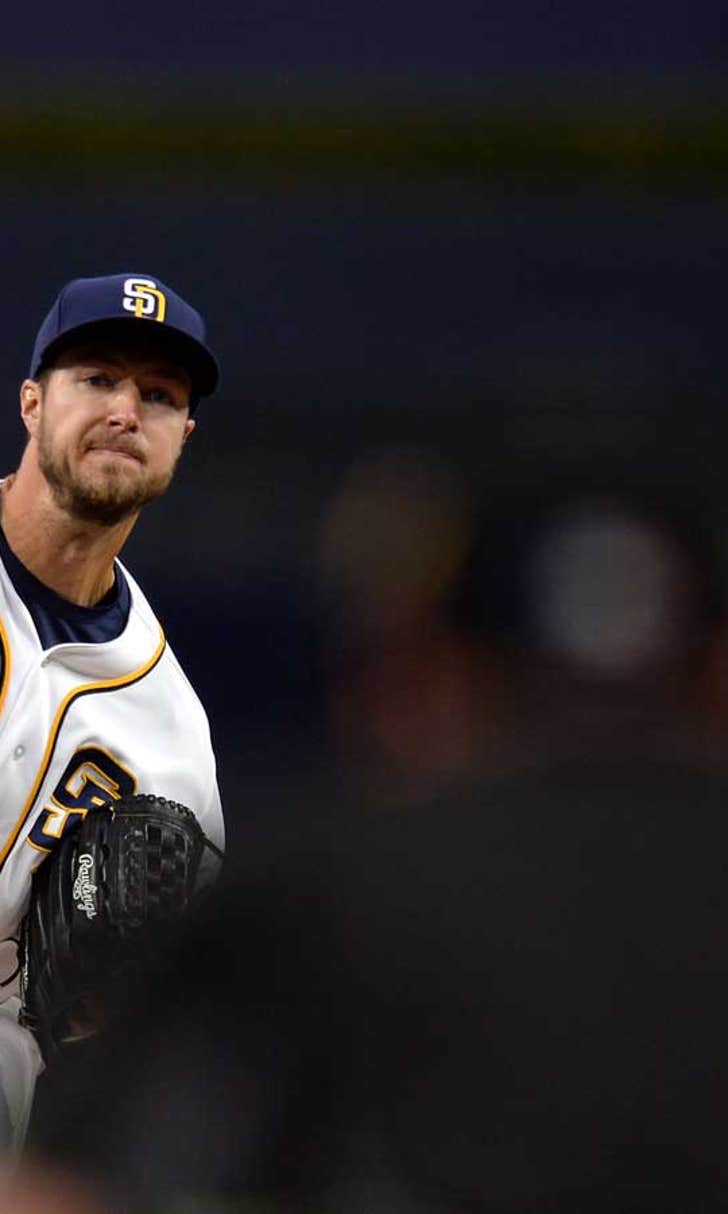 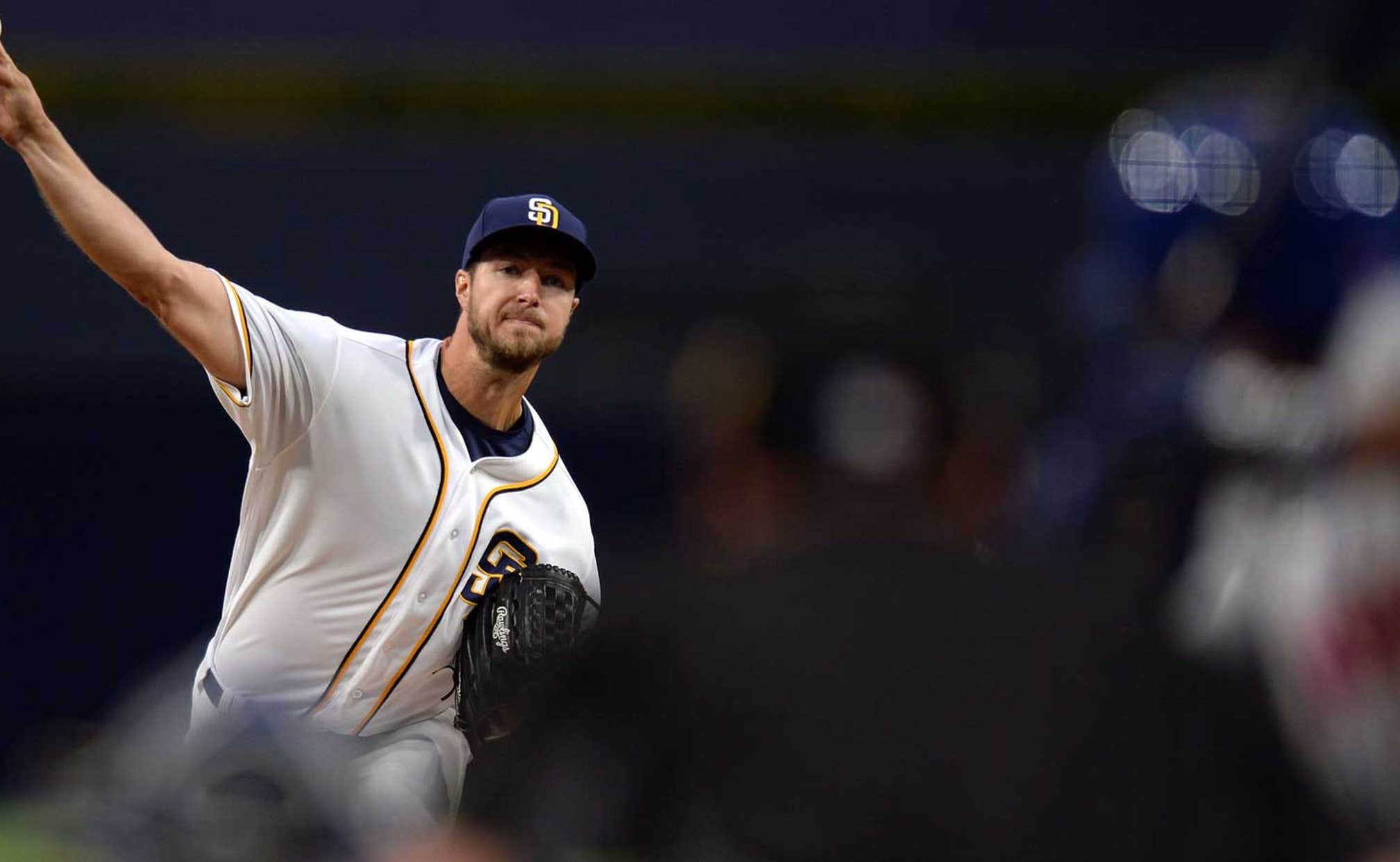 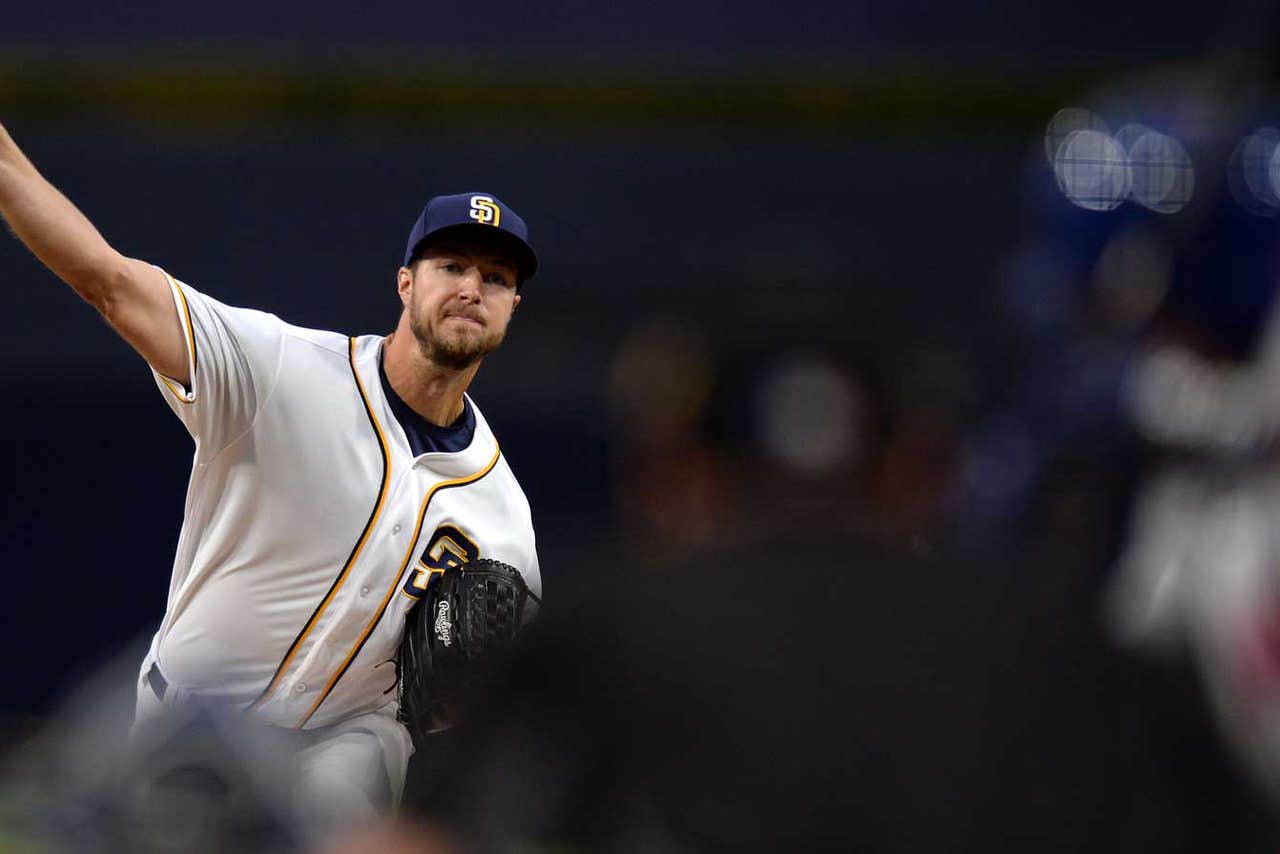 With Madison Bumgarner the next in line, there's a good chance both streaks can continue Tuesday night against the San Diego Padres.

San Francisco (22-18) enters Petco Park for this three-game series on its best run of the season, mainly because its top-heavy rotation is finally getting contributions from the bottom. After Jake Peavy tossed six innings of one-run ball in Saturday's 5-3 win at Arizona, Matt Cain yielded a run over seven to help the Giants complete a four-game sweep with Sunday's 2-1 victory.

Both were highly encouraging performances for a pitching staff that's been carried by Bumgarner, Johnny Cueto and Jeff Samardzija, all of whom will pitch in this series. The Giants are 17-7 in games started by the trio and 5-11 in those opened by Peavy and Cain, who's allowed three runs in 15 innings over his past two starts after producing a 7.84 ERA over his first six.

The rotation has a combined 1.90 ERA over the last 10 games, providing a further challenge for a Padres team that was swept in a three-game set at San Francisco last month and is hitting .227 while averaging 2.9 runs per game at home.

Bumgarner (4-2, 2.72 ERA) held San Diego to two runs and fanned nine over 6 2/3 innings in a 5-4 victory on April 25, the first of three straight winning starts for the Giants' ace. He was in line for a fourth after permitting three hits over 6 2/3 innings Wednesday against Toronto, leaving with a 4-1 lead the bullpen couldn't hold.

The Padres have been receiving solid pitching as well, having posted a 1.96 ERA over the final five of a seven-game trip through Chicago and Milwaukee. San Diego won four of the first six prior to Sunday's 3-2 loss to the Brewers that followed an 8-7, 12-inning victory Saturday night.

"We didn't really have a lot of bullets in the gun, a lot of choices to make (Sunday)," manager Andy Green said. "We had a lot of pitchers in the bullpen down. We had starters up in the `pen at the end. We're using our closer in the eighth inning. Yet there we are in the ninth with a chance to tie the game, and possibly win the game."

Melvin Upton Jr. finished the four-game set 8 for 16 with two home runs and is batting .372 over his last 13 games, though he's one of several Padre regulars with poor lifetime numbers against Bumgarner. Upton is 1 for 16 with seven strikeouts, Wil Myers 1 for 14 and Matt Kemp 9 for 50 with 14 strikeouts.

Colin Rea (3-1, 4.24) opposes Bumgarner and looks to bounce back from Wednesday's shaky outing against the Cubs. He allowed four runs and walked four in five innings after going 3-0 with a 3.00 ERA over his previous four starts.

Rea was outstanding in his last home start, limiting the Mets to a run and three hits over a career-high eight innings in a 5-3 win on May 5.