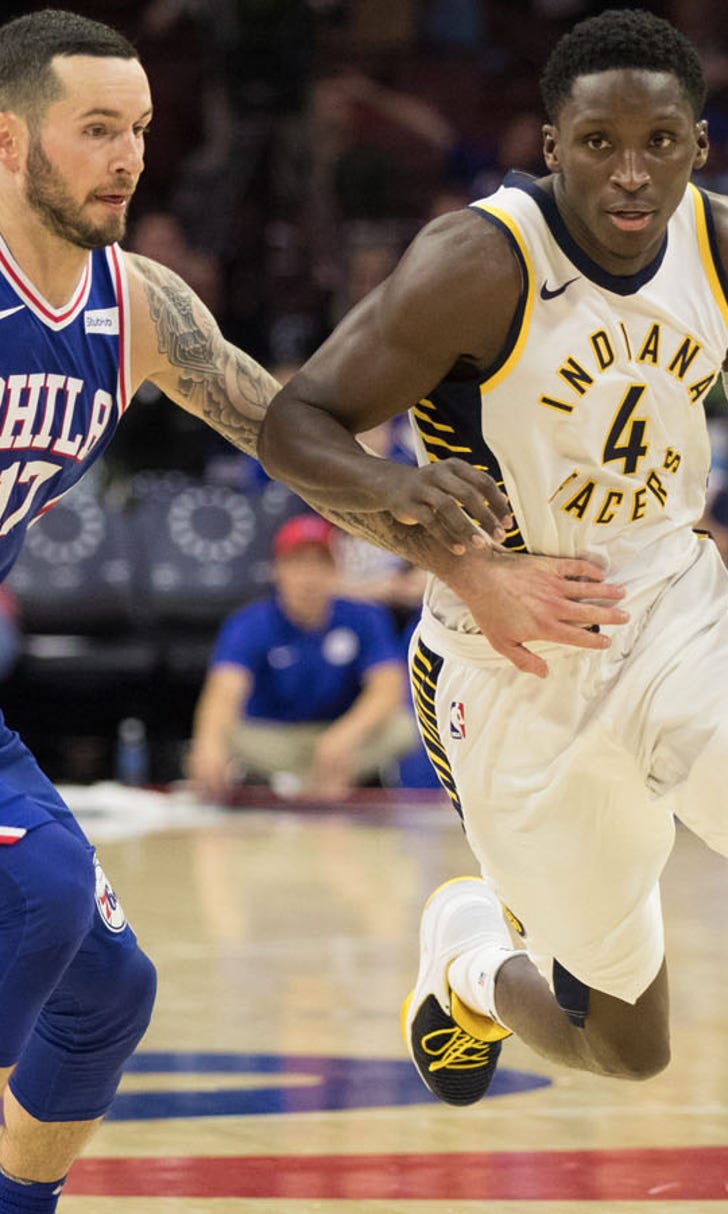 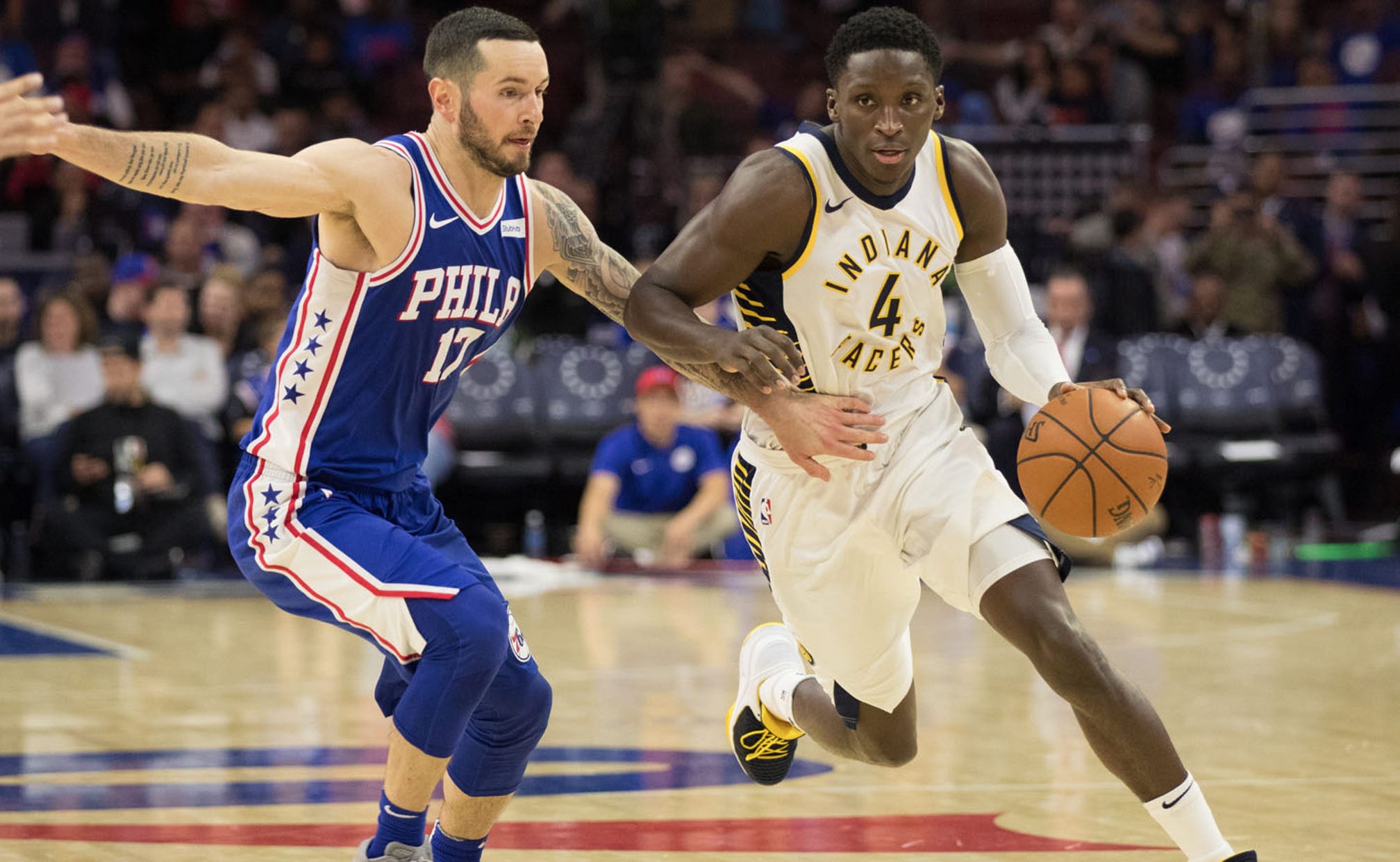 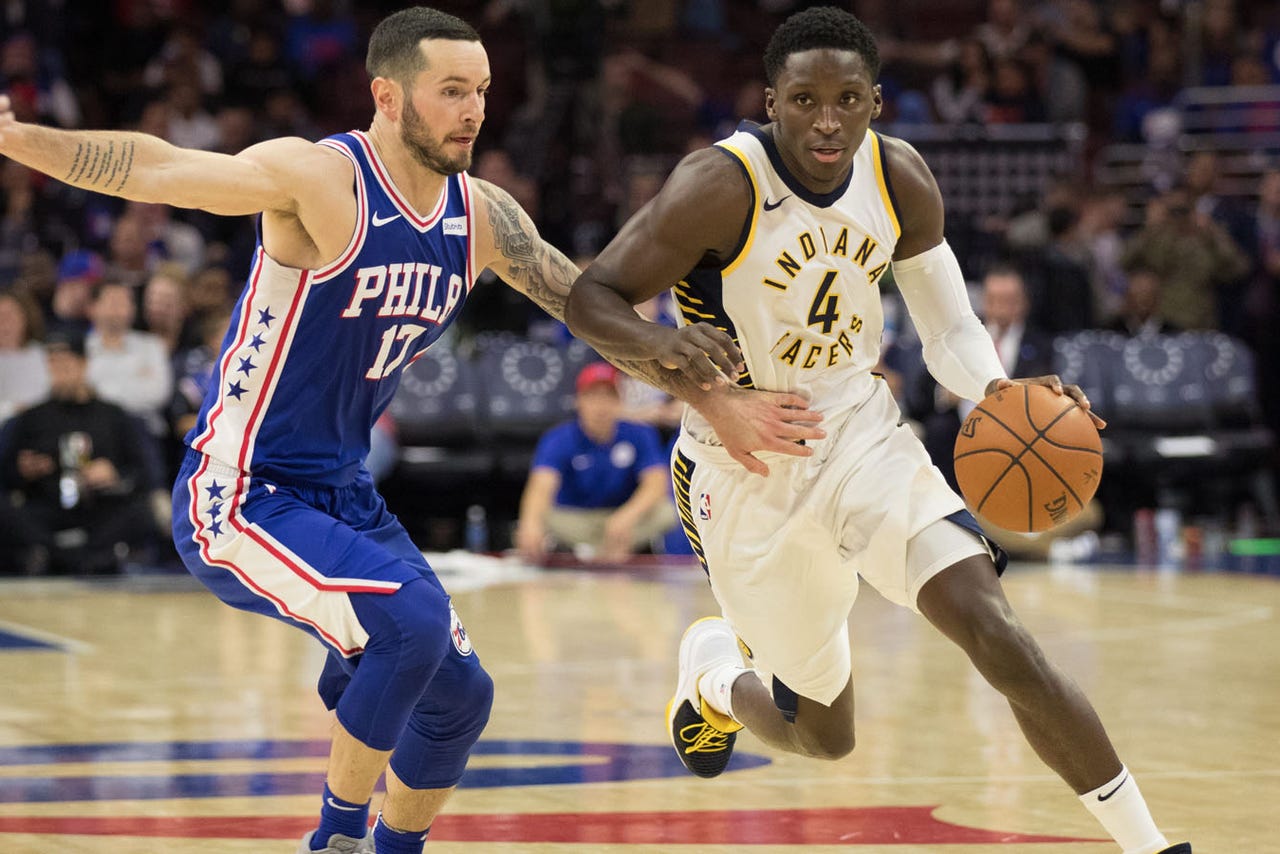 PHILADELPHIA -- J.J. Redick has seen plenty in his 12 NBA seasons, yet he insists he's never heard a louder regular-season crowd.

Those fans in Philadelphia were going bonkers over their new sharpshooter.

Redick scored 31 points and hit three decisive 3-pointers late, Ben Simmons had a triple-double and the 76ers moved above .500 for the first time in nearly four years with a 121-110 victory over the Indiana Pacers on Friday night.

Redick said he had "goosebumps" hearing the ear-splitting sellout crowd finally get a chance to celebrate success.

"We all recognize the significance of tonight and getting over .500 for the first time in a long time," Redick said. "My focus was more on winning. Obviously I had a good third quarter there where I got hot and then the three 3s down the stretch were more about, let's just get a win."

Simmons was pretty good, too. He had 14 points, 11 rebounds and 11 assists for his second triple-double in a rookie season delayed a year because of injury.

The Sixers (5-4) last had a winning record when they were also 5-4 on Nov. 13, 2013, but their painful rebuild appears near an end as they won their fourth straight game.

Victor Oladipo shook off a slow start to score 31 points, Bojan Bogdanovic added 21 and Myles Turner had 11 points and nine rebounds in his return from a concussion for the Pacers. They were outscored 11-0 to close the game as their three-game winning streak was snapped.

"We had a couple possessions where we had open looks," coach Nate McMillan said. "You have to knock those shots down."

After Redick's 3 made it 113-110, Domantas Sabonis was called for a charge at the other end and fouled out. After two empty possessions that included Joel Embiid missing a dunk, Simmons slipped and it appeared Philadelphia was going to turn it over.

But Redick ended up with the ball and drilled an off-balance 3 as the shot clock expired.

"Believe it or not, it is something that I occasionally practice," Redick said.

Each team led by nine points in an up-tempo game before the Sixers took control behind Redick, who signed a free-agent deal with Philadelphia in the offseason.

Turner hadn't played since sustaining a concussion in Indiana's season-opening win against Brooklyn on Oct. 18. McMillan had Turner come off the bench, and after a rusty start, he helped Indiana dominate inside in the first half.

Turner had a thunderous dunk over Dario Saric late in the first quarter and blocked Embiid's jumper early in the second. His 3-pointer ignited a late 9-0 run that helped Indiana to a 63-56 halftime lead.

But Turner struggled with his shot in the second half and Embiid got the better of him late.

"He was a little rusty," McMillan said. "He had to play more minutes than we probably would have liked. Sabonis got in foul trouble. He missed some shots that he's capable of knocking down, and just timing."

Embiid had 18 points and nine rebounds. Robert Covington scored 22 for the 76ers, who shot 50 percent from the field.

Victor Oladipo: "It just felt like the ball kind of didn't bounce our way like it has been the past couple games on the road." #Pacers pic.twitter.com/JjkDzYzcfo

76ers: Richaun Holmes had several loud dunks during an effective third-quarter stint in his season debut. The center had been out since breaking his left wrist in the preseason. ... Furkan Kormaz was assigned to Delaware of the G-League after the game.

Embiid was called for a Flagrant 1 foul late in the first quarter when he swatted Thaddeus Young on the head on Young's dunk.

The Pacers visit the New York Knicks on Sunday night.

The 76ers have three days off before starting a five-game trip out West on Tuesday night at Utah.