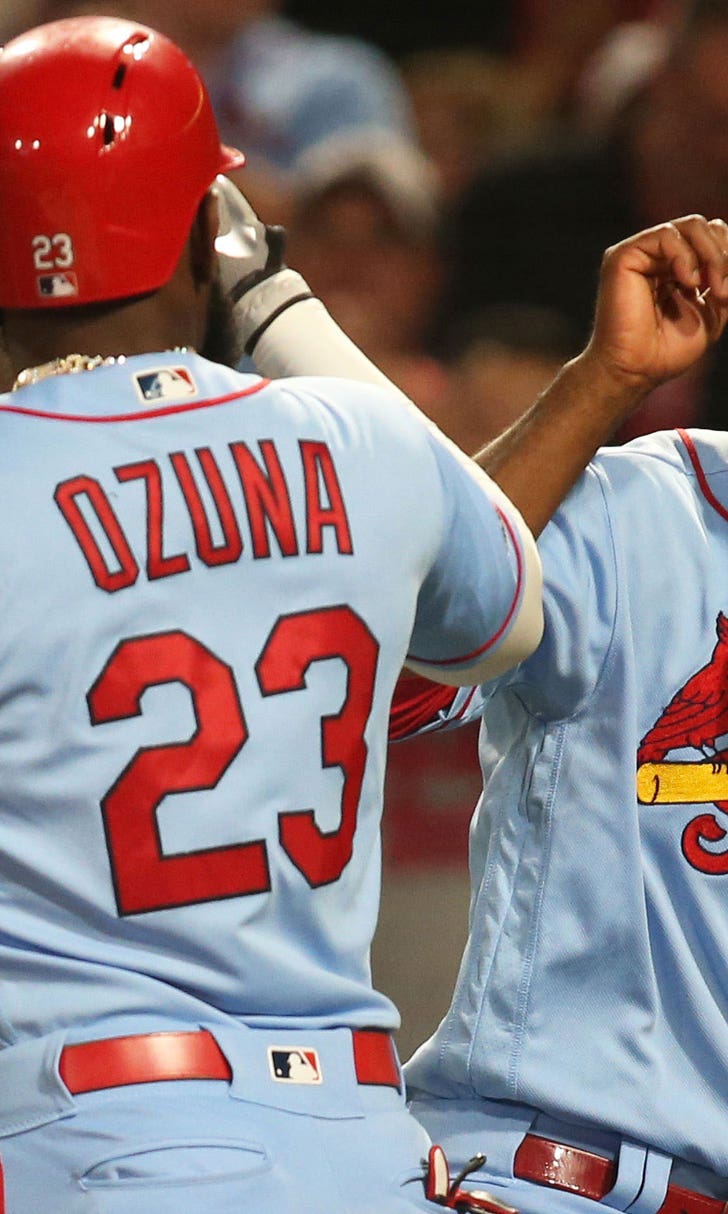 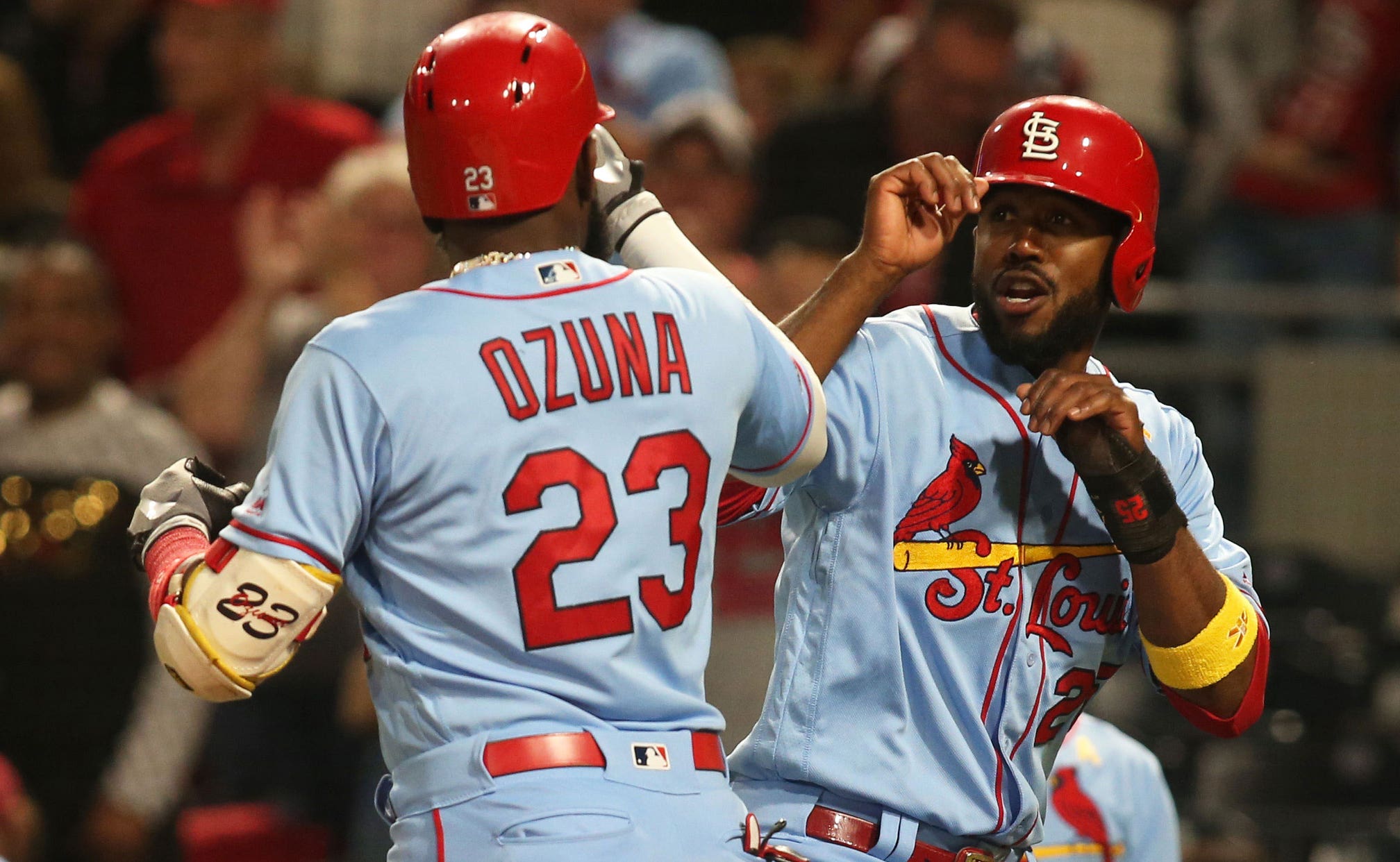 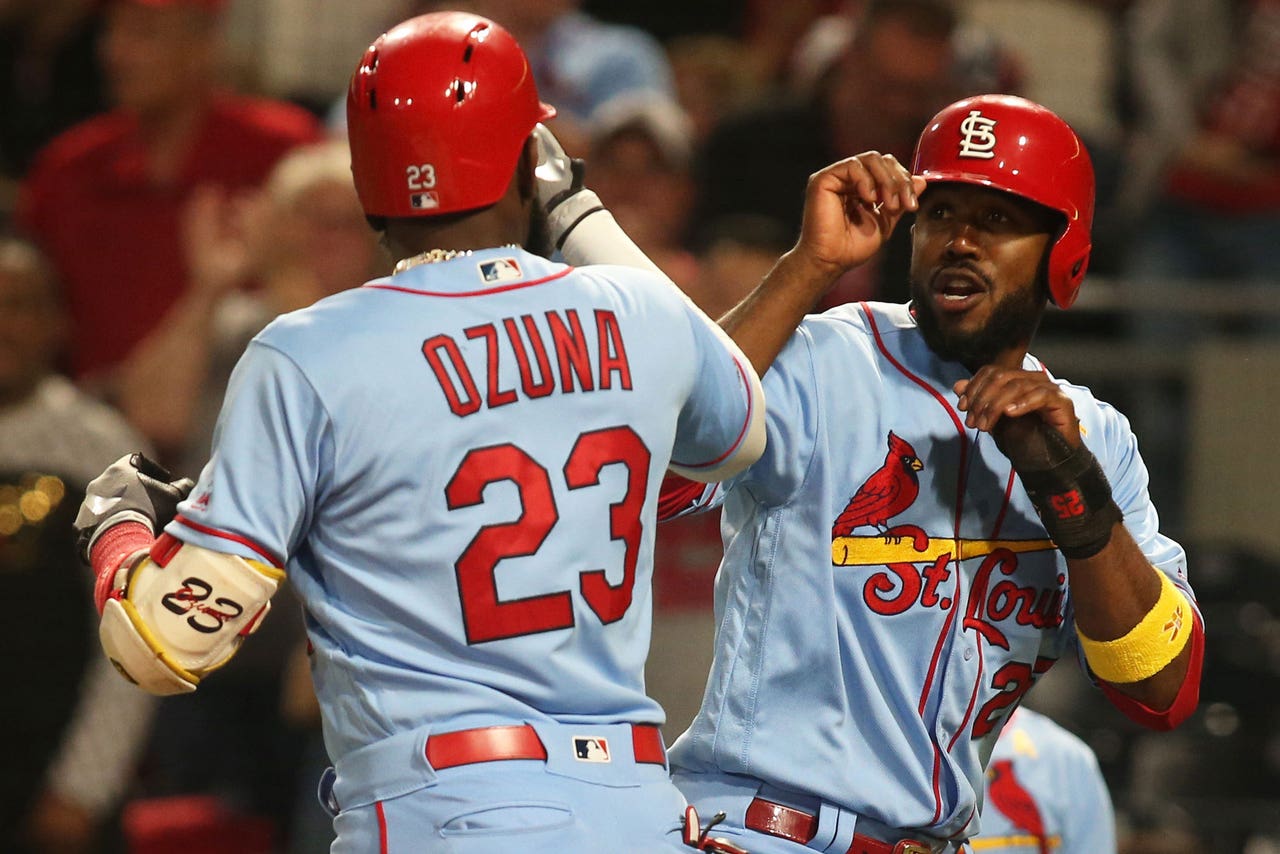 PITTSBURGH — Marcell Ozuna knew he found something in the first inning. He battled for eight pitches before getting ahold of a fastball, only to see it fly right to Pirates left fielder Bryan Reynolds.

The next time up, Ozuna put it all together. He hit a three-run homer to break out of his slump, and Adam Wainwright pitched seven strong innings, to help the St. Louis Cardinals extend their lead atop the NL Central with a 10-1 win over Pittsburgh on Saturday night.

"I was ready to swing," Ozuna said. "I was ready to battle. (We had runners on) first and second. (Paul Goldschmidt) had flied out. Let me go after one. A couple games, I don't drive in any runs. That one swing in the first at-bat, I said, 'I think I got it.'"

The Cardinals are 3 ½ games ahead of the Cubs for first in the Central with Chicago's 3-2 loss to Milwaukee.

After Dexter Fowler opened the scoring with an RBI single earlier in the third inning, Ozuna connected against Steven Brault (4-4) for his 26th home run of the season and a 4-0 lead. The cleanup hitter also walked twice after having two hits in his previous 35 at-bats.

Wainwright (11-9) helped himself, and the Cardinals wearing their baby blue uniforms, with a double and single while lasting seven innings for the second straight start. He gave up one run and six hits.

"Today was about bucking the trend and personal challenges," Wainwright said. "They say the Cardinals don't win in the baby blues. They say Waino doesn't pitch well in Pittsburgh. So perfect. Those were the two thoughts I went into the game with trying to prove that wrong."

Starling Marte drove in the Pirates' run with a single in the third. He had three RBIs and four hits, including a first-inning triple Saturday, in seven at-bats in two games since missing the previous two with a leg injury.

Tommy Edman and Harrison Bader chased Brault with a pair of RBI singles that extended the lead to 6-1 in the sixth. Brault allowed six runs and six hits in 5 1/3 innings with two walks, a balk, a wild pitch, and a hit batter.

"Below average command today was his biggest problem," Pirates manager Clint Hurdle said. "He had eight three-ball counts on the day. ... Not a lot of swing and miss. He's had more in the past with two walks and two strikeouts. He went out there fighting. He just wasn't sharp."

Paul DeJong tacked on two more runs with a double off Clay Holmes, making it 8-1 in the seventh. Bader hit an RBI double in the ninth before Andrew Knizner scored on a groundball to cap it.

"We show up ready to go every night," Cardinals manager Mike Shildt said. "Get better as the series goes. ... Guys just had tough at-bats, and just added on."

Cardinals catcher Yadier Molina extended his hitting streak to 14 games with a single to center in the ninth inning. His career-best string is 16 games.

Pirates: RHP Mitch Keller is expected to rejoin the starting rotation Tuesday after sustaining a right wrist contusion Sept. 3. He was originally in line to start Sunday.

Cardinals: RHP Jack Flaherty (9-7, 3.14) is coming off his best outing of the season. He allowed one hit with eight strikeouts in eight innings of a 1-0 win against San Francisco on Sept. 3.

Pirates: RHP James Marvel (0-0) will make his major league debut Sunday. He was 7-0 with a 2.67 ERA in 11 starts for Triple-A Indianapolis this season.