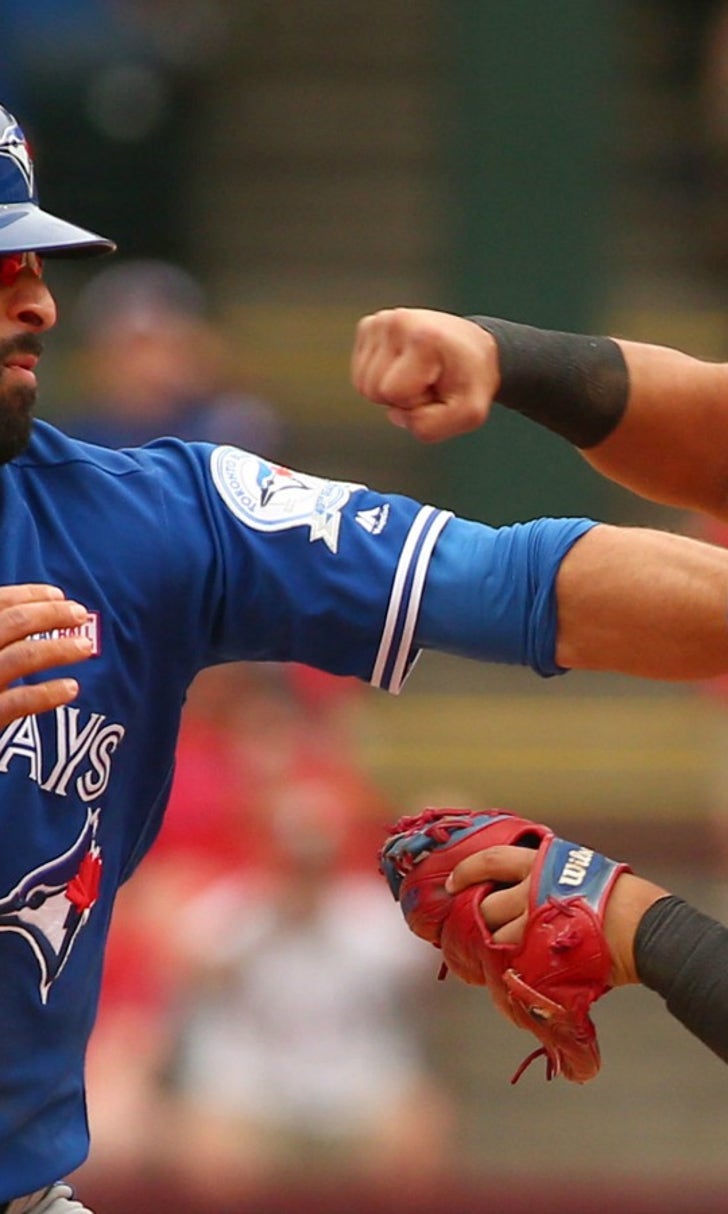 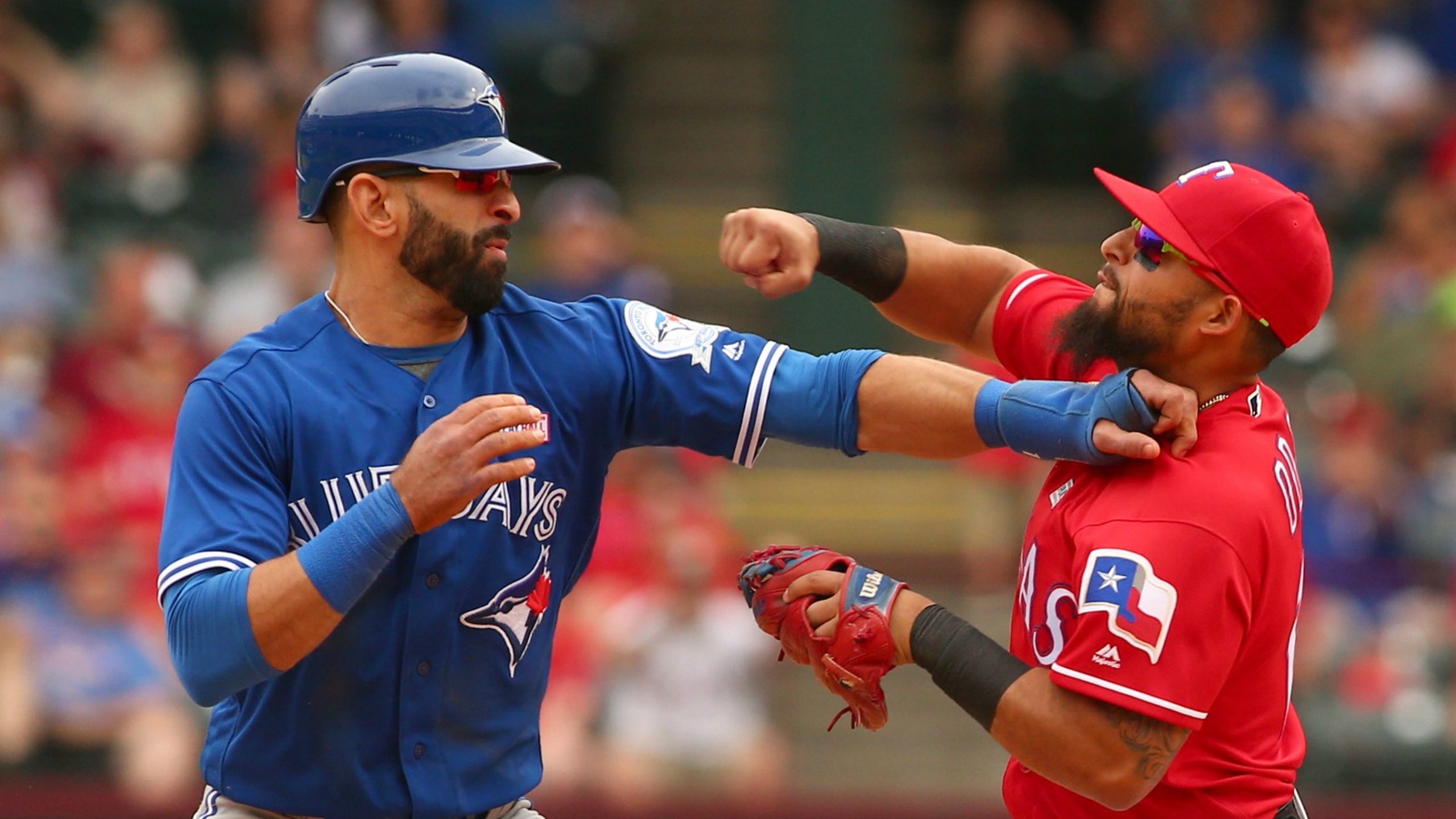 previous story
Detroit's Ausmus suspended over ejection, tirade
next story
For Big Ten, expansion does not appear on horizon

Odor suspended for 8 games, Bautista for 1 for brawl

Major League Baseball disciplined 14 players and staff for their roles during Sunday's brawl at Arlington, Texas.

"I knew I was going to be suspended," Odor said before Texas' game at Oakland. "I have to follow the rules, and I'm just waiting for the appeal. I want to be with my team all year. I don't want to be out eight games."

Bautista, who made a hard takeout slide at second base on Odor, was suspended for one game by MLB senior vice president Joe Garagiola Jr. for his actions and postgame comments

"The rules are fair for punishment," Rangers manager Jeff Banister said. "They are in place for a reason. We'll live by them and move on."

Odor, Bautista and Chavez appealed their discipline, which will be held in abeyance pending a resolution. Andrus was to serve his penalty Tuesday at Oakland.

The amount of Odor's fine was disclosed by a person familiar with the discipline who spoke on condition of anonymity because the figure was not announced.

"I wish I struck out Pillar and not given up a run," said Bush, who made his big league debut last week. "Other than that, I think I handled the situation very well. I'm having fun."

Toronto third baseman Josh Donaldson, the reigning AL MVP, was fined for aggressive actions along with outfielder Kevin Pillar. Bench coach DeMarlo Hale, who was acting manager following Gibbons' ejection, was fined for Chavez's intentional actions after teams had been warned by umpires.

Gibbons, who was suspended one game last August for returning to the field during an altercation with Kansas City after being ejected earlier that game, said he was surprised by the length of his suspension this time around.

"That was a little excessive," Gibbons said. "But what are you going to do? I've got enough issues to worry about."

"That's your team out there," he said. "It makes sense to me that you should go out there and try to keep things under control, but that's not the rules so you've got to live with that."

Tensions between the Blue Jays and Rangers stemmed from last season, when Bautista hit a tiebreaking three-run homer in Game 5 of the AL Division Series, admired the shot and then dramatically flipped his bat - a breach of baseball etiquette that requires batters to immediately and undemonstratively start running the bases after hitting a homer.

In Sunday's game, Bautista slid hard and late into the right leg of Odor and 8 feet past second base. Odor shoved Bautista with both hands, then threw a punch to the jaw that made Bautista's head snap back, causing his sunglasses and helmet to fly off. Dugouts and bullpens emptied.

"It was pretty cowardly of them to wait until my last at-bat to do that in the whole series," Bautista said after the game. "They could have come out and done it, if they wanted to send a message. Again, it shows a little bit more of their colors."

Sports World Mourns Hank Aaron
The Hall of Famer died Friday at the age of 86. Fans, athletes, analysts and more remember a legend on and off the field.
7 hours ago