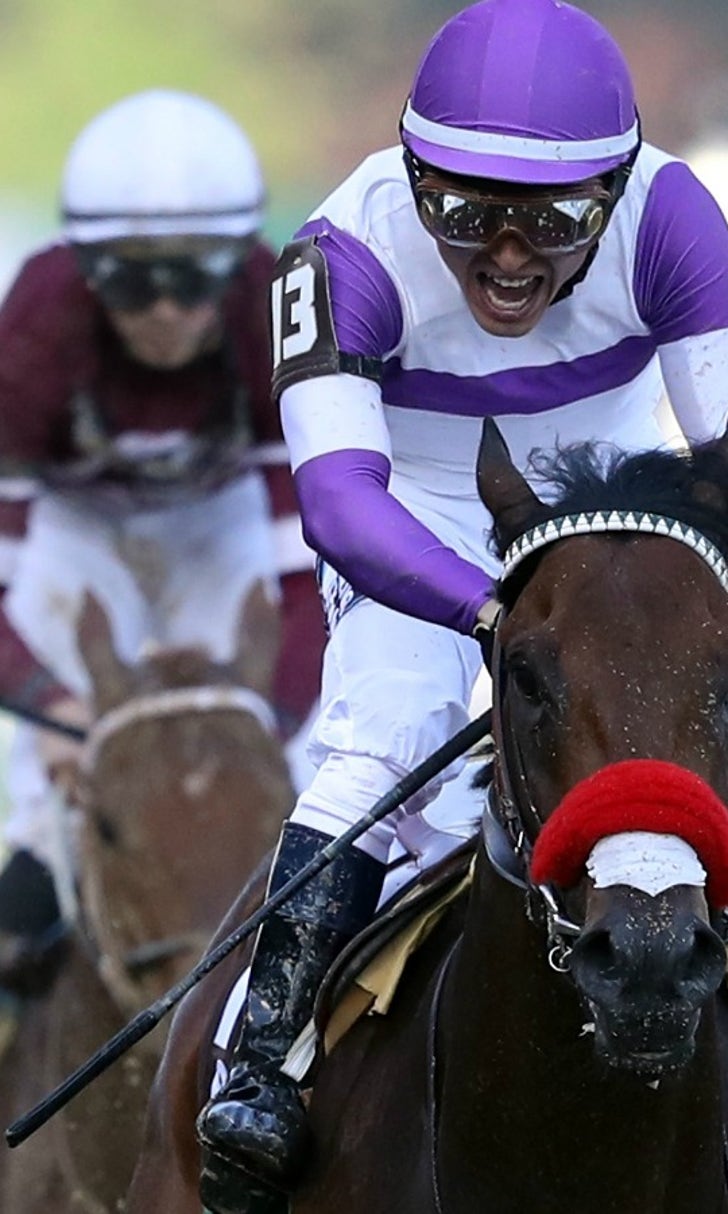 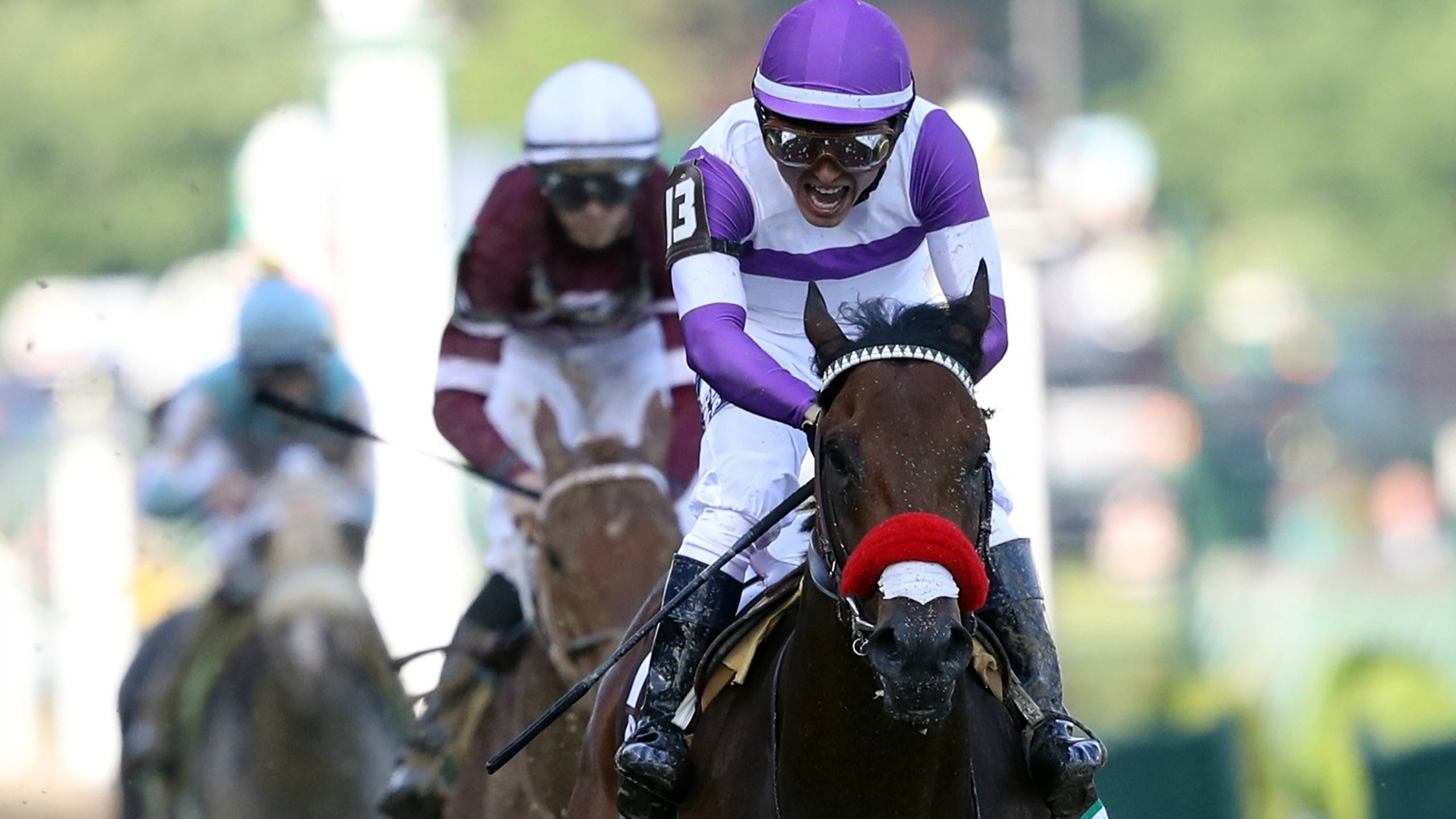 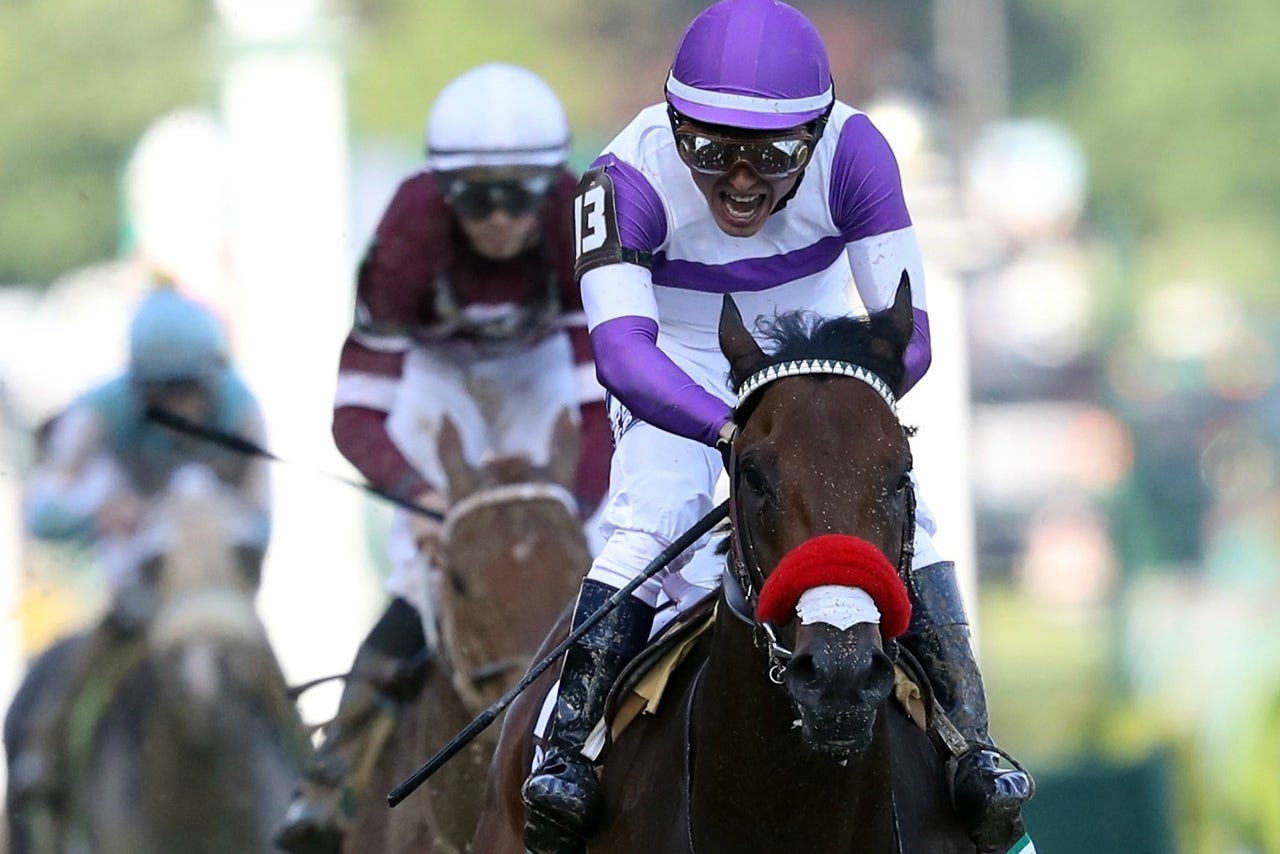 The race went according to form with Nyquist taking a stalking position behind Danzing Candy, who surged to the lead from post 20.

Nyquist moved past Gun Runner on the turn for home and held off the late charge of Exaggerator. Gun Runner came in third, while Mohaymen finished fourth.

"You just knew he was going to figure a way to pull it out in the end," trainer Doug O'Neill said.

"His run was awesome. I love the way he fired out of there and sat behind Danzing Candy," owner J. Paul Reddam said. "This horse is really something."

O'Neill, Reddam and jockey Mario Gutierrez has done this before. In 2012, they teamed to send out I'll Have Another to win the Kentucky Derby and Preakness. I'll Have Another, however, was injured the day before the Belmont and did not have a chance to win the Triple Crown.

The Run for the Roses is the first leg of Thoroughbred racing's Triple Crown.

Headed to get his roses! pic.twitter.com/AuN33cEqHW

Up next is the Preakness Stakes on May 21st. The Belmont Stakes will follow the middle jewel three weeks later on June 11.

Nyquist was sent off as the 2-1 favorite. Exaggerator was the 5-1 second choice.

"I'd like to thank my brother (Dennis) who picked him out," O'Neill said in the winner's circle.

"Nyquist gives 110 percent every time he goes on the track."

As for another Triple Crown winner, following in American Pharoah's hoofprints?

"It happened last year," O'Neill said. "It can happen with a special horse. It's incredible feeling ... an incredible horse.

Nyquist came into the race with $3.3 million in earnings, making him the richest horse to start in Kentucky Derby history. He added $1,631,600 to that with the Derby victory.

Attendance at Churchill Downs was 167,227, second to 2015 when the crowd was 170,513 to watch American Pharoah capture the garland of roses.