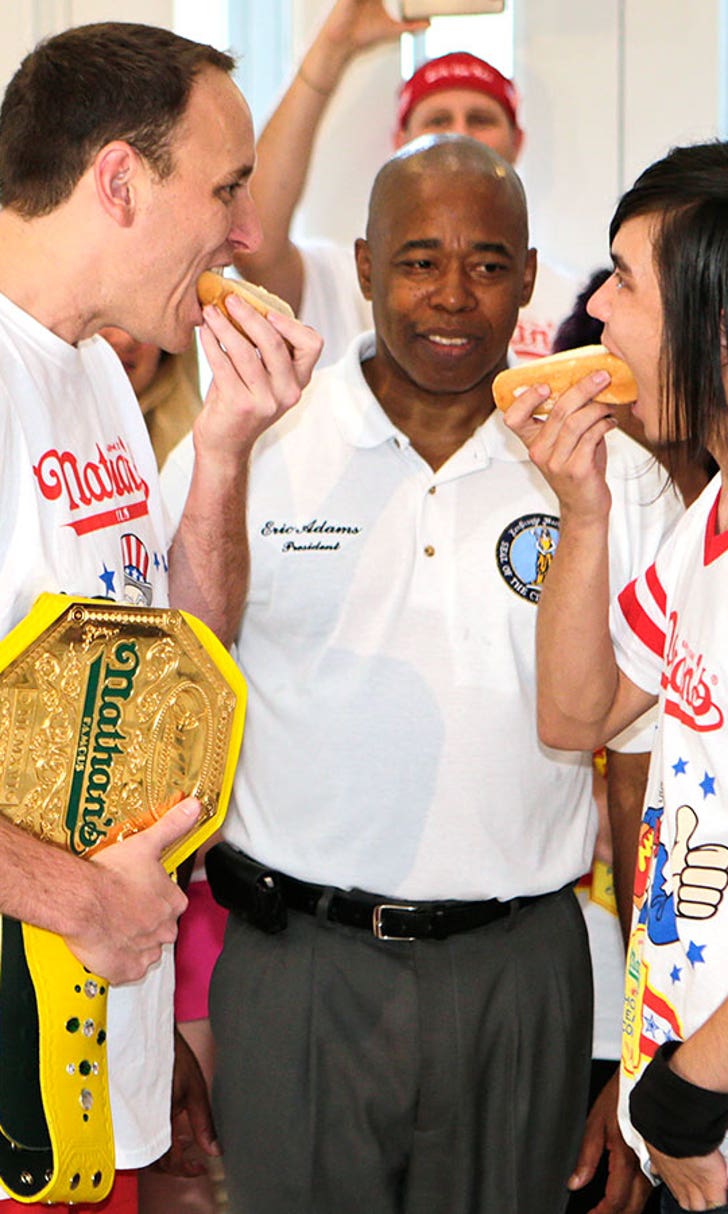 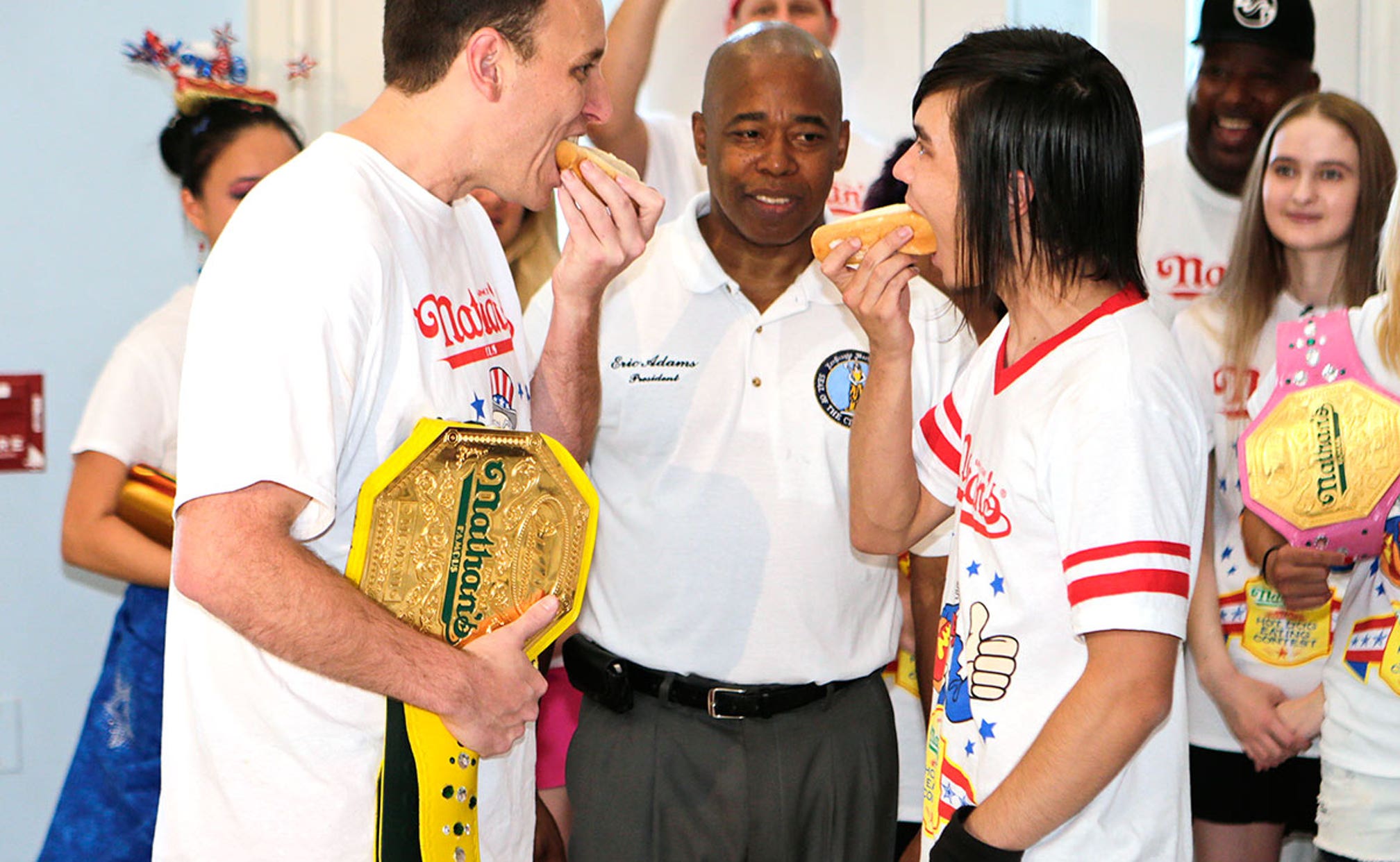 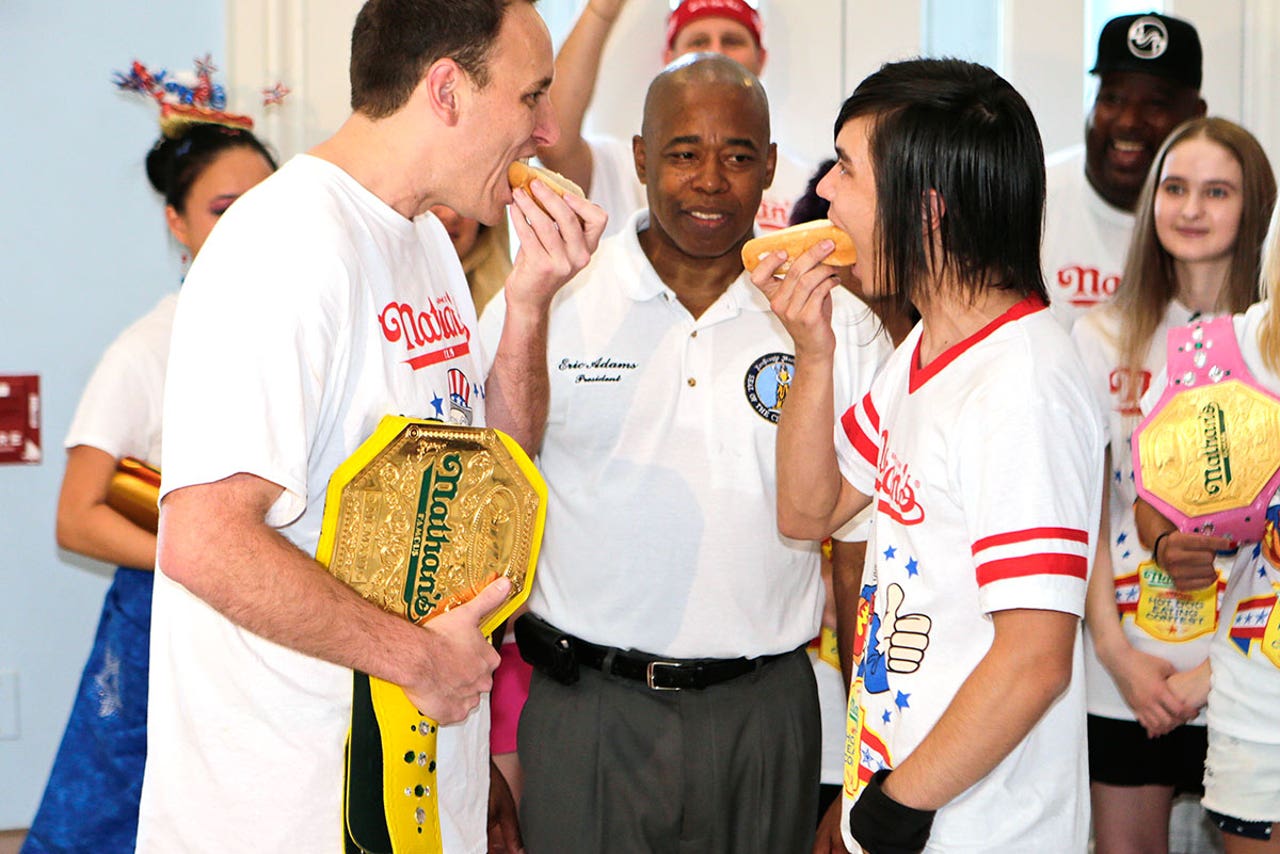 The mustard-yellow belt has found a new owner.

And Stonie was gunning for No. 1 competitive eater in the world Chestnut's title from the get-go, announcing the #DownGoesChestnut hashtag on his Twitter account shortly before the Coney Island contest began.

Though Chestnut may have been distracted after his breakup with his fiancee, whom he proposed to just before chowing down to win his eighth consecutive title in 2014.

Still, Stonie fell short of breaking Chestnut's world record of 69 hot dogs and buns, which were downed during the 2013 competition.