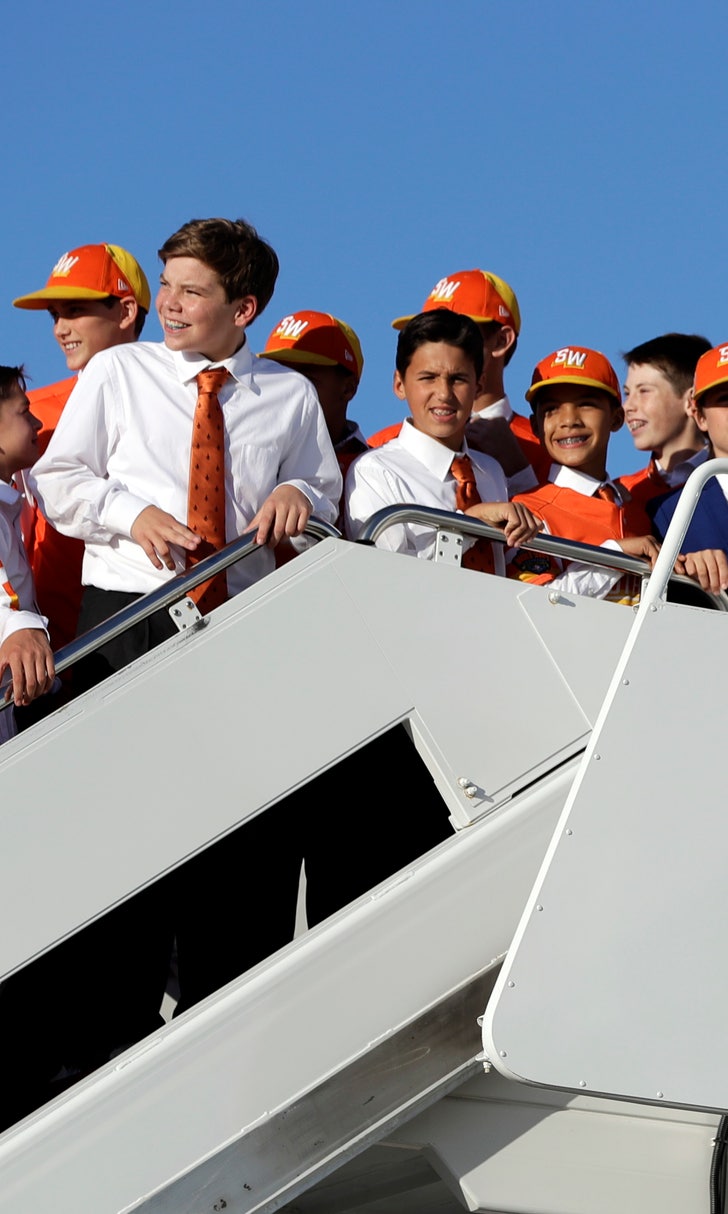 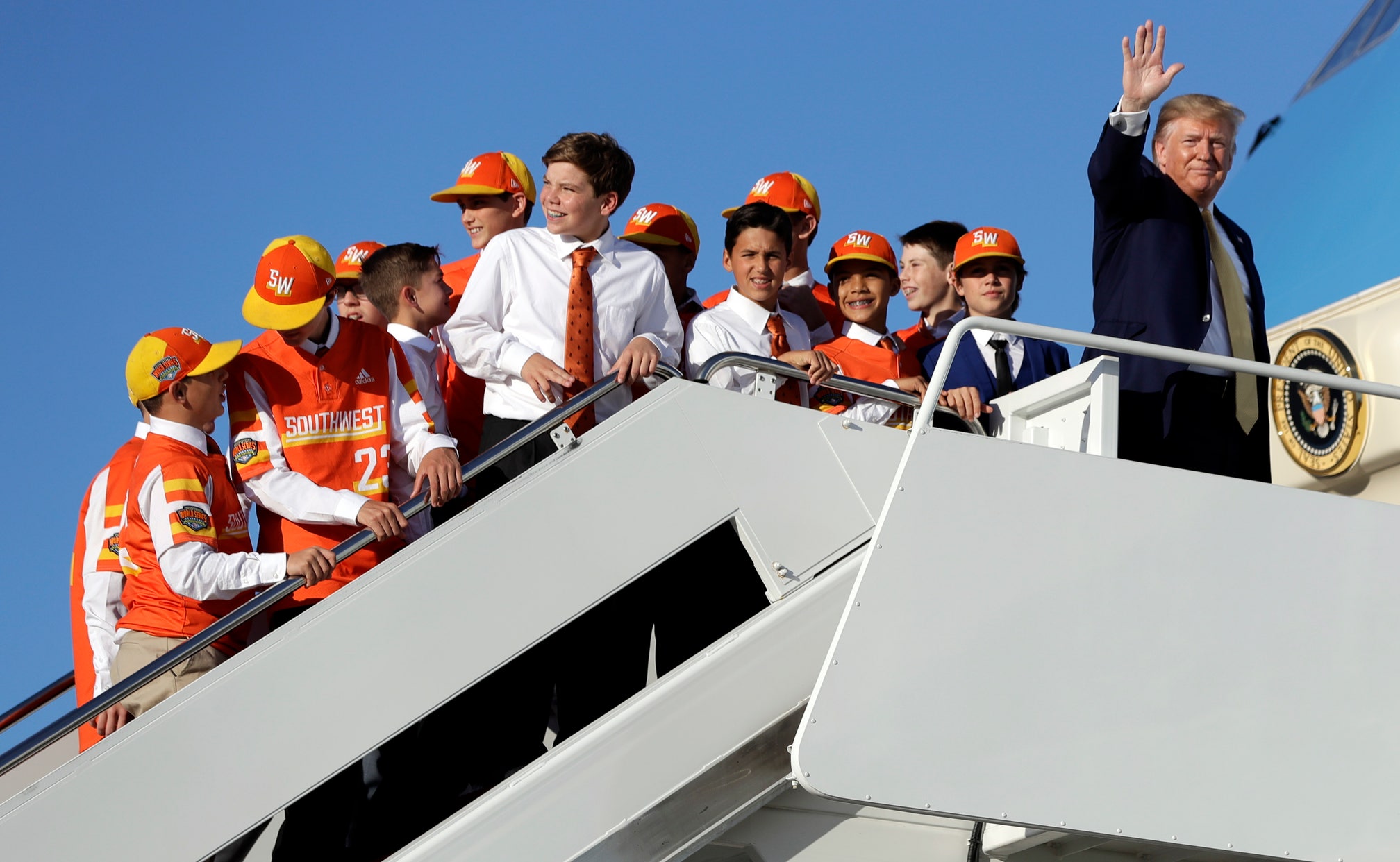 WASHINGTON (AP) — The winners of the 2019 Little League World Series are flying home from Washington to Louisiana in style — aboard Air Force One.

President Donald Trump met with the Eastbank All-Stars on Friday at the White House. The players then met again with Trump at Andrews Air Force Base in Maryland, where they boarded the presidential plane together.

Trump is taking part in a rally in Lake Charles on the eve of Louisiana's election for governor. He is expected to encourage his supporters to vote for either of the Republican candidates over Democratic incumbent John Bel Edwards.

The Eastbank All-Stars are based in suburban New Orleans.