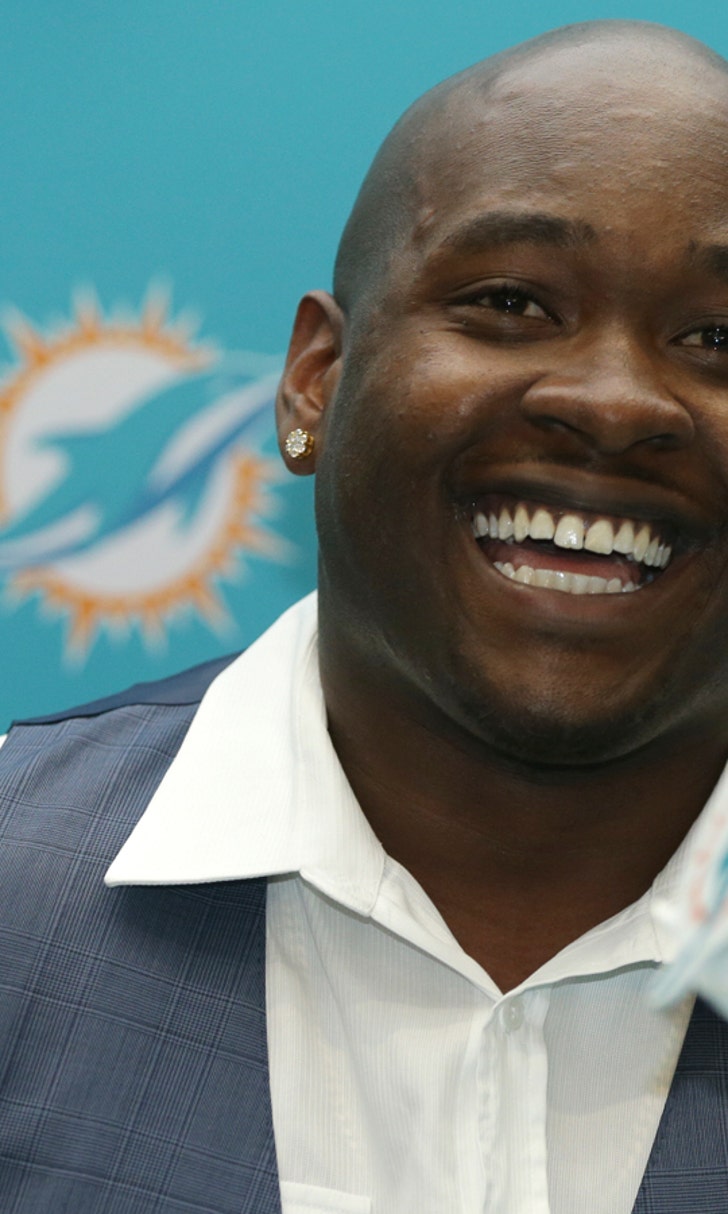 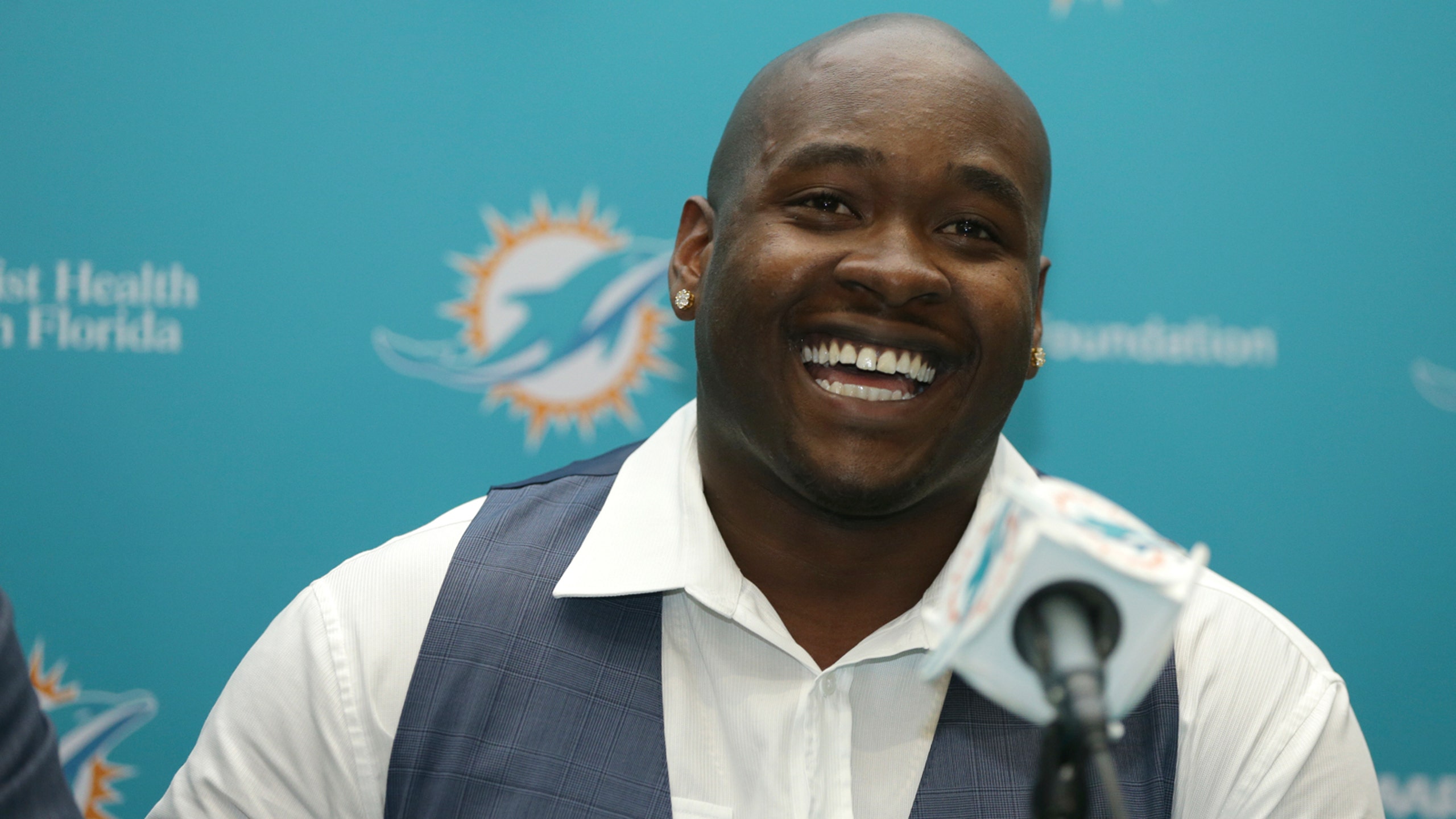 Laremy Tunsil finding his footing after landing with Dolphins 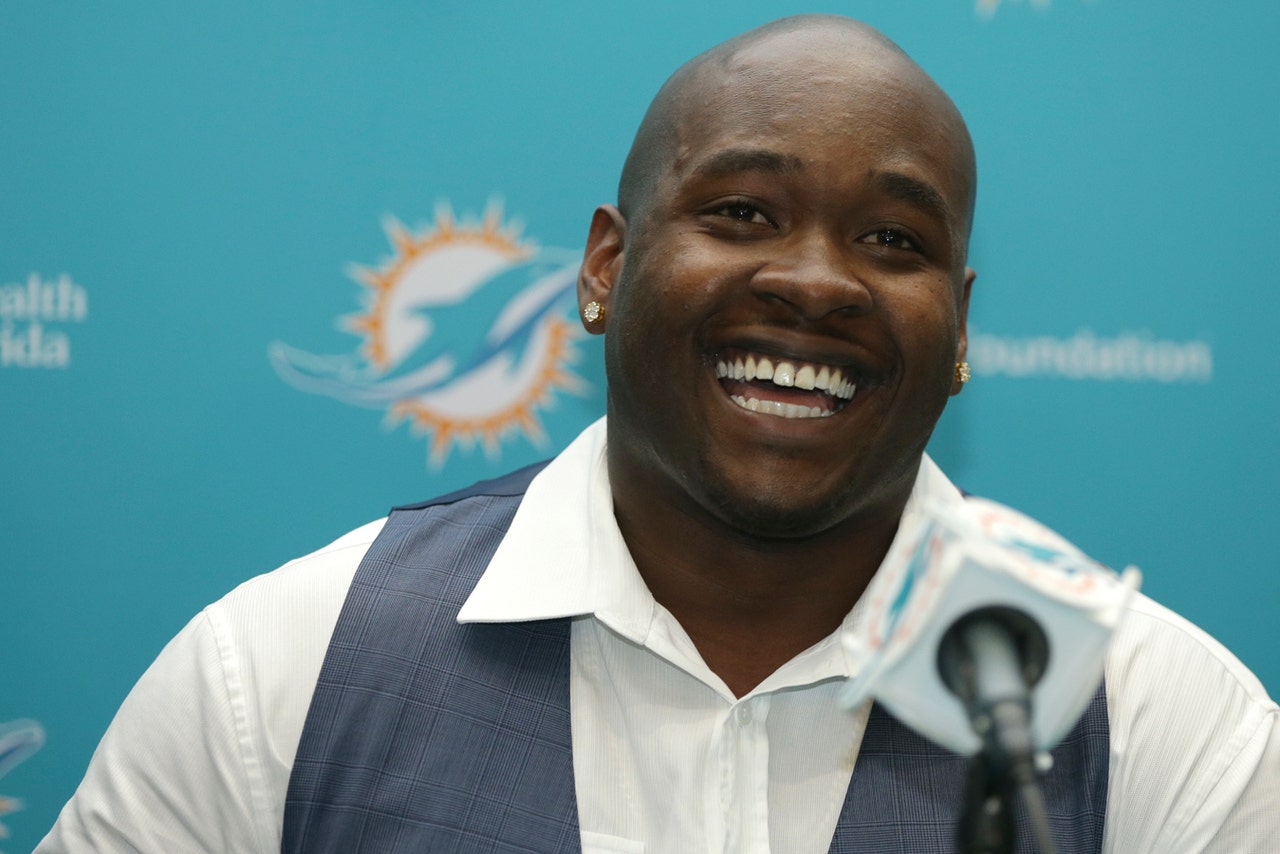 The video cost him millions of dollars in the NFL draft and raised concerns about his character. But Tunsil seemed eager to field questions from the media Saturday during the Miami Dolphins' weekend rookie camp.

"Somebody hit me with one," he said with a smile.

The biggest question may take several seasons to answer: Did the Dolphins gamble wisely when they ended Tunsil's draft freefall by taking him with the 13th pick?

Tunsil believes they did, and said he's not worried that the video might permanently stain his reputation.

"Everybody's got their own opinions," he said cheerfully. "I'm the only one who knows what kind of true character I am. That's for me to prove to everybody."

Tunsil made a favorable first impression on Dolphins coaches during the first two days of the rookie camp.

"He has a great disposition," offensive coordinator Clyde Christensen said. "He has been very impressive in this camp with how he has attacked the learning, and even with the adversity and how he handled it. That could shipwreck you. For a 20-something-year-old guy, I've been impressed with how he's handled it. As an offensive lineman, you've got to keep trucking."

Tunsil is doing just that without complaint. He's fine with whatever position he plays (likely guard), and with whatever uniform number he's assigned (67, after being No. 78 at Ole Miss).

He's not even complaining about the money he lost from sliding in the draft after once being touted as a potential No. 1 pick. This week, he signed a $12.45 million, four-year contract and laughed when asked about it, even though last year's No. 1 overall pick, Jameis Winston, landed a contract for twice as much.

"Man, you live and you learn," Tunsil said at the start of the interview session.

The lessons continue. Last week, Tunsil had an allergic reaction to a seafood lunch he ate hours after arriving in Miami, and said he eventually determined the source of the problem.

"I actually found out what kind of fish it was," he said. "I think it was called mahi-mahi, something like that. I never had that before. Never again -- I can't go through that again."

Mahi-mahi, coincidentally, is also known as dolphin. But Tunsil has had no allergic reaction to his new team.

He was a left tackle at Ole Miss and has never played guard. But both of the Dolphins' starting tackles return this year, so Tunsil is expected to line up at left guard between Branden Albert and center Mike Pouncey.

He caught a touchdown pass in the Sugar Bowl as a tight end, and has playfully lobbied to play that position with the Dolphins.

"We'll worry about the O-line part first, and then move out," Gase said.

Tunsil said the line will be in good hands.

The Dolphins had other more pressing needs going into the draft, but they considered Tunsil too good to pass up, even as his stock sank with the posting of the notorious video.

"I was ecstatic," Christensen said. "The further he dropped, I started getting a little knot in my stomach, and I was like, `Aw, don't get your hopes up.' I couldn't believe it happened. He's such a good player. Not in my wildest dreams did I think we had a chance of him falling that far."