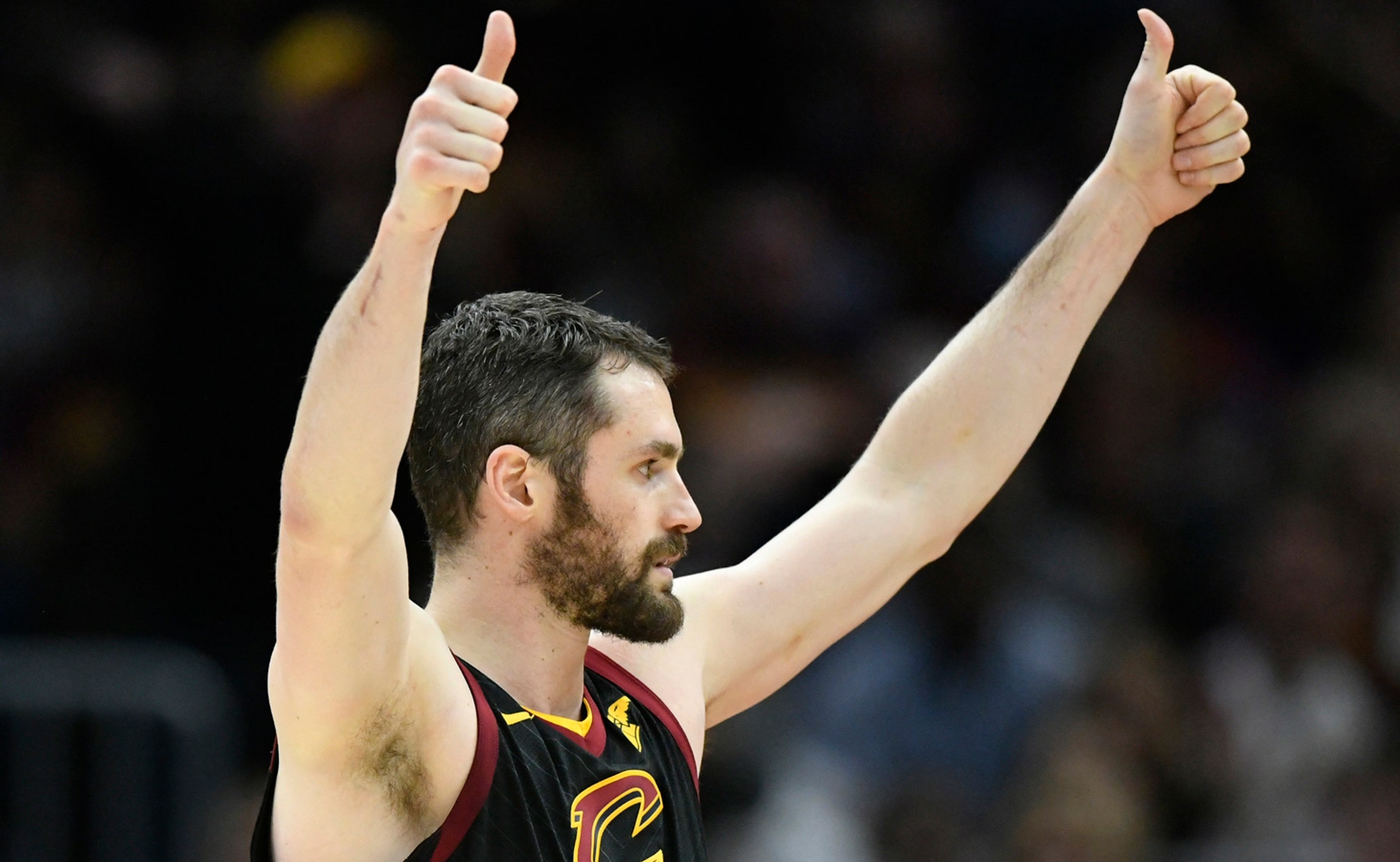 CLEVELAND – The Cleveland Cavaliers and Kevin Love have signed a new multi-year contract extension, Cavs General Manager Koby Altman announced Tuesday. The contract was first announced and signed inside The Q in front of the entire Cavaliers organization and construction crews working on The Q Transformation project in downtown Cleveland.

“We are very excited to announce Kevin’s long-term commitment to the Cavaliers and Cleveland. This quickly became a partnership the second we began these discussions. Collaboration and winning matter greatly to Kevin and that was reflected in this extension,” said Altman. “Kevin’s talent and character are both at a very high level and he has earned his role at the center of what we want to do moving forward. As a five-time All-Star and NBA Champion, Kevin has a special understanding of exactly what success and winning require.”

“When I first came to Cleveland, I came with a long-term mindset,” said Love. “I came here to win. We developed a culture here that reflects that. I’m super excited and I couldn’t be happier. It’s a big commitment for me and it’s a big commitment from the Cavaliers, so I want to thank Dan Gilbert, Koby Altman and the entire organization. I enjoy playing here, I’m excited about the team that we have and look forward to our future together. Cleveland fans have been special from day one and I’m also looking forward to continuing to be a part of this great community.”

Love (6-10, 251) was an NBA All-Star this past season, appearing in 59 games (all starts) for Cleveland and averaging 17.6 points and a team-high 9.3 rebounds in 28.0 minutes per game. He also shot .415 from beyond the arc and a career-high .880 from the foul line. Love was one of just four NBA players to make at least 100 three-pointers while averaging at least 9.0 rebounds in 2017-18 (Karl-Anthony Towns, Nikola Jokic, DeMarcus Cousins). In addition, he recorded 31 double-doubles and scored 20 points or more on 26 occasions, including a season-high 38 points in just 25 minutes versus Miami on Nov. 28. He posted 17 outings of at least 20 points and 10 rebounds.

The 6-10 forward was originally acquired by the Cavs in a three-team trade with Minnesota and Philadelphia on August 23, 2014. Over the past four seasons, Love has appeared in 271 games (all starts) with Cleveland, while averaging a double-double with 17.1 points and 10.0 rebounds in 31.3 minutes per contest. Since the 2014-15 season, he leads the team in total rebounds (2,705), double-doubles (145) and three-pointers (584). In Cavaliers history, Love already ranks fourth in three-pointers made, 10th in defensive rebounds (2,165) and 12th in total rebounds. He has also helped the Cavs reach the postseason in all four years, which includes winning an NBA Championship in 2016. Over his 63 career playoff games (62 starts) with Cleveland, Love has averaged 15.3 points and 9.7 rebounds in 31.1 minutes per game, while recording 27 double-doubles and shooting .404 from beyond the arc and .854 from the charity stripe.