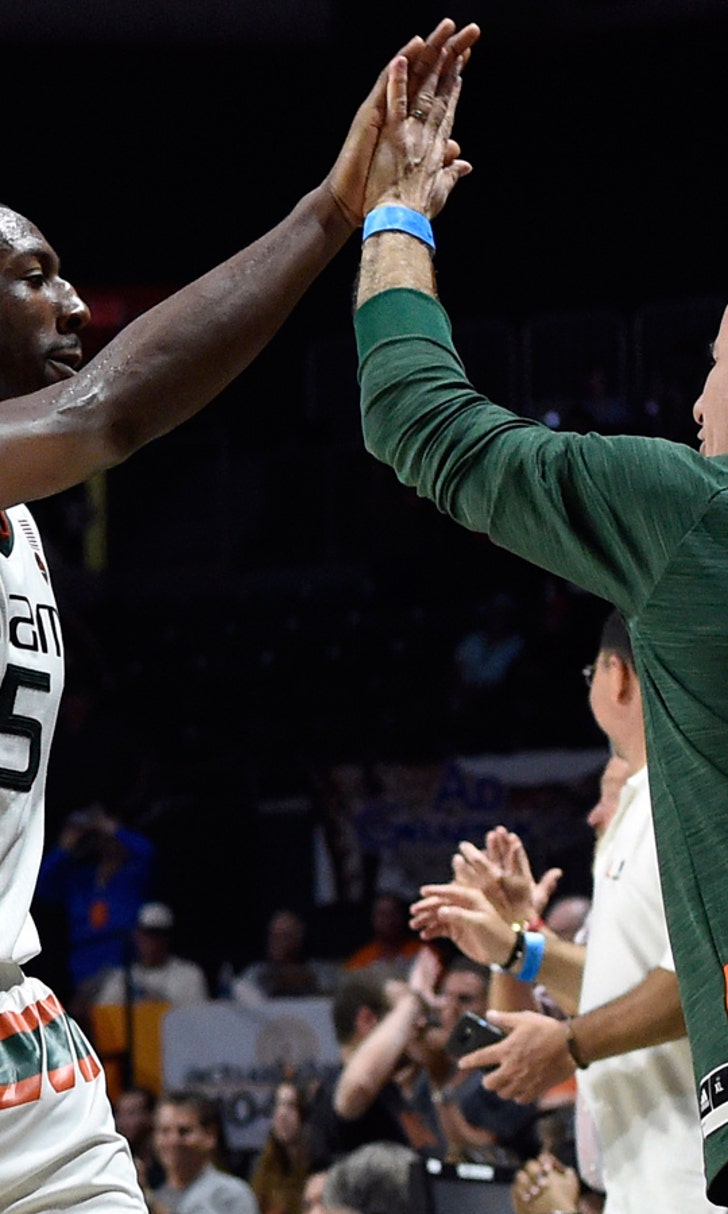 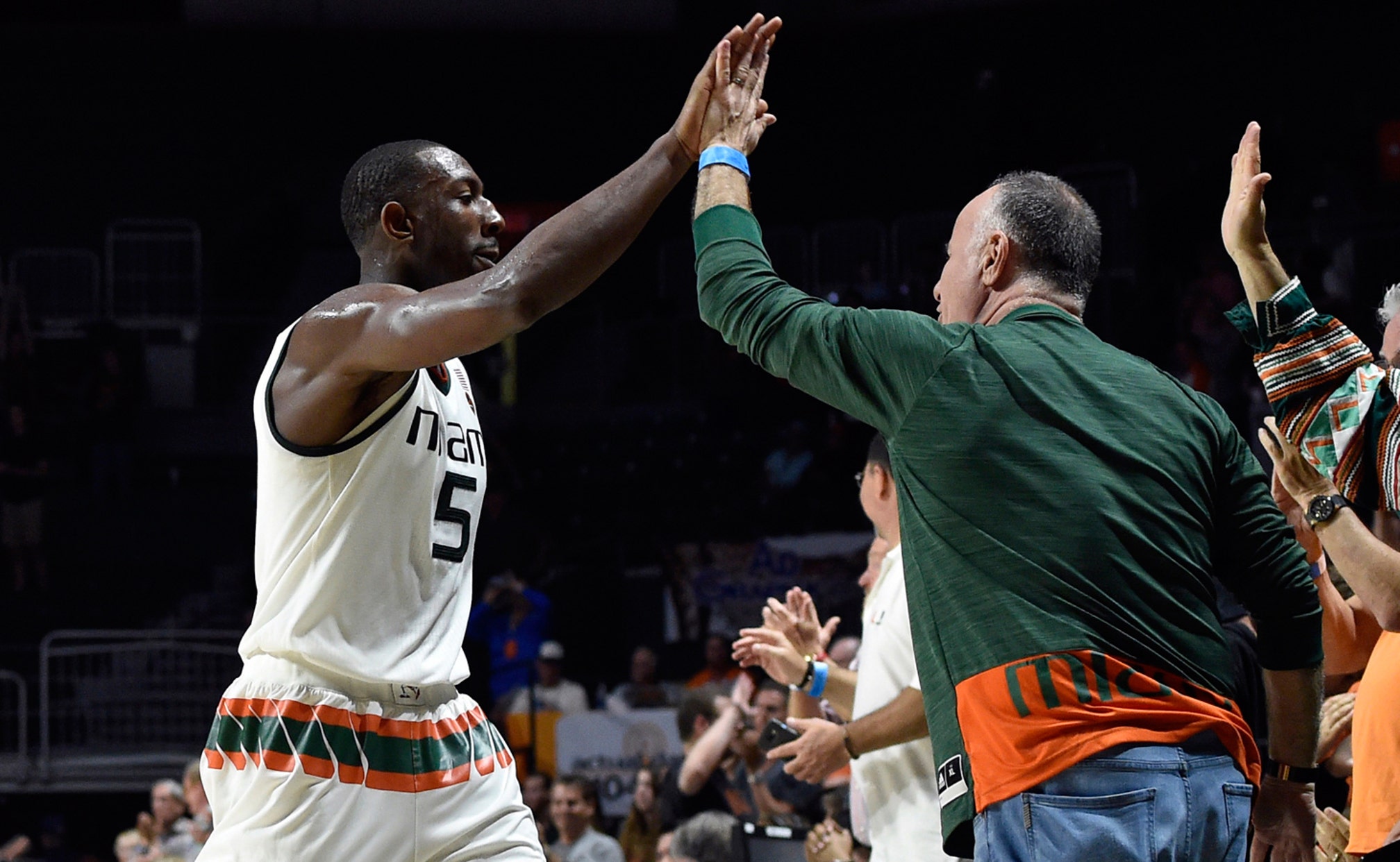 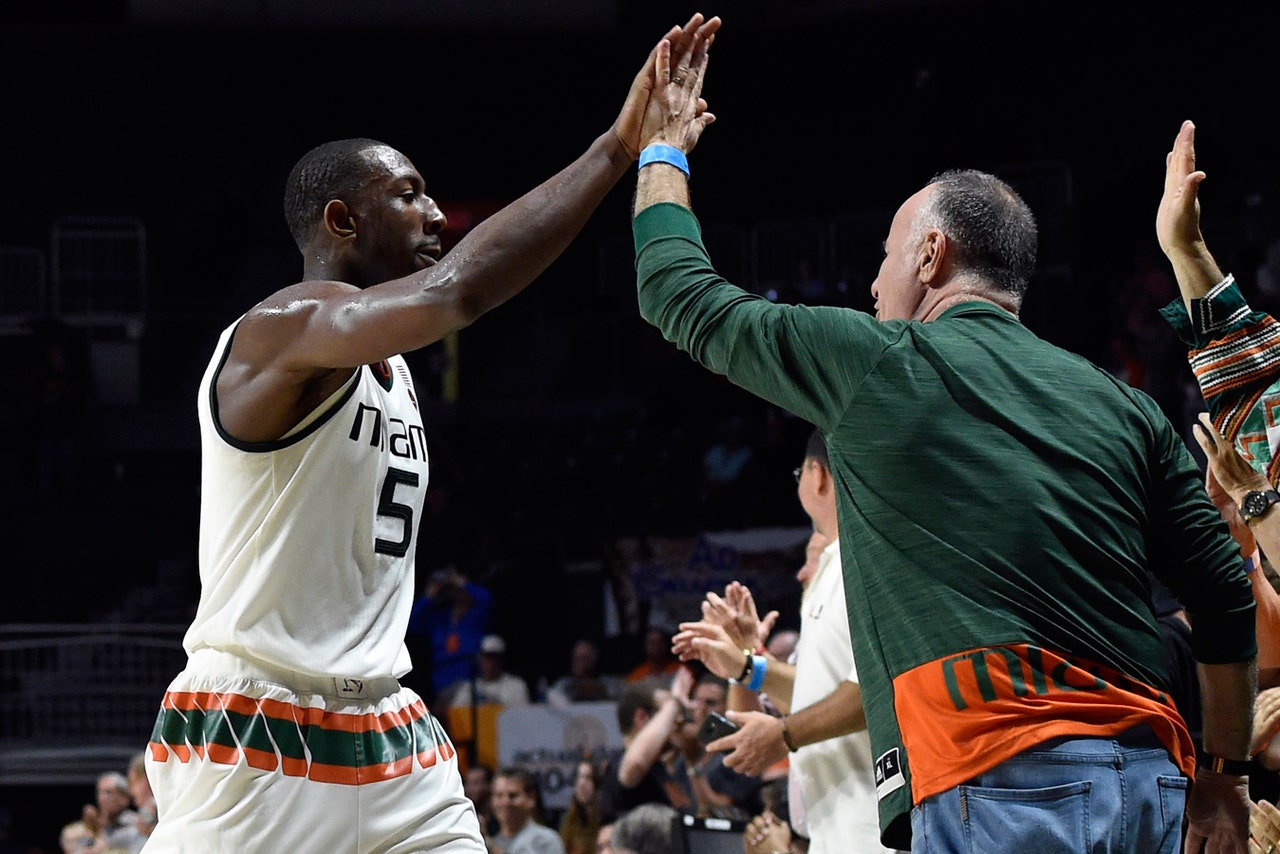 The Hurricanes (18-8, 8-6 Atlantic Coast Conference) played their second game without starting point guard Ja'Quan Newton, who is serving a three-game suspension because of a violation of team rules. Miami coach Jim Larranaga used only two reserves against the Tigers.

"We know every game is crucial at this time," Murphy said. "With guys out, our guys' motto in the locker room has been find a way. Everybody's been stepping up. Whoever has to step up we'll take it and get the win like we did today."

Murphy, whose previous career high was 14 against Wofford on Dec. 3, 2016, contributed heavily. The senior forward shot 7-of-9 from the field and finished with nine rebounds in 35 minutes. Accustomed to scoring near the basket, Murphy extended his offensive game, converting on three mid-range jumpers.

"I was making a joke after the game -- teams have to change their scouting now," Murphy said.

Bruce Brown's 3-pointer with 1:34 remaining gave the Hurricanes a 67-61 lead. Davon Reed converted four free throws in the final 40 seconds to secure the win for Miami. Reed finished with 14 points.

"Part of the key for us is being able to hold people under 70," Larranaga said "If we can do that and do some good things offensively, then we have a good chance."

"I thought both teams played really hard," Clemson coach Brad Brownell said. "It was a very physical, competitive game but the Miami kids made a couple of plays at the end."

Miami finished with 19 assists compared to eight for Clemson.

"Nineteen assists - I like them all," Larranaga said. "Everybody's contributing at the offensive end."

Clemson: the Tigers lost their fourth consecutive game at Miami. Clemson has not won at Miami since 2011.

Miami: the Hurricanes led for 29 minutes. Miami's last deficit was at 24-22 with 8:59 remaining in the first half.

Reed hit another two 3-pointers against the Tigers and has now multiple conversions from beyond the arc in 15 of Miami's last 18 games. Reed also has scored a 3-pointer in every Miami game this season.

The Tigers converted their first six shots of the game but were 1-of-9 from the field, committed two turnovers and missed two free throws in the opening 4:18 of the second half. "In the second half we didn't do a good job coming out of the gate and that's where they got a little bit of separation," Brownell said. "We didn't get momentum-type plays in the second half."

Miami: the Hurricanes visit No. 14 Virginia on Monday.