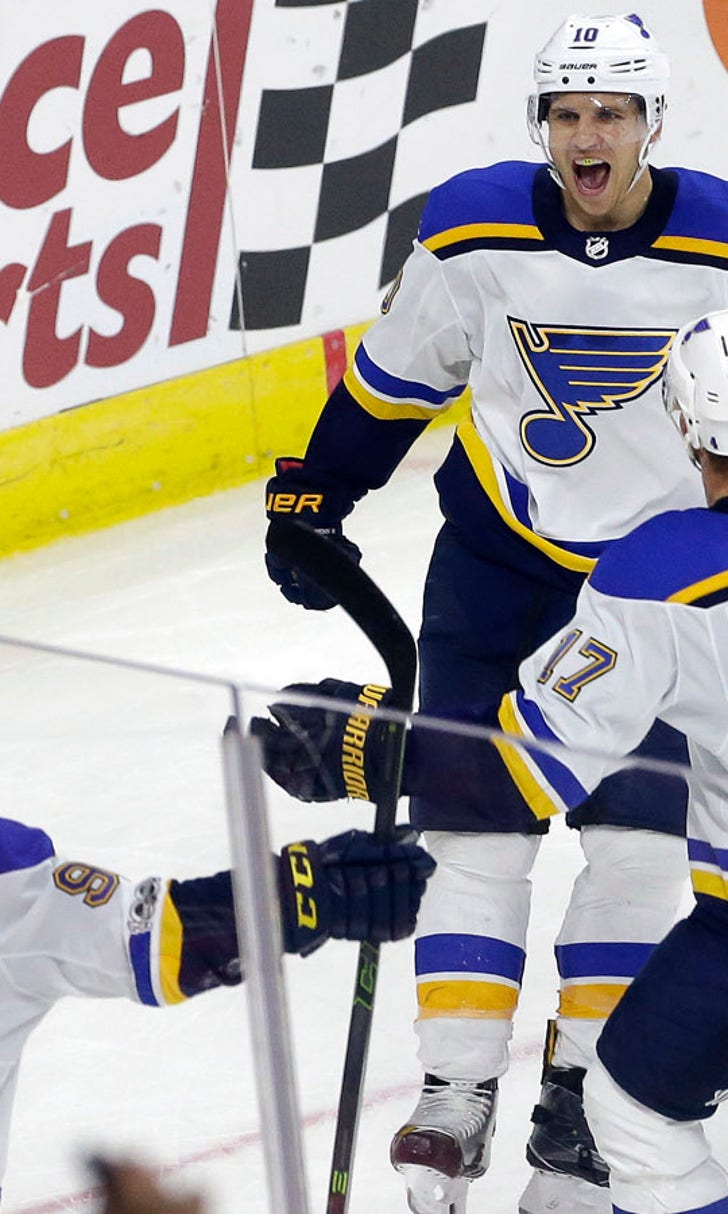 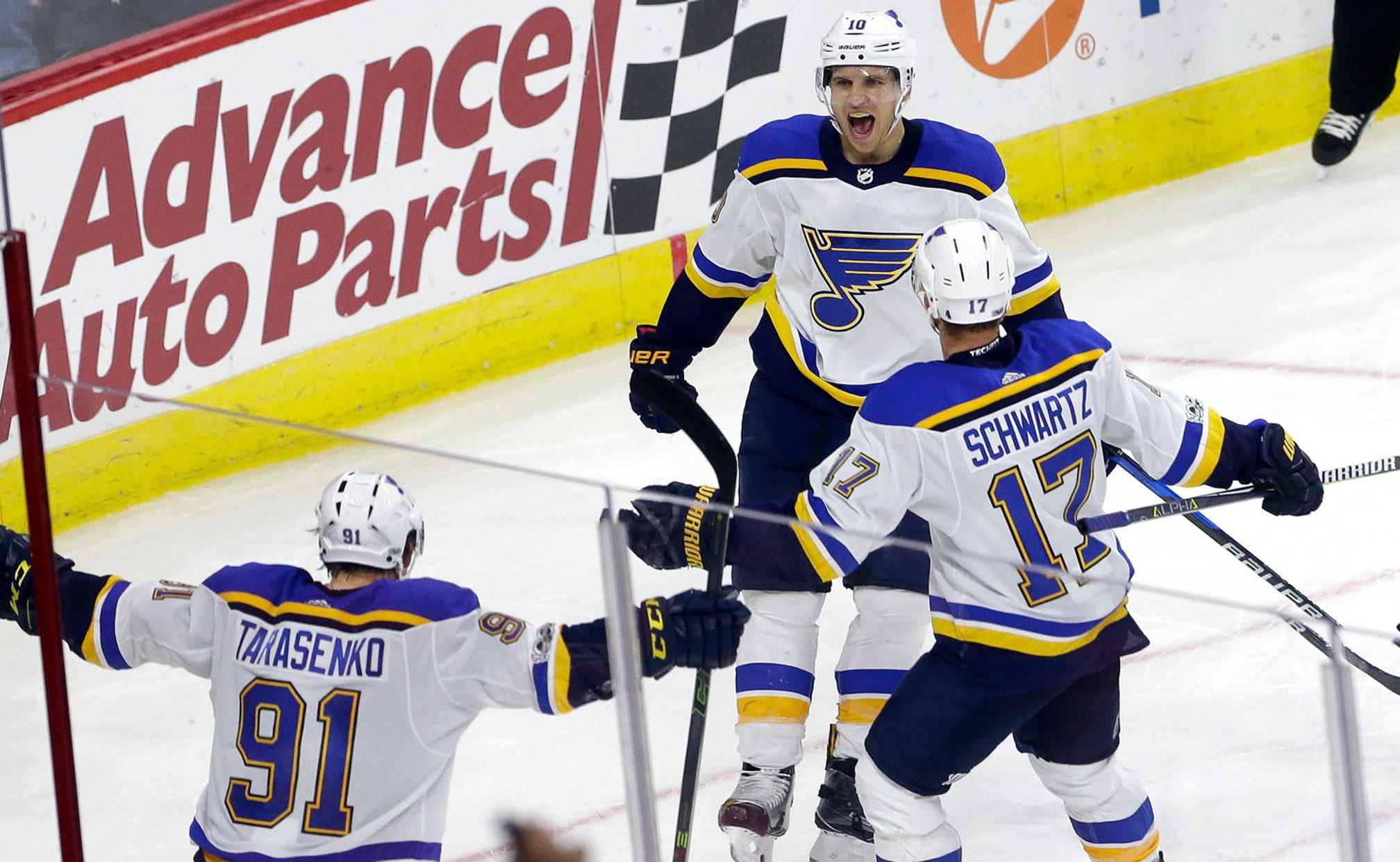 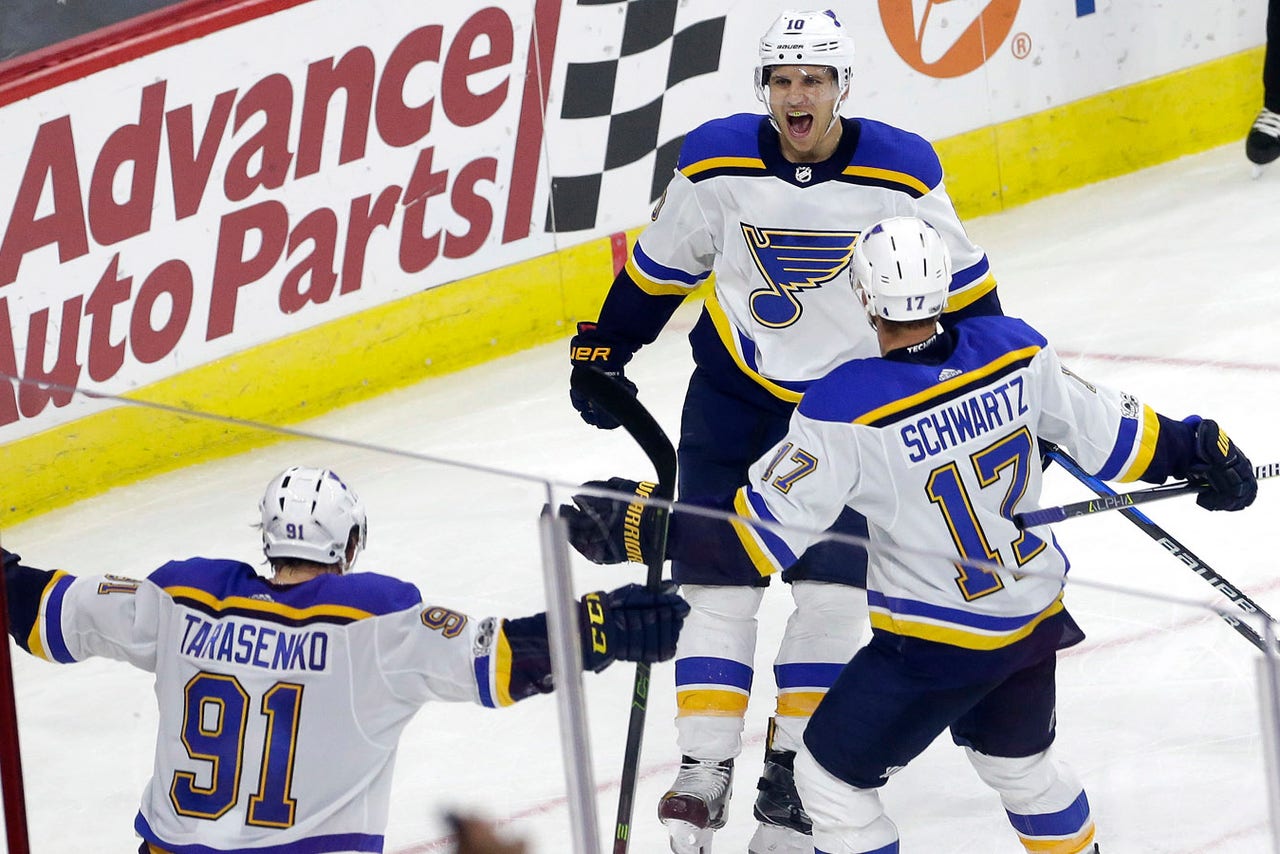 RALEIGH, N.C. -- Dmitrij Jaskin had spent some important minutes in the press box during the first 10 games of the St. Louis Blues' season.

But he showed on Friday night that he can be productive when inserted into the lineup.

Jaskin scored his first goal of the season and Brayden Schenn added the game-winner, giving the Blues a 2-1 victory over the Carolina Hurricanes.

Jaskin had been a healthy scratch in three of St. Louis' first 10 games, with one assist over that span.

"We took one penalty, and off the top of my head that's the best we've done so far this year," Blues coach Mike Yeo said. "So yeah we did a pretty good job with that. ... (Jaskin) got a big goal. We want to make sure everybody's involved here. And he's a big part of this group."

It was the second straight win for the Blues, who are 3-0 at home and return there Saturday night against Columbus.

Jeff Skinner had the Carolina goal.

"I've been a healthy scratch before," Jaskin said. "You just have to focus on the game and keep growing. Our line was great and the whole team was great. It was a great game for us."

Cam Ward (1-1) made the start in goal for Carolina, his 626th appearance, to give him sixth place on the team career list. It was the 2006 Conn Smythe Trophy winner's second start of the season as the backup to Scott Darling, and he finished with 32 saves.

Hurricanes left wing Teuvo Teravainen suffered an upper-body injury in the second period and did not return to the game.

"I thought Ward was real good," Carolina coach Bill Peters said. "I thought he was real subtle around the net to cut off plays with his stick. He was solid and gave us a chance. (St. Louis) got in lanes, there was no question about that. They had multiple players that had big blocks."

Each team had seven shots on goal in a penalty-free first period.

Jaskin finally lit the lamp at 14:38 of the second, scoring his first goal of the season on a loose puck in the slot with Oskar Sundqvist and Magnus Paajarvi assisting.

But the Hurricanes tied it just 64 seconds later, as Skinner picked up a puck Justin Williams had left for him on the left doorstep and slid it into the net.

The Blues killed off a power play midway through the third, then worked hard for the go-ahead goal. Schenn picked it up on a rebound from Jaden Schwartz and Vladimir Tarasenko at 10:41.

"They're a good team," Schenn said. "It's always a skating game with in-your-face checking. They have a lot of skill and good skaters and don't give us a whole lot, but we got the bounce we needed."

Carter Hutton on Alex Pietrangelo: "He's a great player. He's our backbone. We go as he goes." #stlblues pic.twitter.com/ZmfSGWsfsv

NOTES: Hurricanes D Klas Dahlbeck and C Janne Kuokkanen were healthy scratches. ... Former Blues F Lee Stempniak is on injured reserve with Carolina. ... RW Chris Thorburn and D Nate Prosser were healthy extras for the Blues. ... Carolina and St. Louis will play only twice this season, as they will square off again on Dec. 30 in St. Louis.

Blues: Host Columbus on Saturday night in the opener of a four-game homestand.

Hurricanes: Host Anaheim on Sunday in the finale of their two-game homestand.

Carolina Hurricanes
share story
those were the latest stories
Want to see more?
View All Stories
Fox Sports™ and © 2020 Fox Media LLC and Fox Sports Interactive Media, LLC. All rights reserved. Use of this website (including any and all parts and components) constitutes your acceptance of these Terms of Use and Updated Privacy Policy. Advertising Choices. Do Not Sell my Personal Info