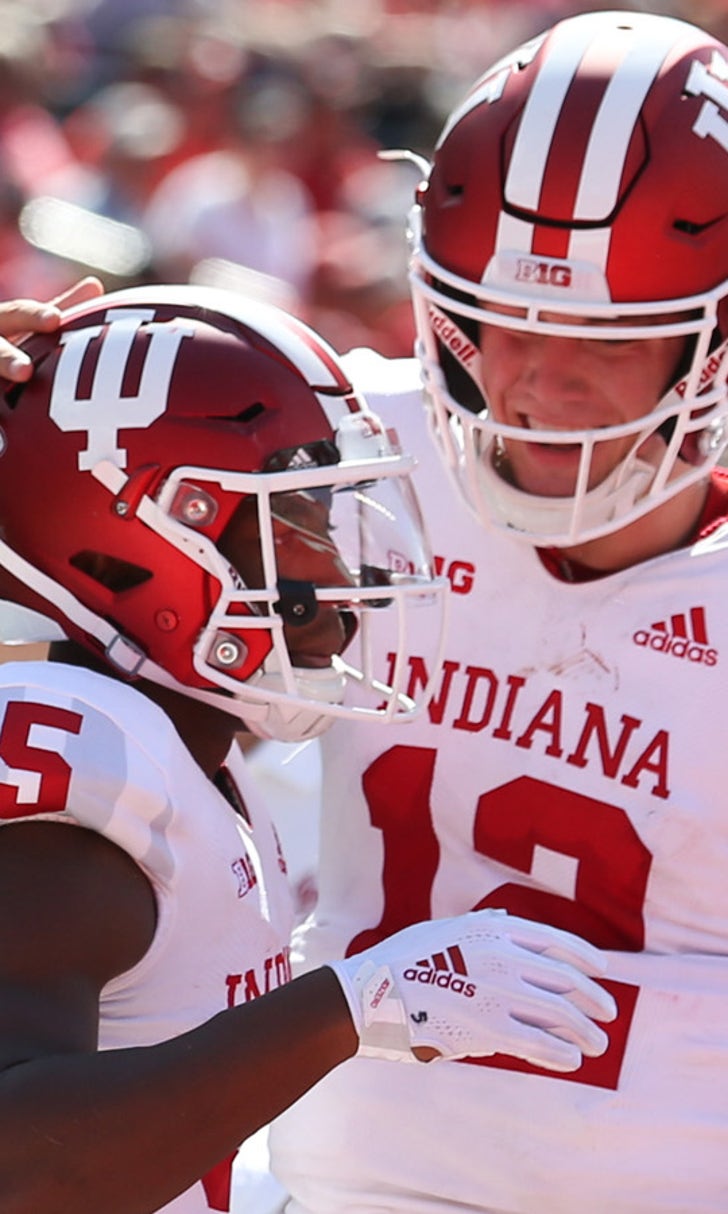 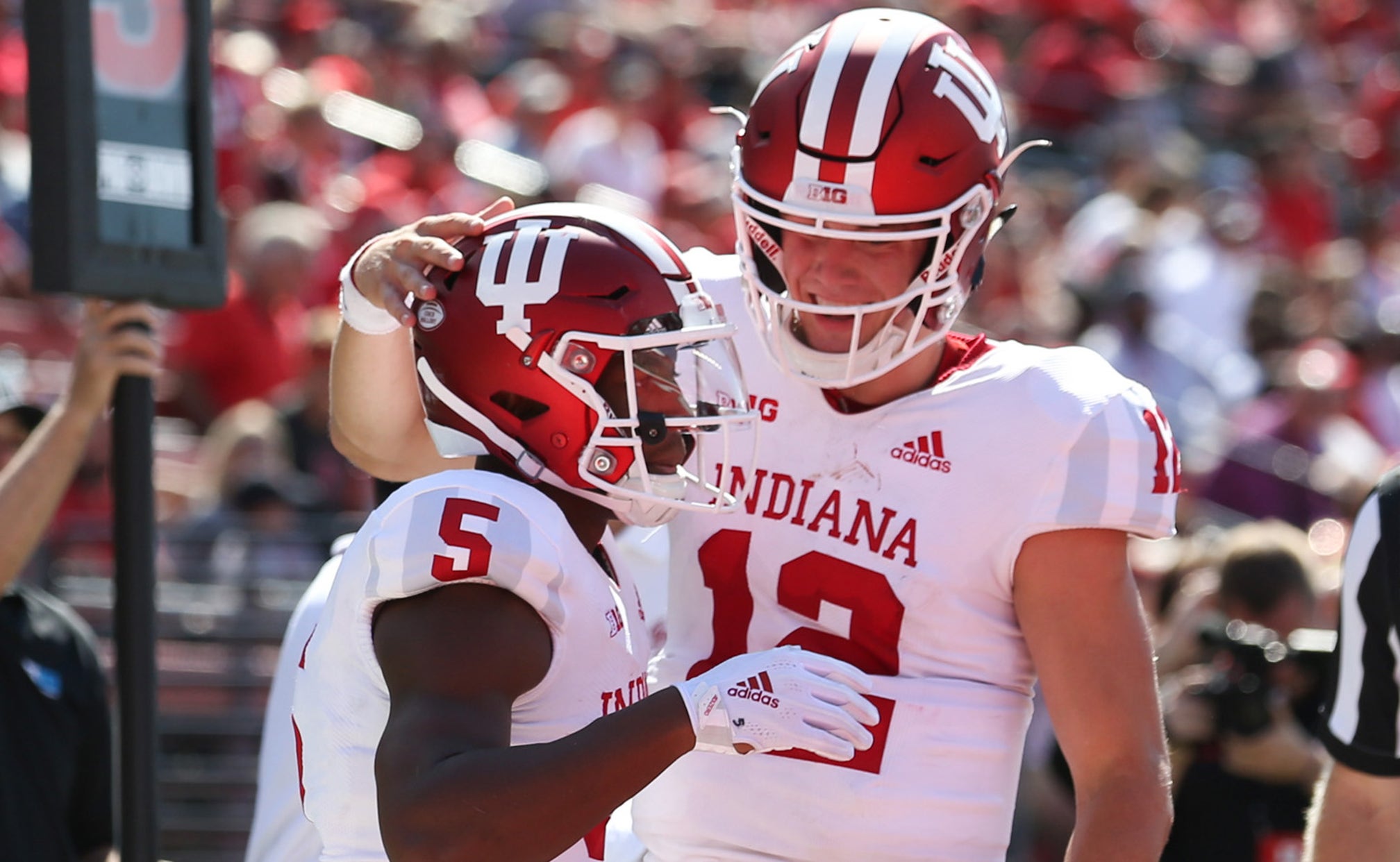 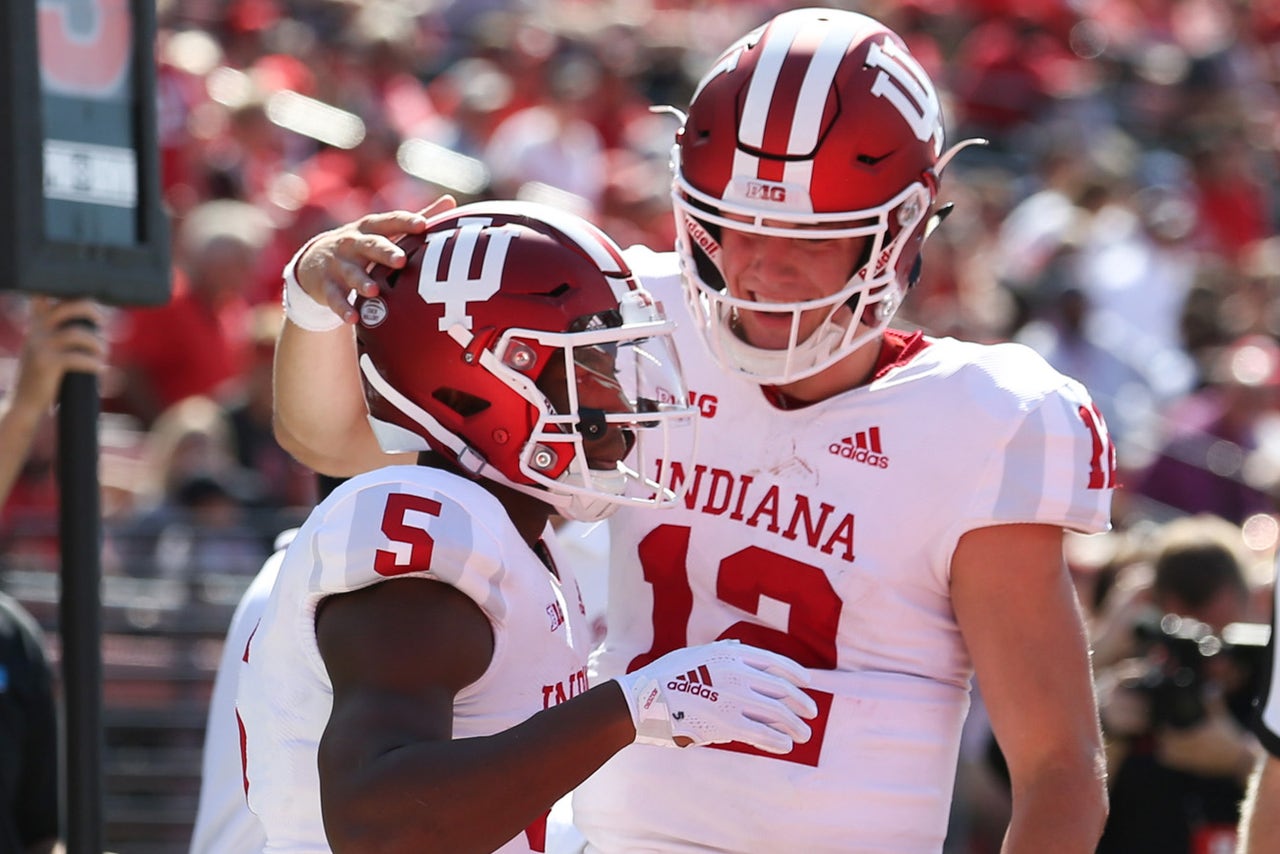 PISCATAWAY, N.J. — Indiana got away with playing half a game against downtrodden Rutgers.

The Scarlet Knights didn't see it that way. They believed they finally showed signs of being able to win a couple of game this season.

Peyton Ramsey ran for a touchdown and threw another and Indiana scored on its first four possessions and held off Rutgers 24-17 on Saturday, sending the Scarlet Knights to their fourth straight loss.

"We still have a lot of things to work on," said receiver J-Shun Harris II, who caught a 2-yard touchdown pass in the Hoosiers' 17-point second quarter. "We learned from this game coming out on fire in the first half and we didn't finish. We just have to continue to strive for that greatness because as we get further into the conference the second half is going to be more important for us."

Ramsey scored the go-ahead touchdown on a 1-yard run on the first play of the second quarter and led four long scoring drives that carried the Hoosiers (4-1, 1-1 Big Ten) over Rutgers (1-4, 0-2).

"A win is a win, especially in the Big Ten. We came away with one," said Ramsey, who also ran for 51 yards. "Obviously we're not satisfied. We're going to go and we're going to learn from it."

Stevie Scott tallied on a 16-yard run on Indiana's first possession and Logan Justice kicked a 44-yard field goal on their last possession of the half as the Hoosiers built a 24-7 lead.

Freshman Art Sitkowski (18 of 35 for 154 yards) threw an 11-yard touchdown pass to Shameen Jones on the opening possession of the game to give Rutgers a short-lived 7-0 lead.

The Scarlet Knights threatened in the fourth quarter, cutting the lead to a 24-17 on a 1-yard run by Jonathan Hilliman and a 52-yard field goal by Justin Davidovicz with 3:52 to play.

"Challenged our guys at halftime to finish and we did not," Indiana coach Tom Allen said. "That's something we have to grow from and learn from. We let them hang around and hang around and they made it interesting at the end."

Ramsey, who was 27 of 40 for 288 yards, made sure Rutgers didn't get a chance to tie the game. The redshirt sophomore completed a 25-yard, fourth-down pass to Peyton Hendershot from the Hoosiers 34 to ice the game in the closing minutes.

The pass to Henderson came after the tight end went in motion late in the play clock, drawing Rutgers offsides, giving the quarterback a free play.

While Rutgers lost again, this was an improvement from three straight blowout setbacks.

"It's something to build off of," said Sitkowski, who didn't finish the last three games because of injury or ineffective play. "It's going to give us confidence going into the next game with Illinois. I'm really excited for what that brings us."

Indiana: The start is the best for Indiana since going 4-0 in 2015. The problem is the Hoosiers have Ohio State, Iowa and No. 9 Penn State as their next three opponents.

Rutgers: If Rutgers plays as well as it did in the second half, they might win a few more games.

Indiana came into the game ranked seventh nationally with nine takeaways. Rutgers won the turnover battle 2-1 as Damon Hayes had an interception and Deonte Roberts, who had a game-high 14 tackles, recovered a fumble. Jamar Johnson had his first career interception for Indiana.

Indiana plays at No. 4 Ohio State next Saturday.