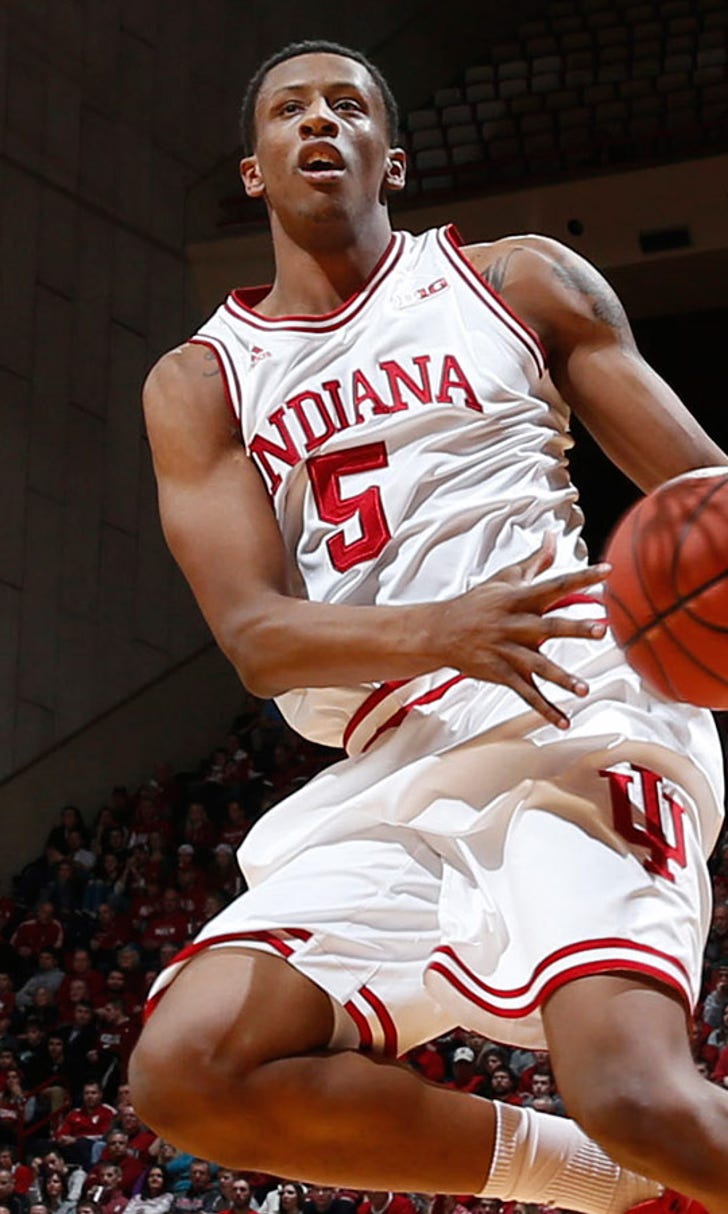 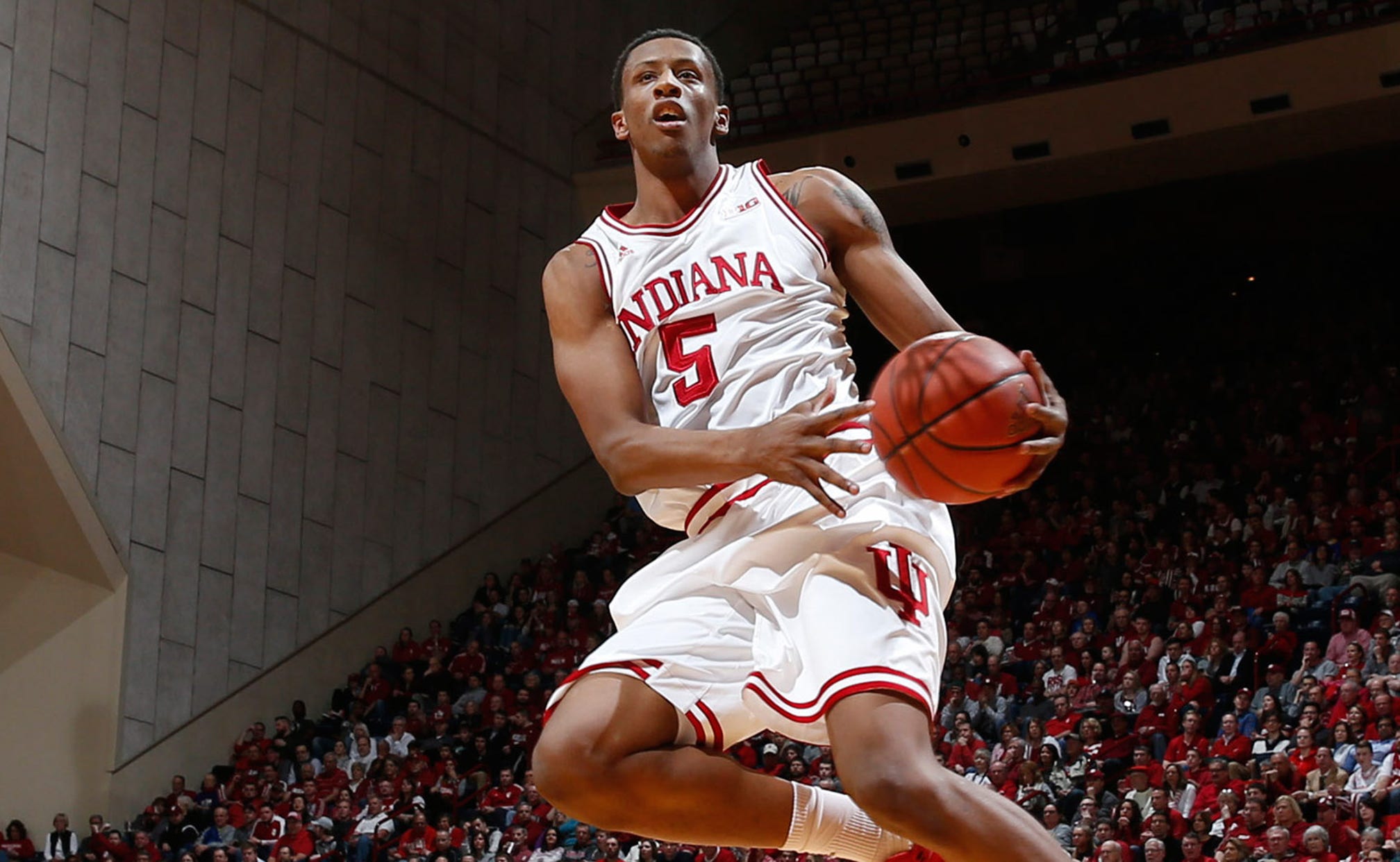 previous story
Justin Holiday on Drake yelling in his ear: 'I couldn't hear him'
next story
UConn's Stewart, Tuck and Jefferson looking to make history 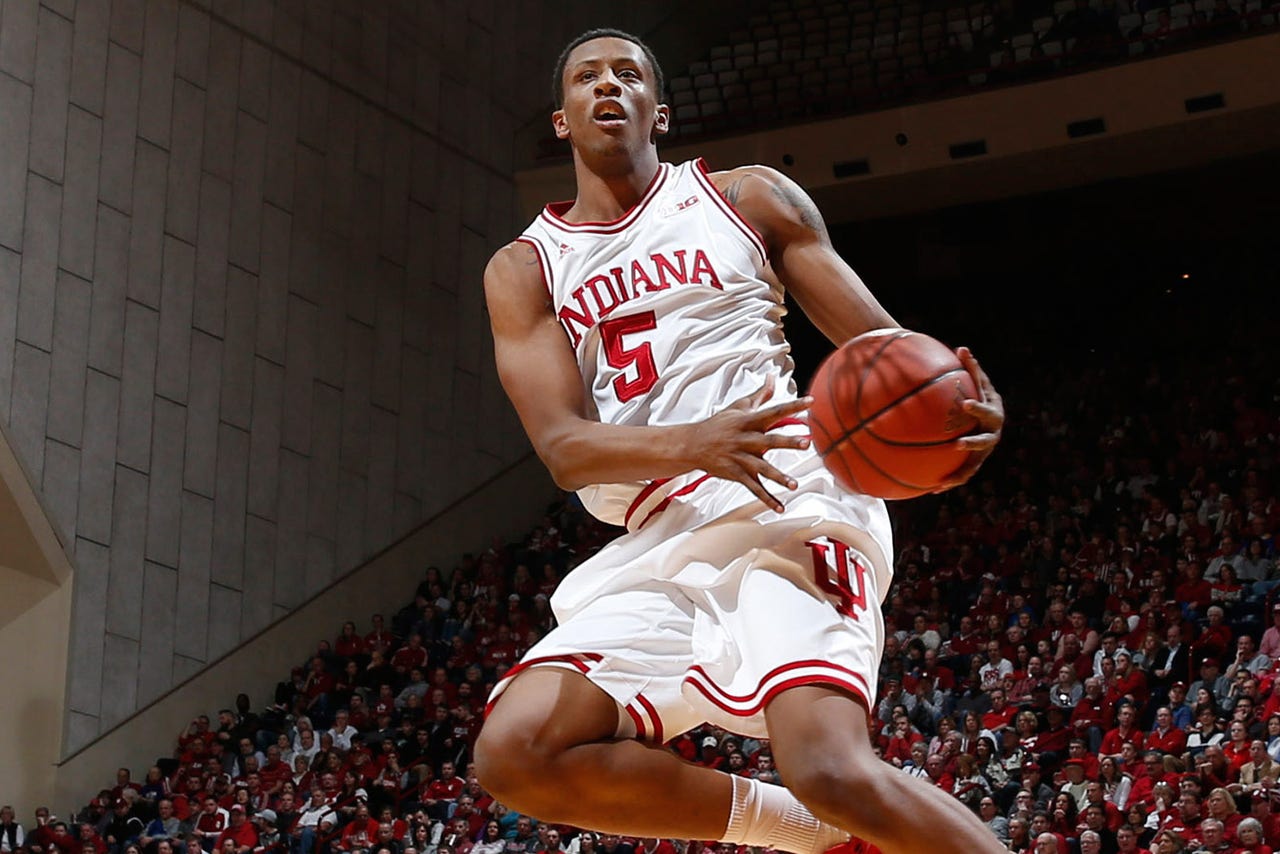 DES MOINES, Iowa -- Indiana's 15 wins in Big Ten play for the conference regular-season title didn't bring much of a reward.

The Hoosiers had to face a determined Michigan team in their first Big Ten tournament game, losing on a last-second 3-pointer. They learned two days later their seed for the NCAA Tournament was a No. 5, in the same part of the East Region bracket with No. 1 seed North Carolina and No. 4 seed Kentucky.

Only six of Indiana's conference victories came against fellow NCAA Tournament qualifiers, but the seeds of this surprisingly low seed were sewn the week of Thanksgiving in the Maui Invitational when the Hoosiers (25-7) lost to Wake Forest and UNLV. That's also when the backbone of the Big Ten champions began to form.

"We've always been together. I think those moments that happened in Maui and things brought us closer," forward Troy Williams said. "Since the summer we first came together, we always rallied with each other."

Intrinsic motivation was the key to the rebound.

"Since then I feel like we're basically a player-driven program," point guard Yogi Ferrell said. "We hold guys accountable. We're out on the court critiquing each other, complimenting each other, and that's when we're at our best when we are listening to our teammates."

Indiana is pitted against No. 12 seed Chattanooga in a first-round game in Des Moines on Thursday. By Monday, the day after the pairings were revealed, the Hoosiers were already peppering coach Tom Crean and his staff with questions in the film room. That's the kind of self-propelled leadership Ferrell was referring to.

"This is a team that has never jumped out ahead and started looking down the road, and this was a great example of it again the other day," Crean said, referring to the looming matchup with Kentucky. "They've totally stayed immersed in what their next opponent was, and they have stayed immersed in getting better."

The Mocs (29-5) are in the NCAA Tournament for the first time since 2009 and haven't won a game in it since 1997. They've won as many games as any team in the field except No. 1 overall seed Kansas, though, behind a deep rotation and a rangy, athletic group of players including the Southern Conference Defensive Player of the Year in forward Justin Tuoyo that puts on a formidable full-court press.

The Mocs lost Southern Conference Preseason Player of the Year Casey Jones to an ankle injury in December and still set a school record for victories.

"Pressing is what's gotten us to this point, but we're going to do whatever we have to do in the game to be successful," first-year coach Matt McCall said, wary of Ferrell's skills and experience. "We're not bound to it. We're not doing it just because we're set in our ways."

The last time the Big Ten's outright regular-season champion was slotted this low for the NCAA Tournament was 2004 with No. 5 seed Illinois. The only other time in that 12-year span that a conference regular-season title didn't yield a No. 1 or a No. 2 seed for the Big Ten 2008 when Wisconsin drew a No. 3.

What's worse was the Hoosiers were stuck with that dreaded No. 5 seed, which has been among the most infamously vulnerable of the top draws. Since the tournament expanded to the 64-team field in 1985, the No. 12 seed has won 44 of 124 games, a frightening 35.5 percent for a favorite like the Hoosiers. The average margin of victory in the 5-12 games is a mere 4.1 points.

Chattanooga coach Matt McCall can relate. He was an assistant on Florida's team in 2004 that lost to Manhattan in a 5-12 first-round matchup.

"I think there is just terrific parity in college basketball, top to bottom," McCall said. "No matter what the seedings are."

That's the typical theme for this time of year.