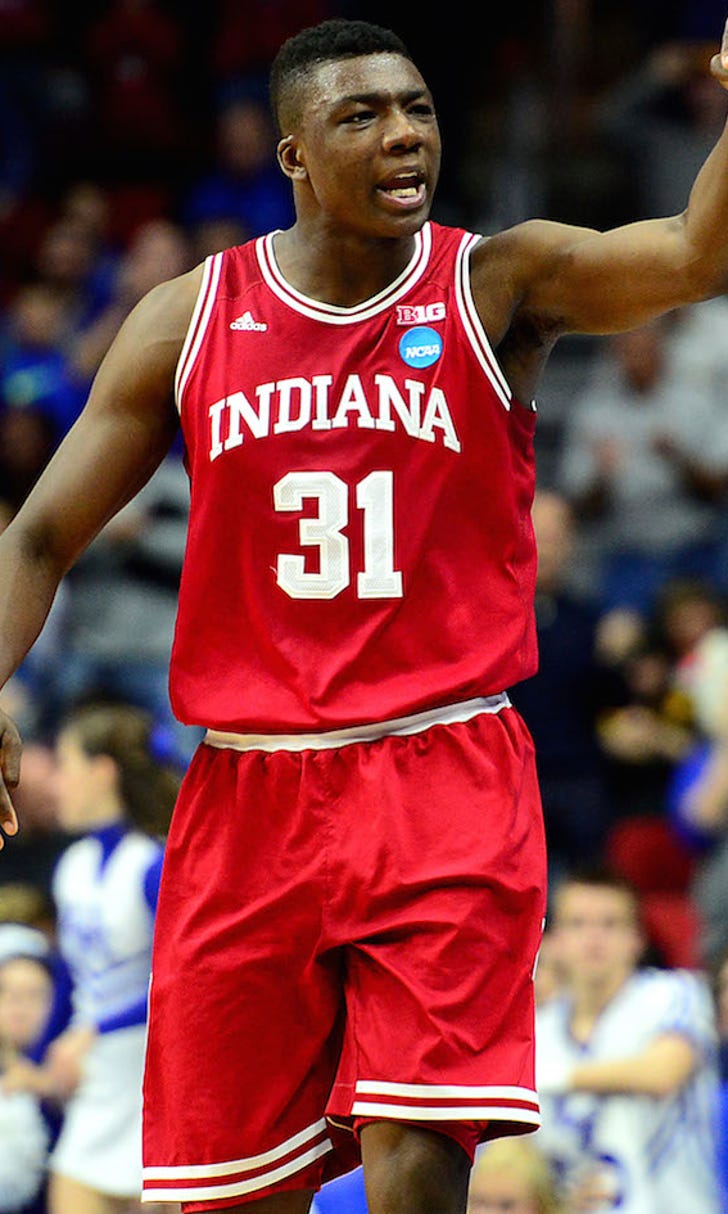 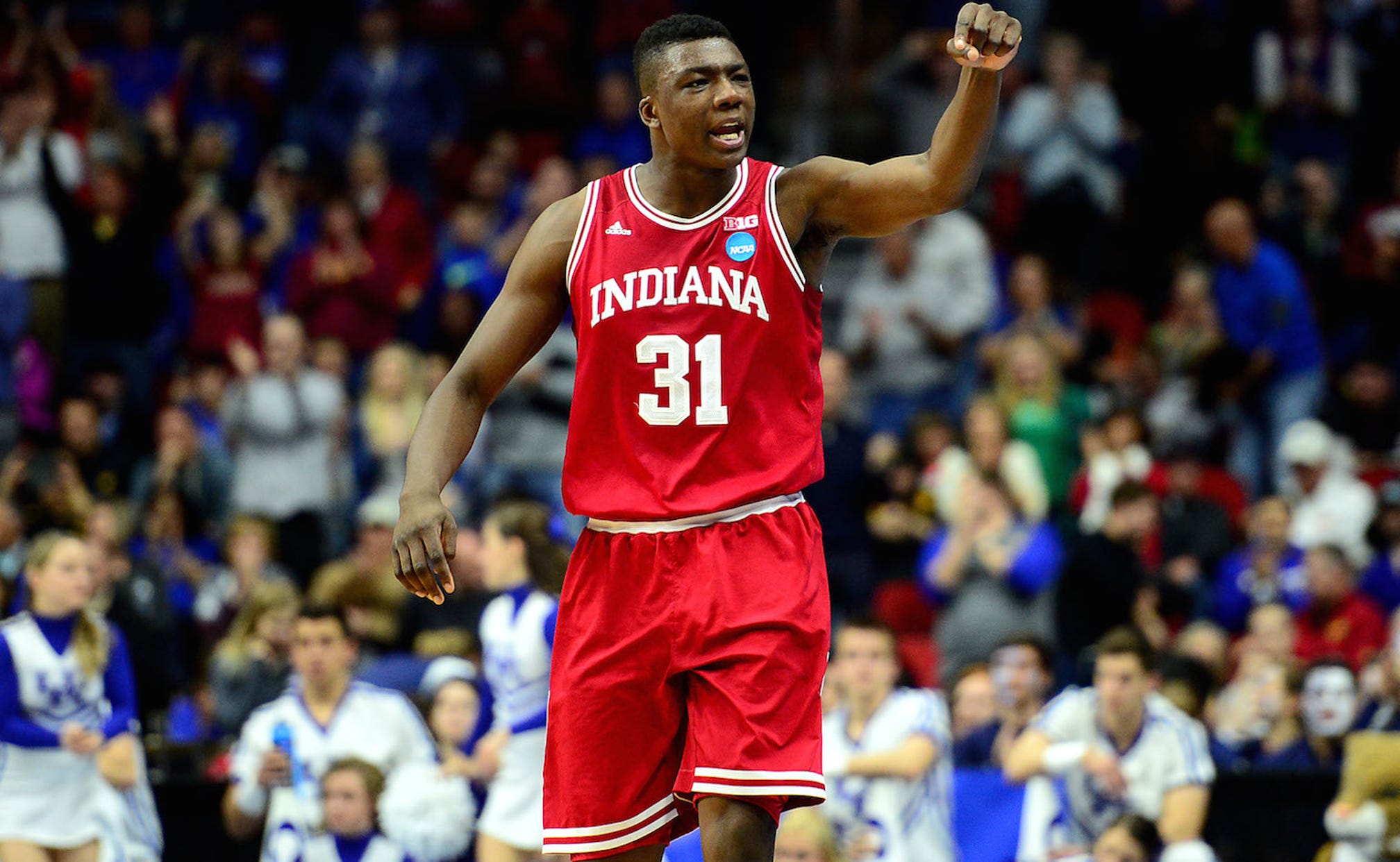 Hoosiers advance to Sweet 16 with 73-67 triumph over Kentucky 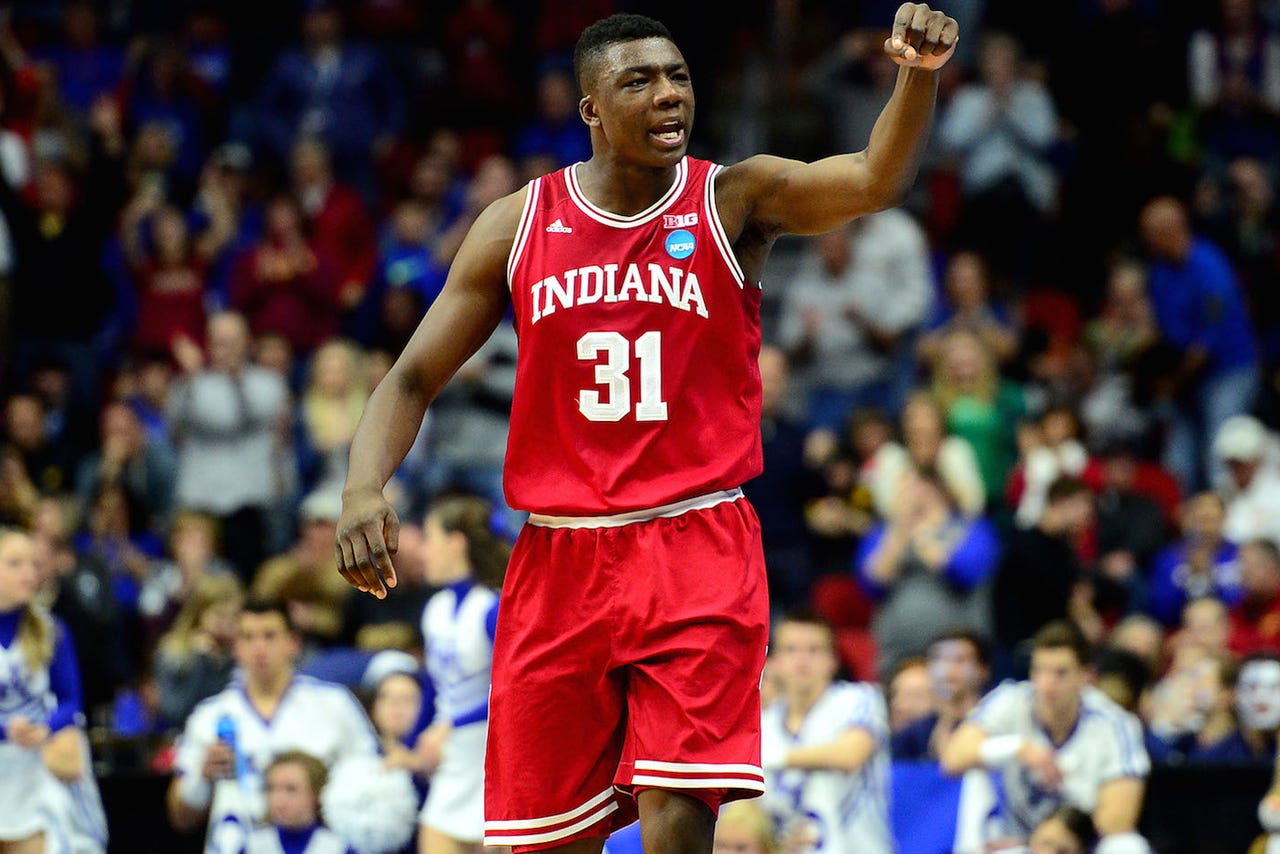 DES MOINES, Iowa -- Kentucky had the stars. But Indiana had more toughness -- and that's why the Hoosiers are headed back to the Sweet 16.

"When you get into an environment like this, with everything on the line that's on it and the time of year, it's obviously a great feeling when you walk out with a win knowing that they put everything into it under adverse situations," Indiana coach Tom Crean said.

Ulis scored 27 points for Kentucky (27-9), which suffered its earliest NCAA Tournament exit since 2008 -- when it lost to a Marquette team then led by Crean.

"These kids aren't machines. They're no computers. Stuff happens and you try to figure it out," Kentucky coach John Calipari said. "What I don't want to do is take away from what Indiana did. Indiana played every kid on that court, gave everything they had and they deserved to win this game."

"I had to just stay on the attack. Coach (Crean) told me he wanted me to attack more and get a quick bucket down on the block when I can. He believed in me. I just went with the coach's plan," Bryant said.

It had been four years since these once-longtime rivals had faced each other--a Sweet 16 game that Kentucky won 102-90 on its way to a national title.

"I know that sounds corny, but I just love coaching them," Crean said.

Ulis did everything he could to will Kentucky to victory. He was 10 of 20 shooting, hitting three 3s and calmly knocking down all of his free throws after the Williams foul. Murray, on the other hand, was just 7 of 18 shooting -- and only four other Wildcats hit baskets.