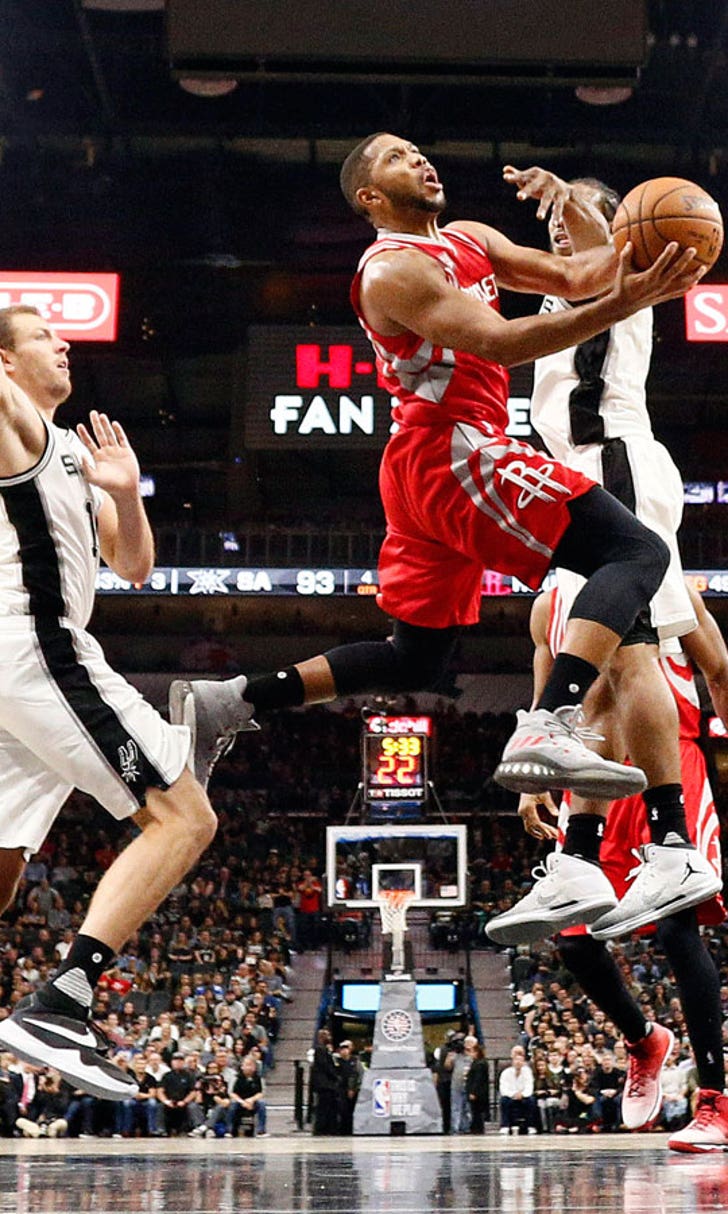 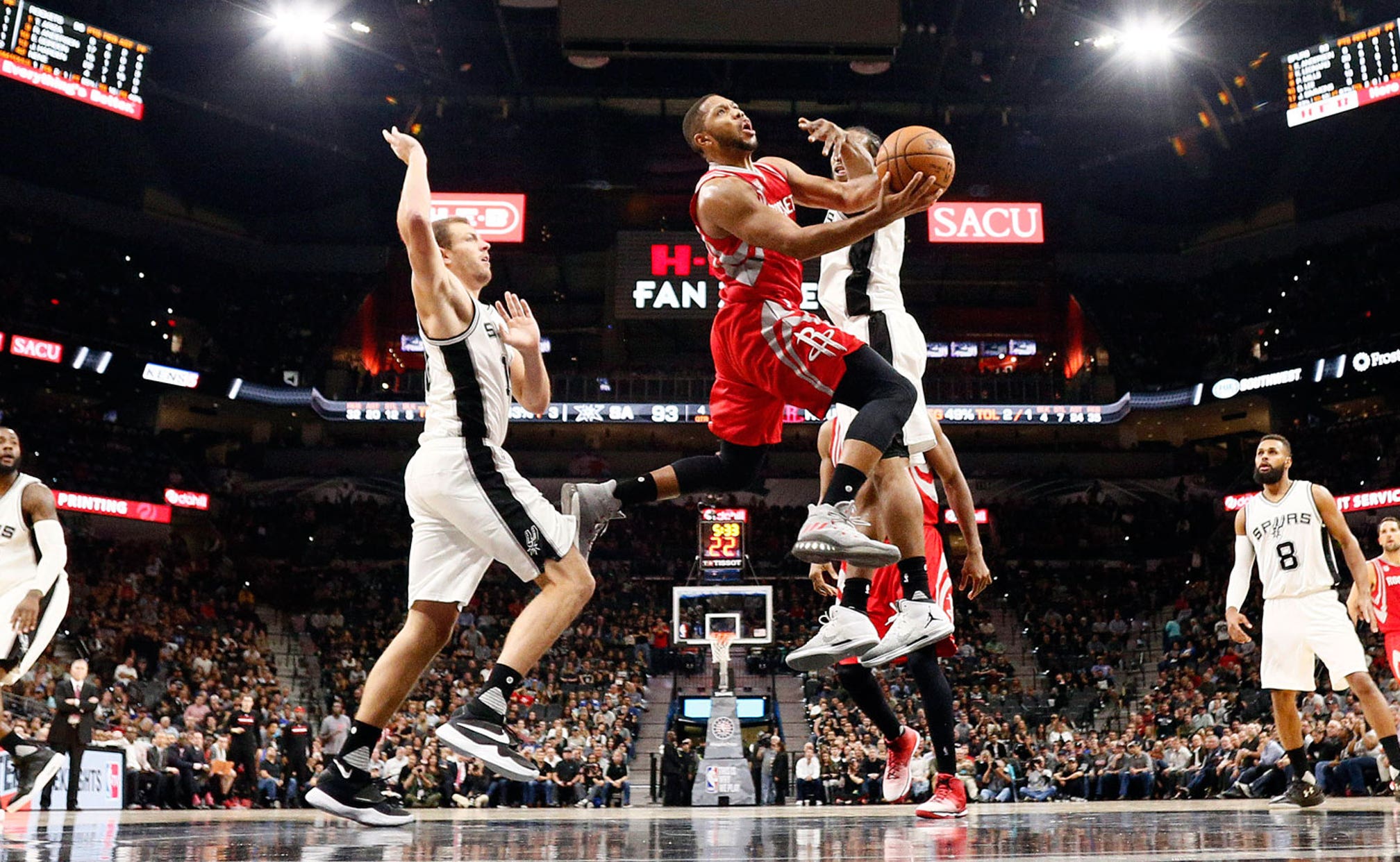 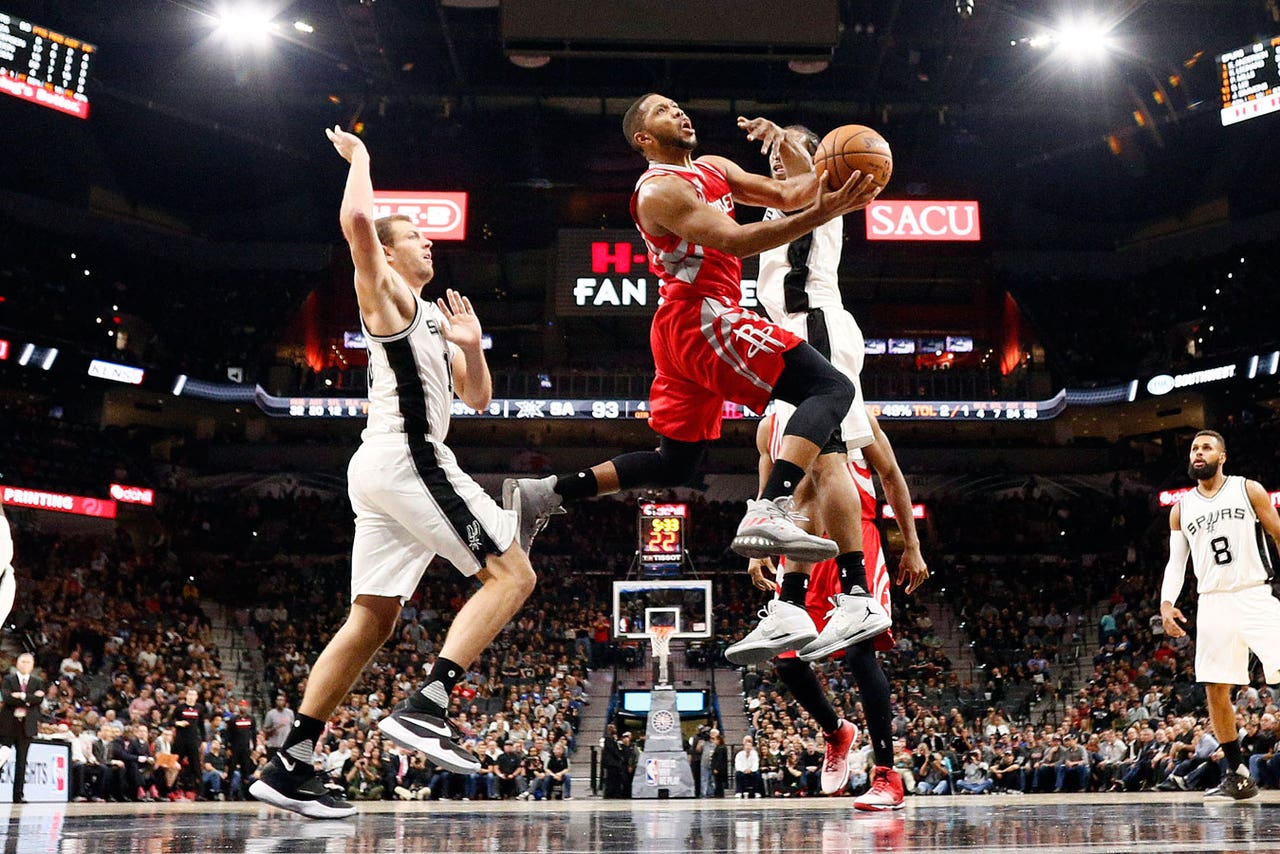 SAN ANTONIO (AP) -- James Harden had 24 points, 15 assists and 12 rebounds as the Houston Rockets held off San Antonio 101-99 on Wednesday night to hand the Spurs their third straight home loss.

Ryan Anderson was 4 for 6 on 3-pointers in scoring 20 points, and Houston snapped a four-game skid in San Antonio. Eric Gordon had 15 points and fellow reserve Sam Dekker added 12.

Kawhi Leonard scored 34 points for the Spurs but missed his final jump shot, which could have tied the game. LaMarcus Aldridge, who had 14 points, also missed a tip-in attempt at the buzzer.

Danny Green made his season debut for San Antonio, scoring eight points in his return from a strained left quadriceps. He missed his first 3-point try but drained his second from the right corner and finished 2 for 8 on 3s.

The Spurs used a rotation spearheaded by Leonard and Green to defend Harden, but found little success.

When he wasn't draining jumpers and tossing in runners, he kicked the ball out to open teammates after drawing multiple defenders on his drives.

The Spurs sat Pau Gasol the entire second quarter in favor of a quicker lineup and it helped them erase a 13-point deficit to take a 51-50 lead.

San Antonio employed the same strategy late in the third quarter to pull within a point twice, but could not overcome Harden.

Rockets: Harden had his streak of four straight games with at least 30 points and 12 assists snapped. . Houston played seven of its first eight games on the road. The last team to open with such an arduous schedule was Cleveland in 1970-71. . Corey Brewer started his second straight game. Gordon started the team's first six games.

Spurs: Tony Parker missed his third consecutive game with a sore right knee. San Antonio coach Gregg Popovich expects Parker to play Friday at home against Detroit or Saturday in Houston. . Manu Ginobili joined Rashard Lewis as the only second-round draft picks in NBA history with 13,000 career points and at least 1,300 3-pointers. Ginobili is the 15th second-rounder to reach 13,000 points. . Green became the sixth player with at least one 3-pointer in 300 career games for the Spurs. Parker, Ginobili, Bruce Bowen, Matt Bonner and Sean Elliott are the others. 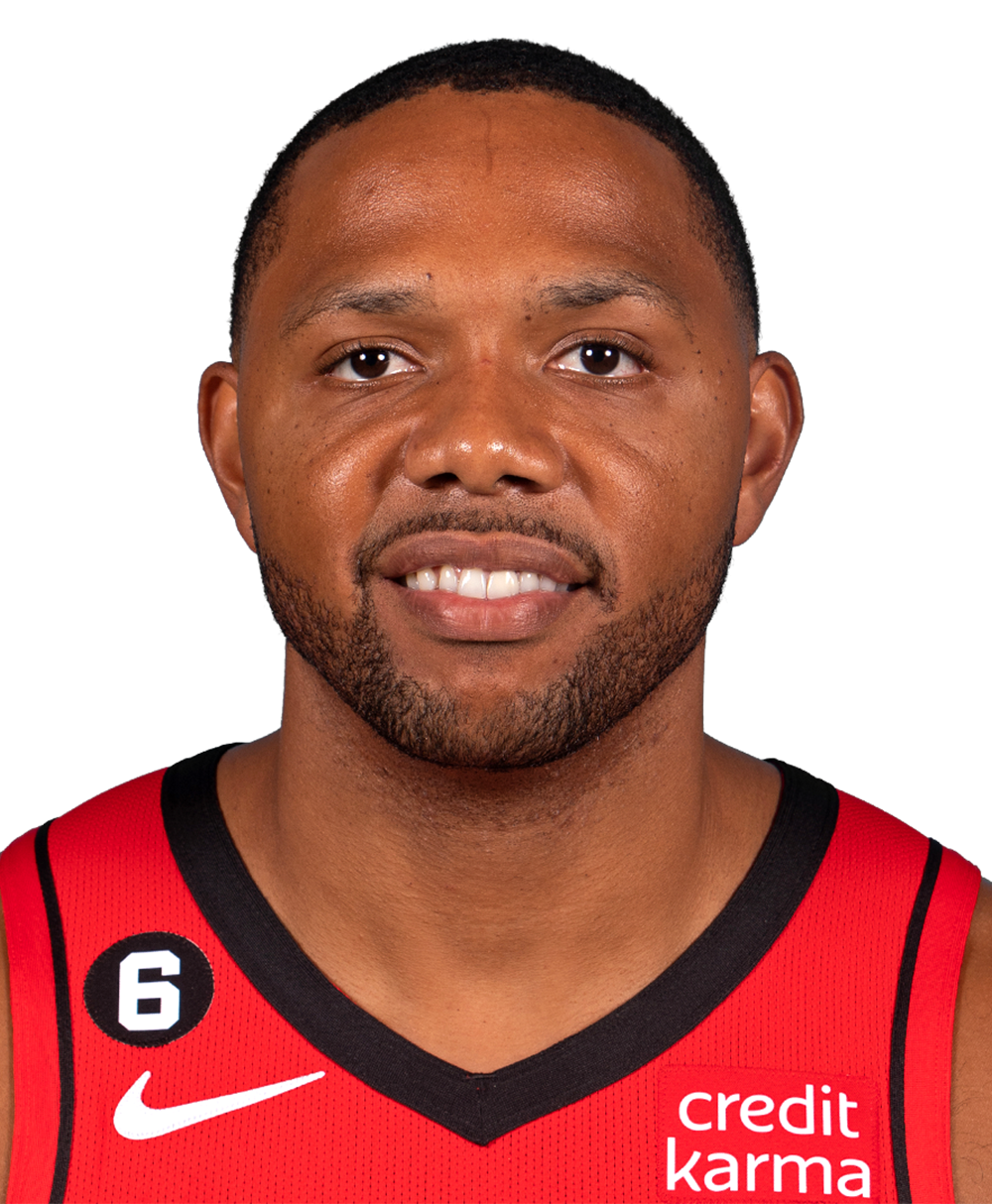 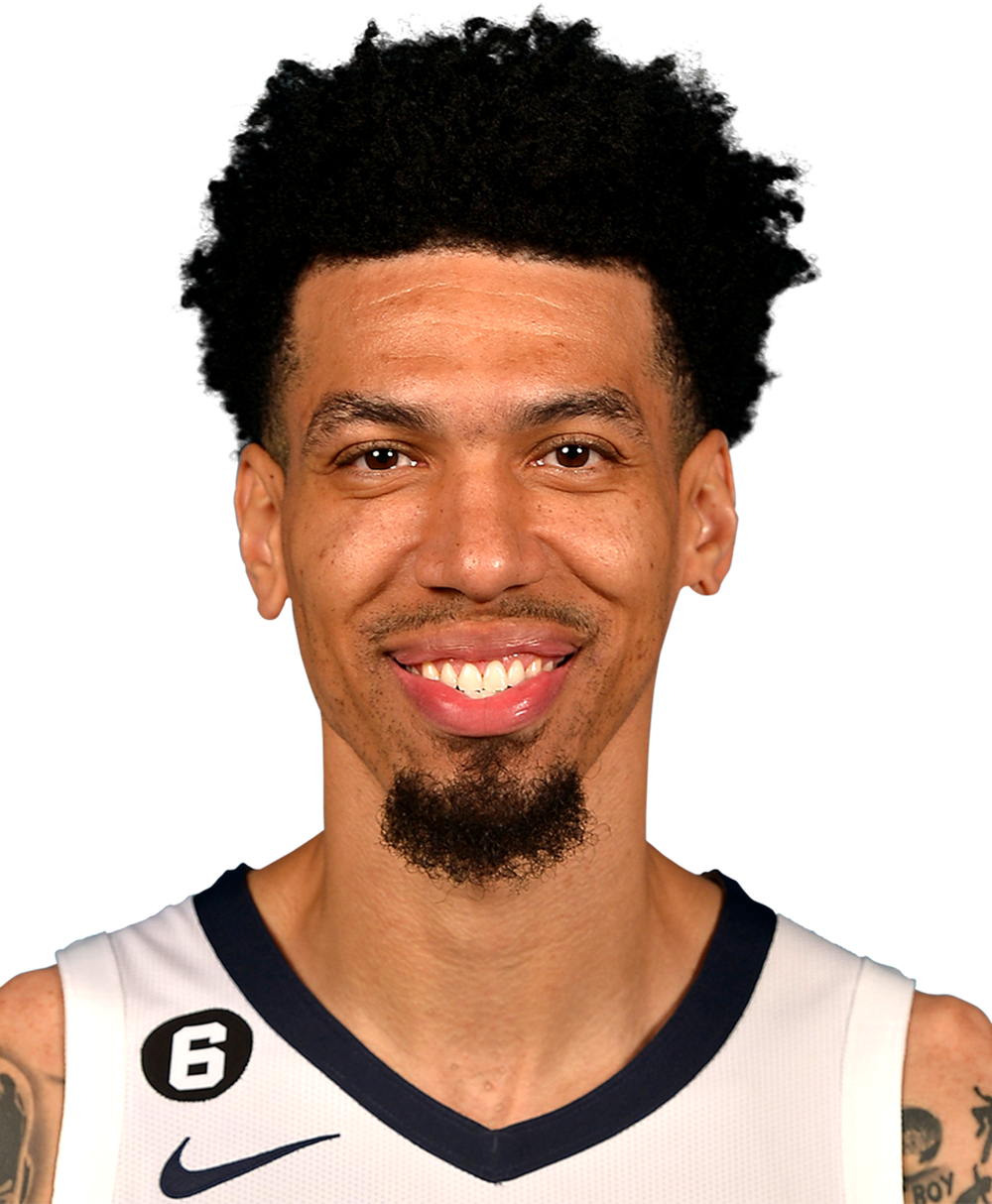