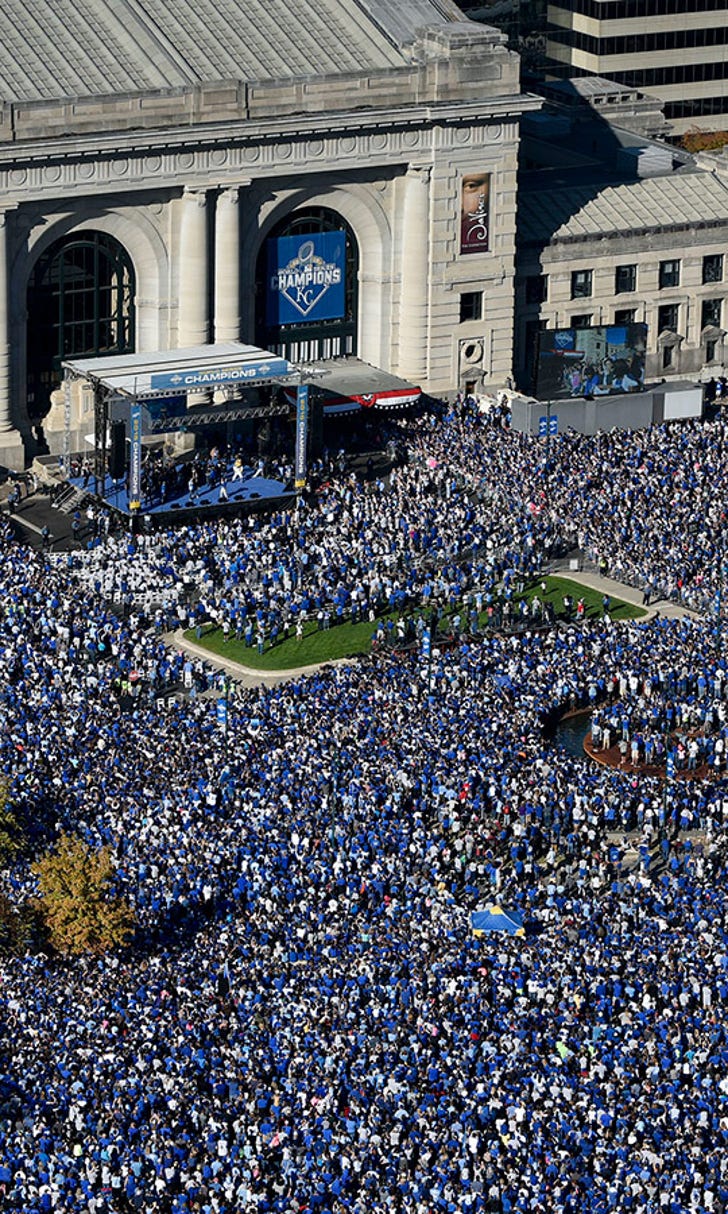 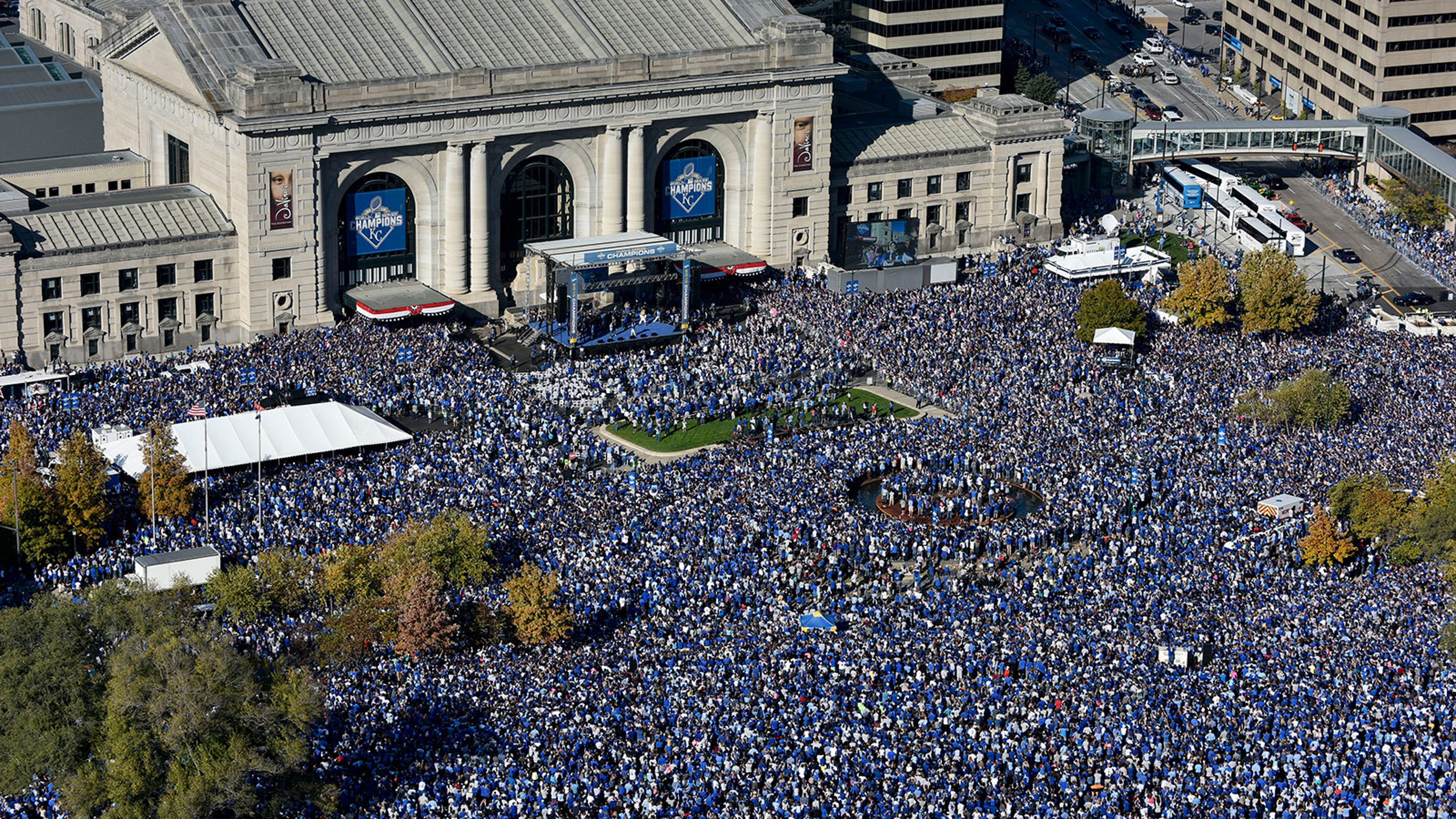 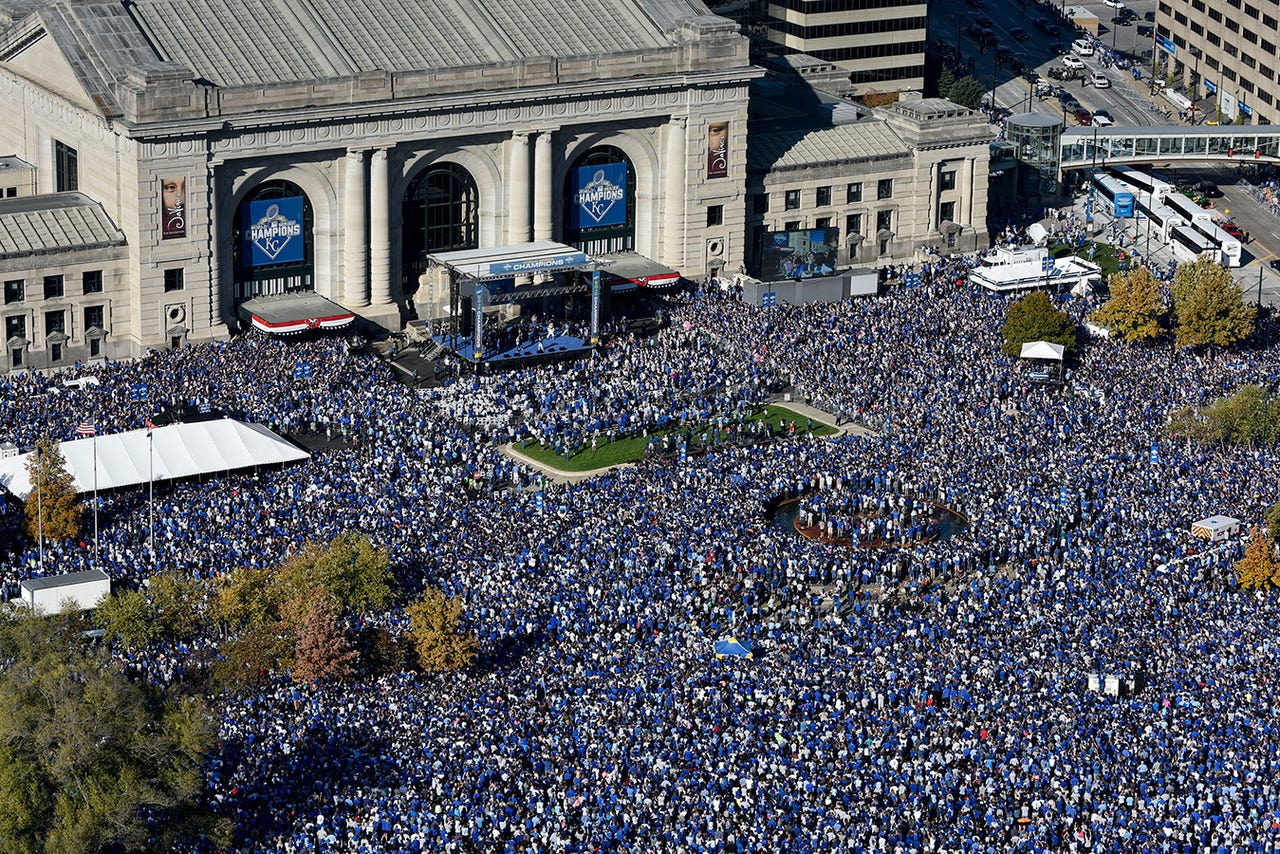 "We do know that this has to be the largest single gathering of people in the city or state's history," city spokesman Chris Hernandez said, adding that crews hauled away at least 7 tons of trash afterward. "Definitely a once-in-a-generation event."

Many downtown businesses completely or partially closed for the day, and school districts throughout the metropolitan area canceled classes.

"When the schools decided to all cancel, like all of them, that was what really became the multiplication factor," Hernandez said. "Plus the fact that the weather was so wonderful. I think everyone said, 'OK, I'm going to come, too.' And wow, we hosted the biggest party ever."

Traffic was so heavy coming into downtown that some motorists parked their vehicles along the side of the interstate and walked, while people seeking to use public transportation endured waits of up to three hours for shuttles.

Downtown businesses turned their conference rooms into parade-viewing areas, and 1,200 patients at Truman Medical Center either rescheduled appointments or didn't make it in Tuesday.

"The flip side is that the cafeteria had about 700 customers more than it normally would have had, resulting in $3,500 in additional revenue," hospital spokesman Shane Kovac said. "Many of the people who cut through the hospital to get to their cars stopped off in the cafeteria to get food."

Greater Kansas City Chamber of Commerce spokeswoman Pam Whiting said "not a lot of work got done" in the city Tuesday, although everyone was in a "fabulous mood."

Fire Chief Paul Berardi said about 20 additional ambulances from surrounding communities were brought in to help and 40 to 50 people were transported for conditions that included cardiac arrest, head injuries and crowd-related anxiety.

A couple of ambulances became trapped in the masses, with one patient transferred in a small all-terrain vehicle to a different ambulance before being brought to a hospital. Berardi said one parade-goer also briefly climbed onto the roof of an ambulance, although overall he had nothing but praise for the crowd. Police reported only three arrests.

"It was a very cooperative crowd," Berardi said, "just tons of them."