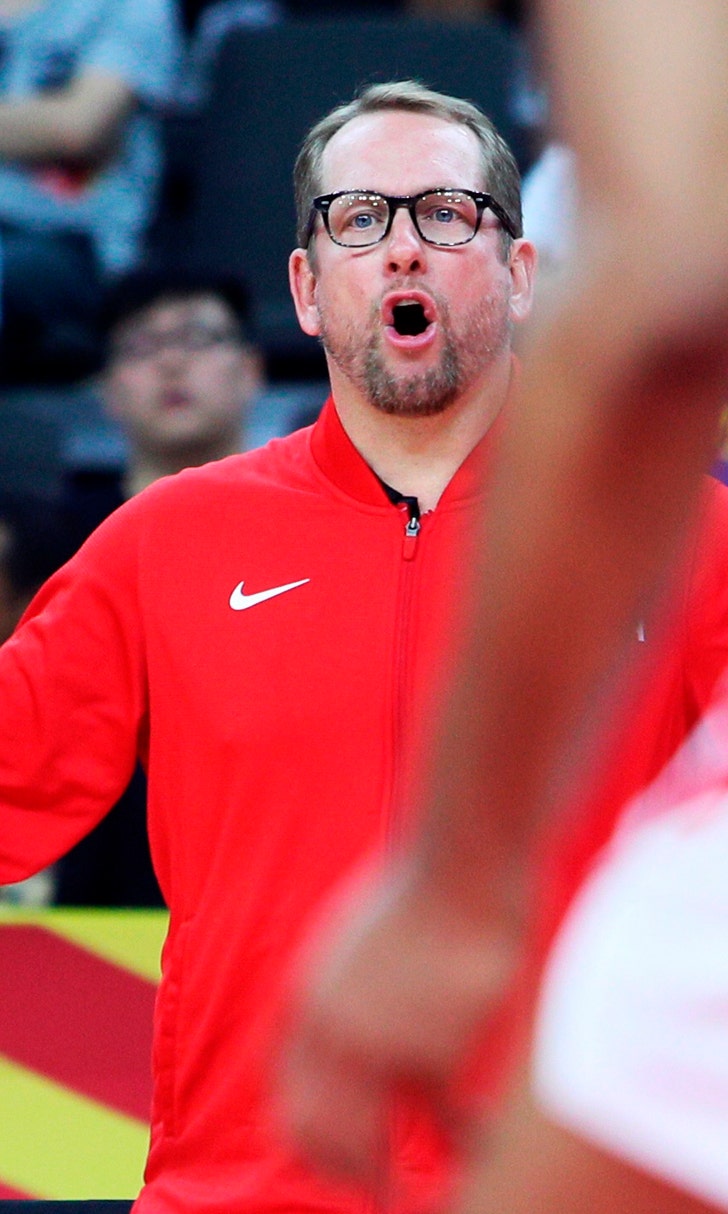 Greece is headed to the second round of the World Cup after beating New Zealand 103-97 on Thursday in a showdown between teams that both had a shot at advancing.

Greece (2-1) was the last team to make the 16-team field for the second round. New Zealand (1-2) has to settle for the consolation bracket and will be one of the strongest teams in that 16-team pairing.

Greece jumped out to a nine-point lead in Nanjing after the first quarter, which was basically the winning edge in the Group F game.

At Shanghai, the Czech Republic made it to the second round, and Turkey completed its collapse.

"We fought hard and in the end we wanted this game more than anybody else," Balvin said.

Cedi Osman scored 24 points and Furkan Korkmaz added 16 for Turkey (1-2), which came within one-tenth of a second of beating the United States on Tuesday and wasted a five-point lead in overtime of that game before losing 92-91.

At Shanghai, the Americans overpowered Japan to finish 3-0 in Group E, just two days after edging Turkey by one-point in overtime.

At Shenzhen, France and the Dominican Republic were both assured of making the second round. The French team's emphatic victory left no doubt that it was the best team in Group G.

At Dongguan, Australia's victory allowed it to top Group H with Lithuania finishing 2-1. They both go to the second round.

Australia was led by Patty Mills of the San Antonio Spurs with 23 points, while Aron Baynes of the Phoenix Suns added 21. Baynes also pulled down 13 rebounds.

At Dongguan, Canada picked up its first victory in its final Group H game, and Senegal remained winless in three games. Both teams moved into the consolation round, playing for 17th to 32nd place.

At Nanjing, Brazil finished 3-0 to top Group F and moved into the second round. Montenegro lost all three and is headed to consolation-round play. Brazil had three players in double figures: Marcelinho Huertas with 16 points, Marquinhos Sousa with 13, and Alex Garcia with 11.

At Shenzhen, Germany salvaged a victory in its last Group G match, and Jordan finished winless. Both move into the consolation round.

Max Kleber of the Dallas Mavericks led the Germans with 18 points and Danilo Barthel had 13. Ahmad Al Dwairi had 17 points and eight rebounds to lead Jordan. Dar Tucker added 14.