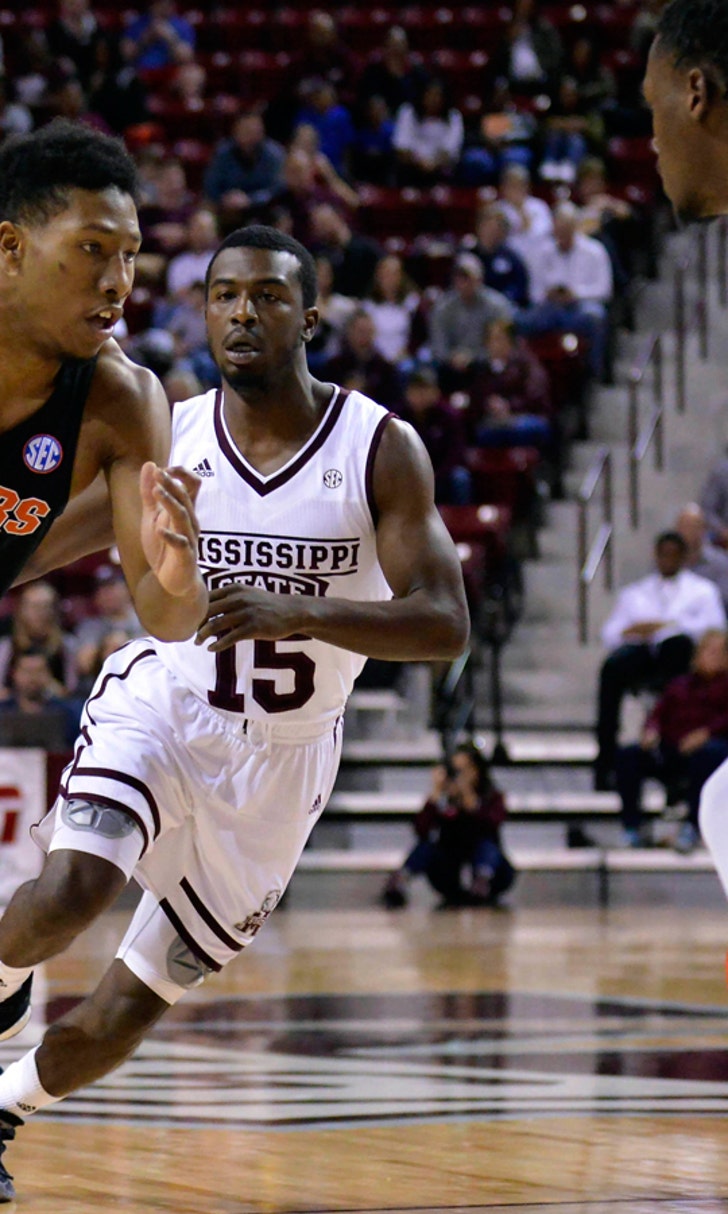 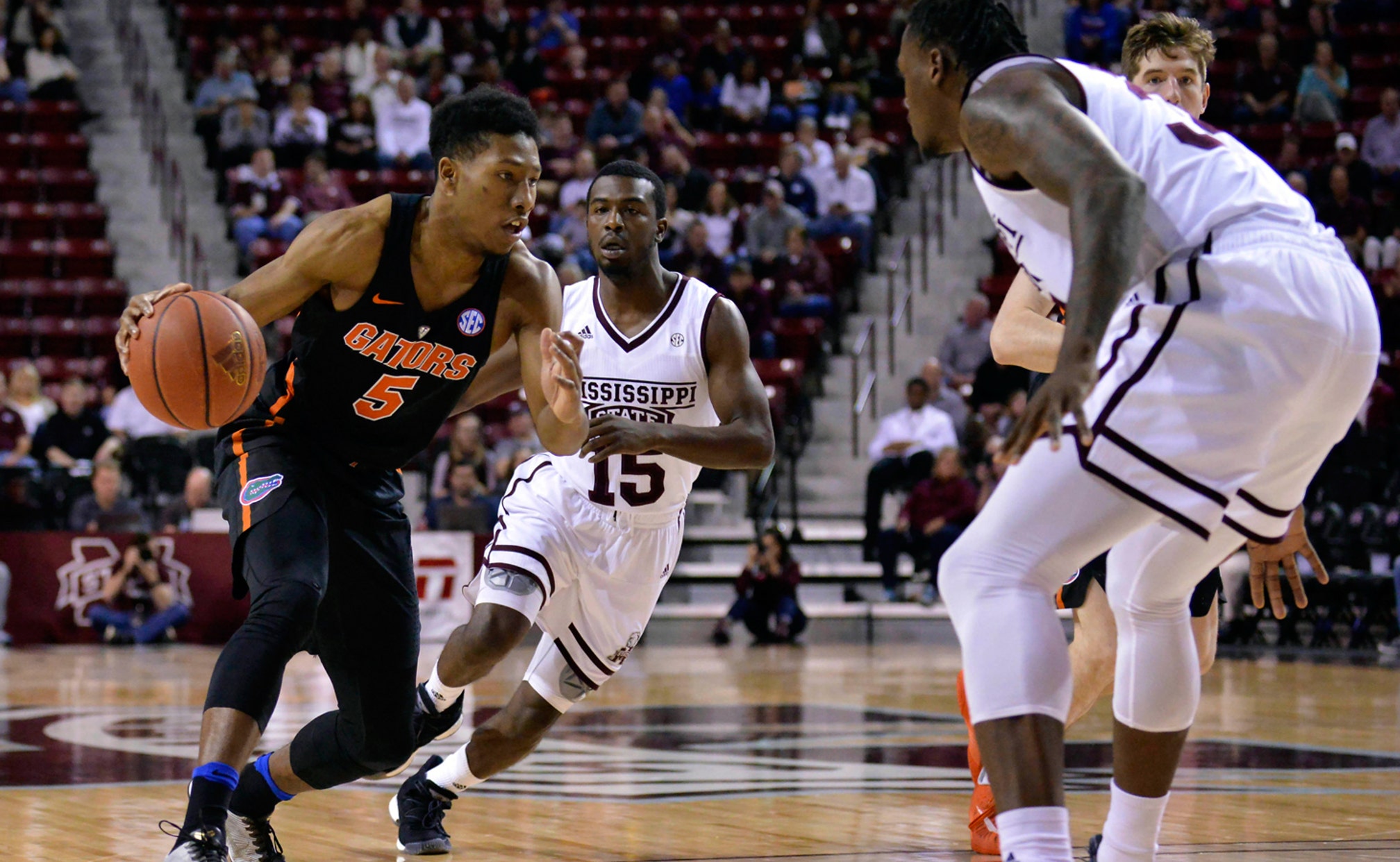 Florida holds on against Mississippi State, runs win streak to 8 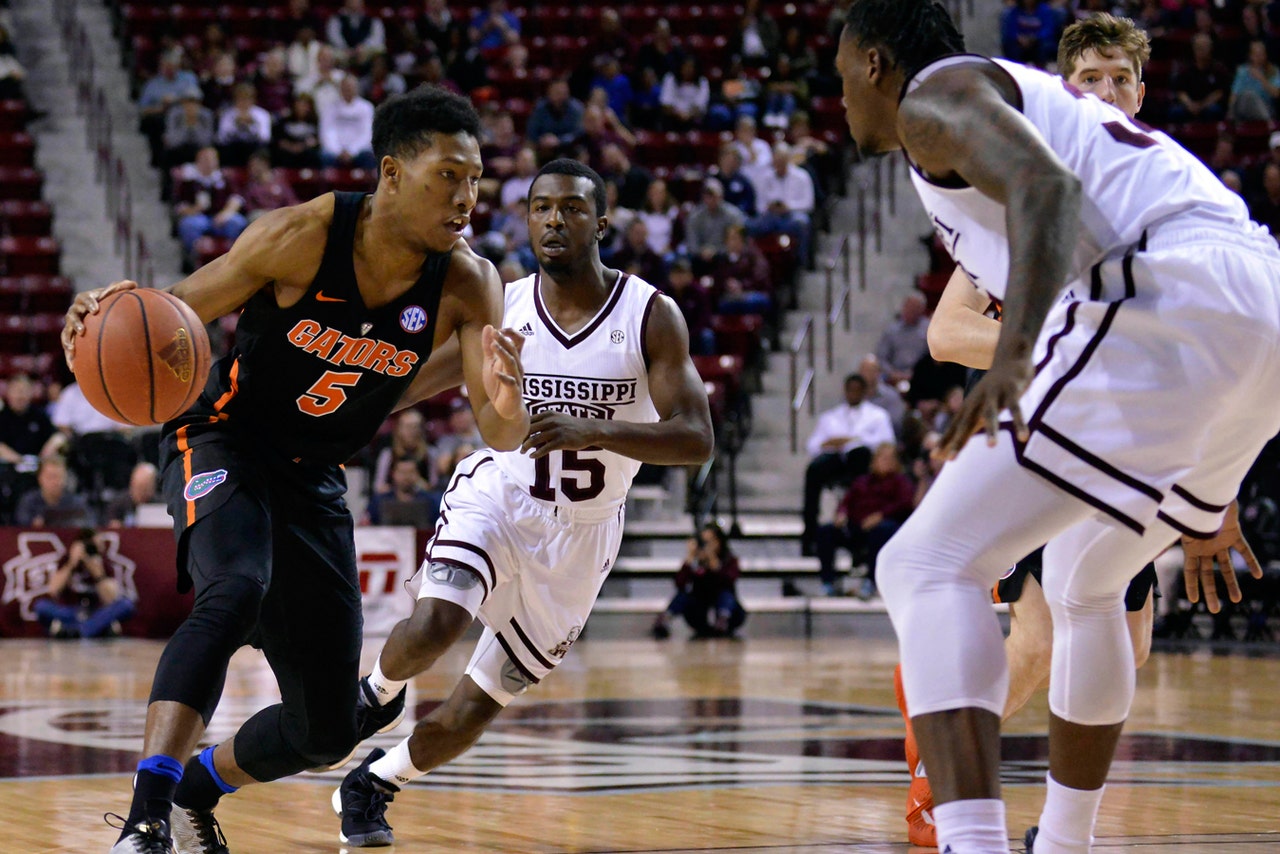 STARKVILLE, Miss. (AP) -- Florida is a team that has occasionally put up huge offensive numbers this season, including 106 and 114 points in games over the past month.

But the shots weren't falling on Saturday.

So the 15th-ranked Gators resorted to Plan B: A little grit, a little luck and a whole lot of defense in a 57-52 victory over Mississippi State.

"We've been able to find different ways to win different games," Florida coach Mike White said. "It's been different guys night in and night out and this is just another example."

Hayes had a crucial block during the final minute when Mississippi State was trying to push ahead. Chiozza said the Gators might be known for offense, but are more than capable of handling defensive showdowns.

"You just have to want to do it," Chiozza said. "We've got good athletes, size and speed. So we just fly around and communicate."

Florida was also fortunate that Mississippi State had one of its worst offensive games of the season. The Bulldogs (14-12, 5-9) trailed for most of the game, but Aric Holman threw down a dunk with 2:23 remaining to tie it at 52.

Mississippi State had multiple chances to tie or take the lead, but couldn't hit shots in the crucial final minute. The Bulldogs finished 2 of 23 (8.7 percent) from 3-point range, including 0 of 13 in the first half. Several of the shots were wide open, but nobody could convert.

"It's tough to continue to be right there, but not be able to get it over the hump," Mississippi State coach Ben Howland said.

Quinndary Weatherspoon led Mississippi State with 17 points, but was just 1 of 8 from 3-point range. The Bulldogs have lost eight of their past 10 games.

"We were getting good looks," Weatherspoon said. "We just weren't hitting them."

Florida: It's a solid win for the Gators, who are still figuring out their rotation after the loss of Egbunu. Hayes was excellent, providing the constant rim protection that Florida will need if it wants to make a deep NCAA Tournament run.

OFF NIGHT FOR BERRY

Florida's leading scorer Canyon Barry was held to just seven points on Saturday. Berry limped off the court late in the game and didn't return. White didn't believe the injury was serious, saying Barry had a "rolled ankle" but wanted to go back in the game.

Florida had 16 turnovers Saturday, which was one off a season high. White said his team was trying too hard to generate offense when the shots weren't falling early.

"You can see why the pressing and forcing, trying to do a little too much, could creep in," White said. "But we've got to avoid that in the future."

Florida: The Gators return home to face No. 21 South Carolina on Tuesday.

Ohio State's Championship Conundrum
The Buckeyes could miss the Big Ten title game through no fault of their own. Urban Meyer offers one thing to keep in mind.
3 hours ago

Lurking Or Overlooked?
BYU is 9-0, but they're only 14th in the CFP rankings. And coach Kalani Sitake had thoughts on Breaking The Huddle.
November 26

CFP Rankings: What You Need To Know
The first College Football Playoff rankings were released on Tuesday, and the Alabama Crimson Tide are in the top spot.
November 24
those were the latest stories
Want to see more?
View All Stories
Fox Sports™ and © 2020 Fox Media LLC and Fox Sports Interactive Media, LLC. All rights reserved. Use of this website (including any and all parts and components) constitutes your acceptance of these Terms of Use and Updated Privacy Policy. Advertising Choices. Do Not Sell my Personal Info