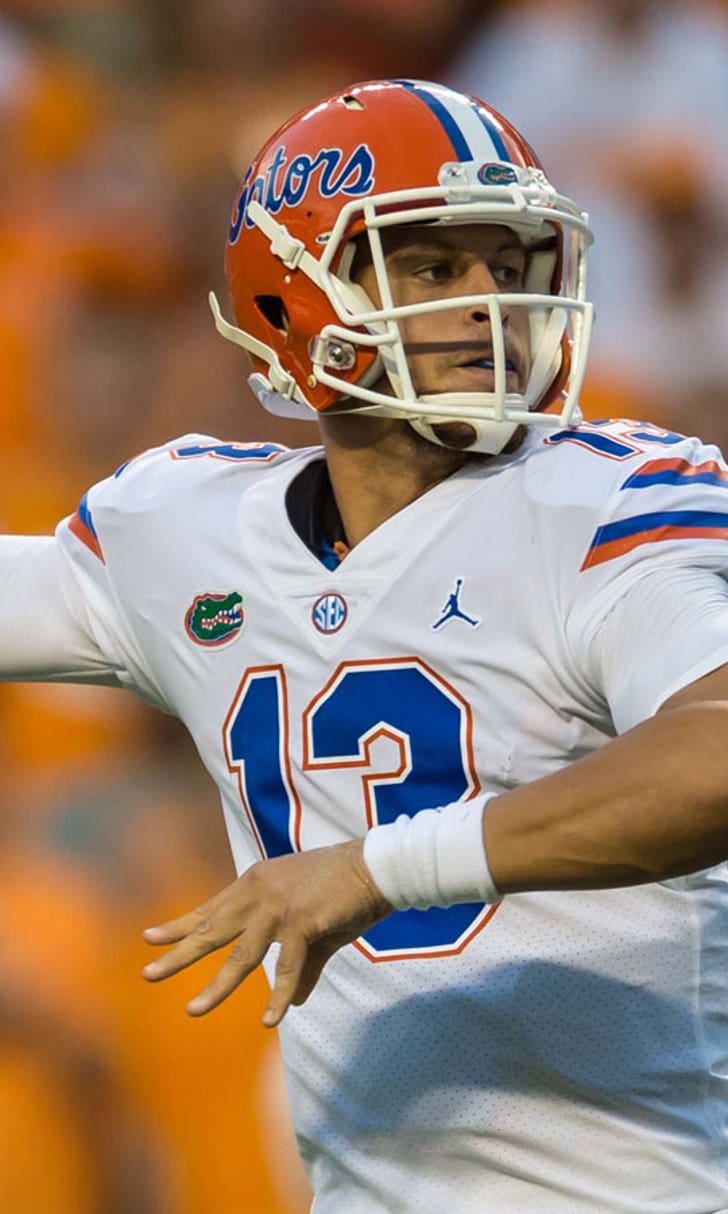 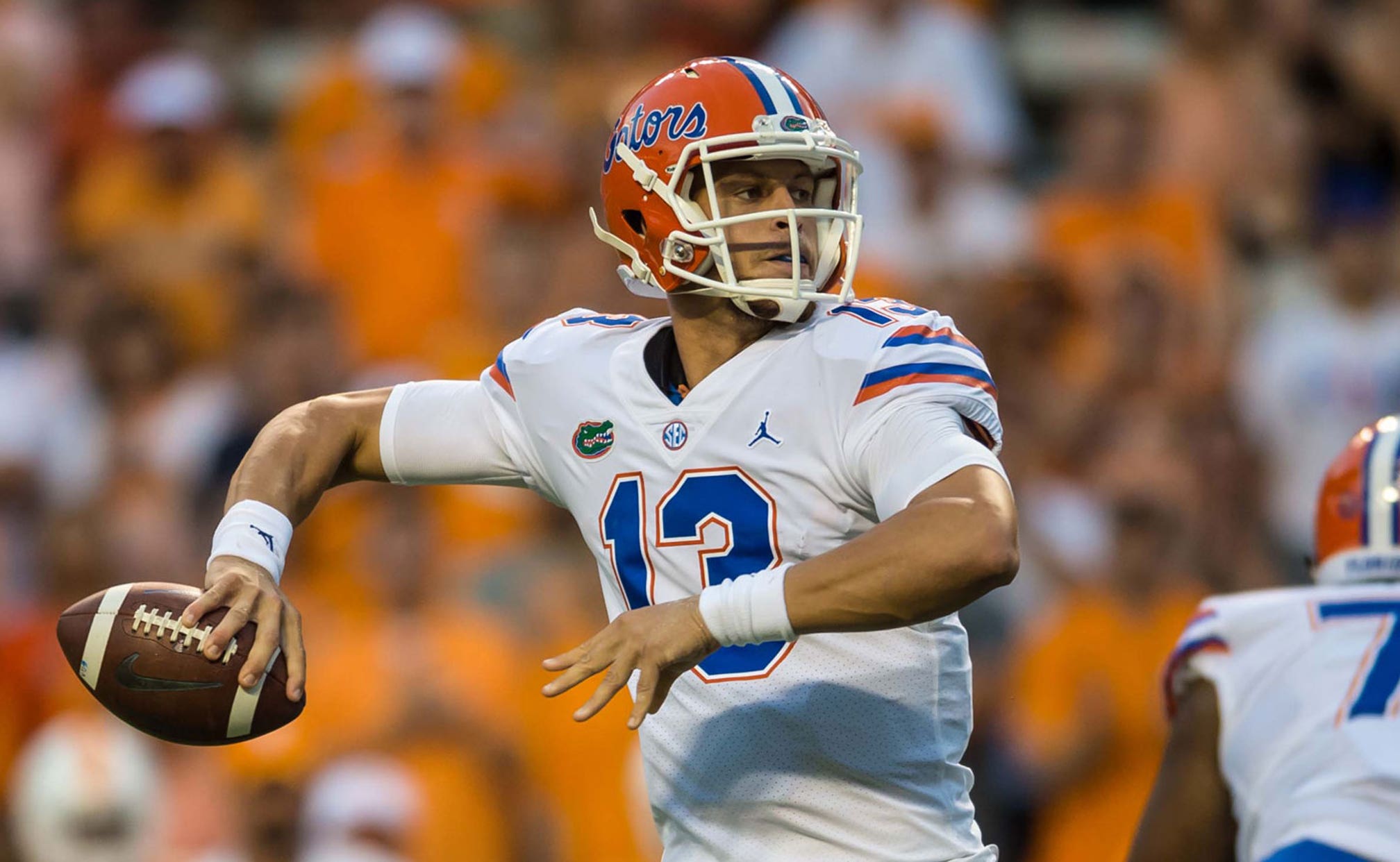 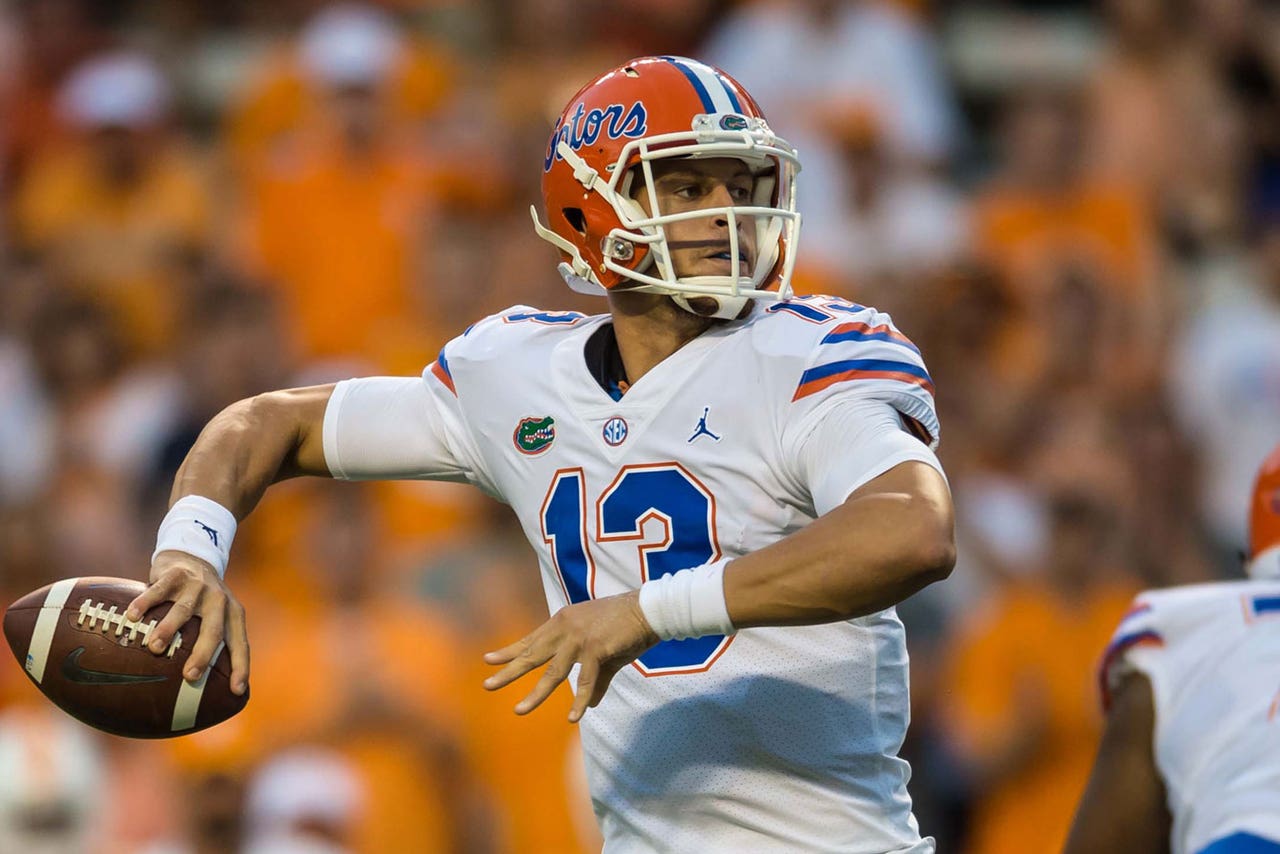 KNOXVILLE, Tenn. (AP) —Feleipe Franks threw touchdown passes to three different receivers and ran for a fourth score Saturday as Florida capitalized on six Tennessee turnovers in a 47-21 rout of the Volunteers.

Four of Tennessee's turnovers led to 24 points for Florida. Tennessee also gave up a safety and cost itself a touchdown by fumbling a ball out of the end zone for a touchback.

Tennessee has lost its last 10 games against Power Five opponents since beating Georgia Tech in overtime to open the 2017 season.

This game featured plenty of frantic finishes and dramatic comebacks over the last four years, but Tennessee's inability to hang on to the football took the suspense out of this one early.

Florida and Tennessee each gained 204 yards in the first half, but the Gators led 26-3 at the intermission after scoring 17 points off three Tennessee turnovers. Florida extended the lead to 33-3 on Jordan Scarlett's 19-yard touchdown run immediately after Tennessee's Shawn Shamburger fumbled the second-half kickoff.

Florida has 14 takeaways through its first four games.

Tennessee trailed 23-3 in the second quarter when the Vols decided to go for it on fourth-and-inches from their own 45. The gamble appeared to pay off when Jarrett Guarantano threw to a wide-open Austin Pope, who caught the ball inside Florida's 40 and appeared on his way to the end zone.

But Florida's CJ Henderson chased down Pope inside the 10 and applied a hit that caused Pope to fumble the ball out of the end zone, turning a potential touchdown into a touchback.

Guarantano went 7 of 18 for 164 yards with two interceptions and a fumble for his first three turnovers of the season. He left the game briefly in the second quarter after absorbing a big hit, and another hit knocked him out of the game in the third period.

Florida's lopsided victory spoiled Tennessee's 20th-anniversary celebration of its 1998 national championship team. Members of the 1998 team received a hearty ovation when they were introduced during a timeout after the first quarter.

Florida: The Gators' high point total is somewhat misleading because so many of the points came off turnovers. The Gators' offense definitely has big-play ability. Franks had a 65-yard touchdown to Swain and a 38-yarder to Cleveland, while Dameon Pierce added a 47-yard touchdown run. But this offense still must establish some consistency, and Franks still must become a more accurate passer. Florida also must play more disciplined football after committing 10 penalties Saturday.

Tennessee: After playing turnover-free football in its first two games, Tennessee has committed eight in its last two contests. Tennessee also had costly penalties, including a late hit by star offensive tackle Trey Smith and unsportsmanlike conduct by head coach Jeremy Pruitt. The Vols can't afford those types of mistakes to have any chance of winning a game over the next month as they enter the toughest part of their schedule. Tennessee's next four opponents are No. 2 Georgia, No. 9 Auburn, No. 1 Alabama and South Carolina.

Florida is at No. 14 Mississippi State on Saturday.

Tennessee visits No. 2 Georgia on Saturday.