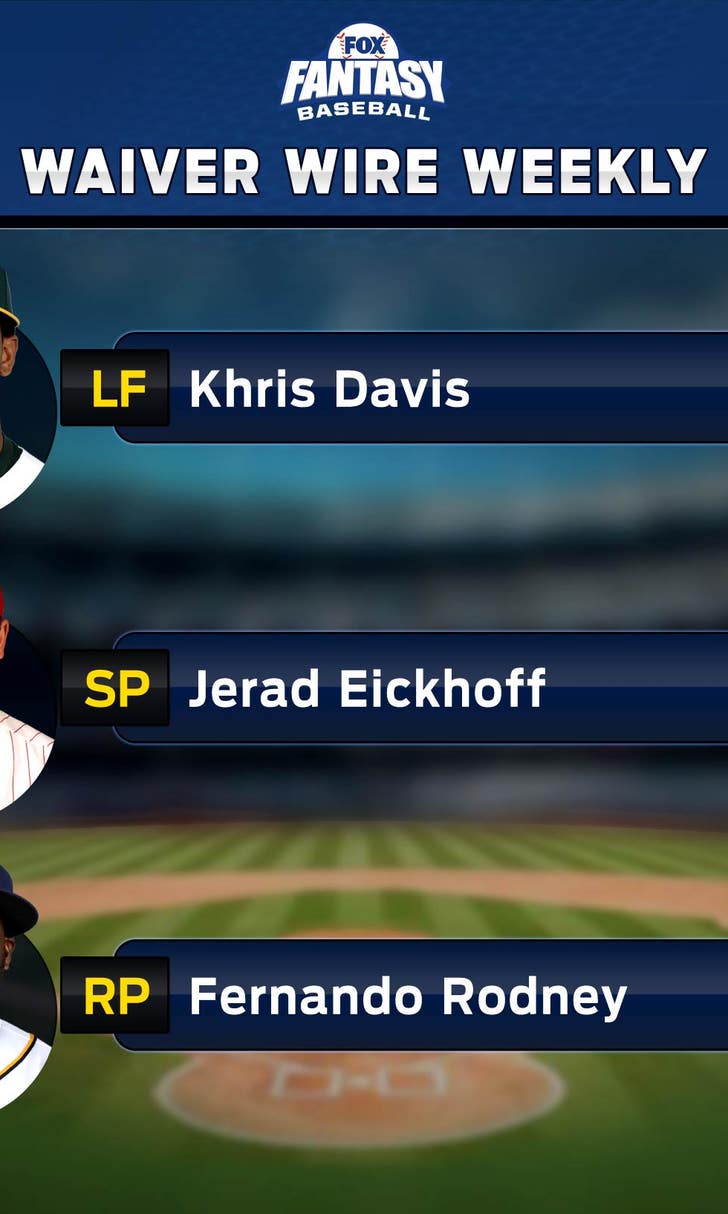 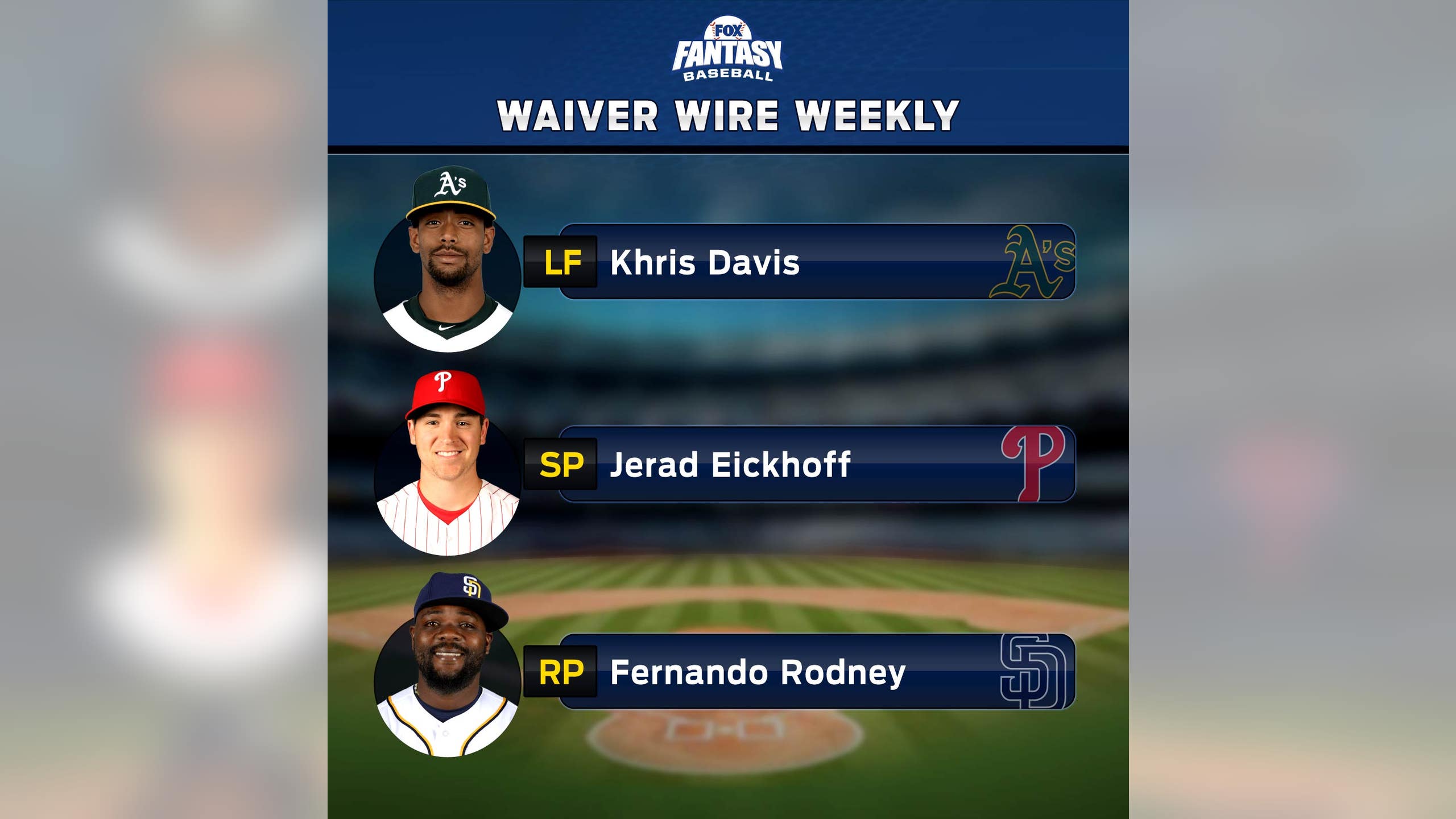 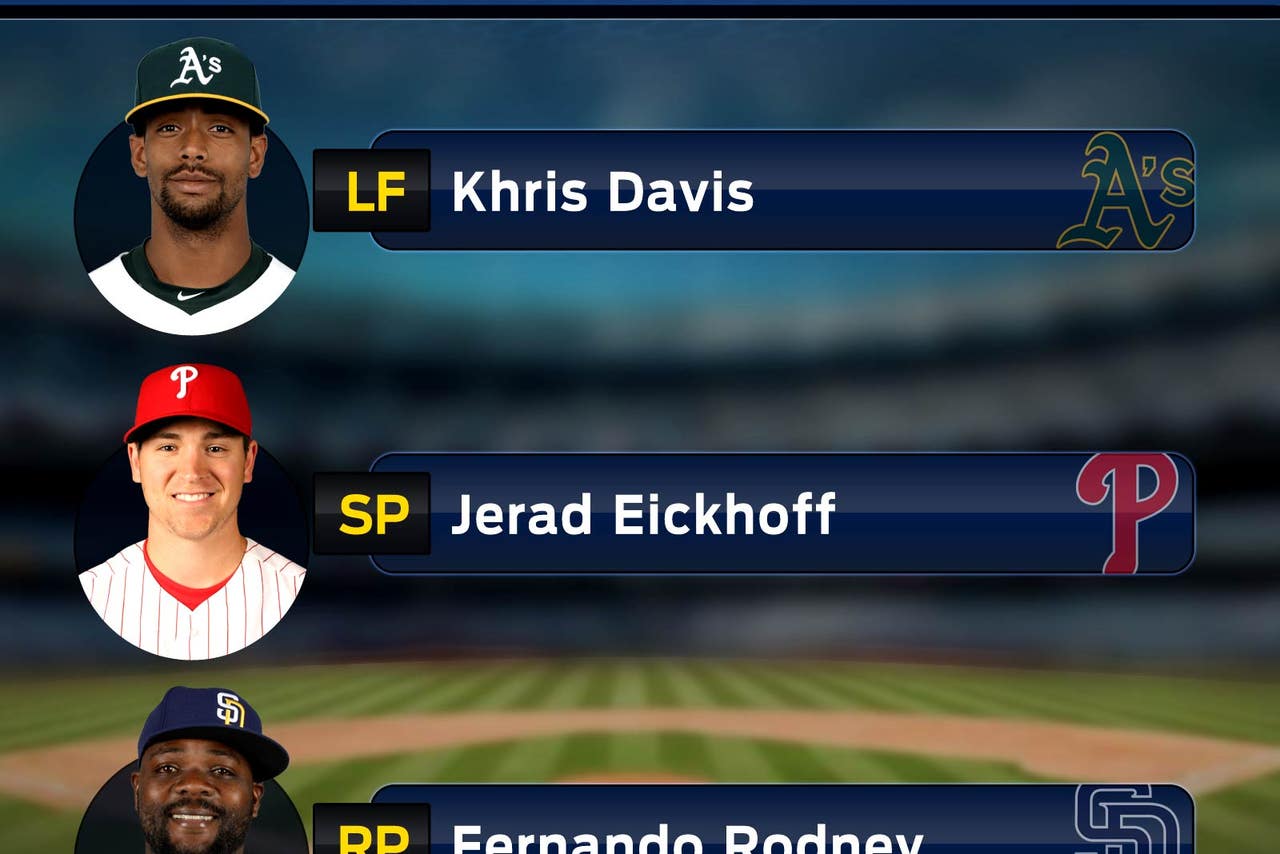 With catchers on the shelf all around the league, it's pretty difficult to find a solid every day starter. Realmuto is one of the few out there that can actually swing a bat, as he's hitting .309 this season. He won't "wow" you, but Realmuto approached double-digit steals (8) and hit 10 HR last year, so there's some potential present. If only he could learn to walk...

I don't love the available depth at 1B in most leagues right now, so let's take a flier on a highly regarded prospect in Reed. With Tyler White crashing back down to earth (.224 avg, 1-for-16 last seven games), it might not be long before the Astros call up the big time slugger for extra pop in the lineup. If you want to beat the rush, stash him now.

It's hard to tell how real his hot start is, but at age 26, perhaps Lawrie has figured it out. The AVG and OBP will almost certainly come back down, but the power is why you want him. Lawrie hit 16 HR last year, and with four already under his belt this season, he could approach 20 with dual 2B/3B eligibility. You could do worse if you lost Dee Gordon this week.

He's hitting .398 this season, which can't be ignored. Hopefully he'll gain 2B eligibility at some point, but we'll see how Miami handles that. If you need someone swinging a hot bat right now, Prado is 15-for-29 over his last seven games. Just don't expect much help in the power or speed departments.

At least until Orlando Arcia gets the call up to the bigs, Villar can help your fantasy team. He has six stolen bases over his last seven games, and he's getting on base enough (.378 OBP) to keep helping in that category. Don't get too attached, though.

Very quietly, Davis is starting to mash once again. He has four homers in his last seven games, and his average is back up to a tolerable .235. If an owner in your league quit on him early, go grab him and enjoy the power benefits. Remember, Davis hit 27 homers in just 392 at-bats last year, so the power is definitely real.

He's not going to rack up the wins on the Phillies, but Eickhoff has proven his ability to get strikeouts (32 in 30 IP) while keeping his walks down (5 BB all season). Maybe he won't be quite this good the rest of the way, but he should string together multiple quality starts.

It can be tough to find a reliable closer, but Rodney has been great in his chances with the Padres so far this year. He's racked up six saves, hasn't let up an earned run and is clearly the 9th inning guy going forward. Opportunities may be a little tough to come by, but Rodney should be owned at a much higher rate. His job is very safe.