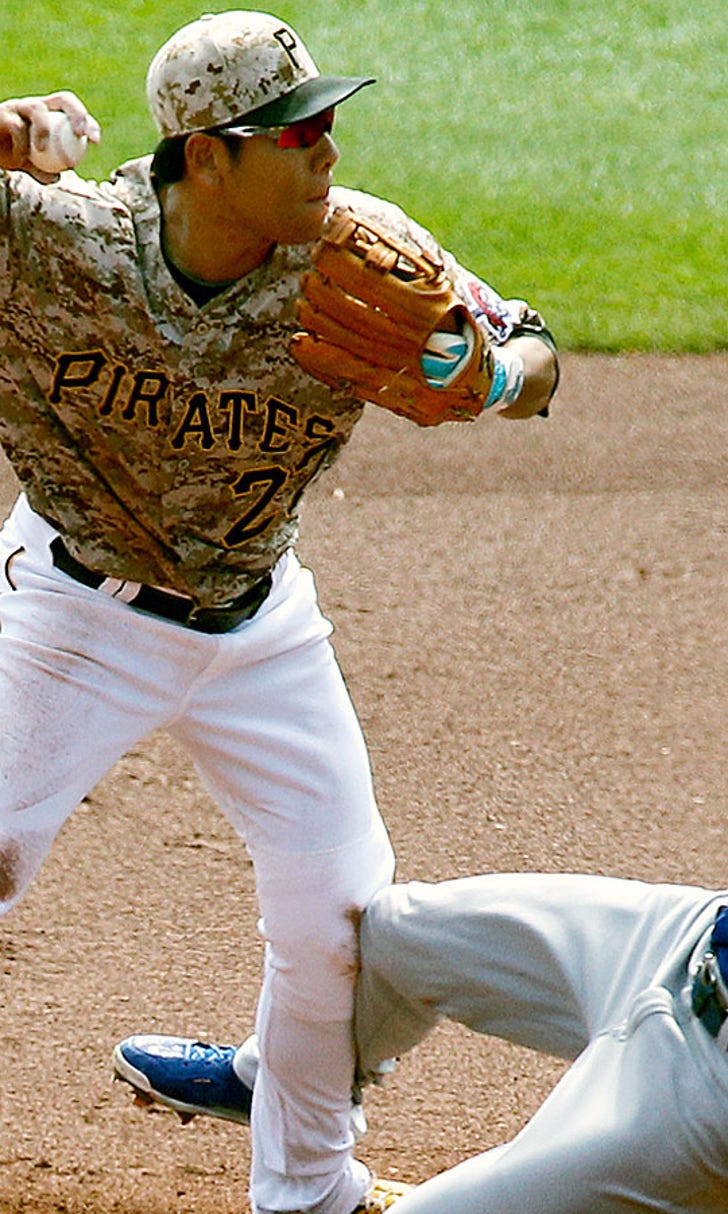 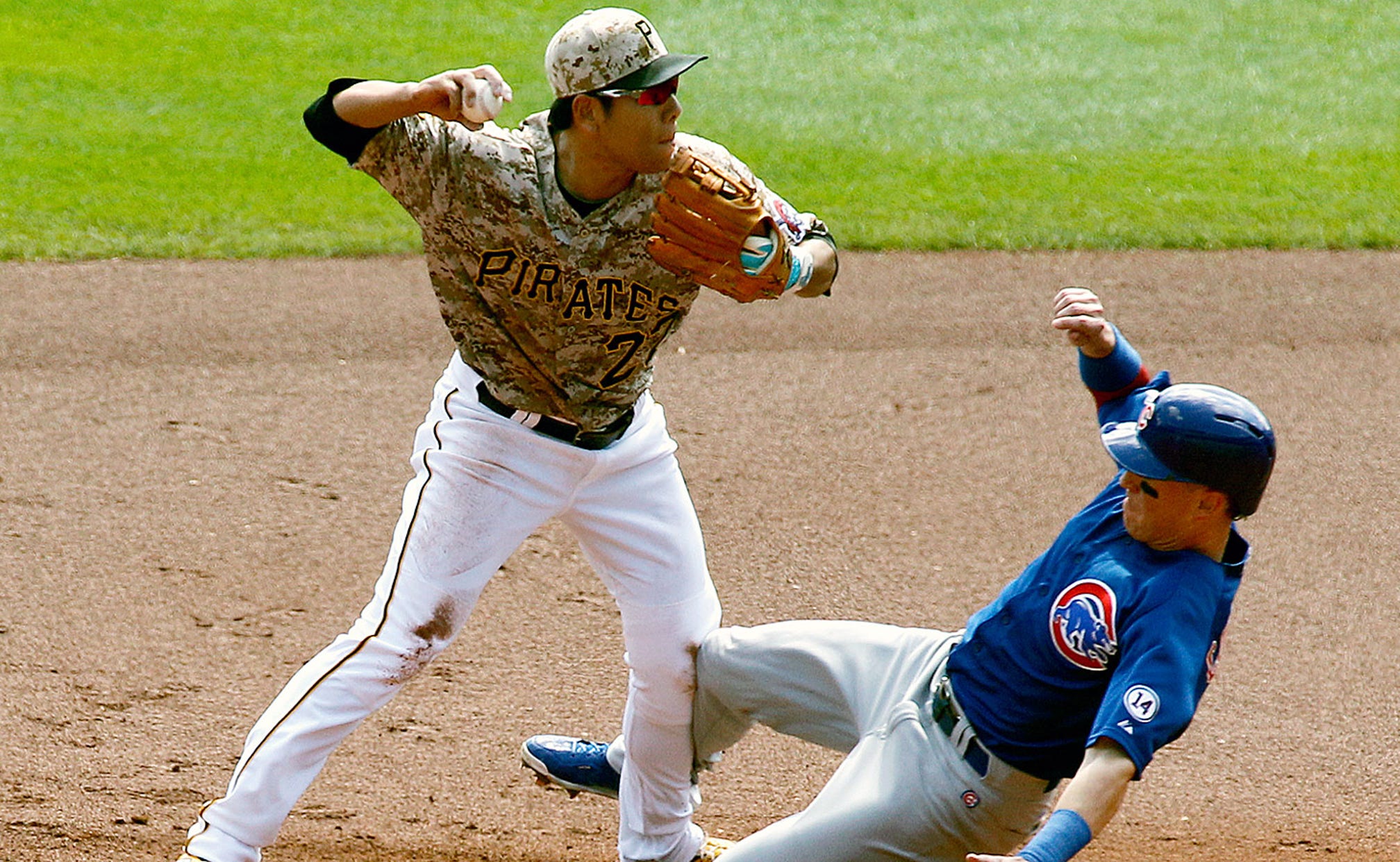 The Pirates shortstop is still recovering from September surgery to fix a fractured tibia and meniscus tear. Kang broke the lateral plateau of his tibia, a bony landmark of the shinbone located near the knee. The plateau acts as an anchor point for the lateral meniscus and concurrent injuries of the two structures are common. When Kang underwent his procedure the team estimated he would be ready to return between six and eight months. Given that we have yet to cross the six-month mark, it's not surprising to see Kang still limited.

If six months was indeed a best-case scenario then fantasy owners have to be prepared for the recovery process to potentially carry over into the regular season. Even when he does make it back into the lineup, don't be surprised if he receives routine days off to ensure his long-term availability. Adjust your draft boards accordingly.

The Cardinals shortstop suffered a thumb sprain during his second game spring training. Surgery was needed to repair the extensive damage to the involved ligament and Peralta is expected to start the year on the disabled list.

The thumb is comprised of three bones, the two phalanxes and the first metacarpal of the hand. The proximal phalanx attaches to the metacarpal, forming the metacarpophalangeal (MCP) joint. The MCP is fortified by two ligaments, the ulnar collateral ligament (UCL) and the radial collateral ligament (RCL). The UCL of the thumb, not to be confused with the elbow ligament of the same name that is repaired in Tommy John surgery, serves as the primary stabilizer and sits near the webbing of the hand and pointer finger. The RCL sits on the opposite side of the thumb, closer to the wrist. Together the two ligaments provide stability when performing the pinching motion or attempting to grip an object, like a baseball or a bat. It is believed that Peralta suffered a tear to the UCL of his thumb.

These types of tears are fairly common in baseball, often occurring when the player's digit gets hang up on a base during an ill-advised head-first slide. Players to miss time recovering from the injury and subsequent surgery include Bryce Harper, Josh Hamilton and Peralta's teammate Yadier Molina. The average missed time in these three cases was eight weeks, a total that would be on the early end of the team's projected recovery window of eight to 10 weeks.

If the time missed wasn't enough, look for the effects of the injury to linger upon his return. As previously mentioned, the thumb is a key component of grip strength and Peralta's productivity at the plate could dip. Both Harper and Hamilton struggled with their power following their respective injuries and Peralta could be susceptible to similar issues. Jedd Gyorko and Aledmys Diaz will fight to replace Peralta in the lineup, though neither appears to be a high-end fantasy option.

Asdrubal Cabrera: The 30-year-old has been diagnosed with a patellar tendon strain in his left knee. The team opted to utilize a platelet-rich plasma (PRP) injection on the injury and will shut him down for two weeks. PRP injections are designed to stimulate healing but are often accompanied by an extended period of rest to ensure the effectiveness of the treatment. The Mets are optimistic the issue will resolve itself before Opening Day though the injury should serve as a reminder that Cabrera has shown a proclivity for injury and has played in more than 150 games just once since 2007.

Prince Fielder: The Rangers slugger is dealing with sleep apnea but has returned to the club after missing time to be evaluated by a sleep specialist. The visit was productive and Fielder was given a breathing mask to use when he sleeps. Sleep apnea is more common in football than baseball but Fielder's size could have easily factored into his condition. Fielder has already said he can feel a difference at night. The ability to get a good night's rest will benefit him and his performance and the condition shouldn't effect his draft day value.

A.J. Pollock: The Arizona All-Star is managing soreness in his right elbow. A MRI on the area came back clean and Pollock said the soreness is routine at this point of the spring, suggesting the problem is linked to a 2010 surgery he needed to repair a fractured growth plate in the area. Don't overreact to this issue just yet but make sure healthier options like Andrew McCutchen or Mookie Betts are off the board before you opt to invest in Pollock.

Kyle Schwarber: The hard-hitting 23-year-old is dealing with left knee soreness. While the specifics remain vague, the Cubs are downplaying the seriousness of the injury and have listed Schwarber as day-to-day. Hopefully a few days of rest will help the issue and Schwarber will be back soon. Still, keep an eye on the situation given the amount of stress placed on and through the knees by catchers.

Corey Seager: The Dodgers prospect is looking to build on last year's late season success. Unfortunately, a mild knee sprain will limit his time in spring training though the team remains optimistic he will be available for Opening Day. A MRI revealed the injury but the involved ligament was not reported. Given that the Dodgers feared a potential meniscus injury, it seems likely Seager sprained his MCL, as fibers of this ligament are fused with the cartilaginous disc. Fortunately, the MCL can heal without surgical intervention and this should be viewed as a minor setback.

Giancarlo Stanton: Stanton's attempt to bounce back from a hamate fracture and surgery has been slowed by right knee soreness. There is some concern given that Stanton underwent a debridement surgery on this knee during the 2012 season. The procedure was needed to remove a loose body within the joint, an issue that can resurface over time. Stanton was back Sunday and showed no lingering effects of the problem. Even better, Stanton has been able to remain active in the batting cage, a promising sign that his wrist is feeling good and will be a non-issue.