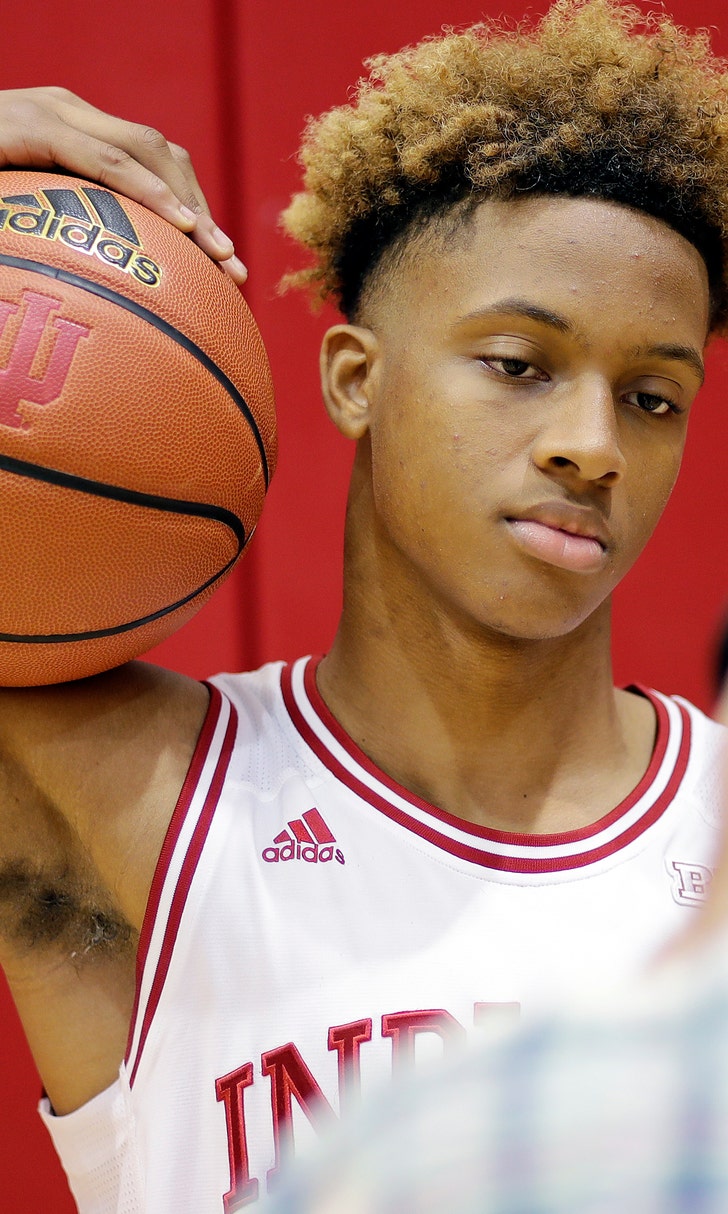 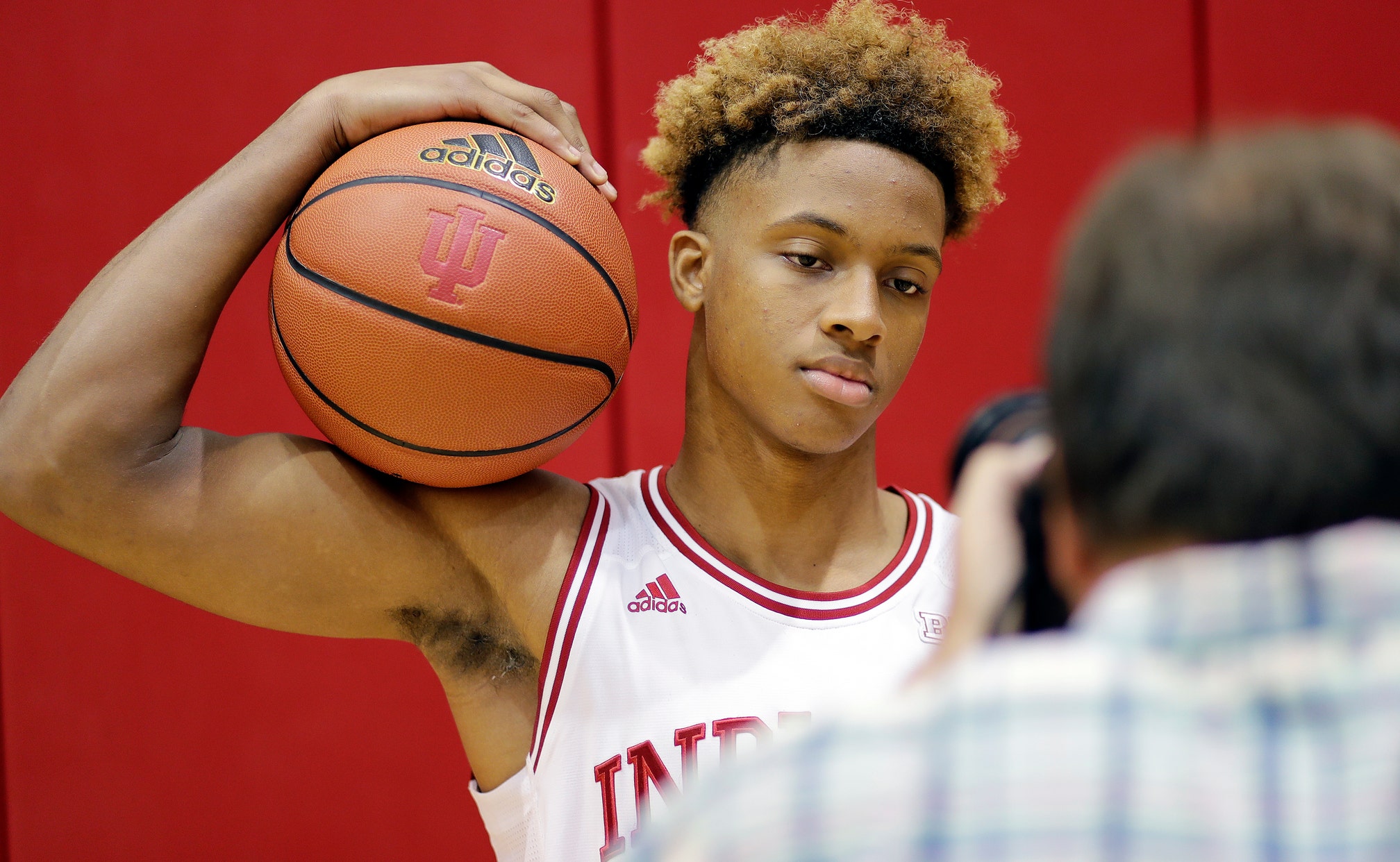 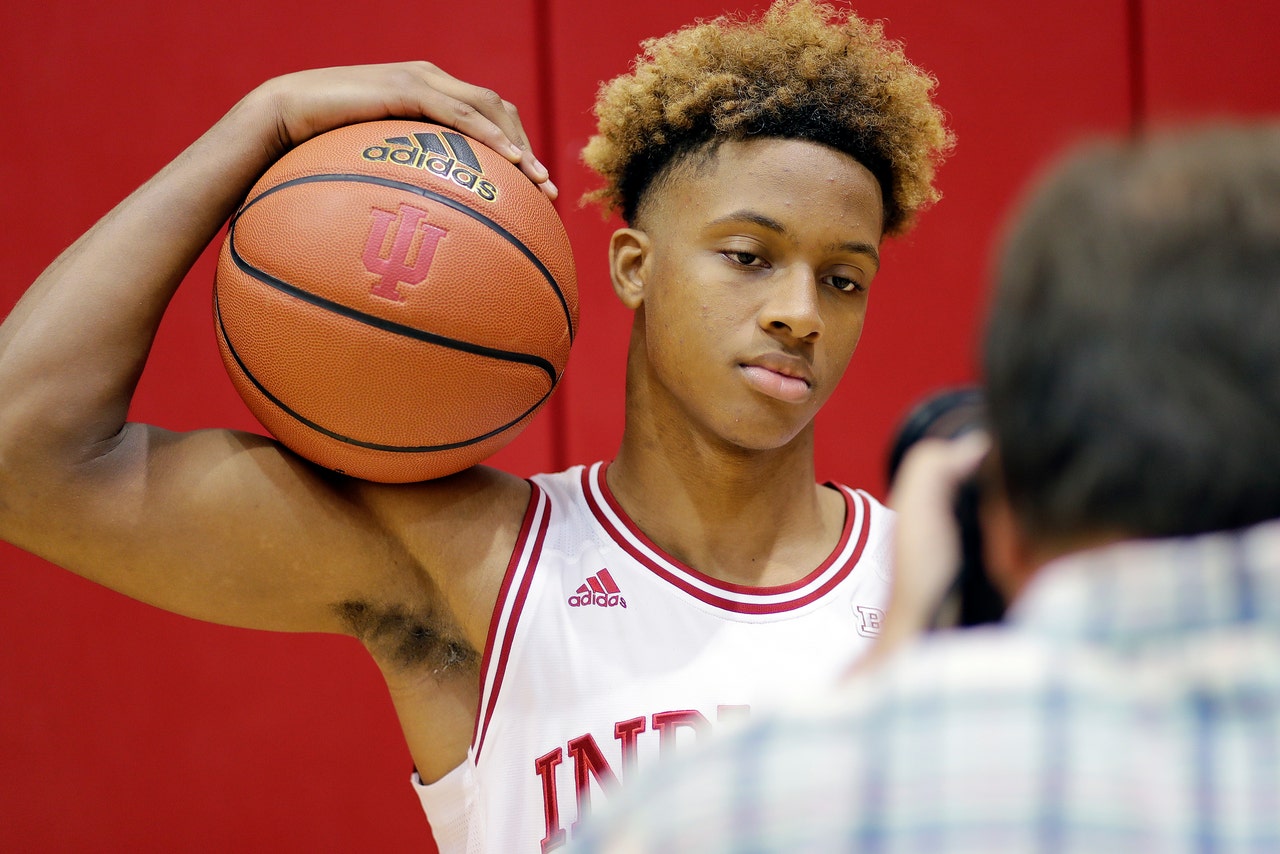 BLOOMINGTON, Ind. — Romeo Langford walked into Assembly Hall and found his spot on the dais. Then he started rattling off phrases Indiana Hoosiers fans dream about hearing.

He's here to play basketball, enjoys working against guys as talented as he is and intends to hang a sixth national championship banner in the rafters before leaving town.

In one of the Hoosiers' most anticipated media days in years, the soft-spoken freshman guard sounded every bit like Indiana's new leader.

"I don't go into any season just trying to win a couple games. I go in trying to win the whole, entire championship," Langford said. "Really, my expectation for myself is to be the best I can be, and I feel like me doing that is going to help the team be successful down the road."

The expectations for Langford are enormous — just like they were when Damon Bailey, Jared Jeffries, Eric Gordon and Cody Zeller arrived on campus.

Each Mr. Basketball Award winner was expected to revive Indiana's glorious program, and each was a prime in-state recruiting target for years before finally pulling on the traditional candy-striped warmup pants.

Each was supposed to bring Indiana a sixth national title. None could.

Now it's Langford's turn as the top-ranked recruit in a highly regarded freshman class. The 6-foot-6 shooting guard finished his high school career with 3,002 points, fourth in state history, and led New Albany, on the Kentucky border, to a 110-10 record and the 2016 Class 4A state title.

Twice he was named a Naismith All-American. And last year he was one of three finalists for Gatorade's national player of the year award.

"He just does things so easy and so smoothly," Miller said. "If he was a football player he'd be Randy Moss. If he was a track athlete, he'd probably be Usain Bolt or one of those guys. Just the stride, the elevation, quick jumps, second jumps, the knifing through people, covering ground from rim to rim, things just like that that he probably takes for granted."

Nobody else in crimson-and-cream does after missing the NCAA Tournament each of the past two seasons.

But the addition of Langford and Rob Phinisee, both all-state guards, could change things dramatically.

"Off the court, everybody is well connected, especially in the summer. We're all clowns," Phinisee said. "On the court, we bring energy, and everybody is just really together. We play as a team, and nobody has a big head."

It's already apparent how much better these Hoosiers could be.

Morgan spent the offseason working on his 3-point shot. Guard Devonte Green focused on finding more consistency rather than making home-run plays. Davis, who continues his recovery from a torn Achilles tendon that limited him to 15 games in 2017-18, could be a key post player at 6-foot-10, 255 pounds. Evan Fitzner, a 6-10 graduate transfer from St. Mary's, gives the Hoosiers a 3-point threat from the wing.

And then there are the freshmen — Langford, Phinisee and forward Damezi Anderson, each of whom topped the 2,000-point mark in high school.

"I think he's getting used to the team, and the team is getting used to him, just like all freshmen have to do," Miller said, referring to Langford. "Everybody kind of figures their way out, but I think the one thing about Romeo that's very unique is he's a quiet guy. But once he starts to feel some things out, especially with his peers, he's a fun guy."

A guy who gets more out of winning than most — and who couldn't care less about his own numbers.

It's a skill set and an attitude that could help the Hoosiers turn things around and maybe even emerge as a national contender soon.

"We all know he can score, and he shows that ability," Morgan said. "But he also is able to see passes and plays before they even happen, and I think that is just something that you build over time. As good as he is now, he's only going to get better."

Leave it to the Master
OSU's Master Teague III ran all over Indiana's defense last weekend, earning Reggie Bush's 'Playmaker of the Week' award.
11 hours ago

Buckeyes Escape Upstart Hoosiers
By no means was it a walkover, but Ohio State was able to take down Indiana and remain unblemished on the season.
6 days ago