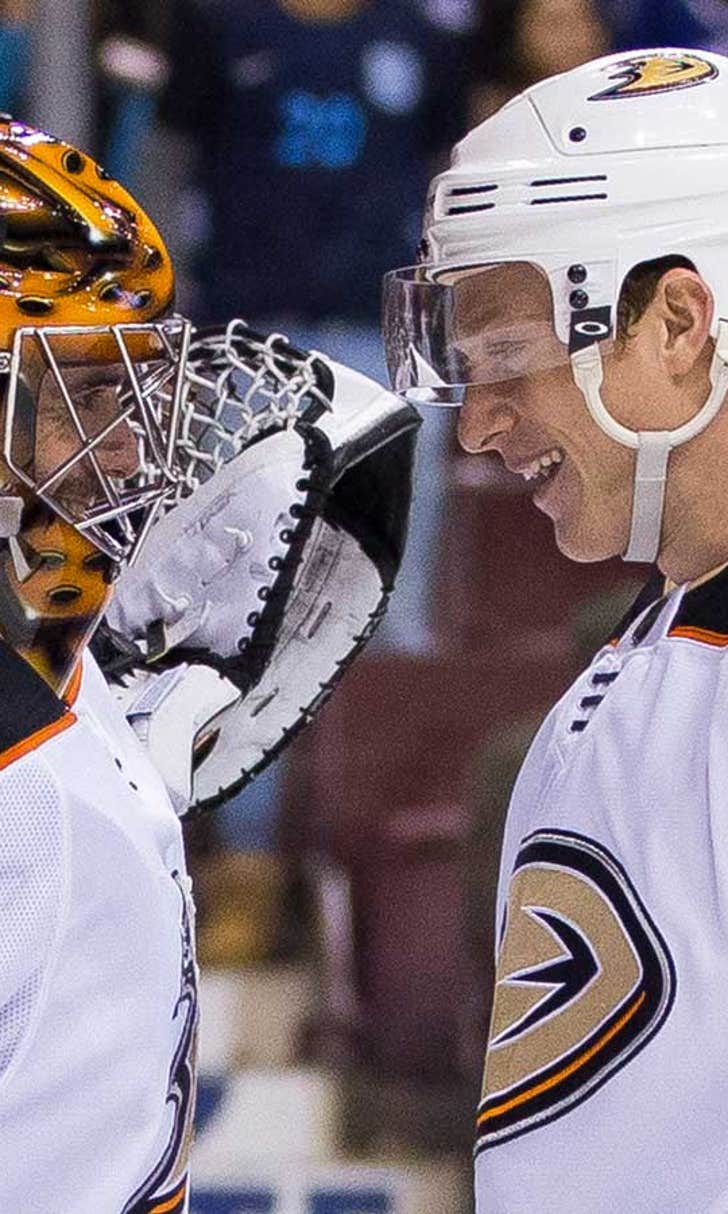 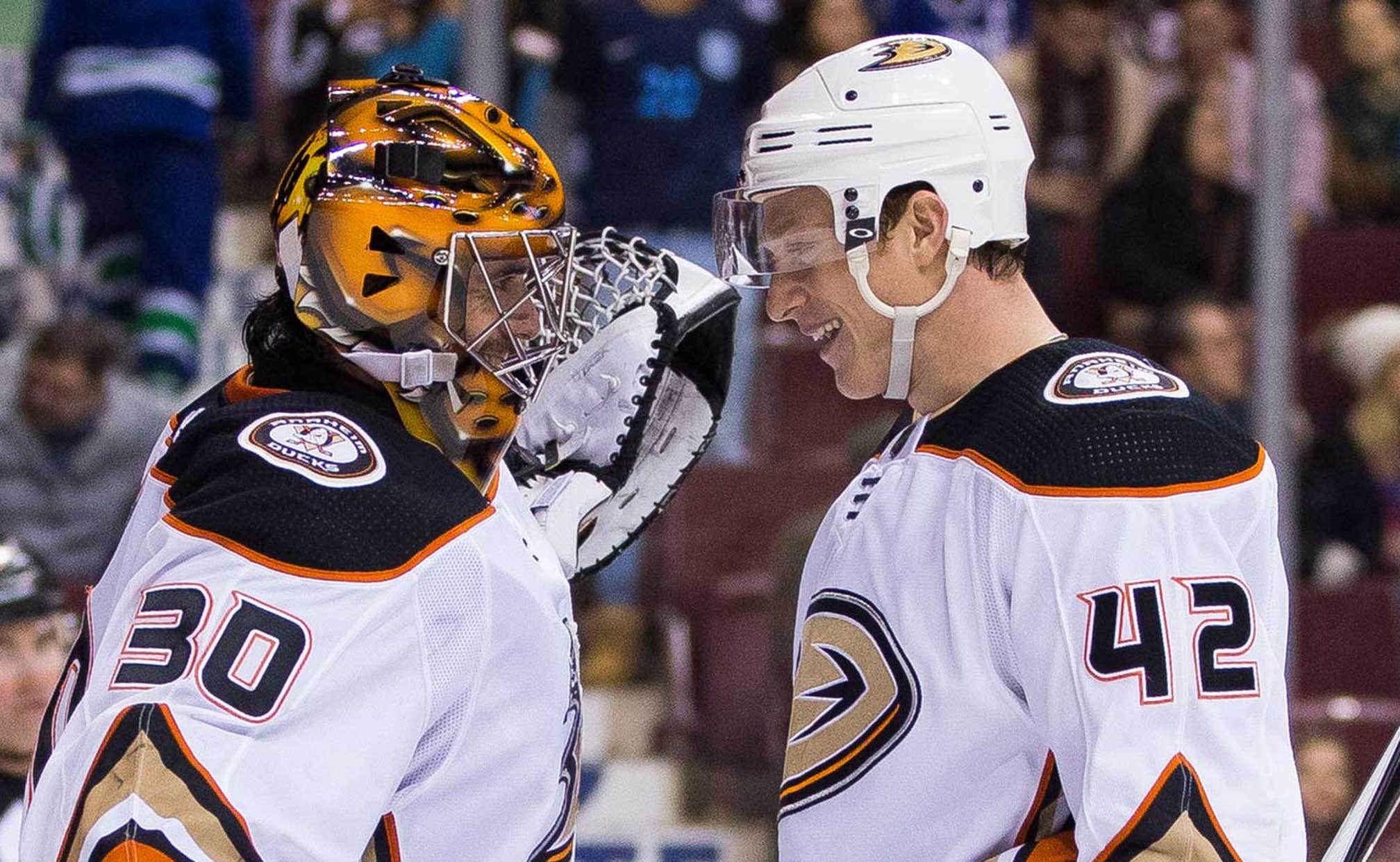 Ducks surging as they take on Oilers 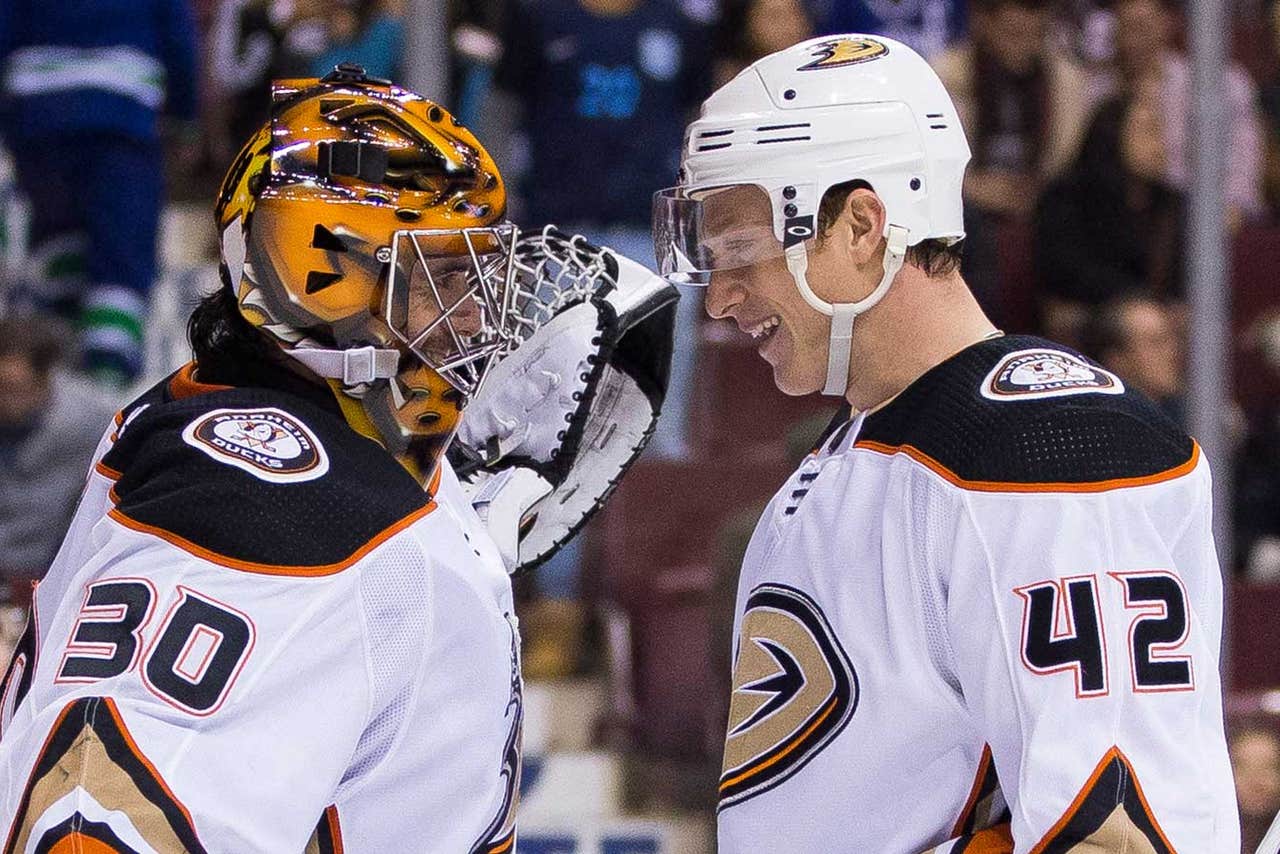 The Edmonton Oilers were looking forward to starting 2018 on the right foot by ending their latest losing streak.

But after another shutout loss coupled with poor special teams play at home, the team's chances of reaching the postseason are dwindling with each game.

Looking to avoid their first five-game losing streak since November 2016, the Oilers meet the Anaheim Ducks for the first time this season Thursday night at Rogers Arena in Edmonton, Alberta.

Anaheim came back from 2-0 and 3-2 series deficits to stun Edmonton 4-3 in the 2017 Western Conference semifinals.

Edmonton (17-20-3) is coming off a 5-0 loss to the Los Angeles Kings -- its second straight setback by that score -- Tuesday night. The turning point came just before the end of the second period, when Edmonton winger Patrick Maroon was given a match penalty for using his shoulder to hit Los Angeles defenseman Drew Doughty in the head. Maroon also received a five-minute major for fighting Derek Forbert.

The Kings scored three power-play goals in the opening 4:34 of the third to take a 4-0 lead.

"I'm not a dirty player. I never was a dirty player. I have so much respect for players in this league. ... I'm just mad that they gave me a match and it hurt our PK," said Maroon, who leads the team with 53 penalty minutes and is tied with Connor McDavid for the team high with three game-winning goals

Maroon was suspended for two games by the league after a hearing Wednesday.

A bigger problem that's plagued Edmonton all season is penalty killing on home ice. In 21 games at Rogers Arena, the Oilers have surrendered 28 power-play goals in 63 chances with the 55.4 percent success rate an all-time NHL low. Opponents tallied more than one marker with the man advantage in nine such games with Edmonton going 1-7-1.

"It's been the story too often," Oilers center Mark Letestu told the Edmonton Journal. "That being said, we didn't score any goals tonight. It didn't matter if we let in four or five or 10 on that power play. I'm sick of tipping my hat to goaltenders."

Another issue for Todd McLellan's team is the play of McDavid and Leon Draisaitl, the team's top two scorers with 45 and 32 points, respectively,

McDavid, who won the Hart and Art Ross Trophies as a 20-year-old last spring, is enduring the longest points drought of his 167-game career. The top overall pick in the 2015 NHL Draft hasn't registered a point in three straight games.

Draisaitl, who set career bests with 29 goals and 48 assists last season, is still on pace for 22 and 47 in 2017-18. Where he is missed most is on the power play. Last season, he was second in the Western Conference with 27 man-advantage points (10 goals, 17 assists), but has no goals and three assists.

"Like a lot of our players, we expect more from him," McLellan said to conclude Tuesday's postgame news conference.

Still another player McLellan may have described with his closing remark was Cam Talbot, who's surrendered 18 goals and has an .877 save percentage during the losing streak.

McLellan did not indicate who would start in net, but delivered a strong message to the team at practice Wednesday.

"You only get to pout for a little while and then you have to get back up and pull yourself out of the mud and get going again," he said.

Anaheim (19-14-8) opened a five-game road trip with a 5-0 rout of the Vancouver Canucks on Tuesday, and has won three straight and five of its last six games. Ryan Miller made 31 saves against one of his former teams for his second shutout of the season and 41st of his career.

"Coming to Vancouver was a big point in my life, my wife's life," Miller noted. "My son was born here. I enjoyed the people here. It was a fun night."

Getzlaf had a goal and two assists, giving him two tallies and 14 helpers in 11 contests since returning after a 19-game absence with a facial injury.

Rakell has scored in six straight games (seven goals total), and added an assist for his third consecutive multi-point game.

"You want your top guys to feel good about themselves," Ducks coach Randy Carlyle told the Orange County Register. "When top players start to produce offensively, that's how they feel good. They're a contribution to our hockey club. It becomes one of those things where it's expected."