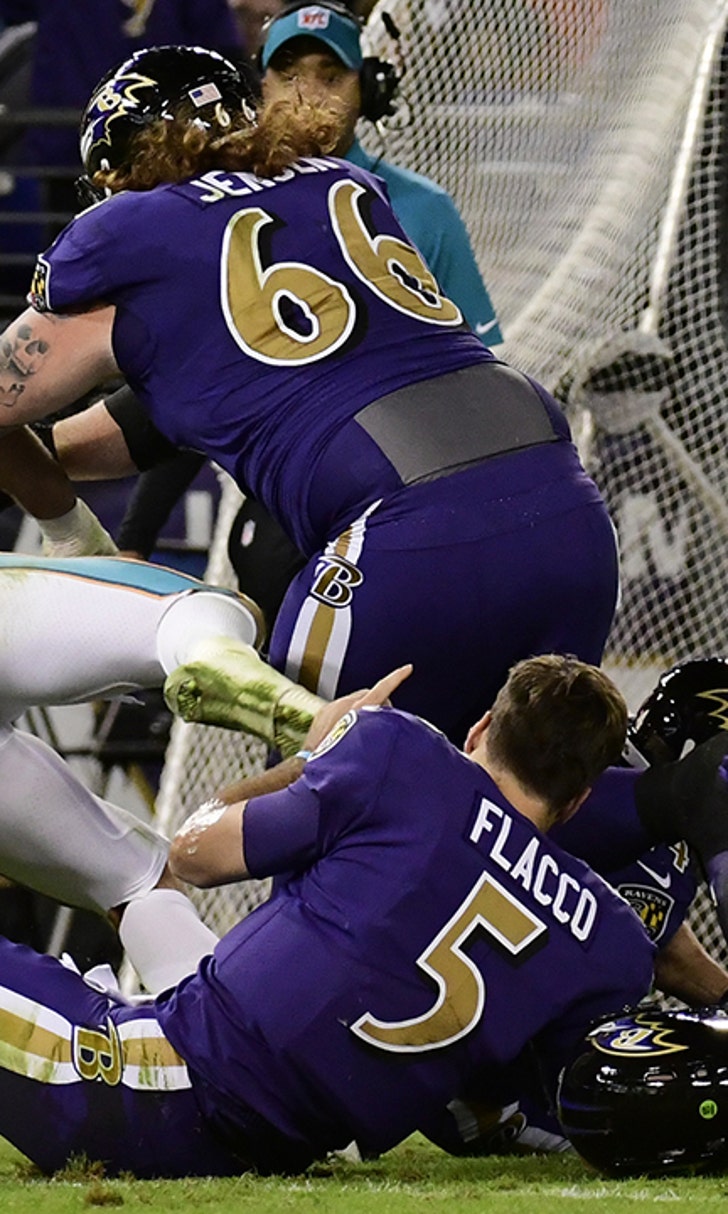 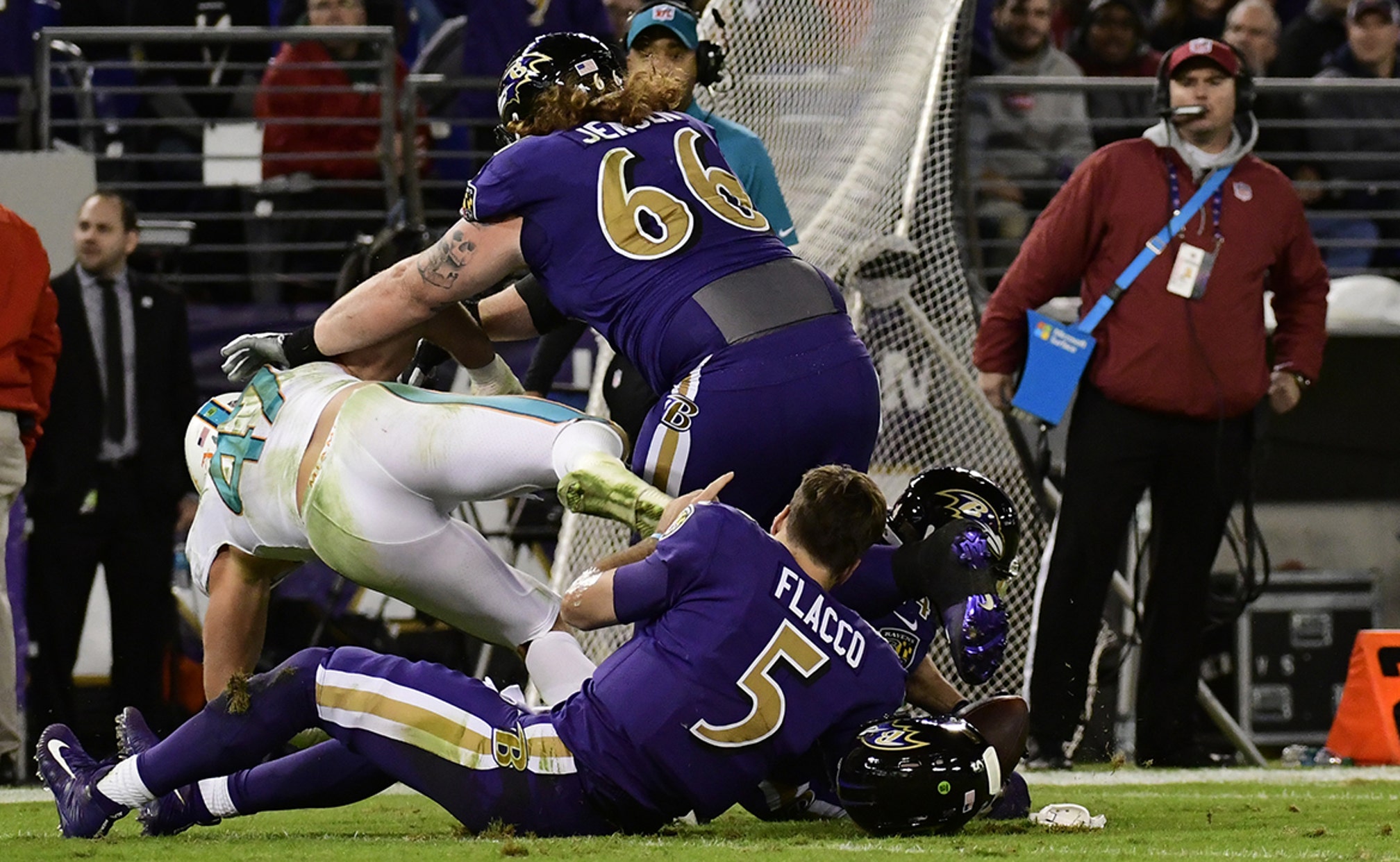 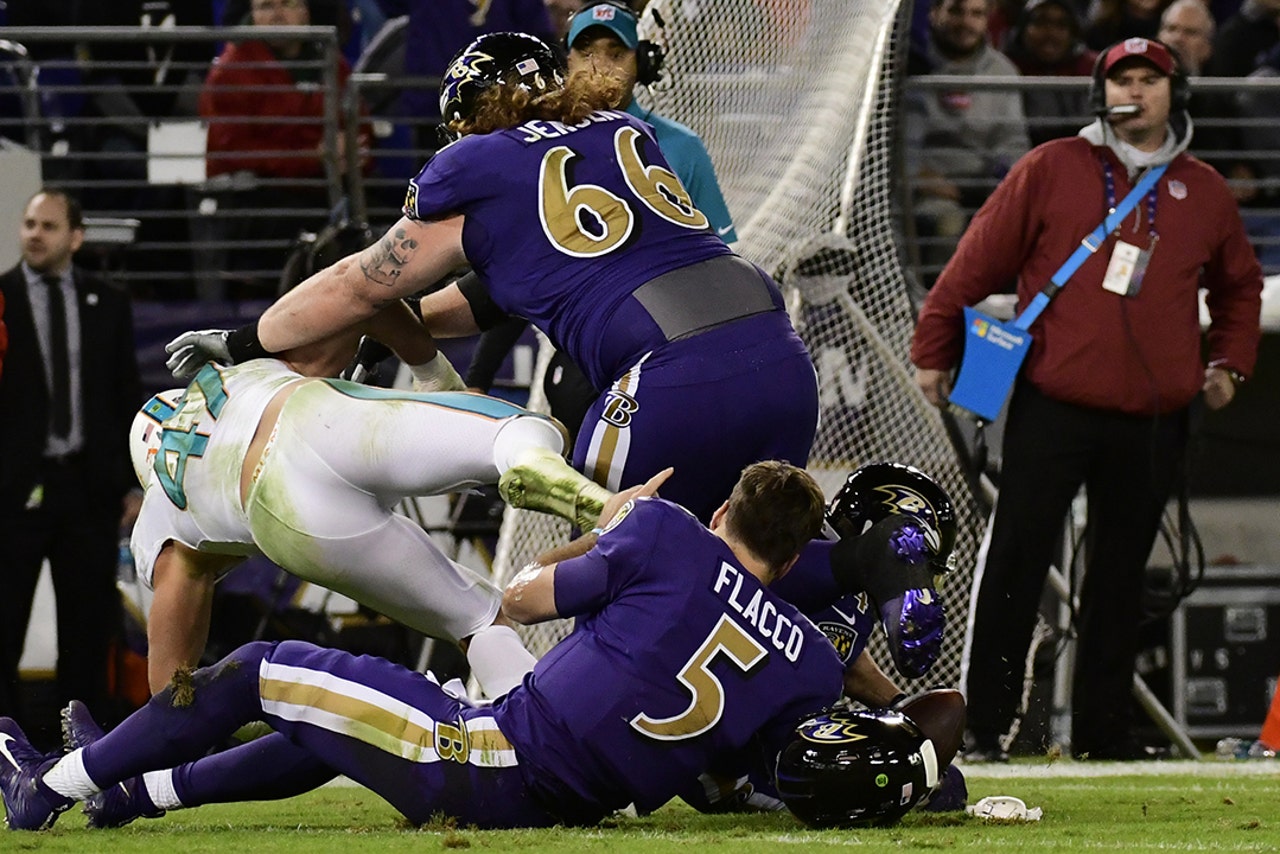 Flacco was hurt in the Ravens' 40-0 victory Thursday when he slid and was then hit in the head by Alonso, who received a penalty for unnecessary roughness. Alonso said the high hit was unintentional, but angry Ravens players said he should have been ejected for a dirty play .

Miami coach Adam Gase defended Alonso, saying Flacco was trying to run for a first down before he slid.