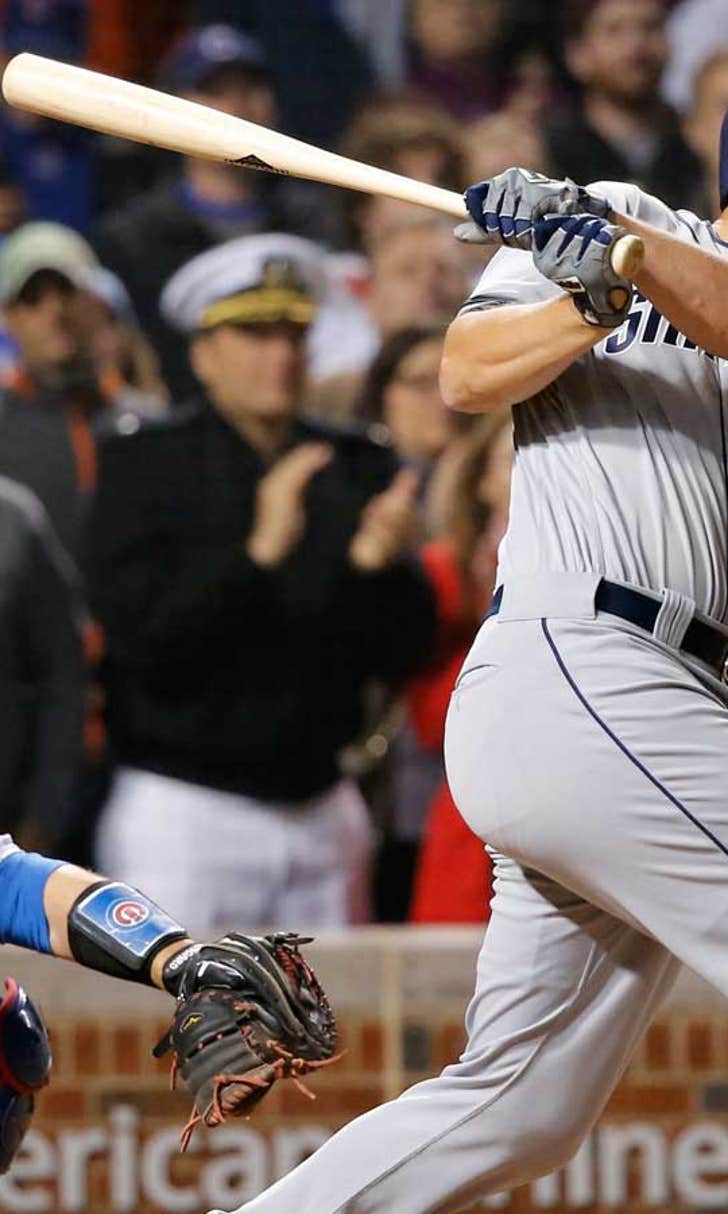 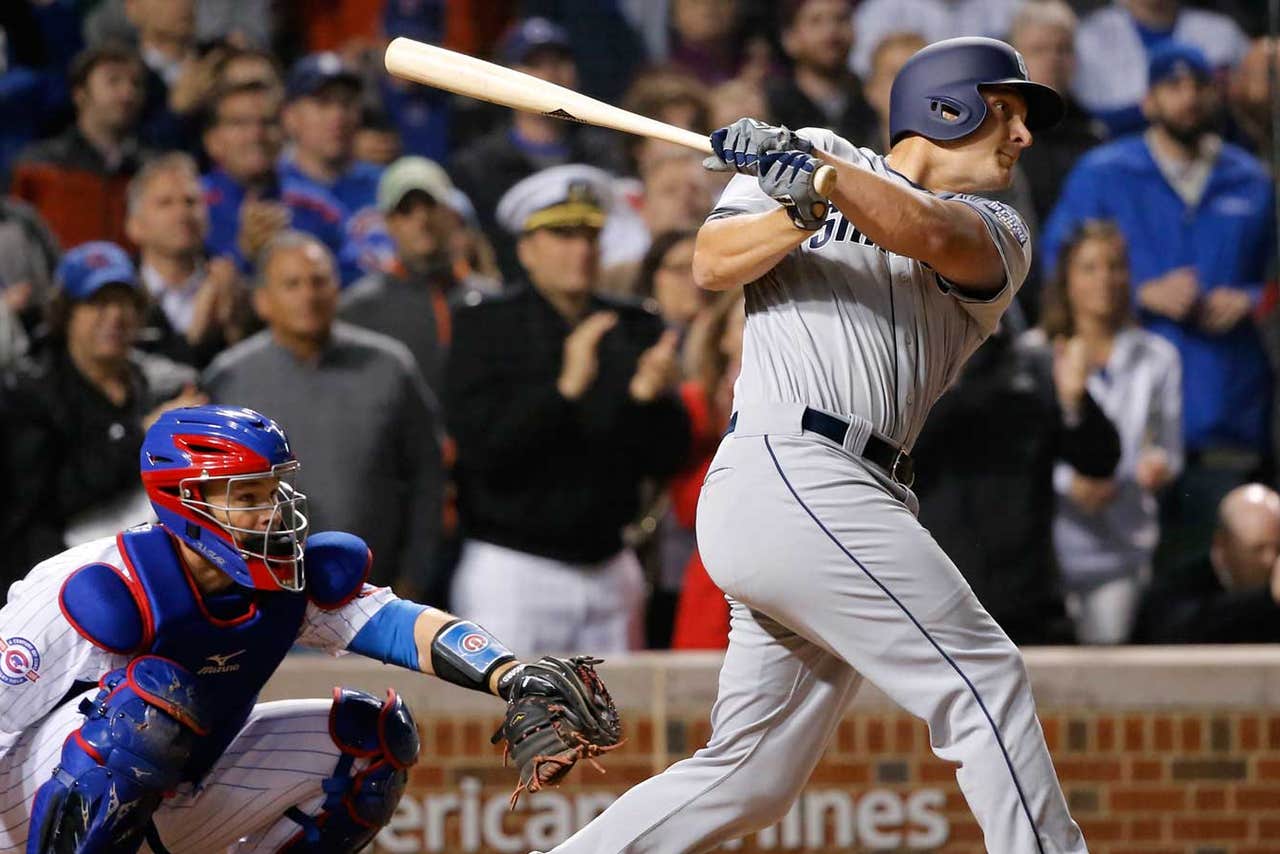 Dickerson became the first player in Padres history with a pinch-hit grand slam for his first career homer, but San Diego lost 8-7 to the surging Chicago Cubs on Tuesday night.

"A special moment for me and all the work I've put in to this point," said Dickerson, who was promoted from Triple-A El Paso last week.

Dickerson's drive on an 0-2 pitch from Adam Warren trimmed Chicago's lead to 8-7 with two outs in the eighth inning. As is the custom at Wrigley Field, a fan threw the ball back onto the field, and the souvenir was eventually handed over to the 25-year-old outfielder.

"This is really a historic place," Dickerson said. "A very big spot in baseball, so many famous players have played here and it's such an old park. It's really special to be able to make my mark in my career at a place like this."

"I was trying to be too fine, too perfect with my pitches," Vargas said through a translator.

Ben Zobrist went 4 for 4 and Addison Russell had three RBIs, helping Chicago to its eighth straight win. Jon Lester (4-1) pitched six innings of three-run ball as the Cubs improved to 25-6 for the best start by a major league team since the 1984 Detroit Tigers won 26 of their first 31 games.

Zobrist had run-scoring singles in the third and fourth. He also singled in the second and seventh, and scored in each inning on a hit by Russell.

"I feel like it's a cumulative effect for the whole team," Zobrist said.

"Obviously, they're not getting breaks in our lineup and that's what makes it so difficult for them to stay focused on every hitter."

San Diego lost another infielder when shortstop Alexei Ramirez left in the fifth inning due to cramping in his left hamstring. After hustling into second with a run-scoring double, Ramirez was hunched over behind the bag when a trainer came out to check on him.

Ramirez motioned to his hamstring and walked off the field under his own power after a short discussion. The Padres had nine players on the disabled list coming into the day, including four infielders.

"He tells me right now he's feeling fine," manager Andy Green said. "You can imagine with the rash of hamstring injuries and quad injuries we've had, if somebody says, `My hamstring hurts,' we're going to be very cautious. He was upset that we took him out and thought he was fine to play through it."

After Dickerson's homer in the eighth, the last four hitters for the Padres went down in order. Jon Jay bounced to second for the final out of the eighth, and Hector Rondon pitched a perfect ninth for his seventh save in seven chances.

The Padres claimed left-hander Keith Hessler off waivers from the Diamondbacks. Green said Hessler could be added to the roster as the 26th player for Wednesday's doubleheader against the Cubs.

Green, a former Arizona coach, saw Hessler transition from starter to reliever after he signed as an amateur free agent in 2011 out of Coastal Carolina. Hessler has an 8.22 ERA in 20 big league appearances over two seasons.

Padres: LHP Matt Thornton (Achilles) is scheduled to throw a live batting practice session Wednesday in Arizona. ... 2B Jemile Weeks (hamstring) was scheduled for an MRI on Tuesday. He was placed on the disabled list Sunday.