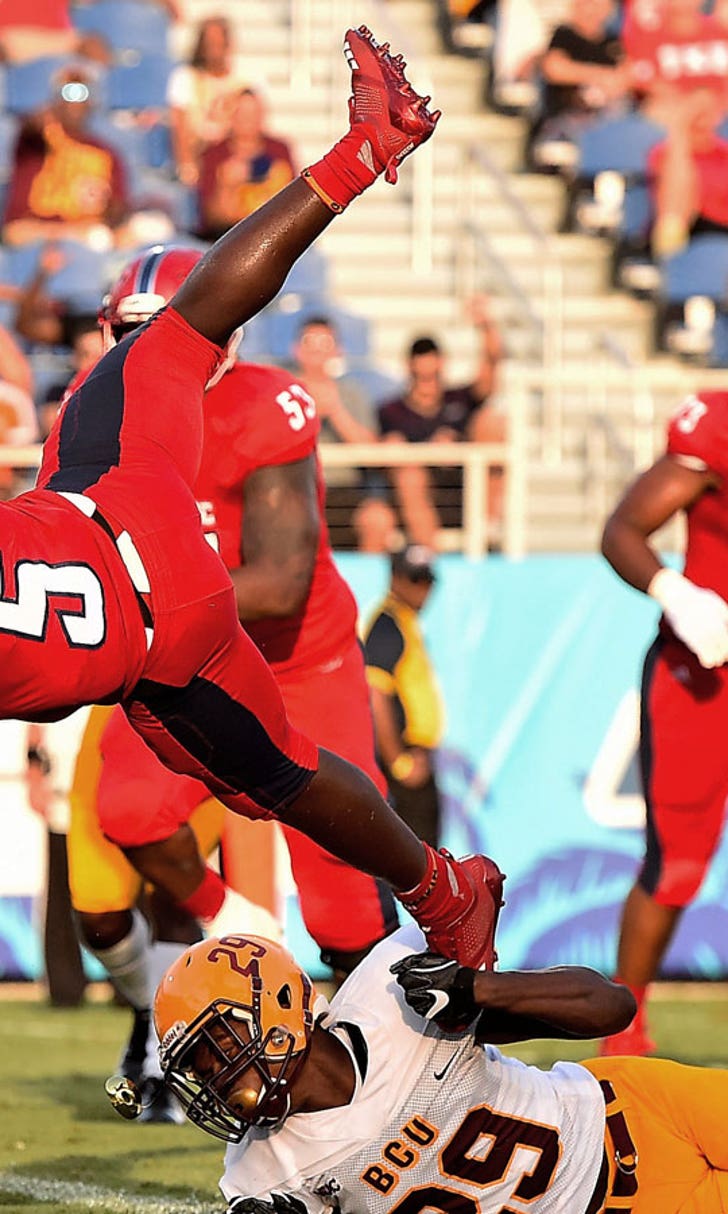 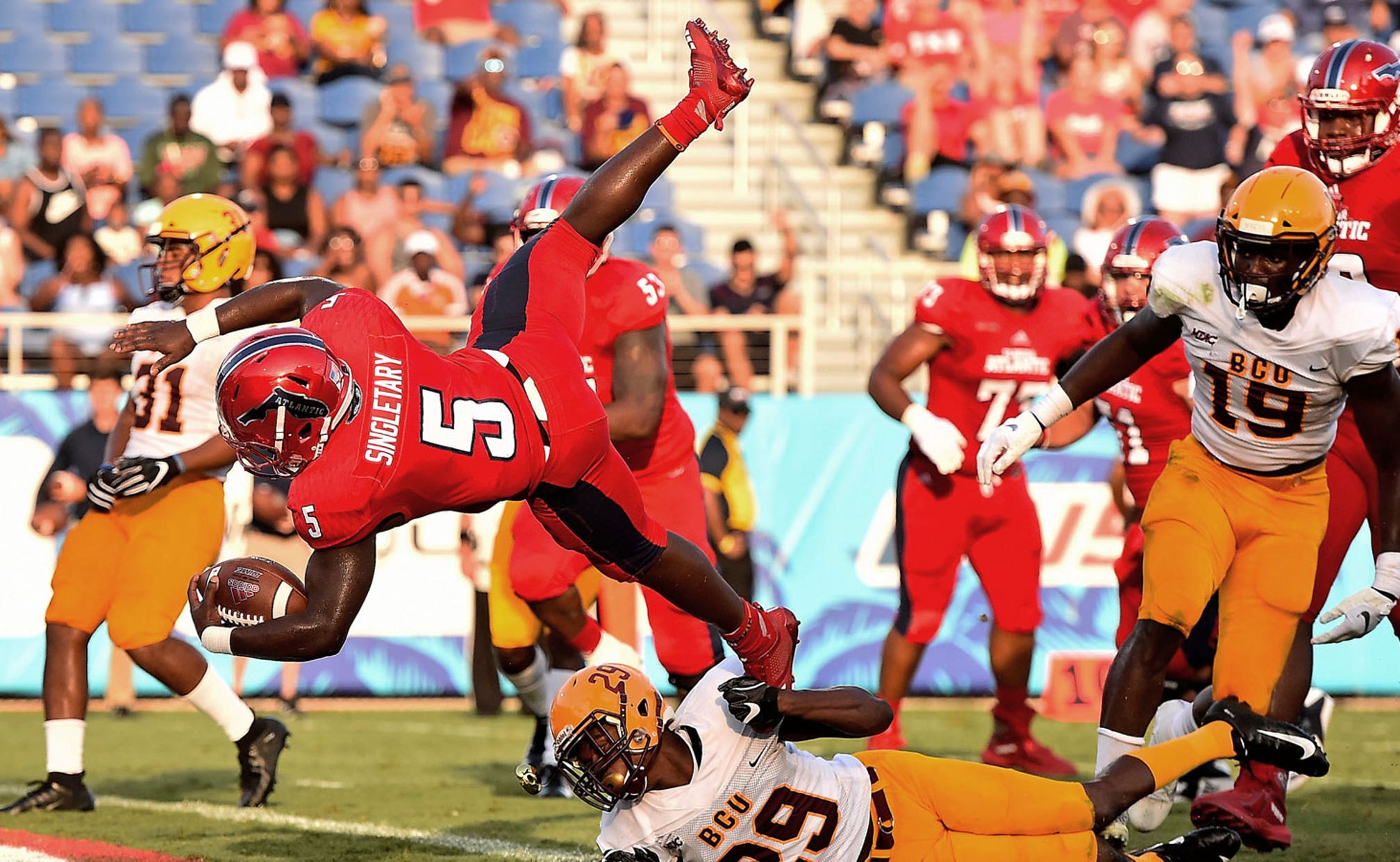 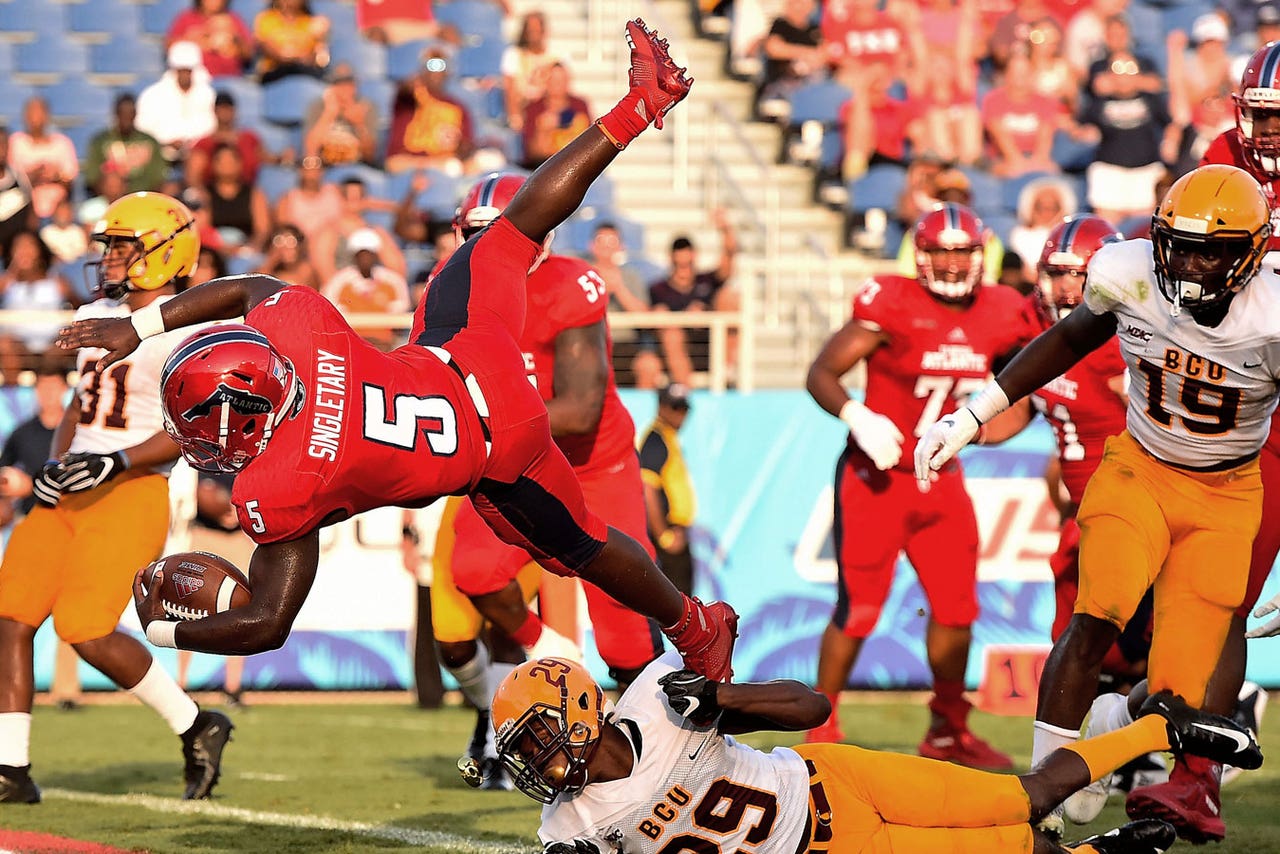 BOCA RATON, Fla. (AP) —Devin Singletary stormed in for a school record five rushing touchdowns in the first half as Florida Atlantic jumped out to an early lead and coasted to a 49-28 victory over Bethune-Cookman on Saturday.

Singletary had 50 yards rushing in the first half and got the call every time the Owls were near the goal line, with his longest scoring run coming from the 18, as Florida Atlantic (2-1) led 29-0 in the first quarter. They were up 36-14 at the half.

Singletary, who has had a rushing touchdown in 16 straight games, now owns the C-USA record for consecutive games with a rushing TD. Louisiana Tech's Kenneth Dixon held the old mark during the 2014-15 seasons.

Chris Robinson hit Jovon Durante with a 10-yard TD pass early in the third quarter for FAU's first score that did not involve Singletary.

Akevious Williams threw for 201 yards and three touchdowns for Bethune-Cookman (1-2).