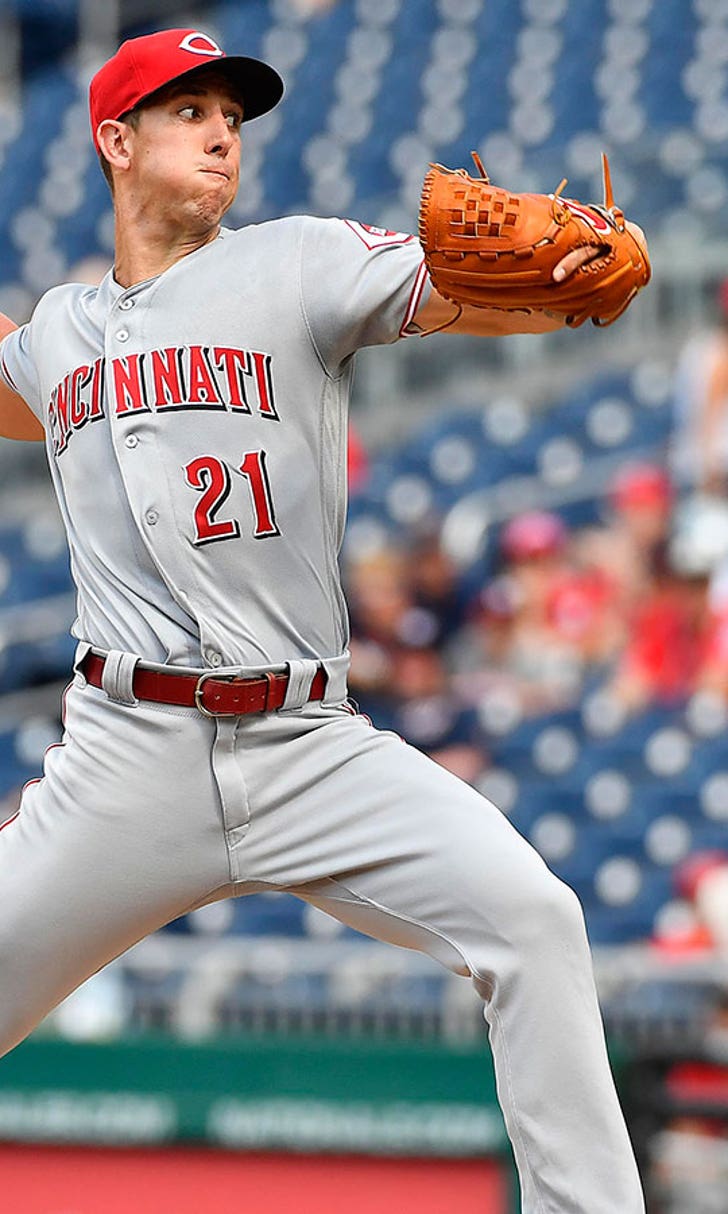 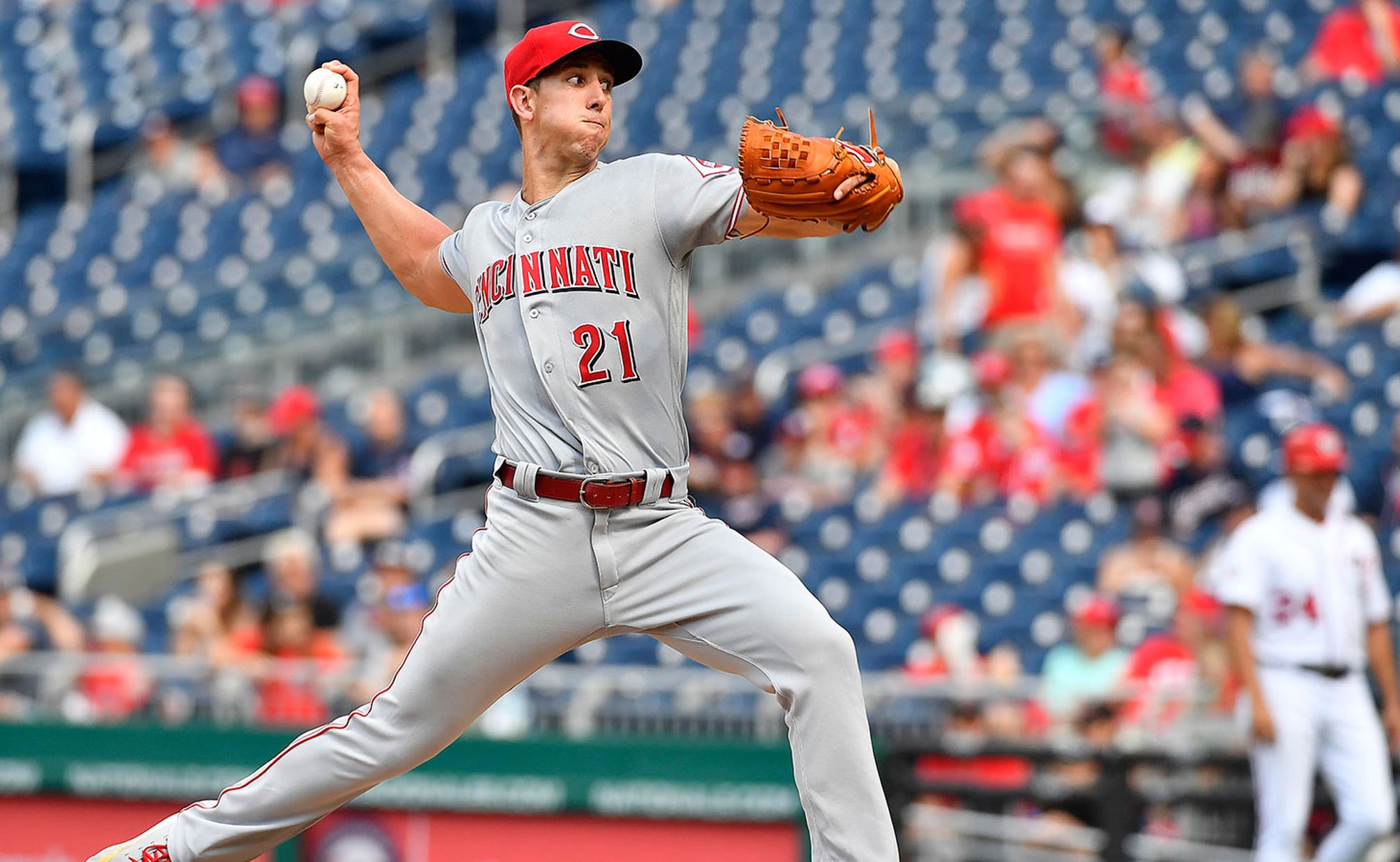 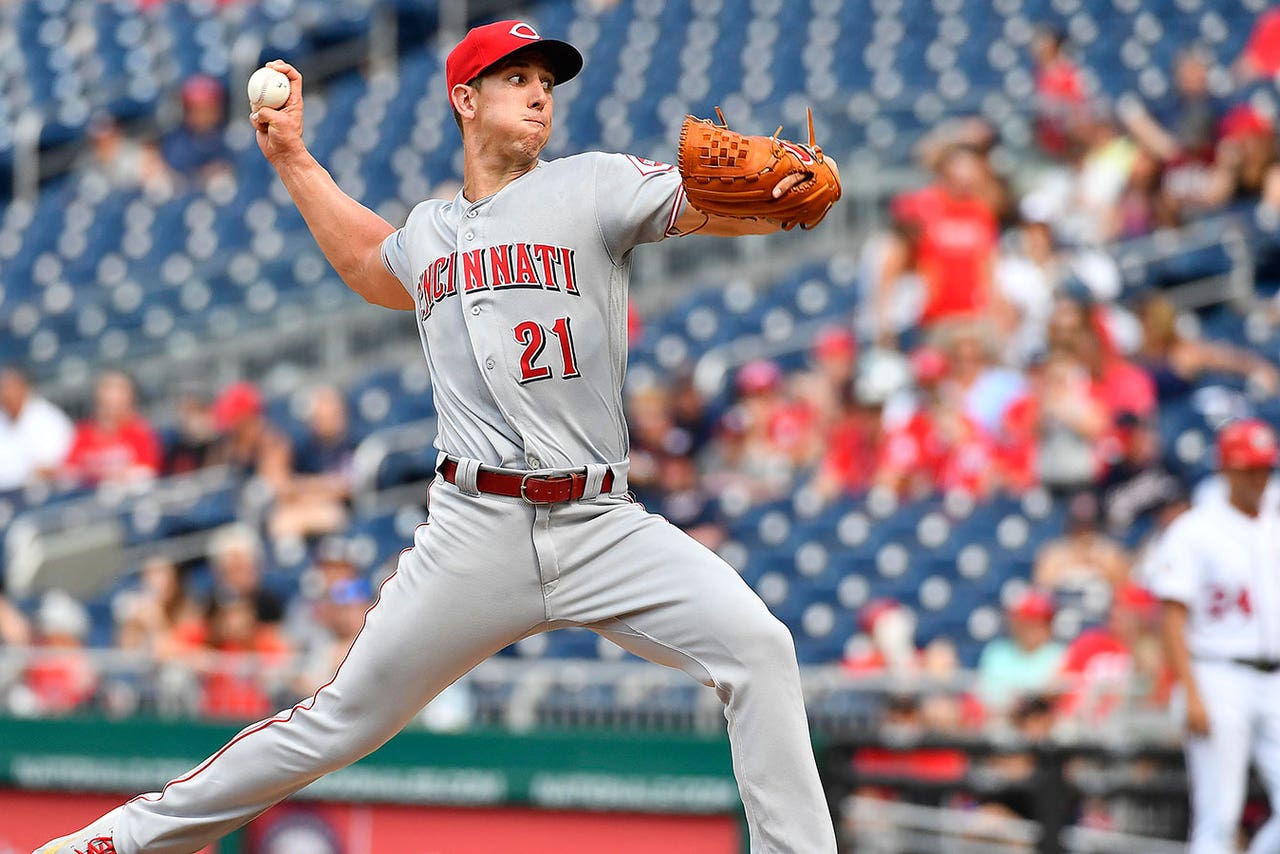 WASHINGTON (AP) -- Phillip Ervin hit a three-run homer, Brandon Dixon had a solo shot and the Cincinnati Reds snapped a three-game losing streak with a 7-1 win over the Washington Nationals on Saturday in the first game of a day-night doubleheader.

Cincinnati had six runs -- five earned -- and 10 hits against Washington starter Gio Gonzalez (6-8), who lasted only 3 2/3 innings. Dixon added an RBI groundout and Ervin tacked on Cincinnati's final run with a sacrifice fly in the sixth. Jose Peraza had three hits.

Ryan Zimmerman drove in Washington's run. The Nationals had won three in a row.

The doubleheader was necessary because Friday's game was postponed due to rain. Cincinnati sends Matt Harvey (5-6, 5.13 ERA) to start the second game against Washington's Jeremy Hellickson (4-2, 3.59).

Washington entered Saturday 5 games behind the NL East-leading Philadelphia Phillies and five back of a wild card berth.

The first four batters Gonzalez faced reached base with three singles and a walk, but the Reds only managed one run in the first. They were far more efficient in the second. With a runner on first and two outs, Peraza singled and Ervin hit his first homer of the season for a 4-0 lead.

The Reds added runs in each of the next two innings on Dixon's homer and a two-out RBI single from Eugenio Suarez, which chased Gonzalez.

Washington's No. 3 starter in a healthy rotation behind Max Scherzer and Stephen Strasburg has dropped seven consecutive decisions. The left-hander's last win came May 28 at Baltimore. During that stretch, his ERA ballooned from 2.10 to 4.04.

Bryce Harper, Juan Soto and Daniel Murphy each had two hits, but the Nationals rarely put pressure on DeSclafani, who matched his longest outing of the season. DeSclafani had a base hit and scored a run.

Reds: RHP Austin Brice was recalled from Triple-A Louisville to serve as the 26th man for the second game. Brice is 2-2 with a 5.66 ERA in 31 games with Cincinnati this season.

Nationals: Strasburg, placed on the 10-day DL retroactive to July 22, is eligible to return, but when he will remains unclear. "Every day, he's progressing. There's no real timeline right now," Nationals manager Davey Martinez said. "Hopefully, he's feeling good enough in the next week or so he can get off the mound, throw a bullpen. We'll see. He's definitely progressing in that direction."