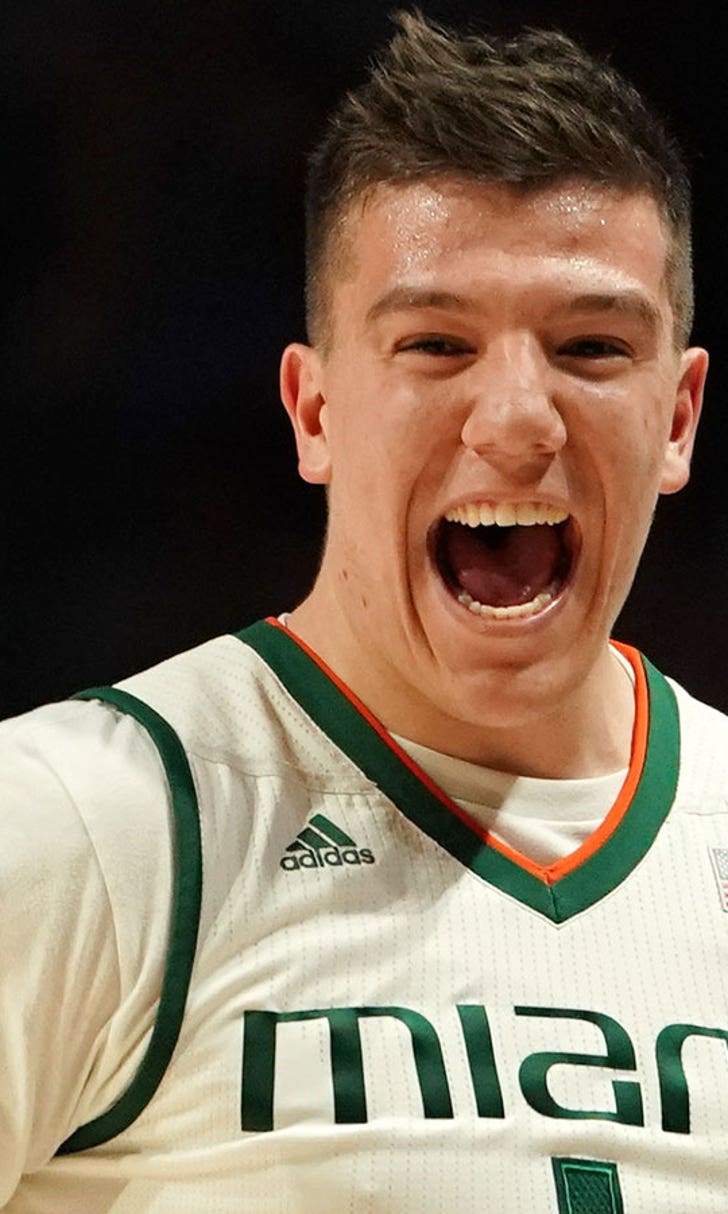 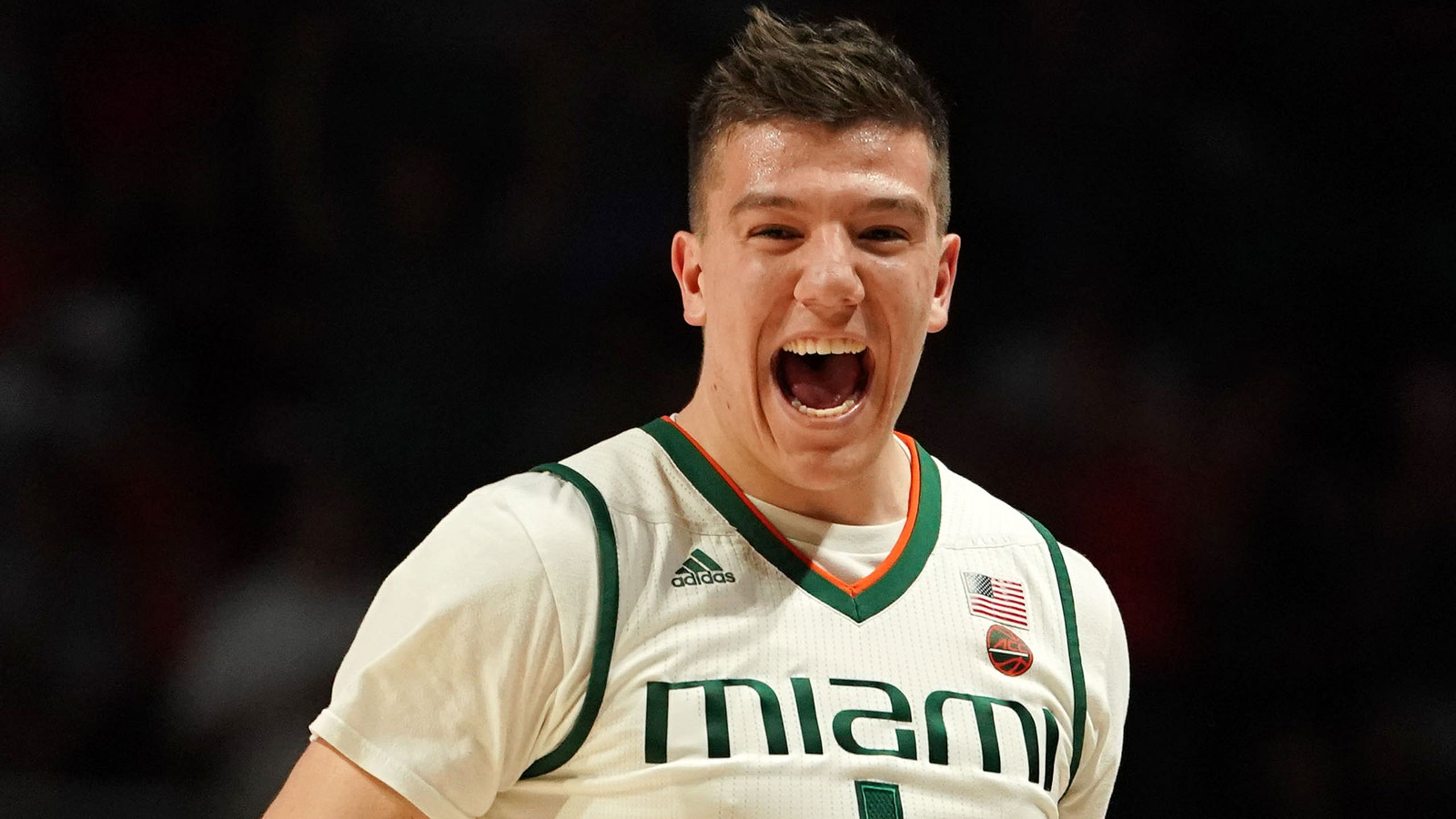 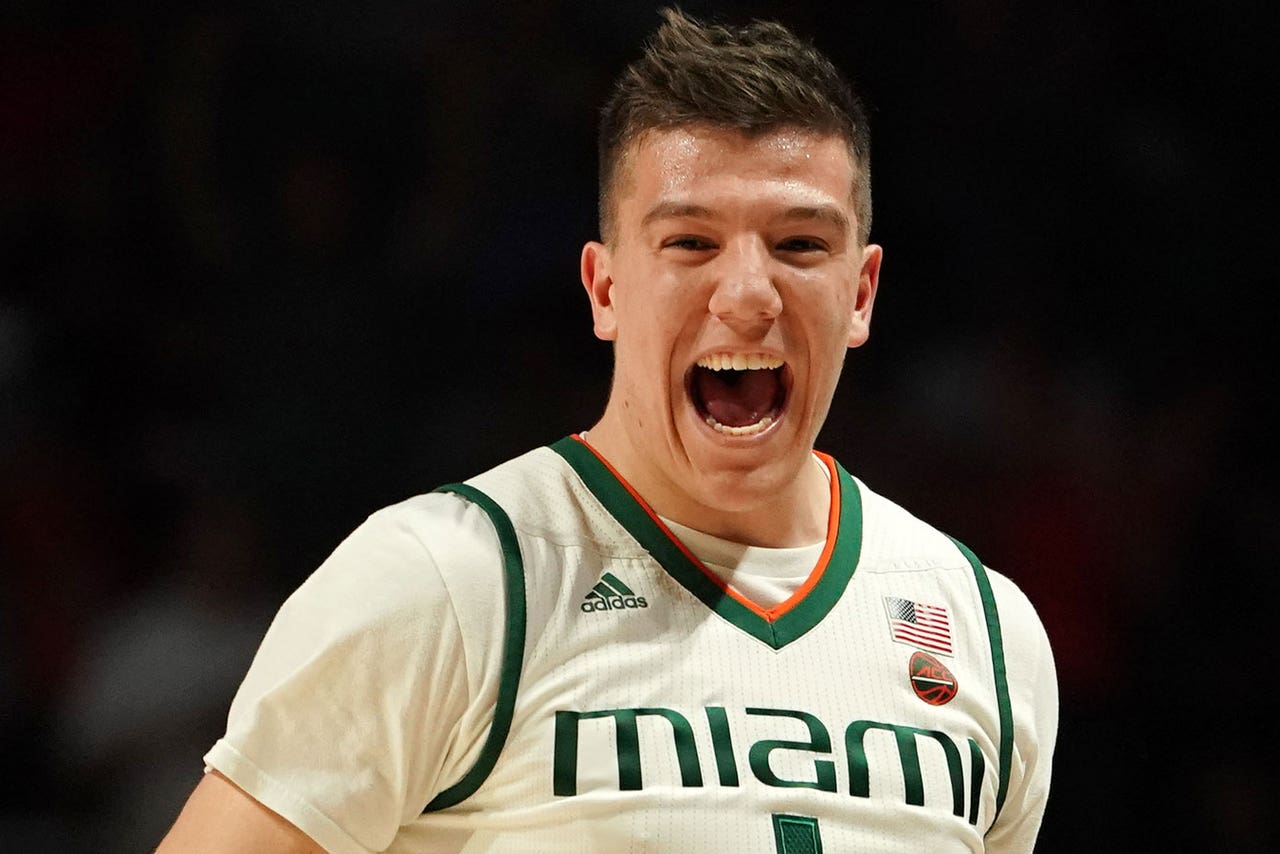 CORAL GABLES, Fla. (AP) — It might be a short span, but Miami is finally enjoying the best stretch of its Atlantic Coast Conference schedule.

Dejan Vasiljevic scored 21 points to lead the Hurricanes to an 80-65 victory over Georgia Tech Saturday afternoon.

Anthony Lawrence finished with 16 points, 10 rebounds and nine assists and Ebuka Izundu scored 18 points for the Hurricanes, who have won three of their last five after a five game losing streak. Miami also began conference play with three consecutive losses.

"We're really clicking right now," Vasiljevic said. "We're playing really hard on defense and giving a lot of effort. Our offense is clicking at the right time and we're sharing the ball."

Vasiljevic scored 16 points in the second half. The junior guard shot 7-of-15 from the field and 5-of-11 3-pointers.

"I really wanted to get that triple double," Lawrence said. "I wasn't able to but we got a good team win. I'm happy."

The Hurricanes (12-14, 4-10 ACC) never trailed and were never threatened after a 13-3 run that helped open a 17-point lead midway through the first half. Chris Lykes, Anthony Mack and Sam Waardenburg hit 3-pointers that keyed Miami's surge. Lykes' short jumper with 8:09 remaining capped the run and increased the Hurricanes' lead to 30-13.

Lykes was Miami's fourth scorer in double figures with 11 points.

Lawrence's 3-pointer at the buzzer gave Miami a 39-23 advantage at halftime.

Miami responded with a 3-pointer from Vasiljevic and Lawrence's basket. Vasiljevic's last 3-pointer with 4:31 remaining gave the Hurricanes their largest lead at 70-52.

"The second half, our defense in the first six minutes was not very good and gave them a chance to get back in it," Larranaga said. "Fortunately, we played a lot better in the last 13 minutes and were able to come away with a terrific victory."

Miami: After shooting 36 percent in a 64-57 loss at Boston College Sunday, the Hurricanes improved to 48-percent shooting from the field against Georgia Tech. Miami also improved in 3-pointers, shooting 38 percent, 9 of 25, from beyond the arc after a 4-for-26 performance against Boston College.

Former Miami guard Jack McClinton participated in a charity 3-point shooting session during a time out in the first half. Every made 3-pointer by McClinton resulted in $250 scholarship contributions toward Miami athletics. McClinton, who played at Miami from 2006 to 2009 and averaged 17.9 points per game in his Hurricanes career, raised a reported $2,500 in the 30-second shooting session.

NOT TAKING ADVANTAGE OF IZUNDU'S ABSENCE:

Izundu, Miami's only interior presence, was forced to sit after committing his fourth foul with 10:43 remaining in the second half. But the Yellow Jackets failed to cut into Miami's 61-43 lead after Izundu's benching. Izundu returned with 5:01 left and the Hurricanes ahead 67-52.

"We didn't do a good job of punching it inside," Pastner said. "We had some open 3 opportunities. When you're down, you're trying to get back in the game so you're going to take some 3s."

Atlantic Coast
share story
those were the latest stories
Want to see more?
View All Stories
Fox Sports™ and © 2021 Fox Media LLC and Fox Sports Interactive Media, LLC. All rights reserved. Use of this website (including any and all parts and components) constitutes your acceptance of these Terms of Use and Updated Privacy Policy. Advertising Choices. Do Not Sell my Personal Info