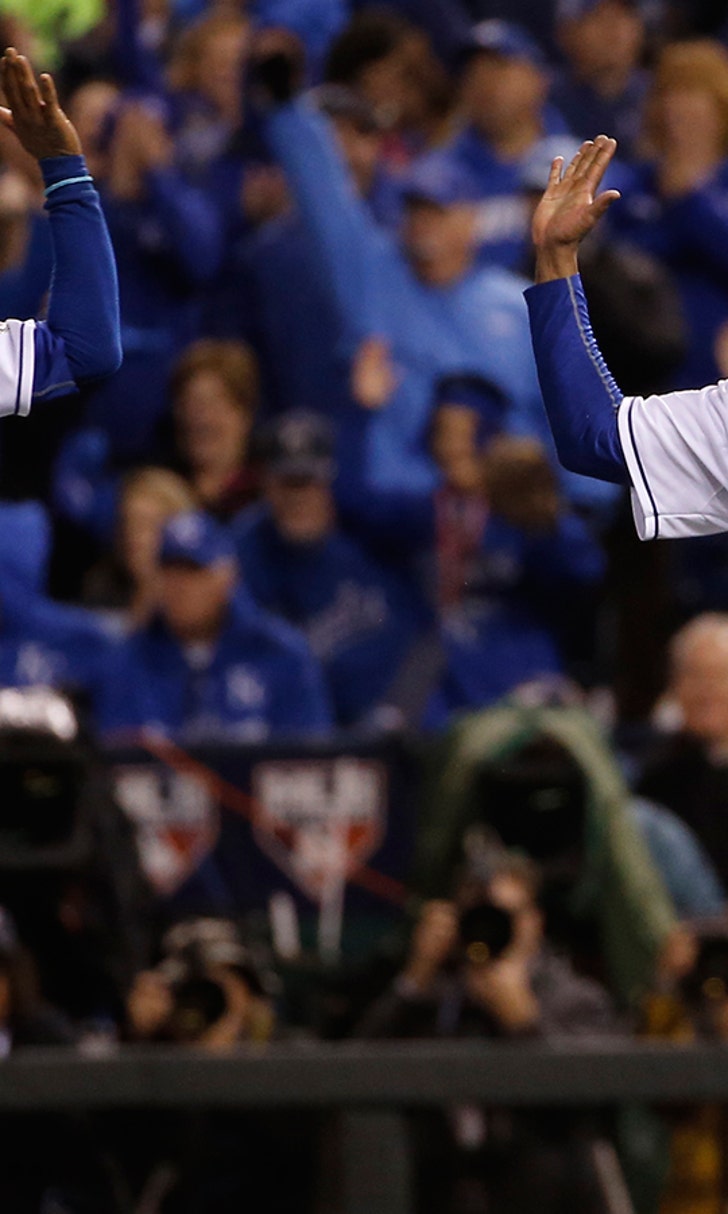 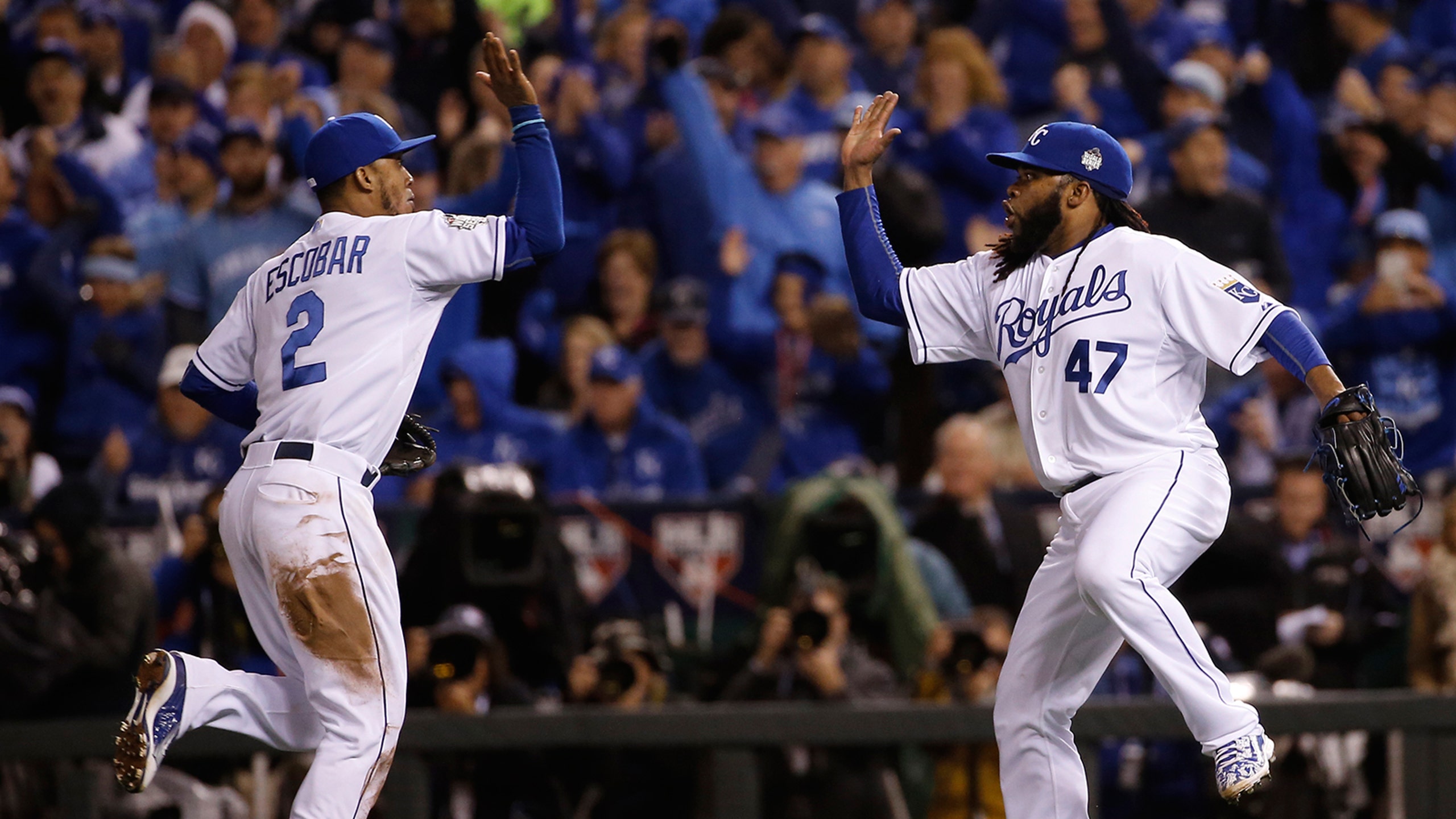 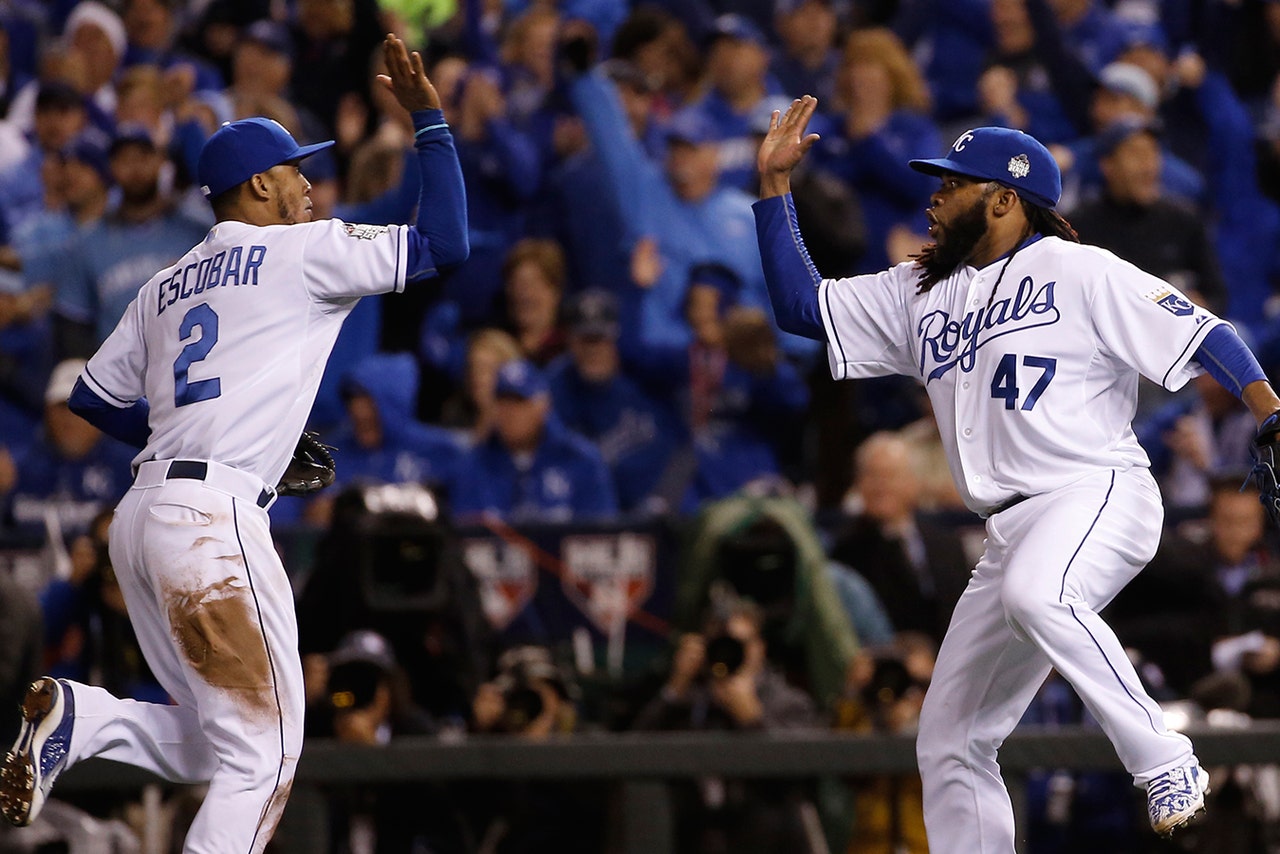 KANSAS CITY, Mo. -- After watching Johnny Cueto feed off the energy of the home crowd during a dominant start against Houston earlier this postseason, Royals manager Ned Yost wanted to make sure the volatile pitcher would make his World Series starts at Kauffman Stadium.

Cueto responded with arguably the finest performance of his career, allowing one run and two hits in a complete-game, 7-1 romp over the New York Mets in Game 2 on Wednesday night.

With the crowd firmly in his corner, Cueto threw 122 pitches in becoming the first American League pitcher to throw a complete game since Minnesota's Jack Morris in 1991. He set down 16 of the final 17 batters he faced, helping Kansas City to a 2-0 lead as the series shifts to Citi Field for Game 3 on Friday night.

The only spot of trouble Cueto ran into came in the fourth inning, when two walks and a single by Lucas Duda sent the Mets to a 1-0 lead. But he quickly shut down the Mets, ensuring the scrappy Royals would have plenty of time to rally for yet another October win.

When they scored four times in the fifth inning off previously untouchable Mets starter Jacob deGrom, there was some thought Yost might turn the game over to his stingy bullpen.

Instead, the veteran with the dreadlock mop plopped his hat right back on his head, trotted up the dugout steps, and continued to cruise through a Mets lineup powerless to stop him.

He mixed speeds. He hit the corners. He kept the NL champions guessing.

In other words, Cueto did everything that he failed to do in his last postseason start against the Toronto Blue Jays. He surrendered eight runs that night while becoming the first pitcher in postseason history to allow 11 baserunners and last two or fewer innings.

The outing was so horrific that Toronto fans inside Rogers Centre derisively chanted Cueto's name, hoping that Yost would leave him in the game to take more lumps.

Well, his name was being chanted at Kauffman Stadium on Wednesday night, too.

But just like in the decisive Game 5 of the divisional round, when Cueto tossed eight innings of two-hit ball against the Astros -- and retired the final 19 batters he faced -- all those chants reverberating through the stadium were for him. They came from fans young and old, wearing faux dreadlocks and toting homemade signs that said, "Johnny Be Good!"

He wasn't merely good, though. He was spectacular.

It was the kind of starring role the Royals were counting on him to deliver when they made the decision to mortgage much of their future on him. The price was three left-handed pitching prospects, all considered top-flight talents in their farm system, shipped to Cincinnati at the trading deadline for the chance to rent Cueto for the rest of this season.

He's due to become a free agent, and the Royals almost certainly will be priced out of the bidding. So if he pitches again in a Kansas City uniform, it probably means that the World Series has shifted back to Kauffman Stadium after three games in New York.

If it was up to all those Royals fans chanting his name Wednesday night, their final picture of Cueto wearing his crisp, white jersey will have been a good one.