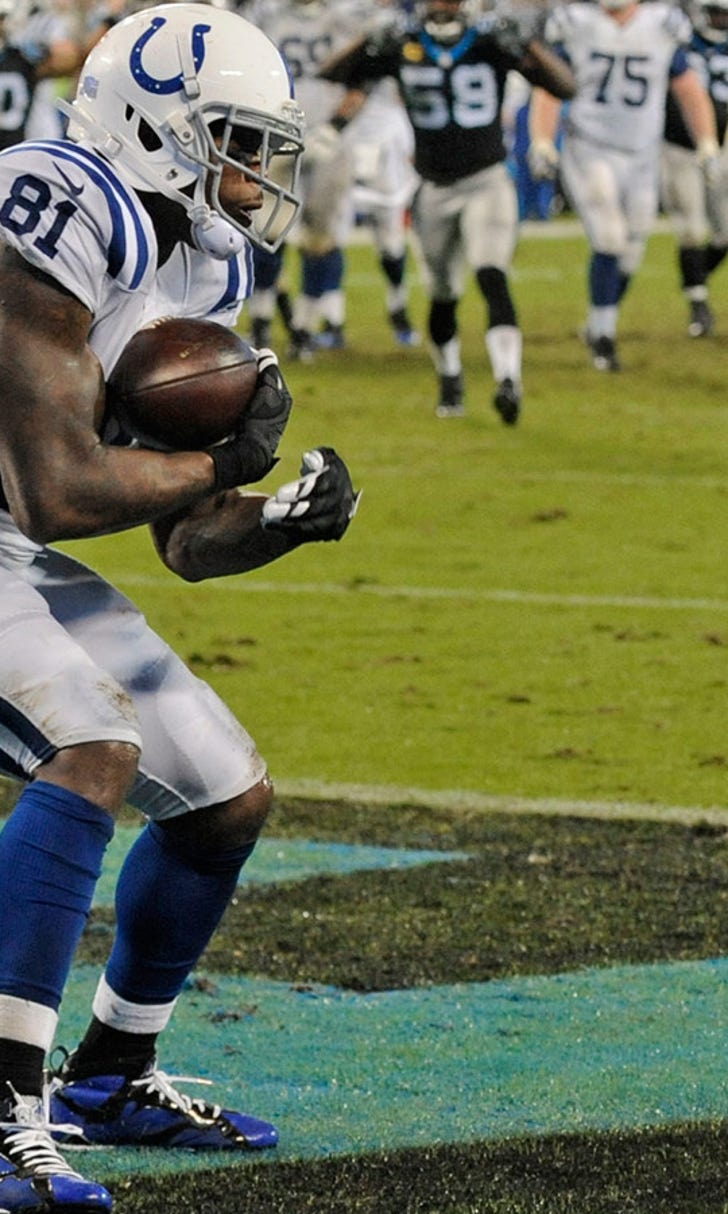 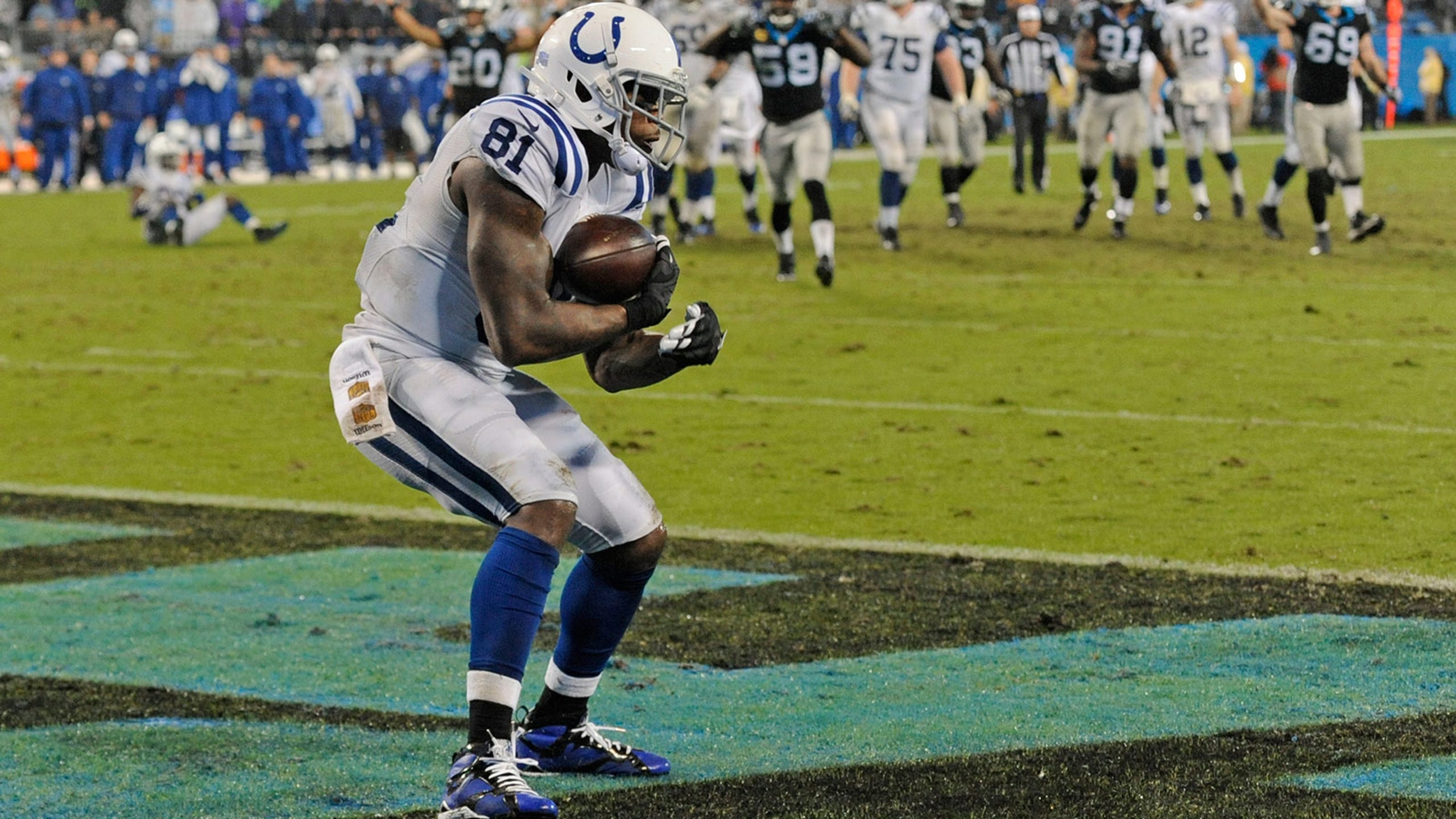 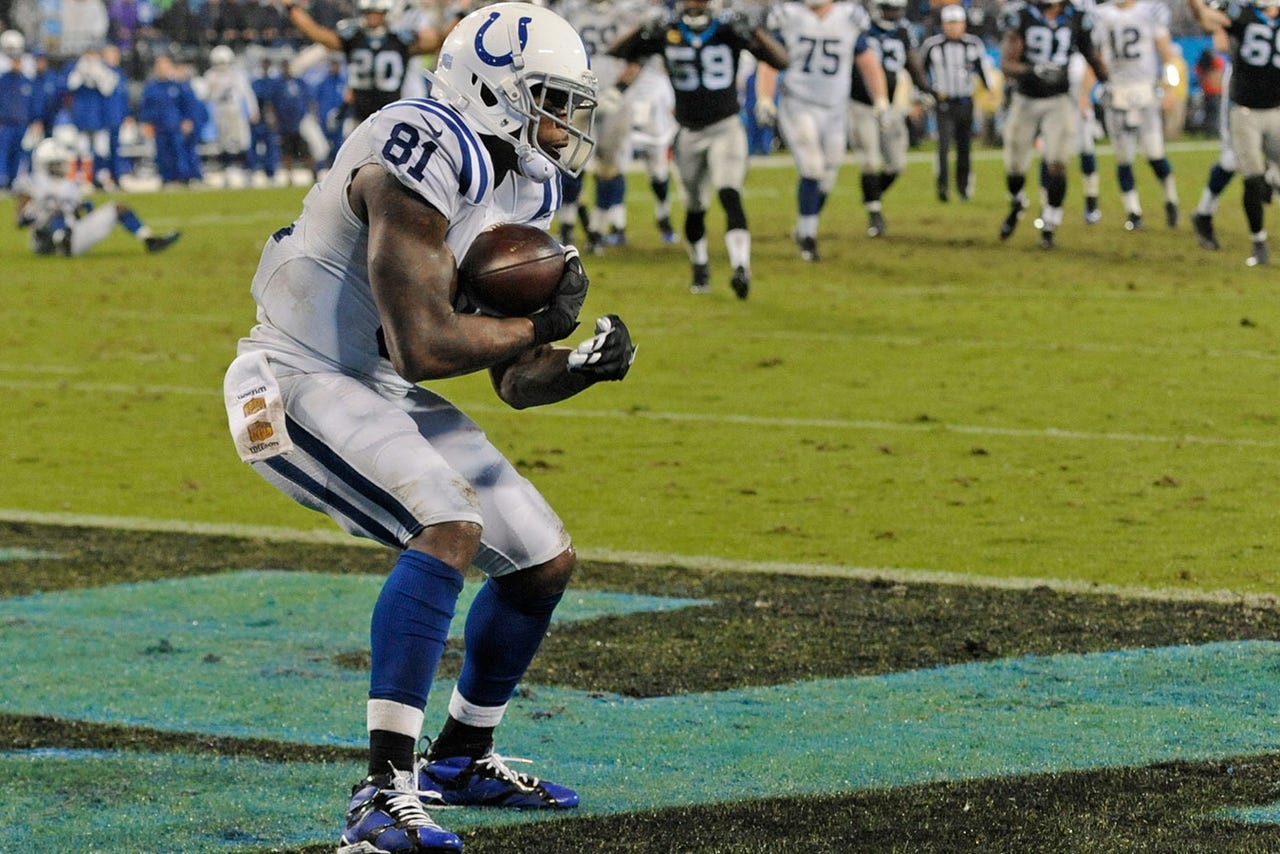 Graham Gano kicked a 52-yard field goal in overtime to lift the Panthers to a 29-26 win over the Indianapolis Colts on a rain-drenched Monday night, allowing them to remain the NFC's only unbeaten team.

It was Carolina's 11th straight regular season victory dating back to last season.

The Panthers didn't make it easy on themselves.

Carolina surrendered a 17-point fourth quarter lead as Andrew Luck threw two touchdown passes in the final 7:11 of regulation and led another field goal drive at the end of regulation.

The teams traded field goals in overtime, with Gano tying the score on a 42-yarder with 7:50 to go. On the Colts' ensuing possession, safety Roman Harper deflected Luck's pass over the middle to Coby Fleener and linebacker Luke Kuechly -- who had dropped an earlier interception that would have sealed the game at the end of regulation -- came up with the pick at the Colts 39.

Four plays later Gano, who has missed an extra point earlier in the game, hit the game-winner.

"I had a lot of confidence in Graham," Panthers coach Ron Rivera said. "A kid like him is just fearless."

Cam Newton was 16 of 35 for 248 yards with two touchdowns and one interception. He also ran for 41 yards.

Despite surrendering a 23-6 lead in the fourth quarter, Carolina had a chance to win the game in overtime but Ted Ginn Jr. dropped a wide open 56-yard touchdown pass. Greg Olsen would bail his teammate out with a one-handed catch to help set up Gano's tying field goal.

Luck had been limited to 40 yards passing and two interceptions through the first three quarters, but caught fire in the fourth quarter.

He threw an 18-yard touchdown pass to Andre Johnson and an 8-yard TD strike to Fleener to bring the Colts to within the 23-20.

The Panthers, with the No. 1 running game in the league, couldn't pick up a first down to put the game away and were forced to punt the ball away.

Luck drove the Colts back down the field, completing a fourth-and-10 pass to Griff Whalen to keep the chains moving. On a third-and-4 from the 6, Luck fired into the end zone and Kuechly nearly came down with an interception but the ball fell out of his hands on a wet field with two seconds left.

Adam Vinatieri hit the third of his four field goals as time expired to send the game into overtime. He then gave the Colts a 26-23 lead on a 50-yarder with 12:04 left in the extra period.

Playing in a steady rain, the Panthers' defense put the clamps on Luck early, intercepting the struggling quarterback twice to take a 10-0 lead.

Newton threw an interception and also fumbled on the Colts 3-yard line, but rallied late in the third quarter. Leading 10-6, Newton threw touchdown passes to Greg Olsen and Philly Brown to give the Panthers a 23-6 lead.

It was a bizarre night, with two activists rappelling on ropes from the upper deck holding a protest sign for most of the second half as fans watched in awe.

Police are investigating the incident.

So Long, Superman?
Cam Newton's first season in New England appears to also be his last. What's next for the former NFL MVP?
January 6
those were the latest stories
Want to see more?
View All Stories
Fox Sports™ and © 2021 Fox Media LLC and Fox Sports Interactive Media, LLC. All rights reserved. Use of this website (including any and all parts and components) constitutes your acceptance of these Terms of Use and Updated Privacy Policy. Advertising Choices. Do Not Sell my Personal Info