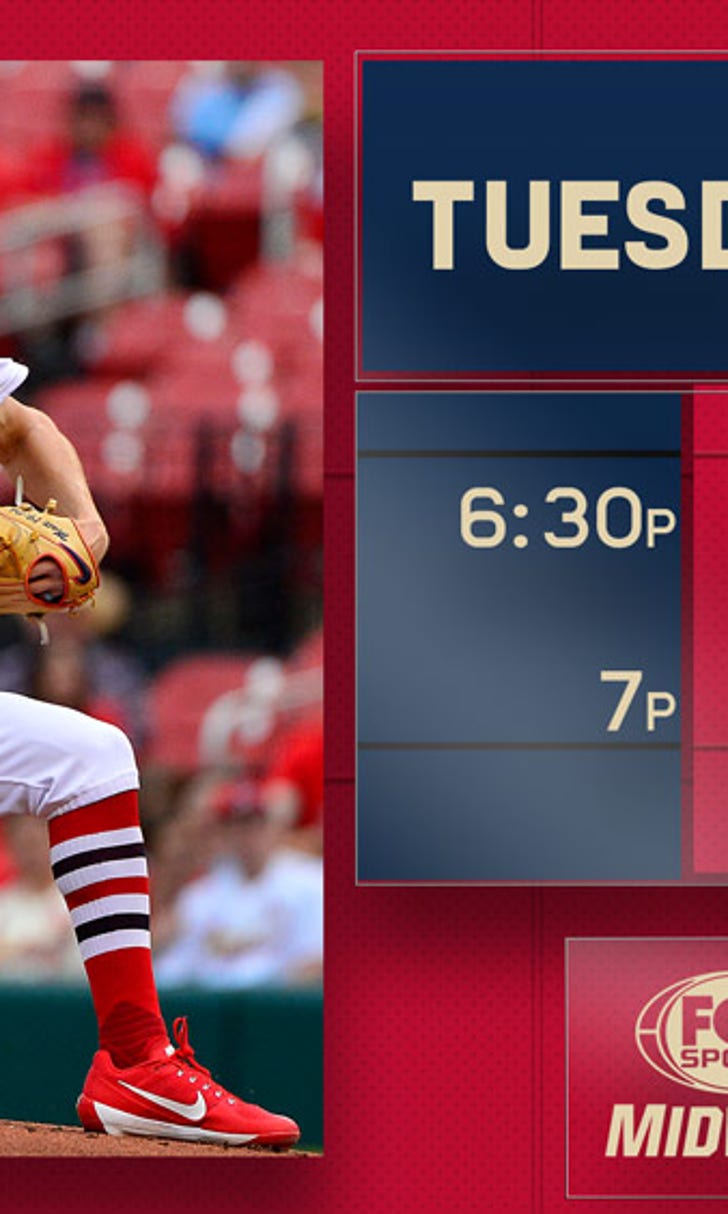 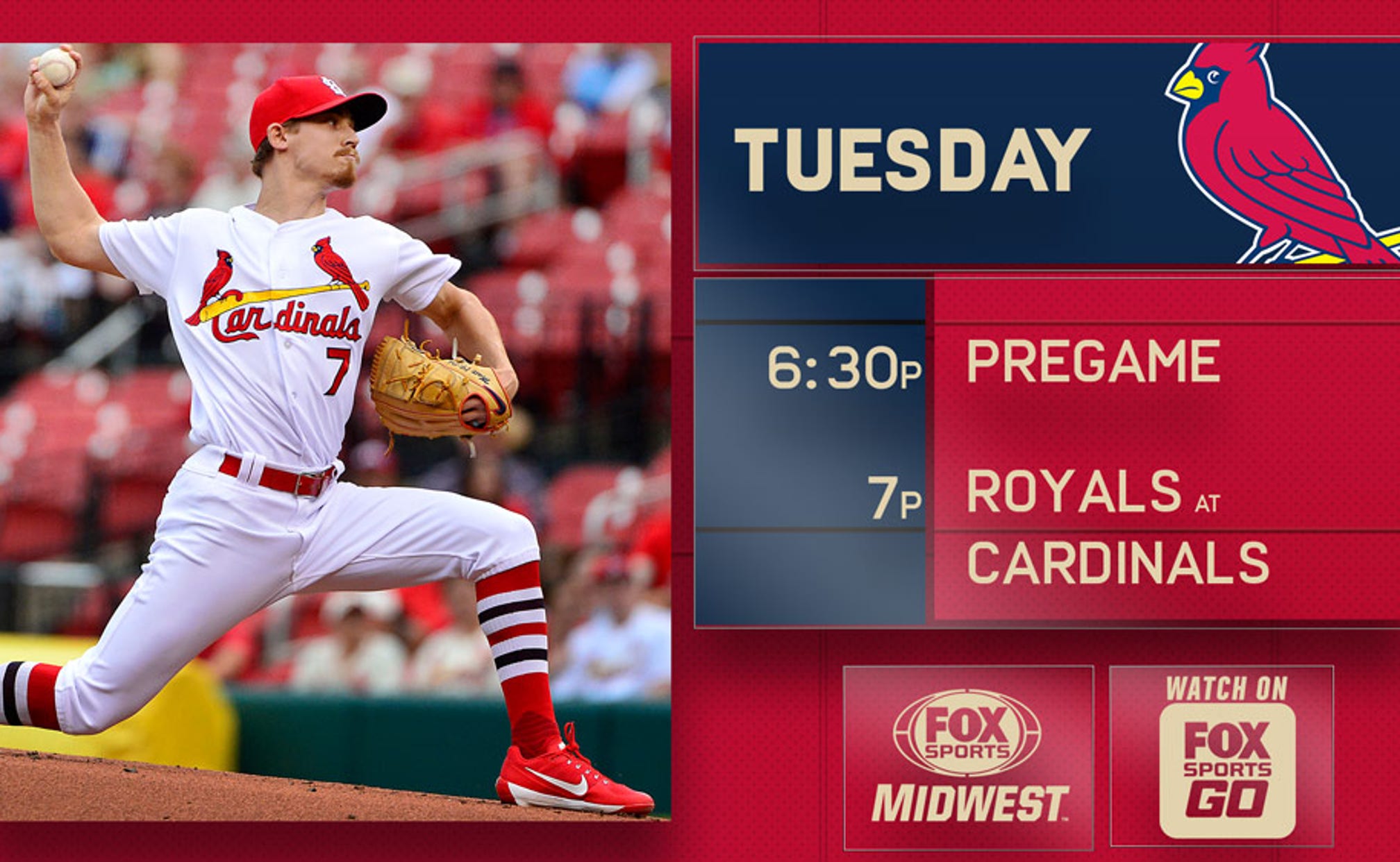 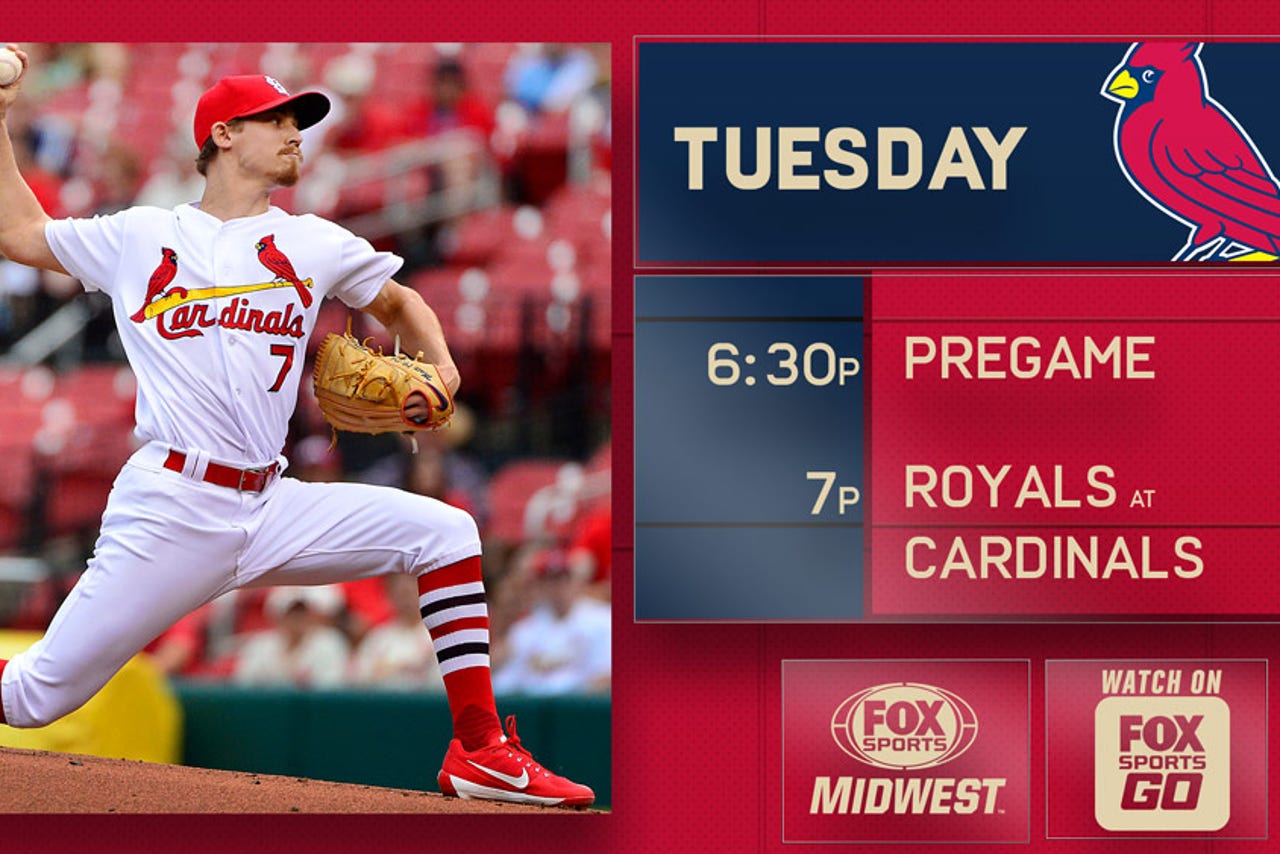 Tyler O'Neill is muscling his way into the St. Louis Cardinals' lineup, one homer after another.

The outfielder figures to be back in there Tuesday night for the middle game of a three-game set against the Kansas City Royals at Busch Stadium, aiming to homer in his fourth straight game.

O'Neill's three-run shot Monday night in a 6-0 blanking of Kansas City enabled him to become the third Canadian-born rookie to go deep in three straight games. If he goes on to match the careers of the other two -- Joey Votto and Jeff Heath -- it's a safe bet few in the St. Louis organization will complain.

Acquired from Seattle last year in a trade for left-handed pitcher Marco Gonzales, O'Neill hit 13 homers for Triple-A Memphis before hitting his first MLB bomb Saturday against Philadelphia. No. 2 came Sunday, followed by a towering 388-foot shot to right-center field in the third inning Monday that capped a four-run uprising.

"Not many guys can let a ball travel like that," St. Louis manager Mike Matheny said of O'Neill's power. "You watch a ball carry like that to right field ... not many people have that."

The 23-year-old O'Neill clouted 87 homers the last three years while gaining a little more control of the strike zone. O'Neill fanned 438 times in that span but also increased his walk rate to around 10 percent in 2016 and 2017.

His recent surge has enabled Matheny to give slow starters such as Marcell Ozuna and Dexter Fowler extra days off to figure things out. Ozuna returned to the lineup Monday night, breaking an 0-for-23 skid with an RBI single in the third inning and going 2 for 3 with a walk.

Fowler was off Monday, and Tommy Pham could get a rest day before this series is over. Pham, who has been the Cardinals' best player this year, is 0-for-8 with six strikeouts in the last two games and has seen his average dip 40 points in the last 10 days.

St. Louis (26-19) will try to clinch a series victory behind Luke Weaver (3-3, 4.37 ERA), who's coming off his best outing of the year, albeit in a loss. Weaver held Philadelphia to a run and four hits in seven innings, but the Cardinals couldn't solve Vince Velasquez and eventually lost 6-2.

It will be Weaver's first career outing against the Royals (14-33). If it goes anything like Miles Mikolas' first career game against Kansas City on Monday night, St. Louis will be fist-bumping in the middle of the diamond. Mikolas authored his first career shutout, fanning nine in a four-hitter.

Tasked with stopping the Royals' three-game losing streak is veteran right-hander Jason Hammel (0-5, 6.28). He absorbed a 5-3 loss Wednesday to Tampa Bay, ceding 10 hits and five runs in six innings with no walks and two strikeouts.

Hammel has struggled for most of his career against the Cardinals, going 4-6 in 13 starts with a 5.51 ERA. He is one of three Kansas City starters sporting ERAs of more than 6.00, which explains a minus-90 run differential through just 47 games.

"I don't sit and lament," Royals manager Ned Yost said to MLB.com. "We just go at it every day. Keep going until we get better."