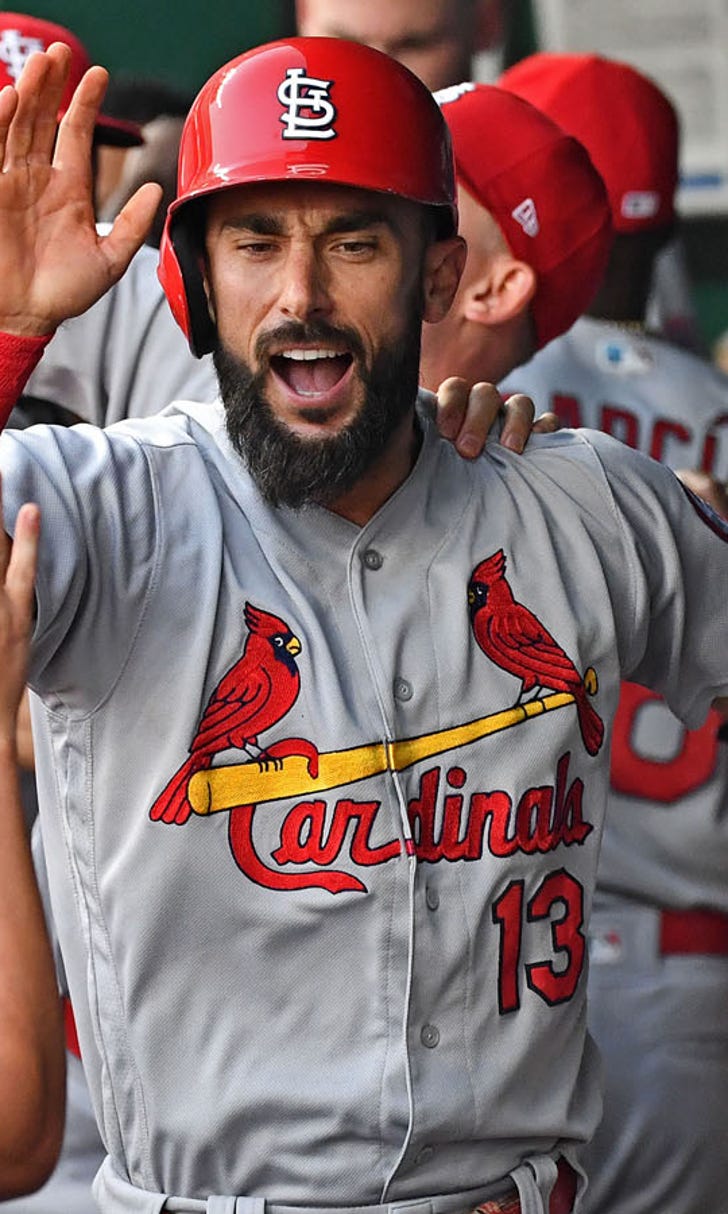 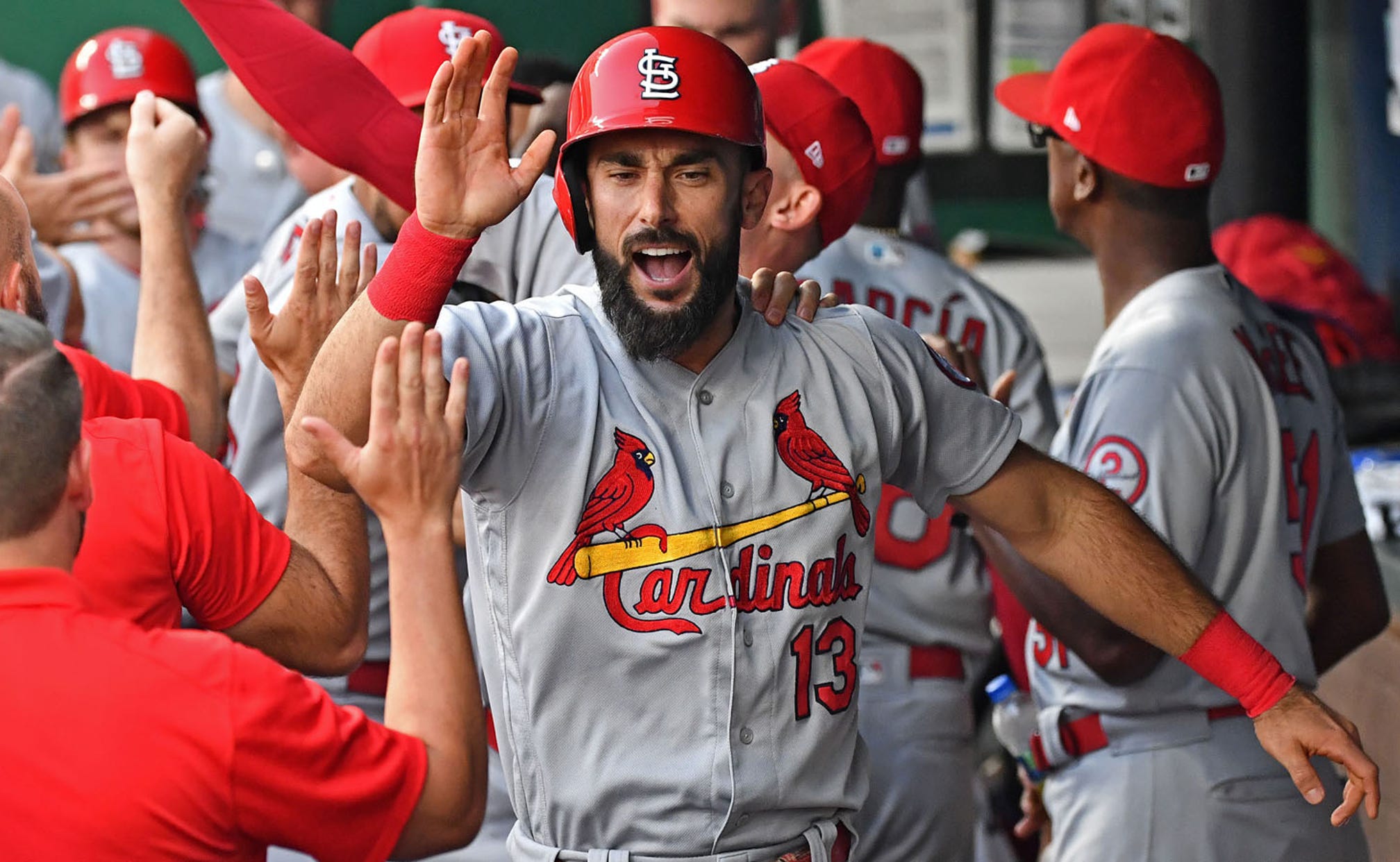 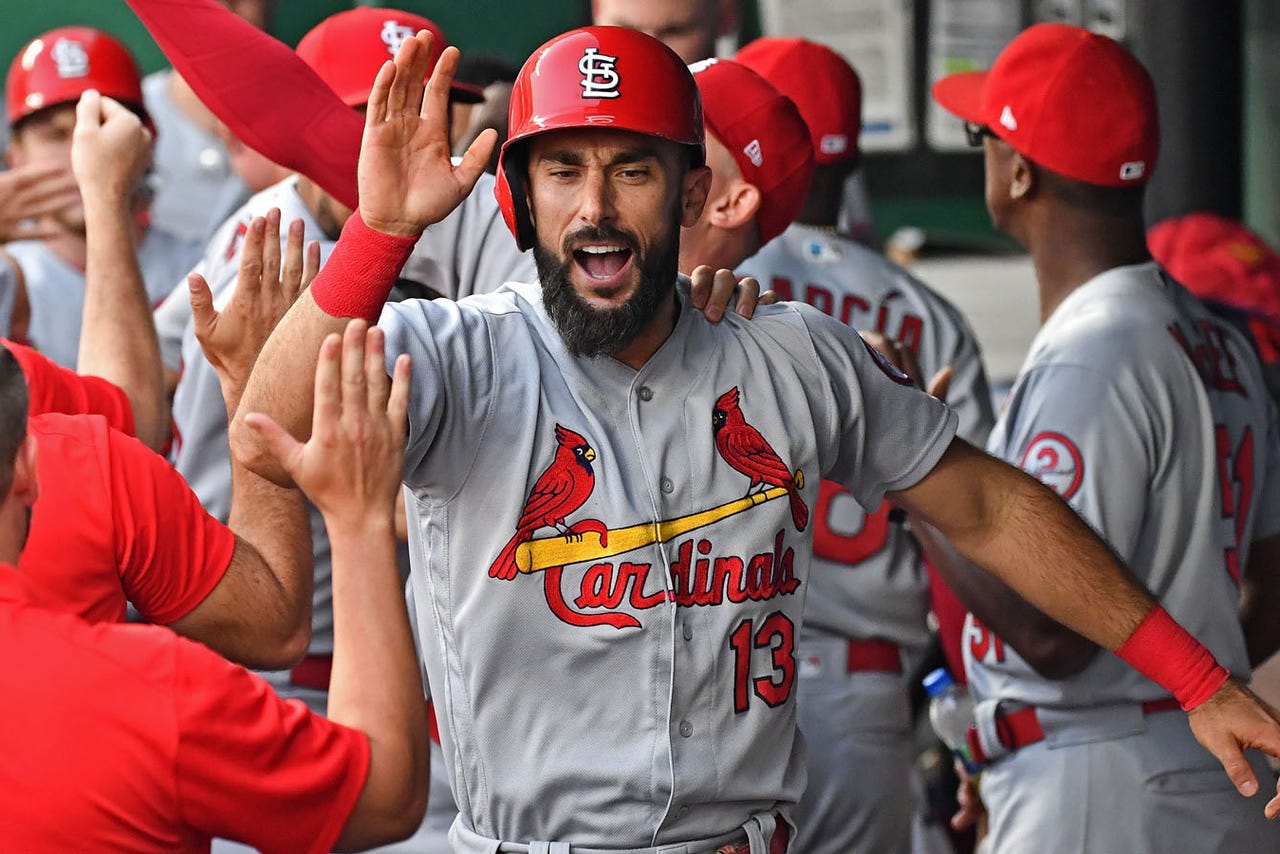 KANSAS CITY, Mo. -- At this point, it's almost as if the St. Louis Cardinals expect Matt Carpenter to hit a home run every day.

Carpenter tops the National League with 32 home runs, a .600 slugging percentage and 65 extra-base hits. He has reached base in a career-high 28 straight games with 16 homers and 27 RBIs in that span.

"It's fun to watch, that's for sure," Cardinals interim manager Mike Shildt said. "Clearly, he's a special player, a special guy. I'm just happy for him. He's always looking to grow from the previous version of Matt Carpenter."

Carpenter sent a fastball from Burch Smith into the right-field fountains for a two-out drive with Harrison Bader aboard. He extended his career high for homers as the Cardinals scored five times in the second.

"Just having Harrison on base in front of me, just his speed alone you've got to figure bought me maybe an extra fastball or so," Carpenter said. "It's a big part of it."

Paul DeJong led off the inning with his 11th home run. Bader and Jose Martinez, who had three hits, contributed RBI singles to set up Carpenter.

Bader homered in the sixth and Martinez had an RBI double in the seventh.

Gomber (2-0) allowed four hits, walked one, hit a batter and struck out three in his third major league start.

"It makes my job a lot easier, especially when my game plan is attack and throw strikes," Gomber said of the big lead.

Gomber worked out of a bases-loaded jam in third, which Adalberto Mondesi led off with a triple. After retiring the next two batters, Gomber walked Rosell Herrera and hit Salvador Perez with a pitch. Hunter Dozier flied out to end the inning.

"We couldn't capitalize on it," Royals manager Ned Yost said.

The Royals stranded 11 runners and went 0 for 8 with runners in scoring position. Kansas City has lost seven of eight.

Shildt on Carpenter's unbelievable stretch: "People ask, 'Is this a surprise for you?' Not really, for me personally. He's always looking to evolve. That's a special trait. Just happy to see he's getting the fruits of his labor." #STLCards pic.twitter.com/igu9D2vppP

Royals LF Alex Gordon, who hit .366 with six multihit games in the past 11 games he had started, was not in the lineup. Manager Ned Yost said he wanted to give Gordon two straight days off with the club idle Thursday.

Cardinals: RF Yairo Munoz left in the sixth inning with a sprained right wrist after swinging at a pitch. Adolis Garcia replaced Munoz and singled in the eighth for his first big league hit. ... OF Tyler O'Neill (groin inflammation) began a rehab assignment with Triple-A Memphis. ... RHP John Brebbia (right forearm tightness) was placed on the disabled list retroactive to Monday. ... RHP Adam Wainwright (right elbow inflammation) threw batting practice at the club's complex in Jupiter, Florida. "All reports of that were favorable," Cards interim manager Mike Shildt said. "We'll see how he recovers." He said the team is evaluating whether Wainwright throws another batting practice or begins a minor league rehab assignment.

Royals: OF Brian Goodwin (left groin strain) ran the bases as his final hurdle before coming off the disabled list. He said he is at about 80 percent.

Royals: LHP Danny Duffy will be facing the Cardinals for the first time since June 27, 2016.