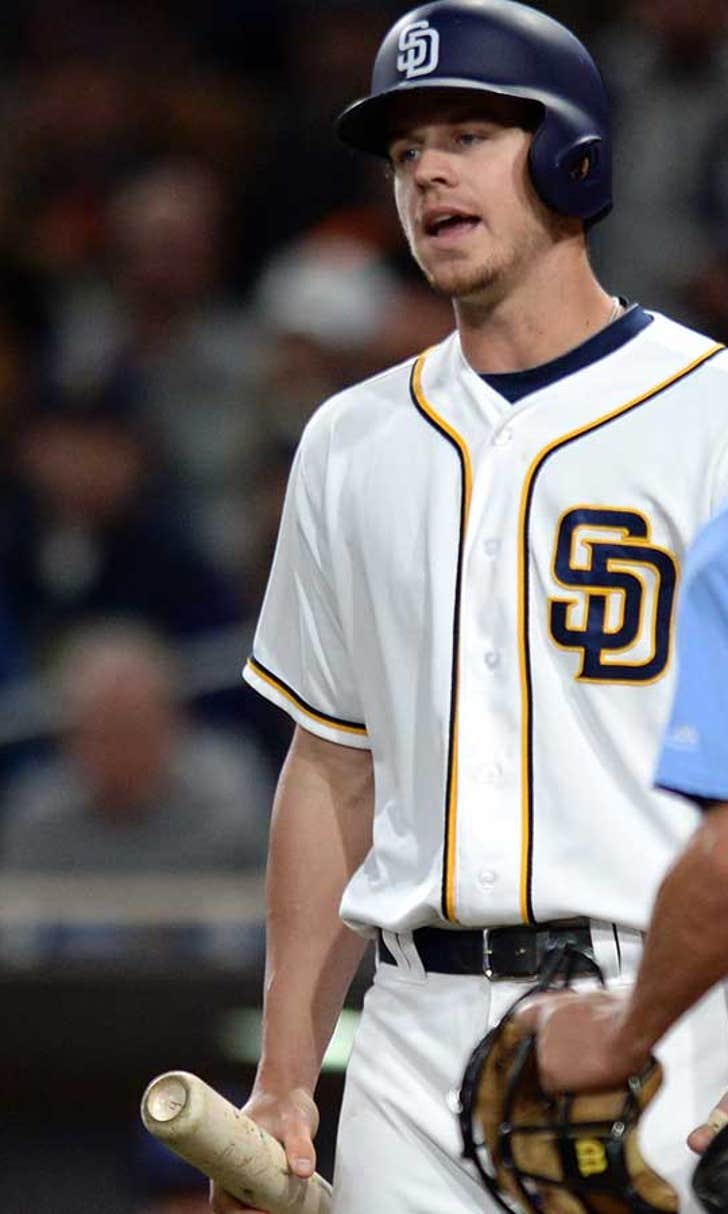 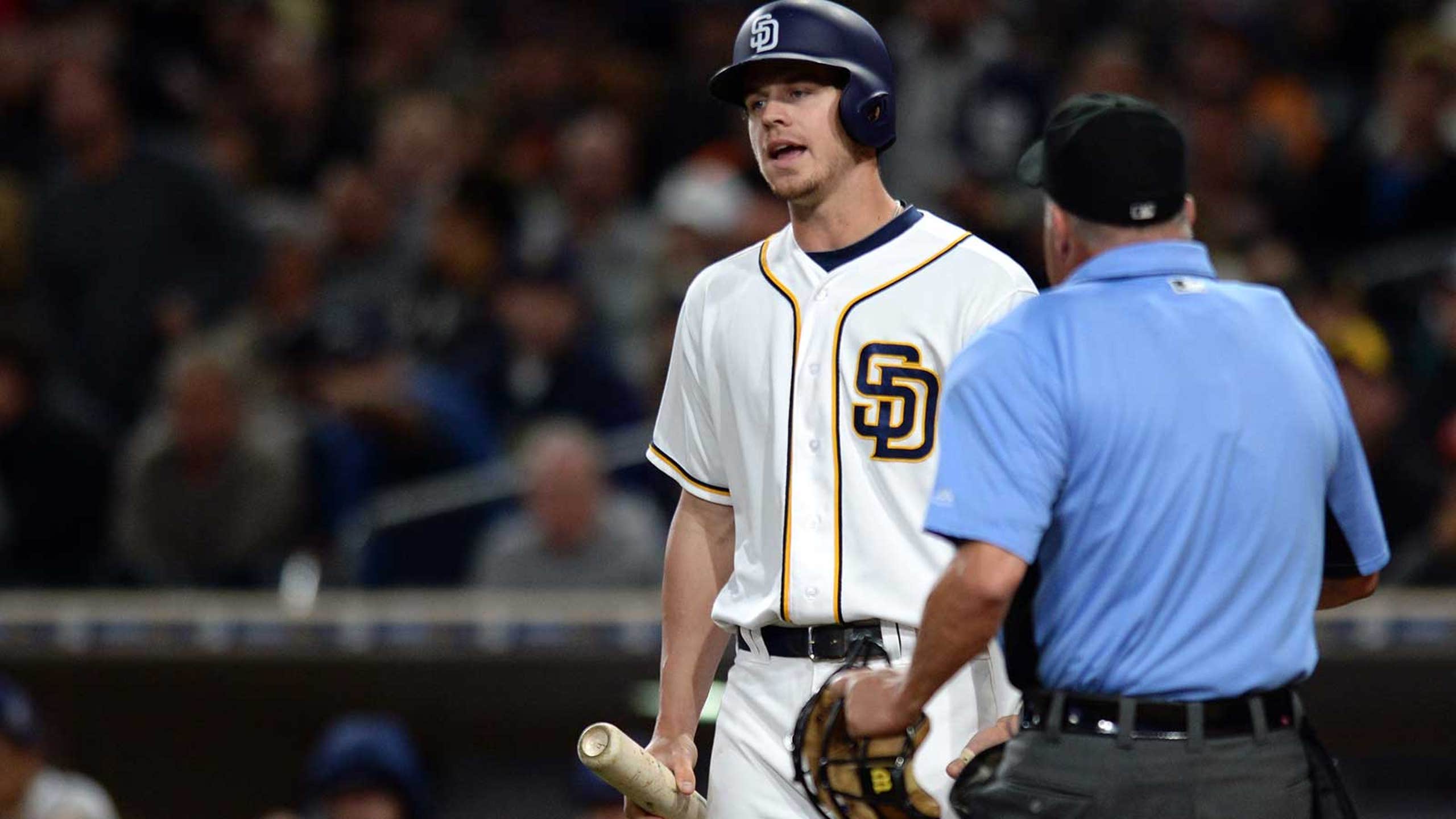 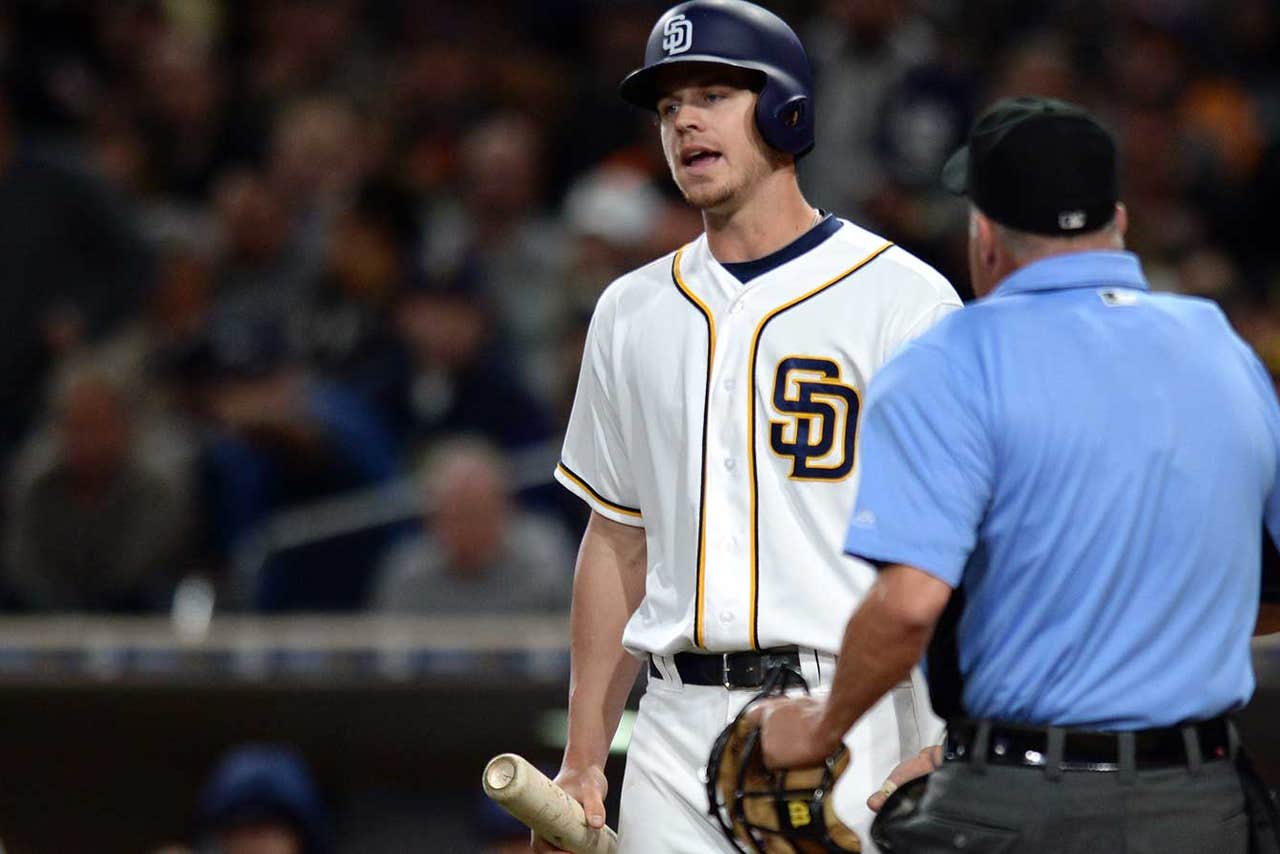 SAN DIEGO (AP) -- Madison Bumgarner was way too much for the San Diego Padres.

The left-hander threw a five-hitter and struck out 11 for his first complete game this season and Brandon Crawford homered and drove in all five runs to lead the NL West-leading San Francisco Giants to a 5-1 victory against the Padres on Tuesday night.

The benches cleared after Bumgarner struck out Wil Myers to end the third. Bumgarner stared at Myers as he walked off the field, and the two exchanged words. They had to be separated, but no punches were thrown. Bumgarner and Myers, the Padres' first baseman, appeared to laugh off their differences when the pitcher walked leading off the ninth.

"Bumgarner took issues with something, frankly not quite sure what. But there were competitive people on both sides of the equation," Padres manager Andy Green said. "Nothing came of it but there's a definitely a sentiment in our clubhouse that we are not going to be bullied by someone on the mound screaming at our players. I think our players feel very strongly they are going to stand up for one another and I respect that."

Myers said he was looking at the scoreboard to check the velocity on the pitch "and I saw Madison staring at me and I said to him, which he couldn't understand was, `Come on man, don't stare me down.' He didn't really know what I said and thought I was mouthing off a little.

"I did hear him say he didn't like that I stepped out a lot on him. But it was one of those things that we got caught up in the heat of the game and emotions were running high and people were competing out there. It wasn't a big deal. It was just a misunderstanding on both sides."

Bumgarner (5-2) came within three outs of a shutout before allowing Matt Kemp's homer off the third deck of the Western Metal Supply Co. building in the left field corner, his 10th.

The Giants won their season-high sixth straight game. The Giants have beaten the Padres 12 times in their past 15 games and all four this season.

Bumgarner was dominant from the start in pitching his 12th career complete game. He retired the first six batters before Jose Pirela doubled to left and was stranded.

The Padres had a big chance to break through against Bumgarner in the sixth. Brett Wallace hit a leadoff single and moved to third on Myers' one-out double to left-center. Bumgarner struck out Derek Norris, and first baseman Brandon Belt made a nice catch of Kemp's foul pop to end the threat.

Bumgarner, who walked none, is 4-0 in his last six starts against the Padres.

"He is almost always good," Green said. "He has a fastball that rides up in the zone and he stayed away to righties. He dotted that outside corner."

Crawford hit a three-run homer to right-center off Colin Rea in the second, his fifth. He added a sacrifice fly in the sixth and hit an RBI double in the eighth and was thrown out trying to stretch it into a triple to end the inning.

"Colin was just wild the first inning or two and then he settled in nicely," Green said. "Some days you just don't find the zone early in the game. This wasn't a horrible outing, five innings three runs. Pretty much all the damage on a 3-0 fastball to Crawford."

Padres: LHP Robbie Erlin had reconstructive elbow surgery Tuesday. He was shut down after three games, including two starts. ... Manager Andy Green said CF Jon Jay (shoulder) is a DL candidate. He was hurt making a diving catch in Milwaukee on Friday night. ... 2B Cory Spangenberg (quad) suffered a setback and has been shut down from running and baseball activities.

Padres: LHP Drew Pomeranz (4-3, 1.80), who hasn't allowed a run in his last two starts, is scheduled to start Wednesday night.