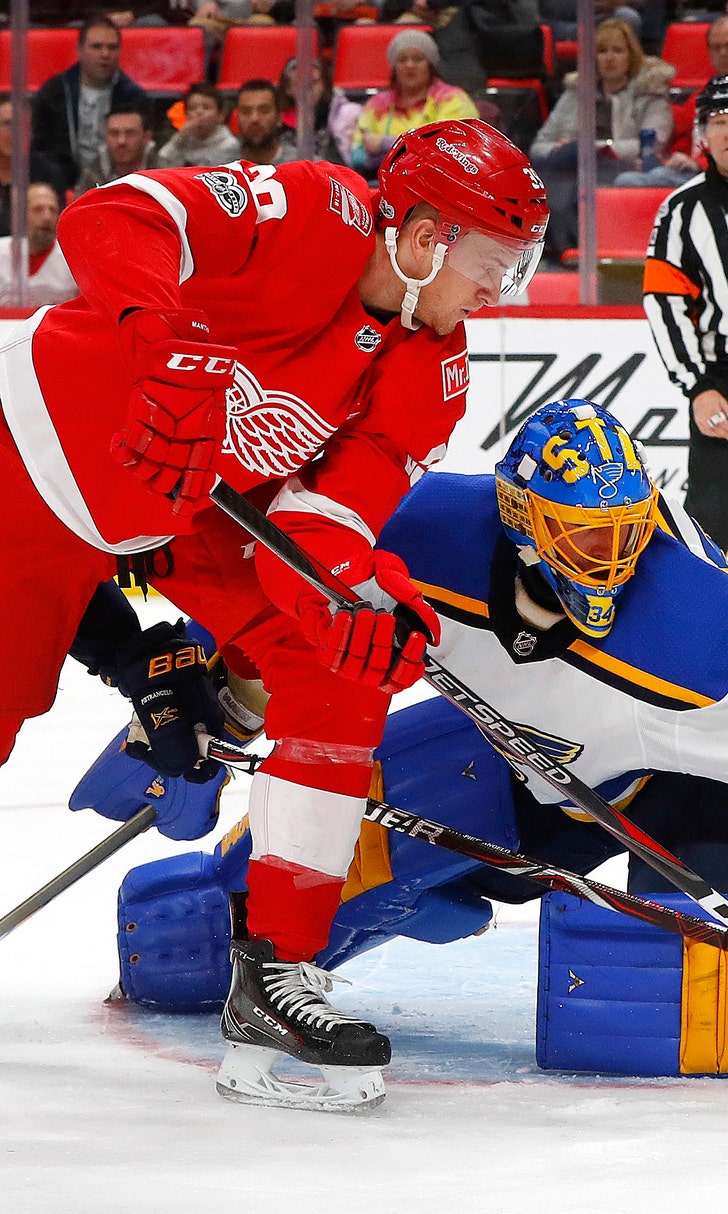 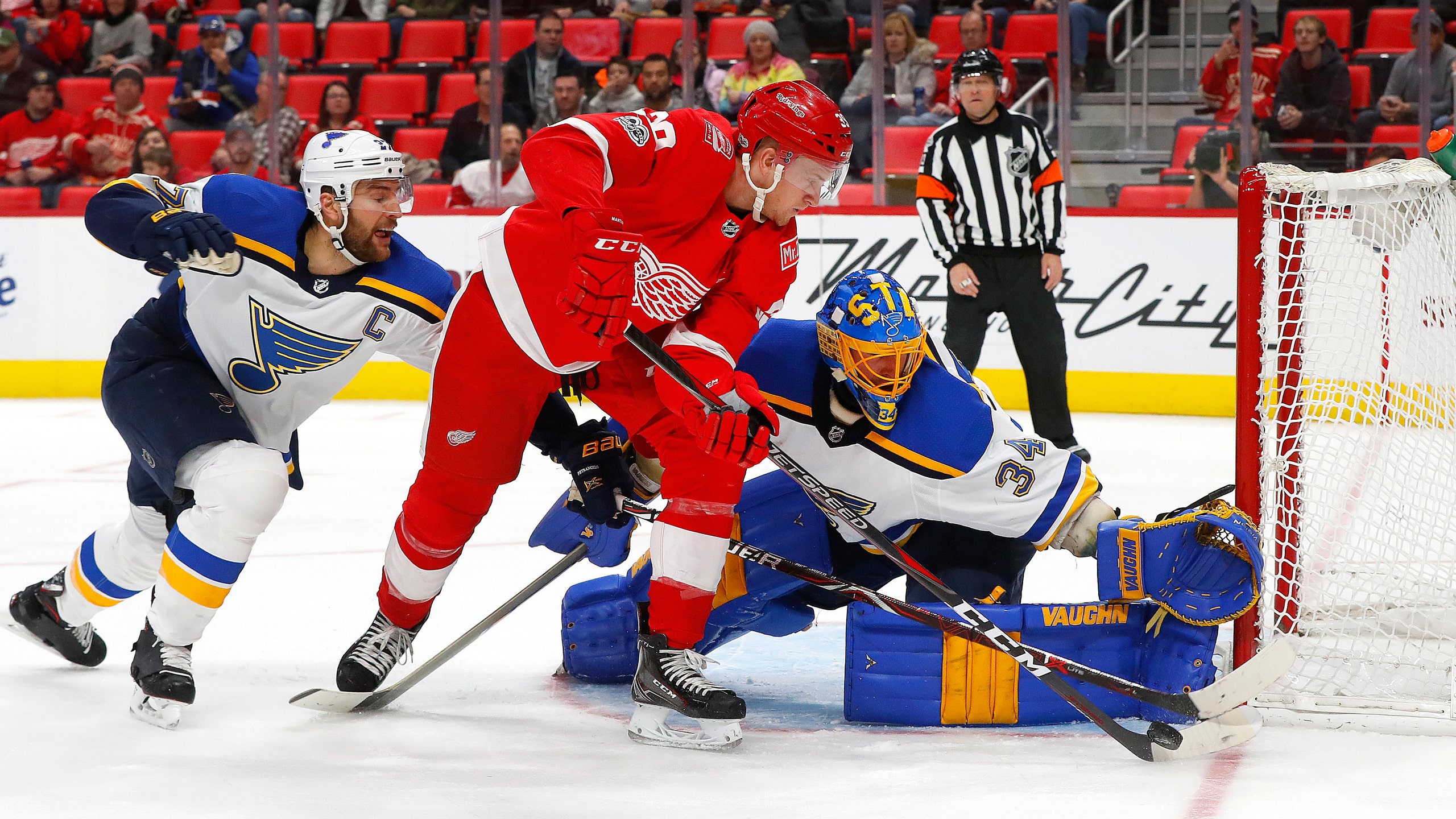 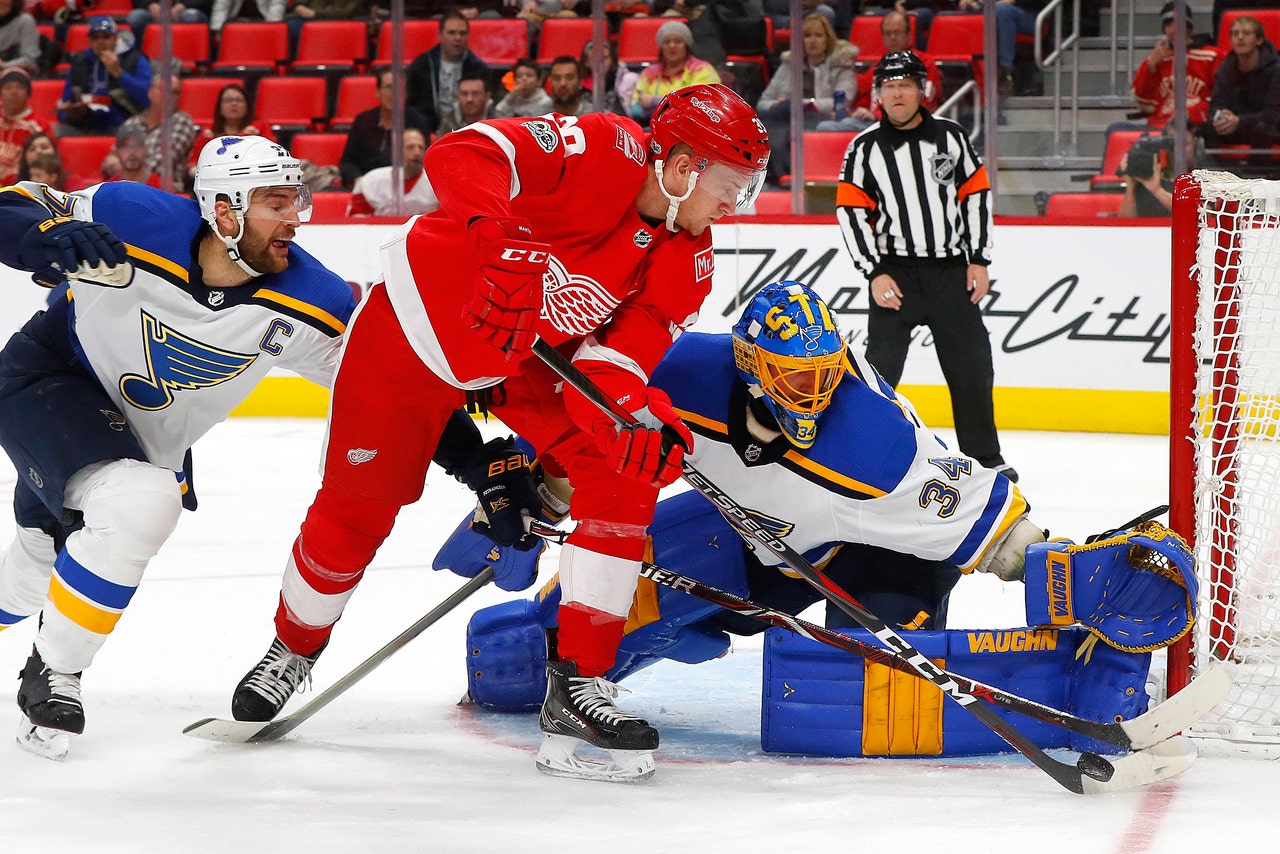 Two days after placing forward Jaden Schwartz on injured reserve and four days after backup goalie Carter Hutton joined the designated wounded, the Blues put their top defenseman, Alex Pietrangelo, on IR with a lower-body injury. The team did not speculate on how long their captain will be out.

Pietrangelo was hit in the leg by a puck in Saturday's win at Detroit. Though he finished the game, he sat out Sunday's win over Buffalo. The team was hoping he might be able to bounce back and avoid an IR stint, but now it's certain he'll be out at least the rest of the week.

Pietrangelo has led the Blues' offensive blue line this season, tying for second among NHL defensemen with seven goals and ranking fifth with 23 points.

Schmaltz, 24, also has shown a flair for scoring this season, ranking fourth among AHL defensemen with 19 points (five goals, 14 assists) in 24 games for the Rampage. His scoring total also gives him a share of the team lead. He made his NHL debut last season, tallying two assists and four penalty minutes in nine games for the Blues. Schmaltz was a first-round pick (25th overall) by the Blues in the 2012 draft.

The team also announced that defenseman Jay Bouwmeester would sit out Tuesday night's game against Tampa Bay with an injury.


In a later move, the Blues sent Sammy Blais back to the Rampage.

Blais, 21, has been shuttled between the NHL and AHL clubs all season, most recently getting a call to the Blues on Friday when goalie Carter Hutton hit injured reserve. Blais has dressed in nine games for the Blues this season, posting one goal and two assists. He also has 13 points (five goals, eight assists) 11 games with the Rampage.