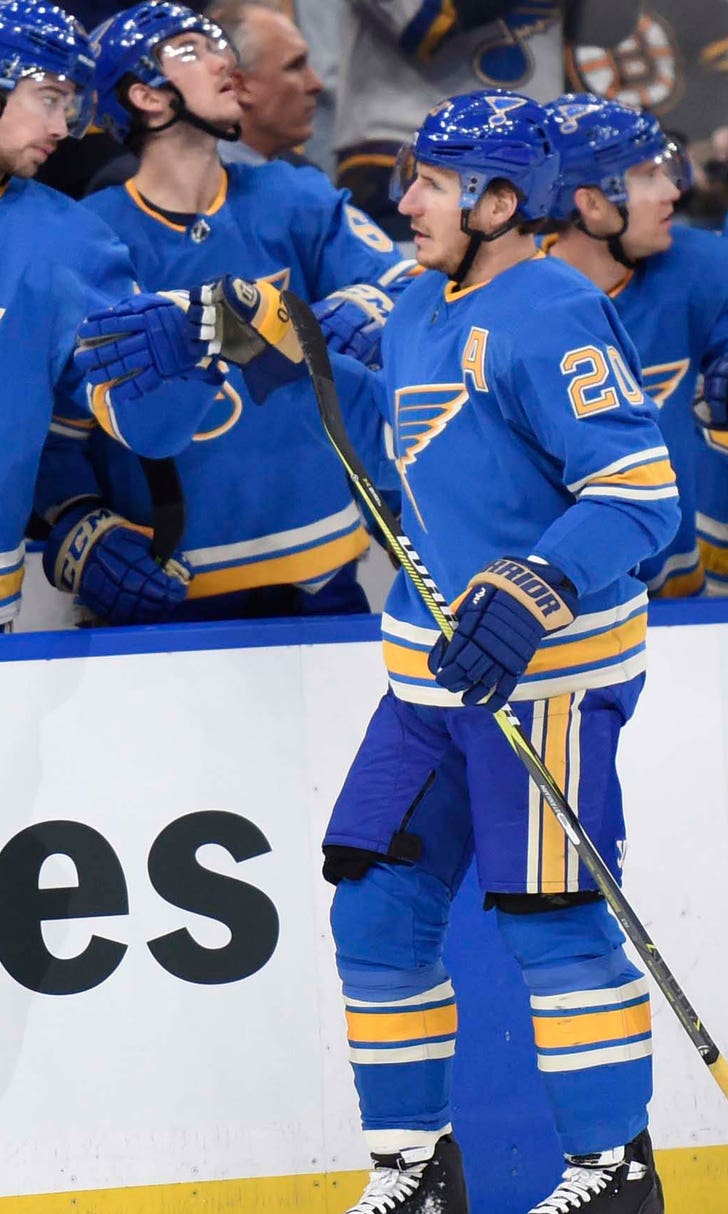 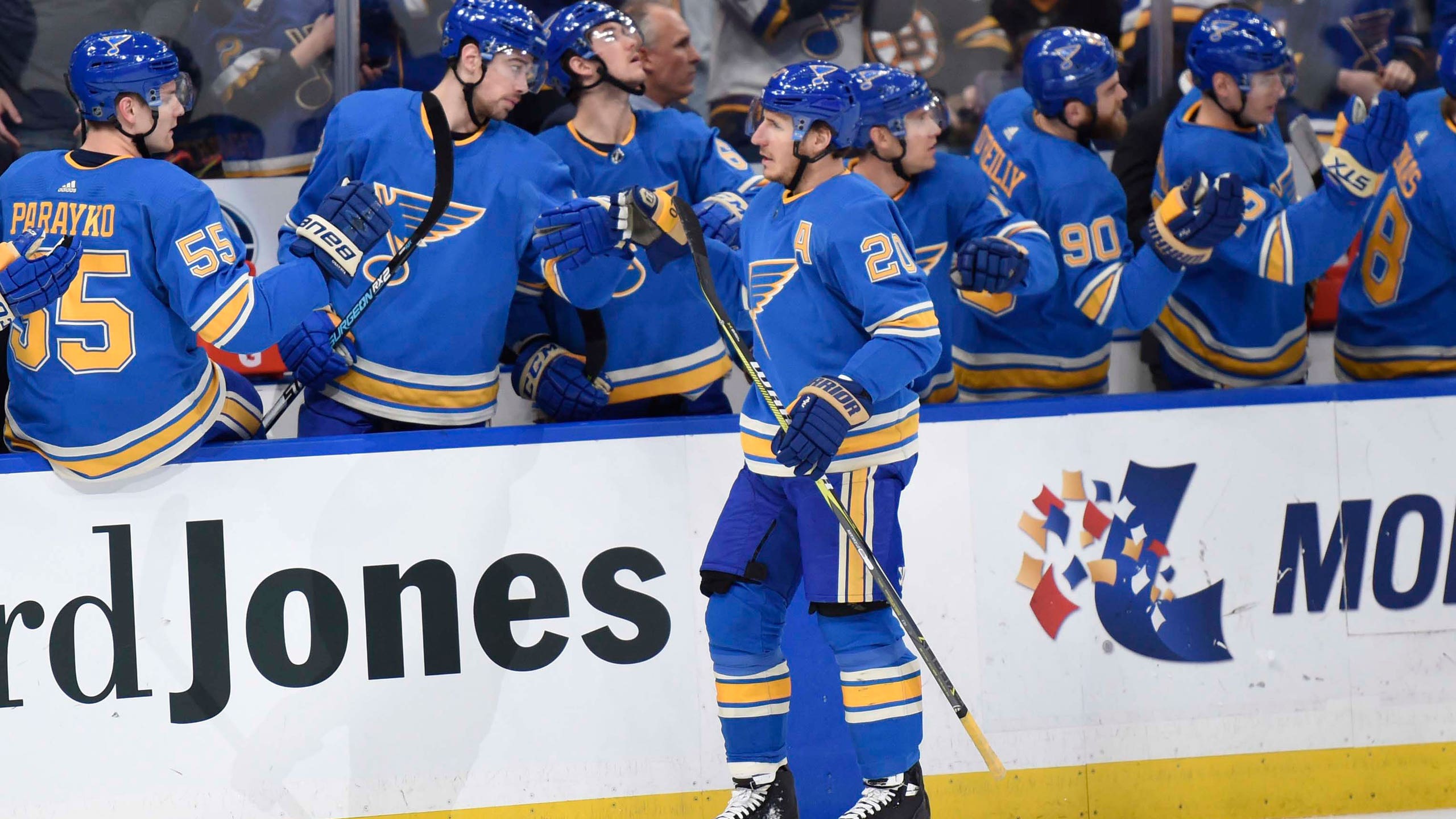 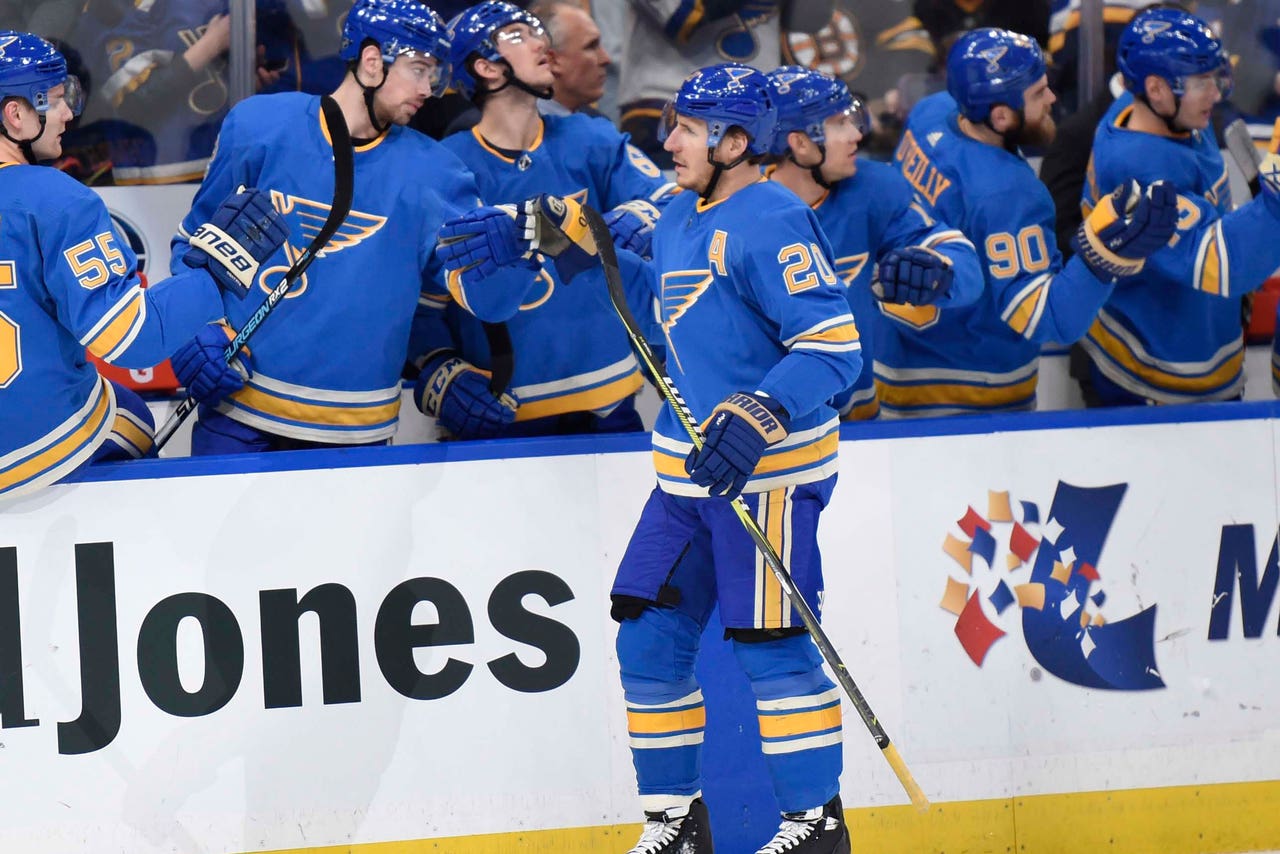 ST. LOUIS — Sammy Blais didn't expect his name to be called in the shootout. He was ready when the opportunity came.

Blais scored in the sixth round of the tiebreaker to lift the St. Louis Blues to a 2-1 victory over the Boston Bruins on Saturday.

"I thought they would choose someone else," Blais said. "But it worked out, so I was pretty happy about that."

Blais, who was recalled from San Antonio of the AHL on Thursday, was not even sure he would dress for the game. He took regular shifts in regulation and overtime, but was stunned when interim coach Craig Berube selected him as the shootout grinded along.

Alexander Steen scored in regulation for St. Louis, which had a franchise-record 11-game winning streak snapped on Thursday in Dallas. Jordan Binnington stopped 31 shots through overtime and then five more in the shootout to improve to 14-2-1.

Steen on the team fighting flu-like symptoms before the game: "That's the way she goes sometimes. You got to roll with the punches... As a group, we do a good job here of staying pretty mentally strong." pic.twitter.com/EAz31yiITj

"This was fun," said Binnington, who has four shutouts but was in a shootout for the first time. "It was a big game for us, so we're happy for that extra point."

Chris Wagner scored for the Bruins, who had a seven-game win streak snapped but earned a point for the 13th consecutive game. Tuukka Rask made 28 saves.

Tyler Bozak also scored for St. Louis in the shootout, and Charlie Coyle had a goal for Boston.

Blais patiently waited out Rask, holding the puck until the goalie went down before lifting it high from a wide angle.

"When he went down a little bit, I saw an opening," Blais said. "It worked."

Rask waited until the very last second before making his move.

"I thought I had my leg there," Rask said. "But I couldn't get it close enough. He made a great shot."

Steen scored for the first time in 26 games to give St. Louis a lead in the first period. He whipped a wrist shot from the faceoff circle past Rask on the Blues first shot of the contest at 7:15.

Wagner tied it in the second by converting off a pass from Kevan Miller.

Coyle was making his debut for the Bruins. He was acquired in a trade with Minnesota for Ryan Donato and a fifth-round draft pick on Wednesday. Coyle played 16:36 and won eight of 12 faceoffs.

The Bruins went without a regulation loss during the five-game road trip that included three consecutive one-goal games.

"The guys had some fun together, they bonded," Boston coach Bruce Cassidy said. "At the end of the day, I'm happy with the way we played."

NOTES: Boston RW David Pastrnak missed his sixth consecutive game with a thumb injury. ... St. Louis C Brayden Schenn missed his second game in a row with an upper body injury. ... The Blues improved to 26-14-2 under Berube, who took over for Mike Yeo on Nov. 19.

Blues: At Minnesota on Sunday.