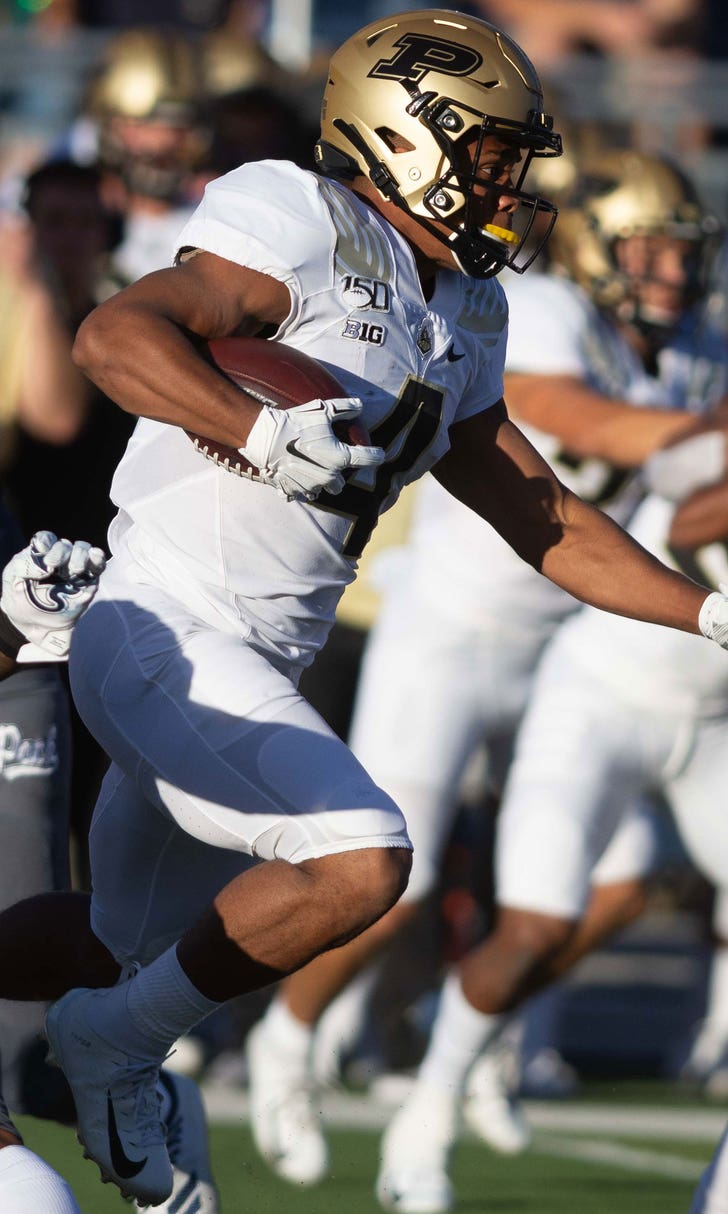 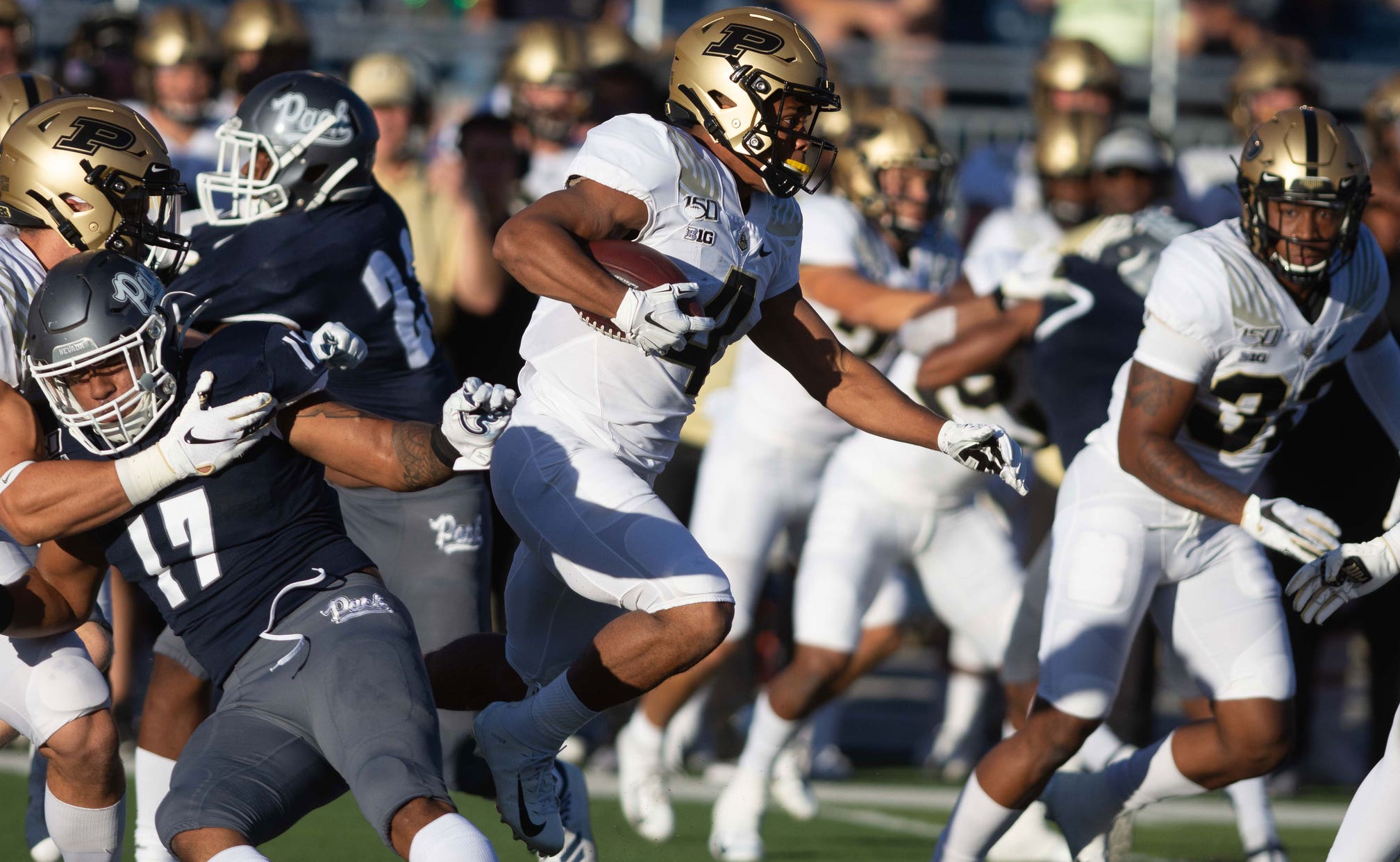 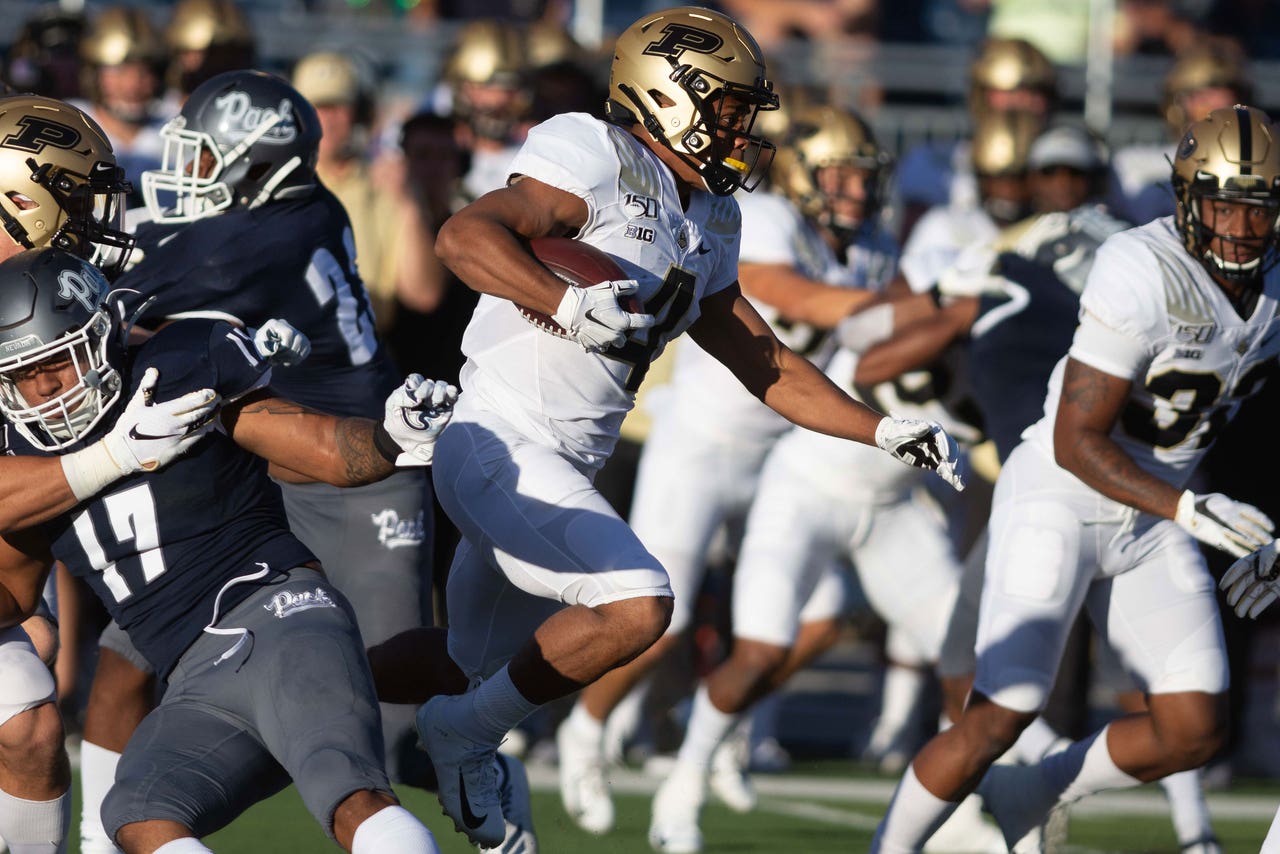 The wide receiver wants to put even more pressure on opponents by finding new ways to take advantage of a Purdue offense perfectly tailored to his skill set.

"I think this year, it's more being able to get out there and know exactly where the ball is going, know the coverage before they actually get into it," he said. "Some things I didn't realize last year, and I can look up now and understand what's really going on. I'm almost trying to get myself to think like a quarterback."

His new approach could make defensive coordinators around the country squeamish after watching the nifty, fleet-footed Moore electrify college football last season when he racked up 313 all-purpose yards against eventual Big Ten West Division champion Northwestern in his college debut and broke Otis Armstrong's school record for all-purpose yards in a game.

When the season ended, Moore had broken the school record for all-purpose yards in one season (2,215), tied the school record for most 100-yard receiving games in a season (seven), been named the Big Ten freshman of the year and become the first freshman in league history to earn consensus All-America honors. He was named to this season's AP preseason All-America team.

Numbers and accolades were never the motivation for Moore, though.

"I'm here to win games and help my teammates get better," he said. "Putting up numbers doesn't define me as a player. I want to help us get to bigger bowl games and compete for a national championship."

A season-opening loss at Nevada certainly didn't help. But Moore is accustomed to facing long odds.

When he arrived on campus, many wondered how Kentucky's reigning Gatorade Player of the Year, listed generously at 5-foot-9 and 172 pounds in 2018, would hold up in the rugged Big Ten. He did just fine.

Today, he's at 180 pounds and has a new perspective on practice.

"I've kind of taken a different approach to things, just finding a way to get better that doesn't involve taking 1,000 reps," he said. "I'm trying to go about it slowly, doing what I can do to get better each day by focusing on little things like the Jugs (machine), obviously not going out and running 16-yard comebacks or something. Just catching balls, catching tennis balls."

The hope in West Lafayette is the extra weight and a more structured workout regimen make Moore even more productive in the receiving and return games, where he hopes to see big improvements.

He got off to another fast start, catching 11 passes for 124 yards and a touchdown in Week 1.

But after fumbling twice on punt returns and losing one and struggling to make an impact in the second half of the loss at Nevada, it's a good bet coach Jeff Brohm will add some wrinkles to get his top playmaker more involved Saturday against Vanderbilt.

"We may have to get it to him behind the line of scrimmage and we've got to be creative with that. And occasionally you may have to just throw it deep when two guys are bracketing him," Brohm said. "There's a lot of different ways to get that done."