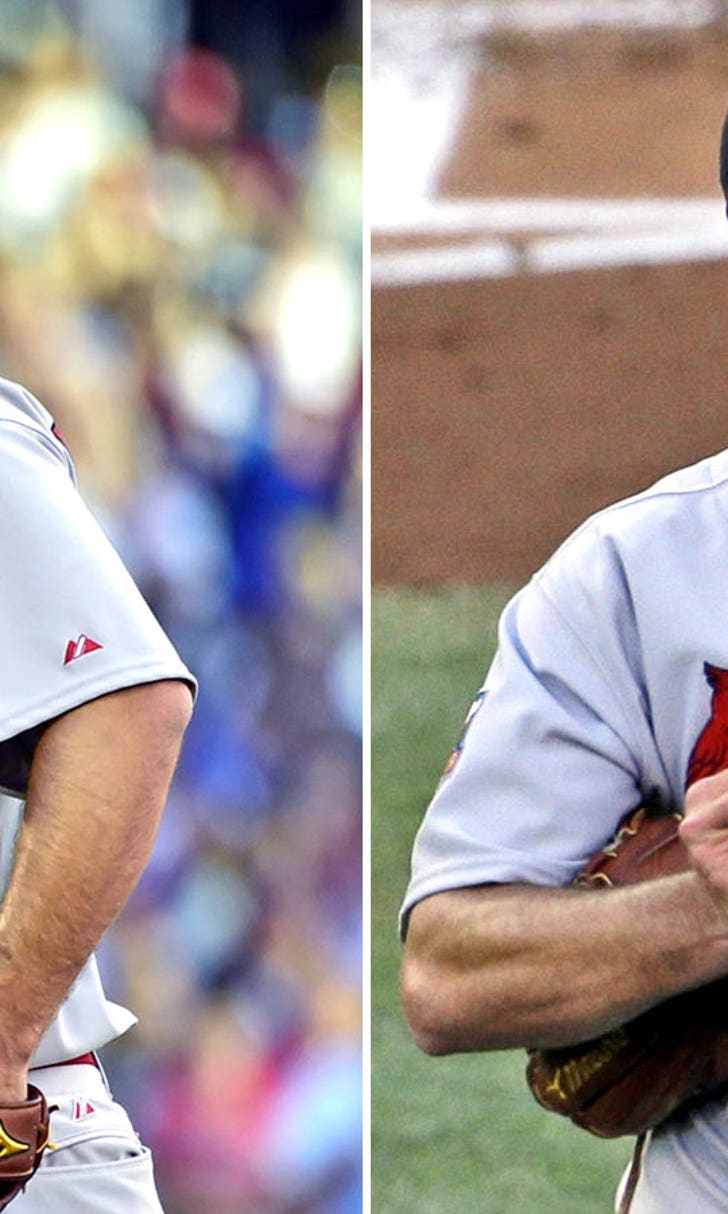 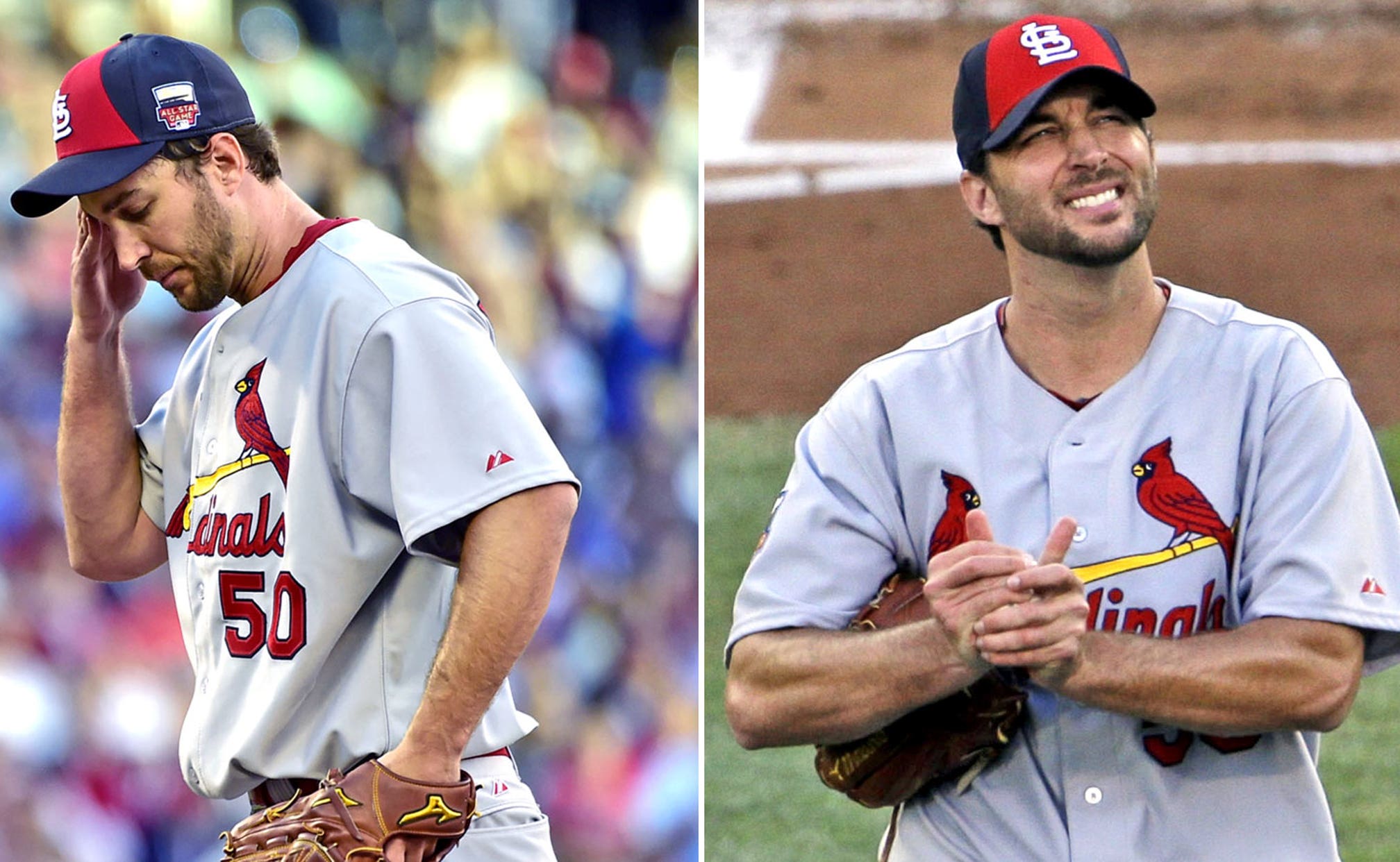 Adam Wainwright got it right Tuesday night. Not once, but twice.

First, when he left his glove on the mound, retreated toward second base and applauded with everyone else at Target Field when Derek Jeter stepped to the plate in the first inning of his final All-Star Game.

Second, when Wainwright apologized for comments he made to reporters shortly after completing his outing, comments in which the Cardinals' right-hander essentially admitted grooving the pitch that Jeter hit for an opposite-field double.

Wainwright was sincere and contrite in his interview with FOX's Erin Andrews, and even harder on himself after the American League's 5-3 victory, not only telling reporters that he was wrong, but also calling himself "an idiot."

Ah, I wouldn't go that far, but Wainwright's initial statement -- "I was gonna give him a couple of pipe shots. He deserved it. I didn't know he was gonna hit a double or I might have changed his mind" -- warranted further explanation.

Some people on social media and even a friend who sent me a text message wondered why we addressed the issue at all during the broadcast. My view, after consulting with FOX's Jon Paul Morosi, was that Wainwright had made news; his comments already had been published by numerous outlets. I relayed the comment to our production truck. We decided that I would report what Wainwright had said, and that we would also ask him if he wanted to come on the broadcast to elaborate.

Wainwright agreed to the interview with Andrews, who was working the NL dugout. And then, rather than duck the issue or call it a media creation, he took responsibility for implying that he gave less than his best in a game that determines home-field advantage for the World Series.

"Sometimes my humor gets taken the wrong way," Wainwright said. "I feel terrible about this. If anyone is taking any credit away from what Derek Jeter has done tonight ... it was mis-said. I made a mistake.

"I hope people realize I'm not intentionally giving up hits out there. I know this game means something. I'm guessing people are thinking I'm trying to give up home runs to Miguel Cabrera, too (Wainwright allowed a two-run shot by Cabrera later in the inning.)

"No. I'm very competitive. I think I said yesterday I did not want Derek Jeter to get a hit. I think I said it today even before I pitched. I don't know. It's a distraction. I do not want to be a distraction. I wanted it to be all for Derek. If anything is taken away from his moment, then I sincerely apologize. At no point in my career have I ever gone out and intentionally given up hits."

Pretty much covers it, doesn't it? And even if Wainwright grooved a pitch to Jeter, who cares?

AL manager John Farrell told the FOX broadcasters beforehand that he considered the ASG a "showcase" and intended to use as many players as possible. Seriously, if the game as all about winning, why would Mike Trout, this year's MVP, ever be removed?

Another thing: Jeter still had to hit Wainwright's 90-mph fastball, just as Cal Ripken Jr. had to hit the fastball that Chan Ho Park supposedly grooved to him in his final All-Star Game in 2001. The ASG had no competitive stake then, and Ripken hit a home run. Like Jeter, he easily could have grounded out.

Anyway, back to Wainwright.

It was not the first time he had to clarify a controversial remark -- he accused Dodgers first baseman Adrian Gonzalez of "Mickey Mouse" antics during Game 3 of last year's National League Championship, and later admitted that the allegation was a "knuckleheaded" thing.

Wainwright is one of the game's good guys and best interviews. Jeter, before learning of the pitcher's initial, ill-advised comments, acknowledged during his in-game interview with FOX that Wainwright had rare character.

"I've always respected the way he goes out and handles himself not only on the mound, but off the field as well," Jeter said. "I have the utmost respect for him."

That respect only grew Tuesday night.

Wainwright showed his sense of the moment before Jeter's first at-bat, all but leading the crowd in applause. Jeter at one point waved his hand at Wainwright and shouted, "Let's go!" But no, the ovation continued, in part because Wainwright would not let it stop.

"For him to do that meant a lot to me," Jeter said. "I'll always remember that."

Let's all remember it. Let's salute Wainwright for being honest and accountable. Let's remember that he got it right, not once, but twice.