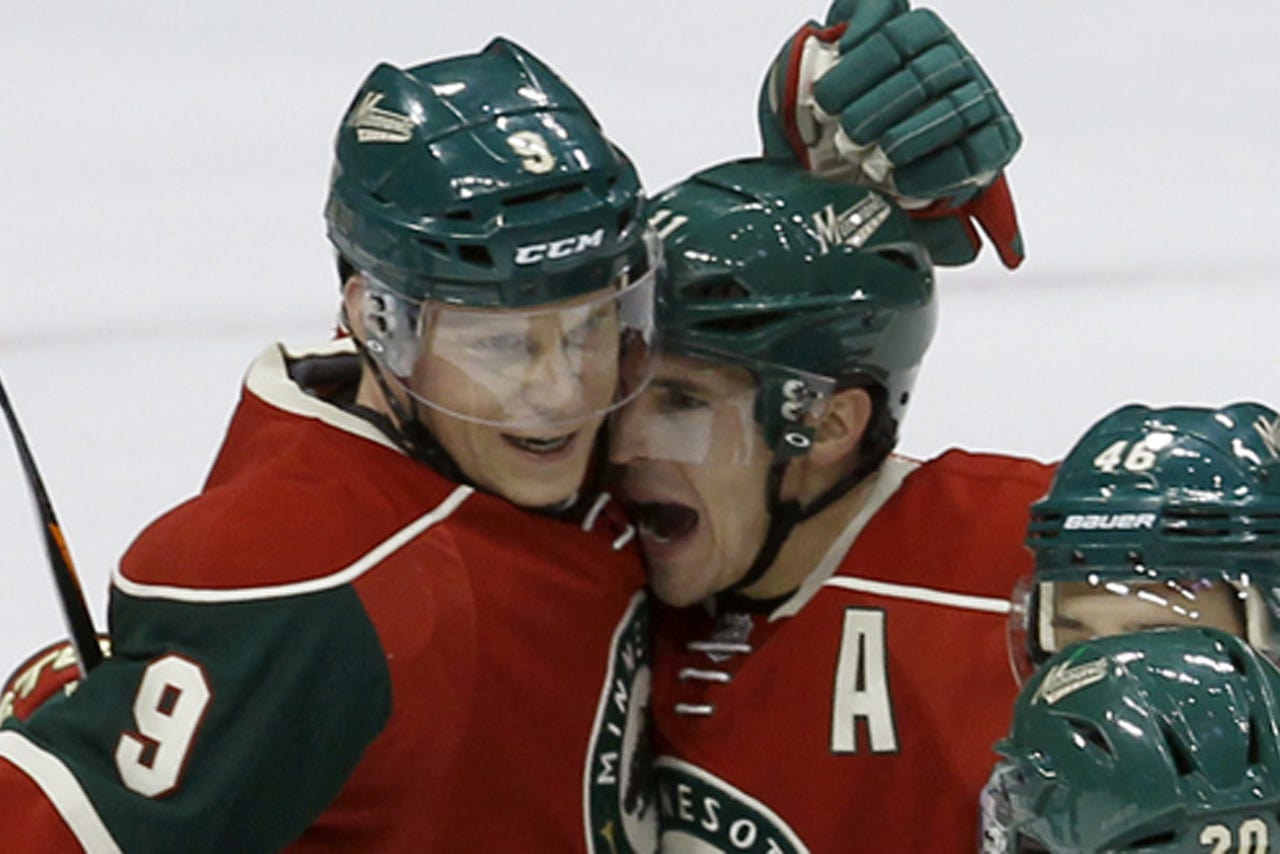 The Minnesota Wild on Tuesday unveiled the jersey they'll wear in their Stadium Series contest against the Central Division-rival Chicago Blackhawks on Feb. 21.

The game will be held at TCF Bank Stadium, an outdoor arena on the campus of the University of Minnesota.

Modeled by captain Mikko Koivu and alternates Zach Parise and defenseman Ryan Suter, the Wild's sweater is dark green with an outline of Minnesota on the "State of Hockey" patch along the white shoulder yoke.

The team's large numbers are easy to see on the arms as well.

"They're plain, in a good way," Parise told Michael Russo of the Minneapolis Star Tribune.