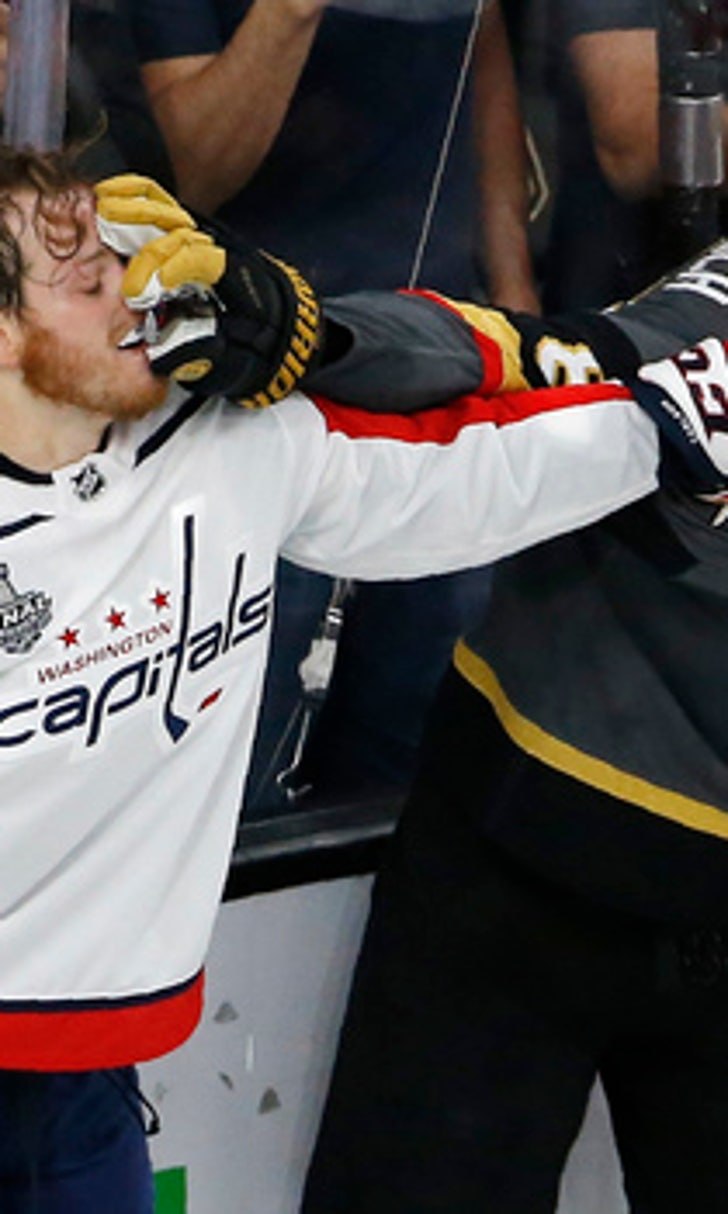 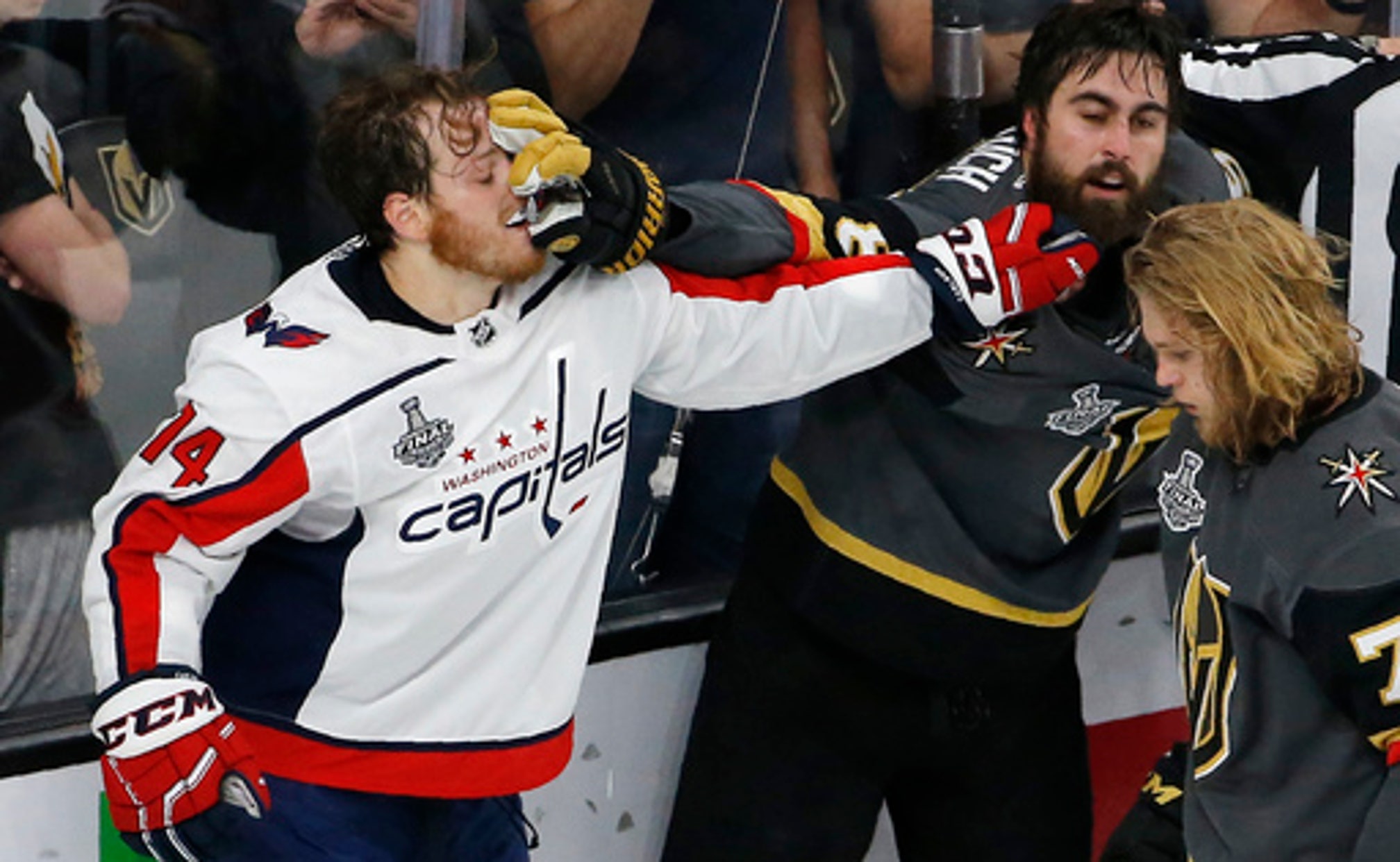 Trying to keep Trotz is first priority for champion Capitals

The Washington coach didn't think about his future, the same approach he has taken all season and playoffs.

''I wasn't getting consumed with what was said, what my future holds, whatever,'' Trotz said. ''I'm in a pretty good spot.''

Trotz was in as good a spot as imaginable Friday as he and the Capitals landed back home in the Washington area with the Stanley Cup in tow. The celebration will last through the parade Tuesday, but once that's done, the work begins for Brian MacLellan to try to re-sign Trotz, top defenseman John Carlson and other free agents.

After not extending Trotz's contract last summer, ownership and general manager Brian MacLellan now hope to keep him around. MacLellan said after winning the Cup that Trotz will be back if he wants to be.

Trotz and Carlson, who set a franchise record for playoff points by a defenseman, can be free agents July 1 along with unlikely postseason hero Devante Smith-Pelly, trade-deadline acquisition Michal Kempny and longtime glue guy Jay Beagle. Washington will have to do some salary-cap maneuvering to keep Carlson, Smith-Pelly and Kempny in the fold but can break the bank for Trotz.

Following a roller-coaster, lame-duck season with presumed coach-in-waiting Todd Reirden still on staff, Trotz was asked if he saw a future for himself with the Capitals. He said: ''Oh, absolutely. Absolutely.''

Offseason priority No. 1 for owner Ted Leonsis and MacLellan is signing Trotz to a new deal - if he wants to stay. It'll cost them.

Toronto's Mike Babcock is the highest-paid coach in the NHL at $6.25 million a year, Chicago's Joel Quenneville is next at $6 million and Montreal's Claude Julien third at $5 million. Trotz will soon have his name on the Stanley Cup like them and should approach that price.

Carlson will exceed it after leading all defensemen with 68 points in the regular season and the 20 in the playoffs. The 28-year-old right-shot defenseman trails only elite New York Islanders center John Tavares in free agent interest and is likely to command $8 million-plus on a long-term deal after how well he played this season.

''Typically a big dog on the back end takes most of the responsibility. John's definitely one of the big dogs,'' said Capitals winger T.J. Oshie, who just completed the first season of a $46 million, eight-year deal. ''But it seems like that's shared a little bit with (Matt) Niskanen and (Dmitry) Orlov being able to play against other teams' top lines as well. We've got a 1, 1A and 1B I think. We're sitting pretty good back there.''

The Capitals would be sitting pretty if the salary cap goes up to as high as $82 million because it gives them more room to keep the top four of Carlson, Orlov, Niskanen and Kempny together. If it stays closer to this year's $75 million, they could have trouble keeping this championship roster together.

Smith-Pelly will no doubt earn a raise from the $650,000 league-minimum deal he signed last summer after matching his regular-season goal output with seven goals in the playoffs. Kempny will also cost more than $900,000 - a bargain salary that allowed the cap-strapped Capitals to afford to add him at the deadline.

Even if Trotz is back and Carlson signs an eight-year deal, changes of course will happen.

Coming off goaltender Braden Holtby's resurgence to help lead the Capitals to the Cup, backup Philipp Grubauer will likely be traded to a team that wants to give him the chance to start. If Trotz stays, Reirden would likely be allowed to pursue a head or associate coaching job elsewhere.

They might look a little different when they raise a Stanley Cup banner to the rafters in October but enjoyed some success with integrating new players.

''Bringing in (Alex) Chiasson, Smith-Pelly, guys that had no connection to past failures, it definitely relaxed (us),'' veteran defenseman Brooks Orpik said. ''It was having some of those younger guys and new guys, and then the other part of it was people doubting us at the beginning of the year - not being expected to win I think really helped out and really put the group at ease. We enjoyed winning a lot more this year.''