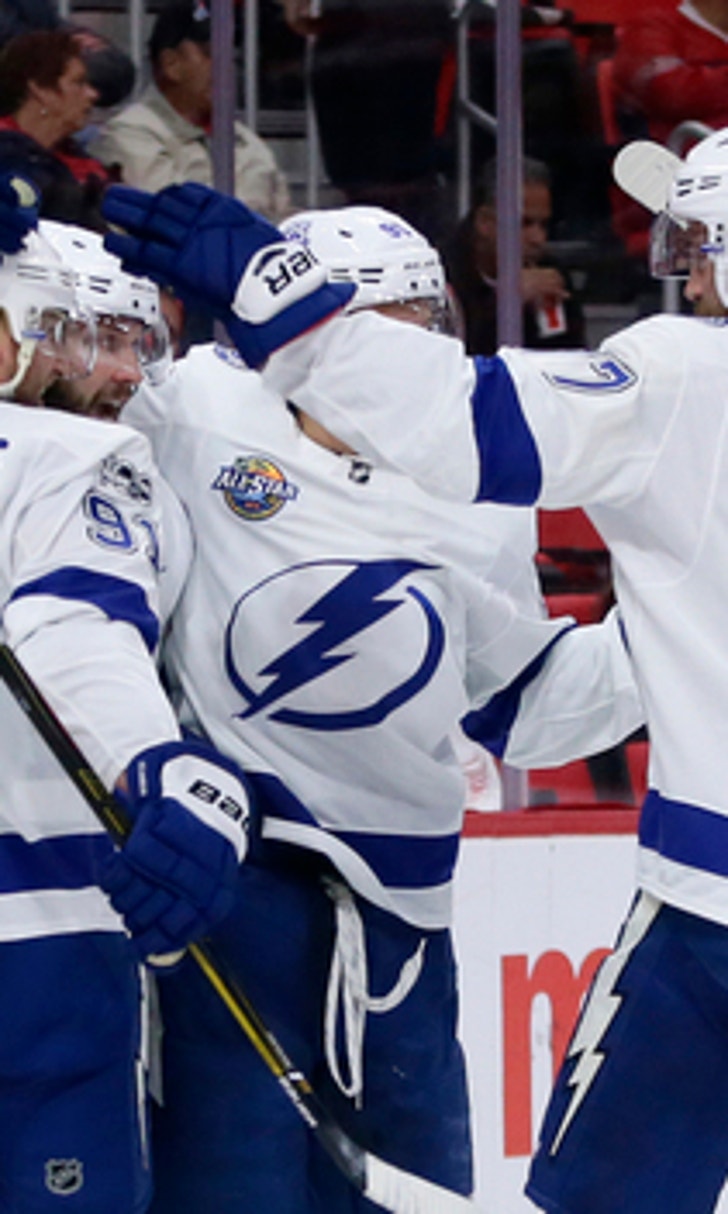 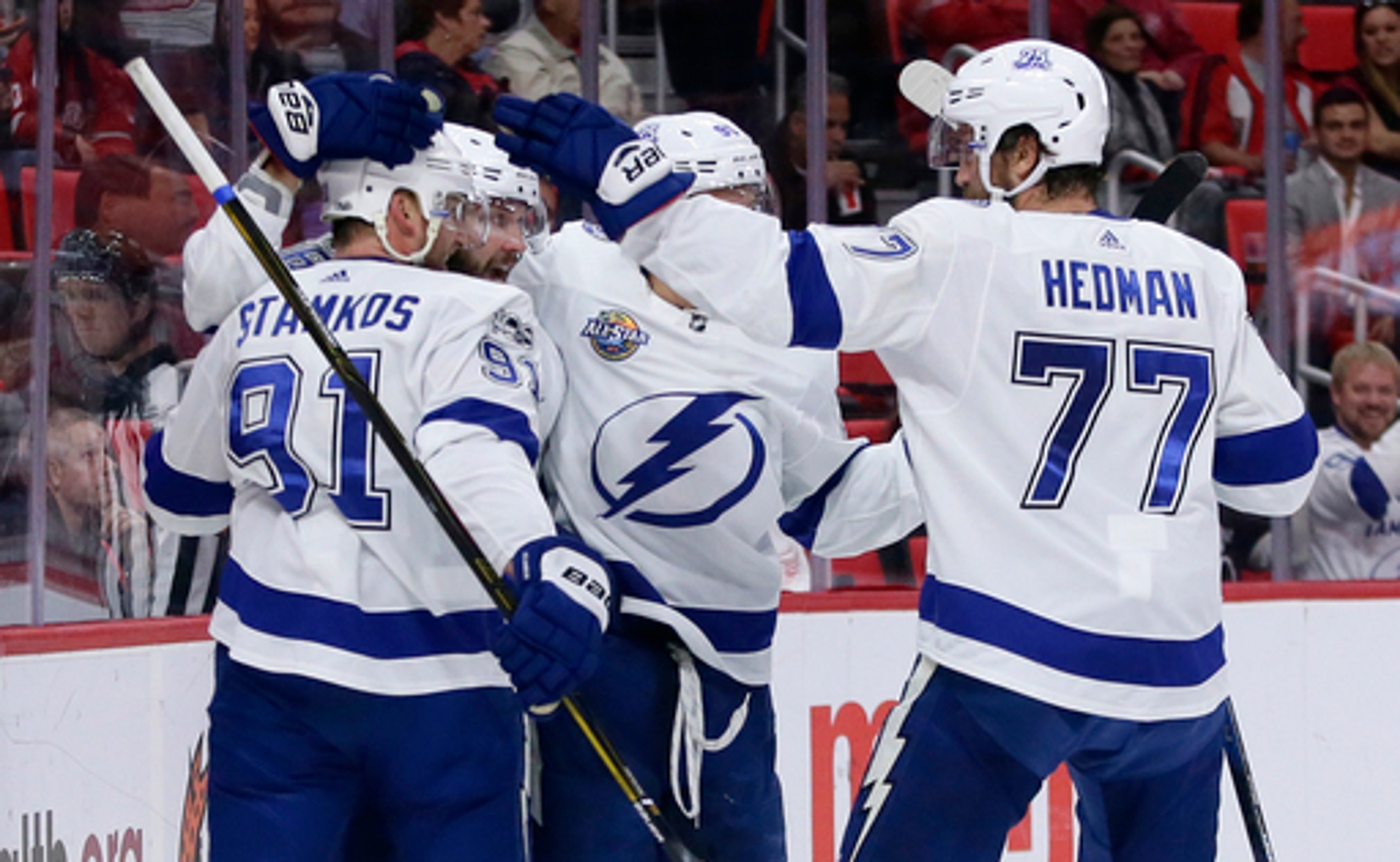 TAMPA, Fla. (AP) Steven Stamkos isn't making any brash predictions about how long it might take to regain the form that's made him one of the most prolific goal scorers in the NHL over the past decade.

It's not the two-time Rocket Richard Trophy winner's style.

And, it's not necessarily what the Tampa Bay Lightning need their captain - back from knee surgery that sidelined him the final five months of last season - to do to re-establish themselves as championship contenders.

''Anytime you're out for as long as I was it's going to take time to get adjusted back to game speed,'' said Stamkos, noting a grueling rehab included lots of drills on the ice but nothing that could truly replicate a game.

''When you go through something like that you just have to find ways to put yourself in a position to feel good and still find a way to be the player you know you can be,'' he added. ''My expectations are that I'm going to get back to that player, hopefully right away. That's the plan, and that's why you put in the work.''

Two weeks into the season, he's headed in that direction.

With Stamkos and linemates Nikita Kucherov and Vladislav Namestnikov leading the way, the Lightning are off to a sizzling 5-1-1 start after missing the playoffs last spring.

The 24-year-old Kucherov (eight goals, four assists) has emerged as the team's top offensive player, while Stamkos, 27, is prospering as more of a setup man (two goals, 10 assists) than primary scorer through seven games.

The four-time All-Star notched at least a point in Tampa Bay's first seven games, including assists on each of the red-hot Kucherov's two goals during Monday night's 3-2 road victory over the Detroit Red Wings.

''I knew it was a matter of time, so I wasn't losing any sleep over it,'' he said. ''I'm just happy to be playing hockey again and glad to be part of some wins here.''

The Lightning also got off to promising start a year ago before Stamkos had surgery to repair a lateral meniscus tear in his right knee and missed the final 65 games of the season.

Tampa Bay surged late, but missed the playoffs by one point after reaching the Stanley Cup Final and Eastern Conference finals the previous two years.

With productive young talent such as Kucherov, Namestnikov, Tyler Johnson, Brayden Point and Ondrej Palat also in the lineup, the Lightning are not nearly as dependent on Stamkos' goal-scoring prowess as they were earlier in his career.

The Lightning, however, clearly missed his presence while he was out.

''He's a big contributor on the ice and in the locker room. It feels good to have him back here,'' defenseman Victor Hedman said.

''Steven looks like Steven. It seems like he's right back into it,'' forward Ryan Callahan said. ''He's had a couple of good plays, and he's been good on the power play. That's part of what makes him special. He has those instincts. Just shows that no matter how much time he had off, he's still got those skills.''

The line of Stamkos, Kucherov and Namestnikov also worked well before he went down early last season. Taking up where they left off, the trio combined for 13 goals and 18 assists in the first seven games.

''I think we just are able to read off each other,'' said Stamkos, who's in the second season of an eight-year, $68 million contract he signed in 2016.

''When you have that chemistry,'' he added, ''sometimes there's an element of it being natural.''

Lightning general manager Steve Yzerman talked during training camp about how self-motivated Stamkos is and noted he was doing everything necessary to give himself a chance for a successful comeback.

The captain's first goal not only helped the Lightning beat the Penguins, but also tied the club's career record for power-play goals (112).

''Well, you want to see all these guys get their first because the longer it carries on, especially with the goal scorers, you can see the pressure they are putting on themselves,'' Cooper said.

''You just see him getting stronger and stronger and more confident,'' the coach added. ''When they get one, especially guys of Stammer's offensive capabilities, they can really get hot.''

Connor McDavid and the scuffling Edmonton Oilers look to get going at the red-hot Philadelphia Flyers on Saturday afternoon.