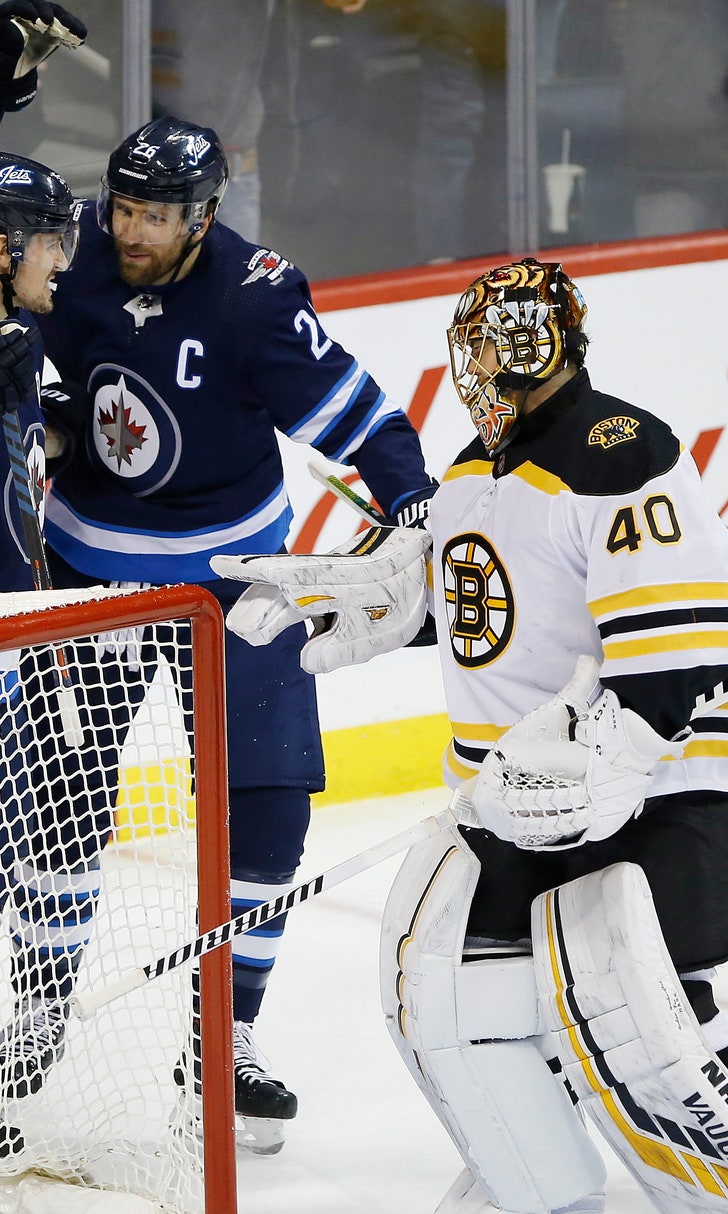 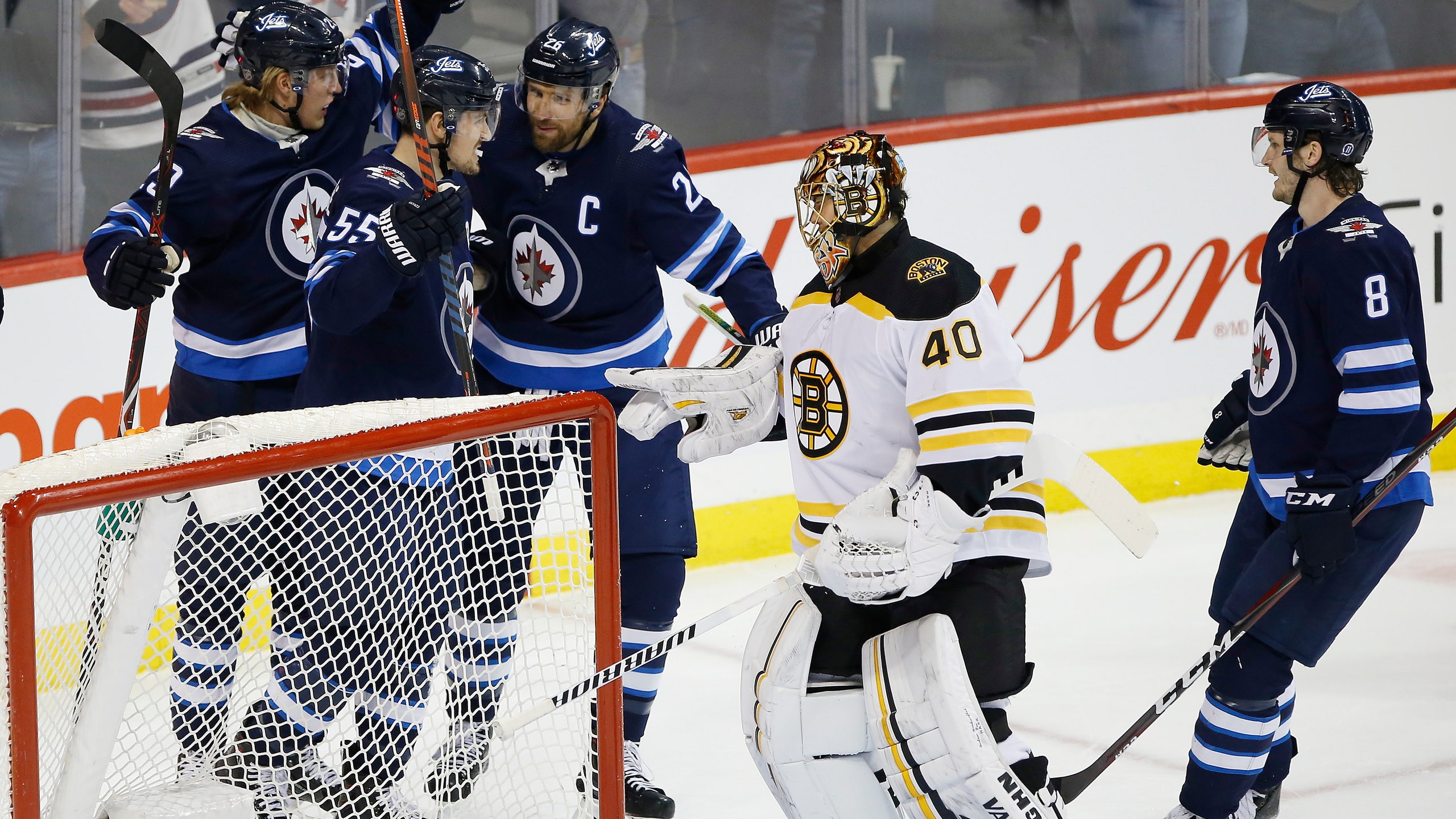 Scheifele had a goal and two assists, Blake Wheeler added a goal and an assist, and Laine had two assists as the Winnipeg Jets beat Boston 4-3 Thursday night for the Bruins' third straight loss.

"I think what guys realize about me and Wheels is it's never one guy's the passer, one guy's the shooter," Scheifele said. "We all do the work, we all do what needs to be done.

Jacob Trouba and Nikolaj Ehlers also scored for the Jets, who snapped a two-game skid and improved to 5-5 in their last 10 games. Connor Hellebuyck stopped 36 shots as Winnipeg moved three points ahead of Nashville atop the Central Division.

Ehlers scored the eventual game-winner with just under 7 minutes left after Trouba put the Jets ahead 3-2 earlier in the third period.

Coyle got Boston within one with 2:56 remaining, but the Bruins couldn't tie it up with an extra attacker.

"It's like a lot of (games). Other teams are taking it to us," Boston head coach Bruce Cassidy said of his team's poor starts. "They clearly have more energy early on. Some of that could be fatigue in our group. Some of it could be personnel in our lineup that are a little nervous to get started.

"We took an offensive-zone penalty against one of the better power plays so there's a number of things. It's not one thing. It's different things that usually add up and that was it tonight."

Winnipeg's top line of Laine, Scheifele and Wheeler did the early damage, giving the home team a 2-0 lead in the opening period that turned into a 2-2 contest midway through the second.

Wheeler scored his 20th of the season 1:08 into the game off a rebound after Laine's one-timer hit the crossbar.

Laine found Scheifele rushing to the net on the power play and sent him a pass for his career-high, team-leading 33rd with 8:36 left in the opening period. Scheifele had been held off the scoresheet the previous four games.

Rask was ready for Laine to shoot.

"All the options are right there, obviously, but when it's one of the best shooters in the league you don't want to cheat on that so I just didn't make the push on time," Rask said of the Finnish sniper who has 29 goals this season.

Laine was planning to shoot.

"I'm not just a shooter, I guess," Laine added. "I'm a pretty decent passer as well, like we saw in this game."

McAvoy's high shot with 2:37 remaining in the period cut the lead to 2-1 and Nordstrom tied it up midway through the second when he banged in a rebound behind a sprawled Hellebuyck.

The Jets had a chance to go ahead with their second power play of the game a few minutes later, but Laine twice hit a post.

NOTES: The Bruins were without injured D Torey Krug (upper body). ... Boston outshot Winnipeg 30-19 after two periods, and 39-24 for the game.

Jets: Host Calgary on Saturday to finish a three-game homestand.