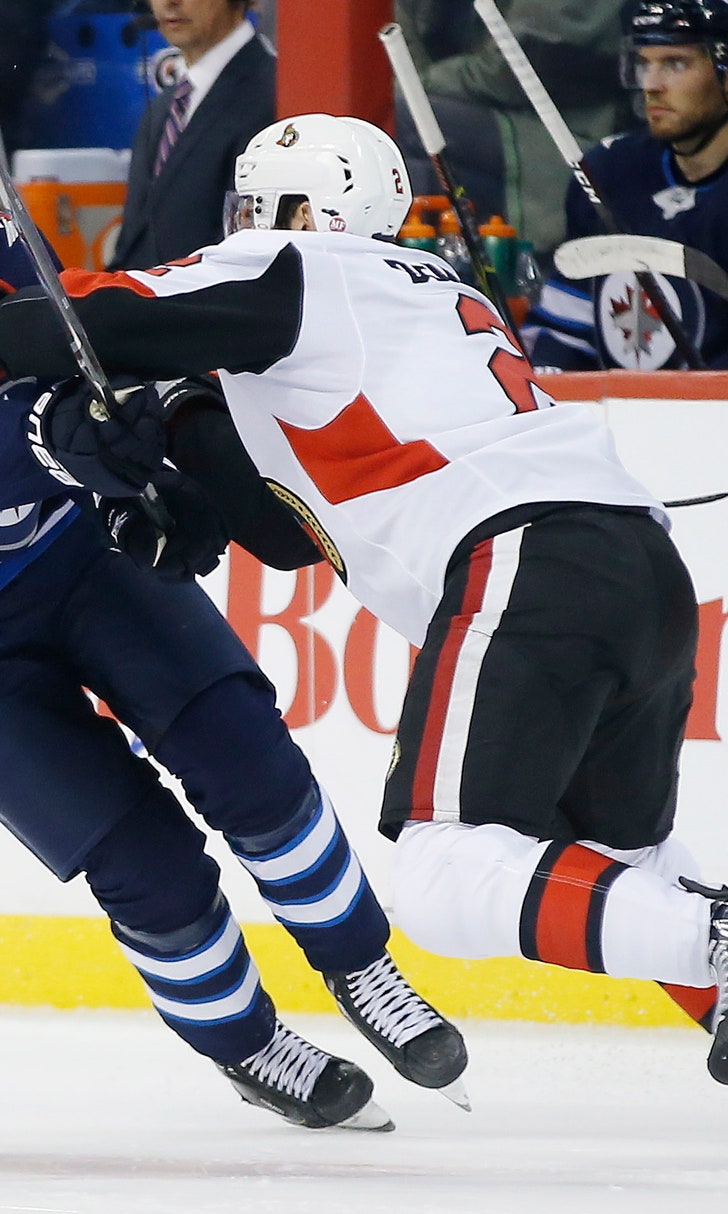 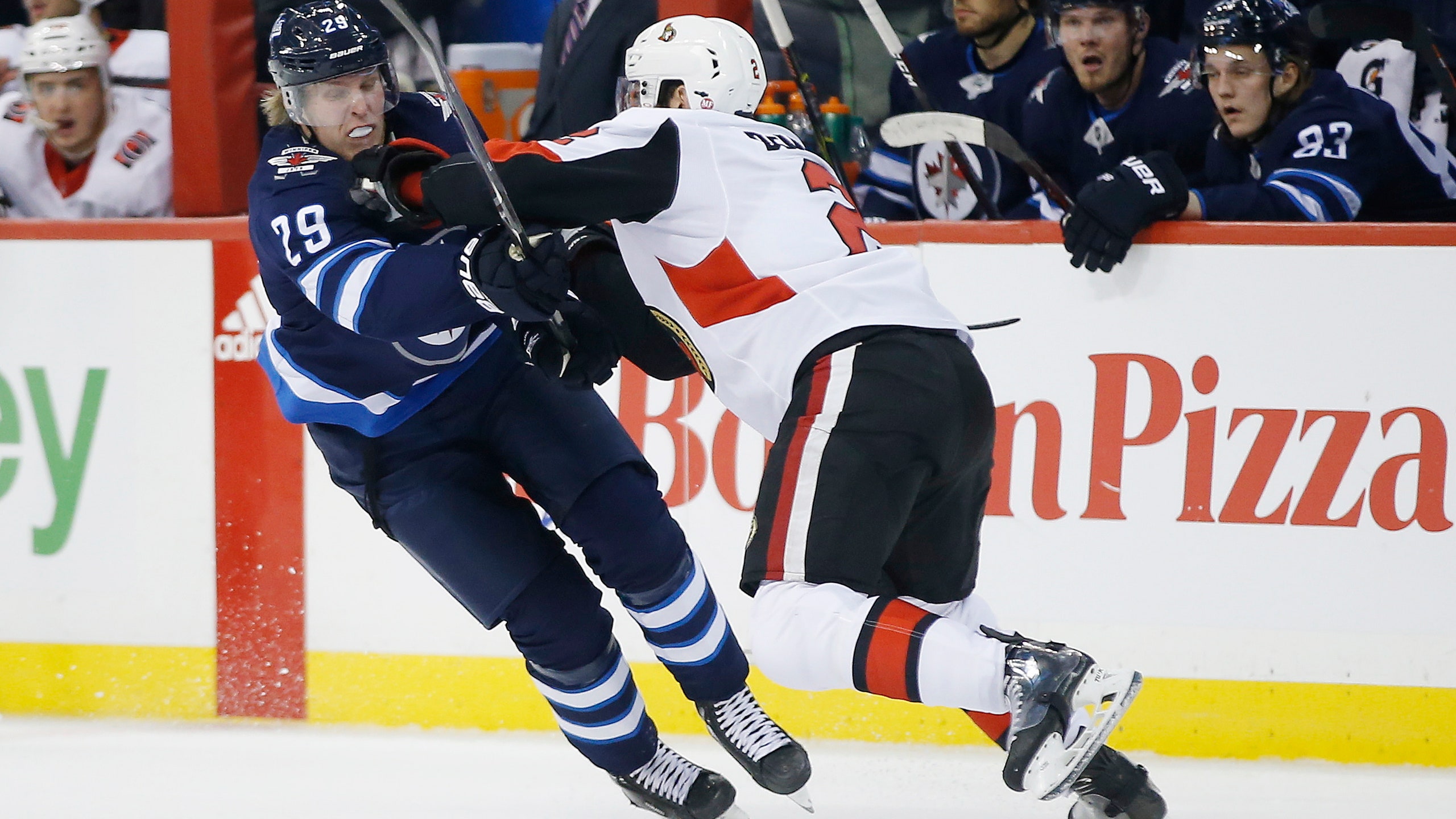 WINNIPEG, Manitoba (AP) — Ryan Dzingel scored at 3:44 of overtime to give the Ottawa Senators a 4-3 victory over the Winnipeg Jets on Saturday night.

Chris Tierney set up the goal.

"I put Tierney in a bad spot on the blue line and he chips it in and then makes a great pass," Dzingel said. "I joke around that he's skating at half speed all the time, but when you make plays like that you can skate as slow as you want."

Mark Stone, Rudolfs Balcers and Matt Duchene scored power-play goals, and Stone and Dzingel each had one assist. Anders Nilsson stopped 23 shots to help the Senators, last overall in the NHL, improve to 3-7-0 in their last 10.

"Great game," Nilsson said. "To be able to be the better team for a full 60 minutes against a team like Winnipeg, it shows a really strong effort from us and a really good team game, so we definitely deserved the two points tonight."

Tyler Myers scored twice and Brandon Tanev added a goal and an assist for Central Division-leading Winnipeg. They each scored a short-handed goal. Laurent Brossoit made 37 saves, a week after he was in goal in Ottawa in Winnipeg's 5-2 loss. The Jets 2-3-2 in their last seven games.

"We are concerned," Jets coach Paul Maurice said. "Going into tonight, it was the first five-game block of the season where we're under .500 at 2-3. So yeah, you're concerned."

Myers scored his second goal, and seventh of the season, through traffic at 14:01 of the third to tie it at 3. Nilsson made a pad save on Blake Wheeler with just over a minute remaining in regulation.

"Every team goes through a tough stretch at some point," Myers said. "We're facing a little adversity right now. We'll get our life back and finish with a good last 20 here."

NOTES: Stone's goal drew some cheers. The Winnipegger has been in trade rumors with the Jets. ... Winnipeg was without defensemen Dustin Byfuglien (lower body) and Joe Morrow (lower body).

Senators: At Chicago on Monday night.

Jets: At Colorado on Wednesday night.