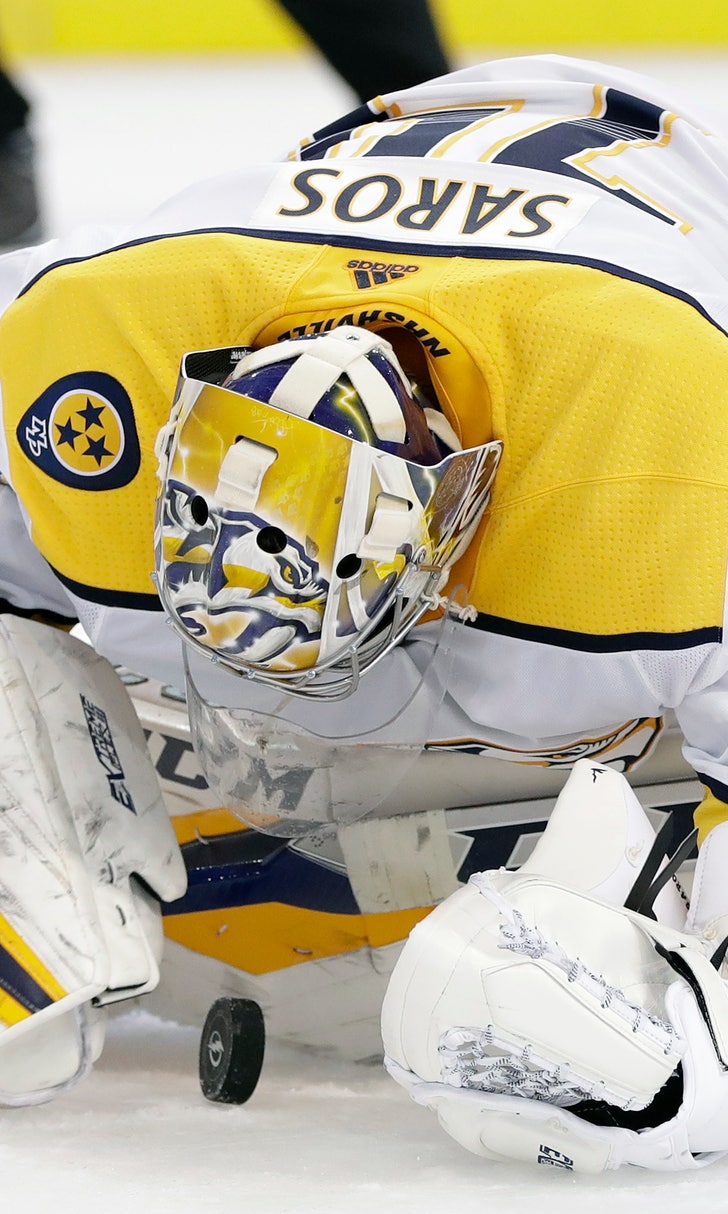 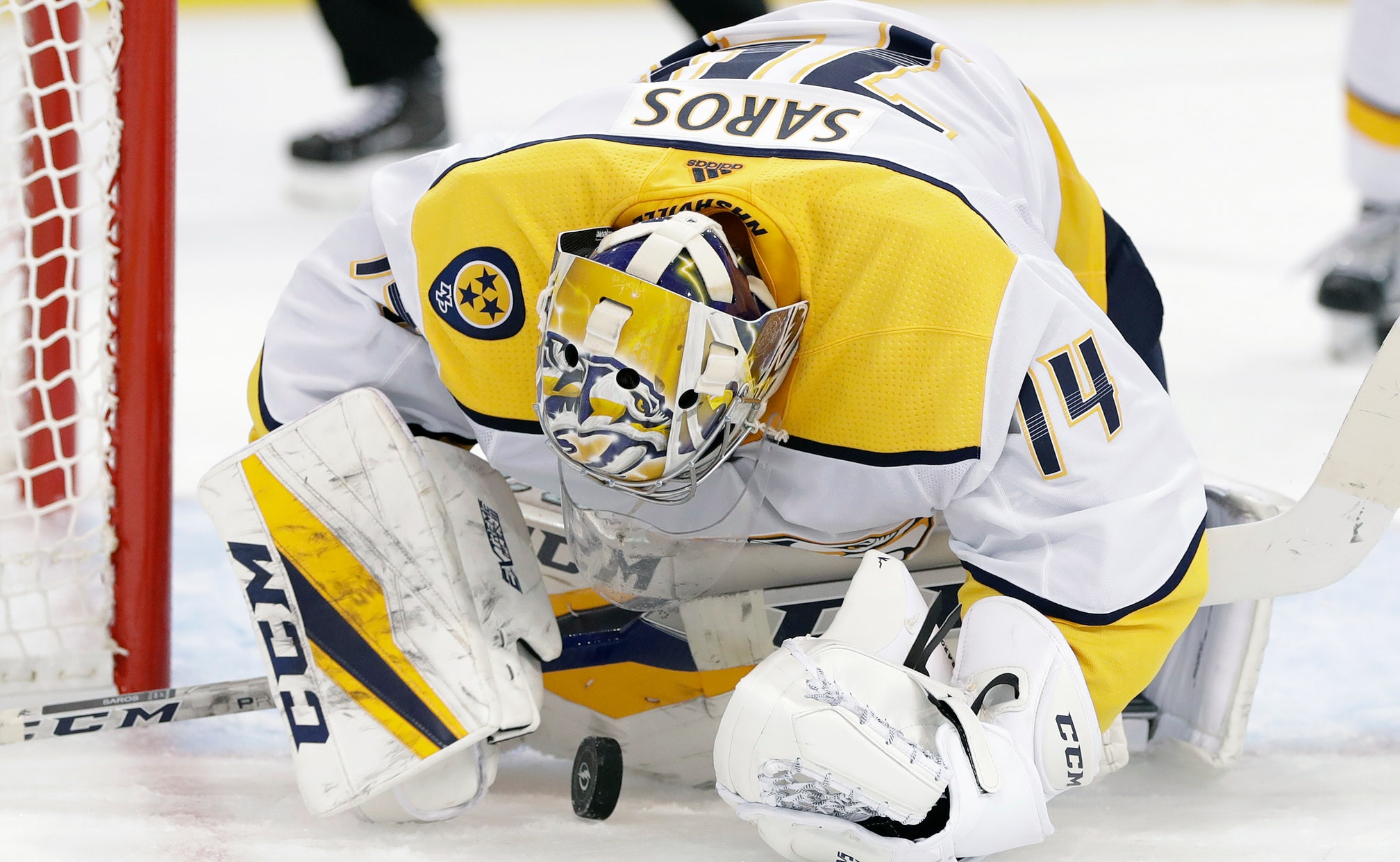 NASHVILLE, Tenn. (AP) — The Nashville Predators see no reason to make any major changes to a roster that won the franchise's first Presidents' Trophy, not with a group that has been so very close to that elusive Stanley Cup the past two seasons.

"It didn't work out in the playoffs the way we wanted," Nashville captain Roman Josi said. "But we truly believe this team can win a Stanley Cup, and that's why we want to keep this team together."

The Predators lost the 2017 Stanley Cup Final in six games to Pittsburgh and followed that up with the best regular season in team history. But Nashville's quest for a repeat run to the Final ended in the first Game 7 on home ice in the Western Conference semifinals with a loss to Winnipeg , the team that finished second overall behind the Predators in the regular season.

Defenseman Mattias Ekholm said a Game 7 can go either way. The Predators know the rest of the Western Conference keeps loading up with talent through trades and signings. That makes just reaching the playoffs a challenge in the West, much less repeating either as conference or Central Division champs.

"It's a privilege we are together still, and we barely had any change on our roster," Ekholm said. "I see that as a very positive thing."

Some other things to know about the Predators this season:

Pekka Rinne is coming off a Vezina Trophy-winning season, his first in his fourth time as a finalist for the award for the NHL's top goalie in the regular season. He was at his best carrying the Predators to the Presidents' Trophy, going 42-13-4 with eight shutouts, a 2.31 goals-against average and a .927 save percentage. He also earned his 300th career victory on Feb. 22. Rinne turns 36 in November and is going into the final season of his current contract.

The Predators also signed Rinne's backup, a fellow Finn in Juuse Saros who was named to the NHL's All-Rookie team for the season. Saros, 23, signed a three-year extension after going 11-5-7 with a 2.44 goals-against average and .925 save percentage.

"There's more skill on the ice than ever before, the same goes for goalies," Rinne said. "You really have to take care of yourself, and I feel like I had a good summer. I'm healthy and energized and feel really good so looking forward to this season."

Center Mike Fisher retired again, this time for good after coming out of retirement to rejoin the Predators in late February. Veteran forward Scott Hartnell also was let go with his experienced replaced by signing Dan Hamhuis, a defenseman Nashville drafted at No. 12 in the 2001 entry draft. Defenseman Alexei Emelin also was allowed to leave for the KHL.

Along with an extension for Saros, general manager David Poile also signed forwards Ryan Hartman and Miikka Salomaki to extensions keeping the restricted free agents around. The biggest deal of the offseason for Nashville easily was signing defenseman Ryan Ellis to an eight-year deal worth $50 million that keeps him under contract through the 2026-27 season. Ellis still had a season remaining, so Poile kept the defenseman's status from hanging over the Predators. The move also keeps three of Nashville's top four defensemen — Ellis, P.K. Subban and Ekholm — signed through the 2021-22 season.

Eeli Tolvanen couldn't have come to the NHL with much higher expectations after setting a scoring record as an 18-year-old for Jokerit in the Kontinental Hockey League, and he also tied for the second-most points by an under-19 player for Finland at the Winter Olympics with nine points in five games. He played three games down the stretch for Nashville. Rinne said European media were disappointed Tolvanen didn't have a hat trick in his opener, but the goalie believes the teen made the right move to get acquainted with the Predators last spring.

"I'm expecting big things out of him," Rinne said.

The Predators sure could use a big step forward in the regular season by the big first-line center. Johansen ranked fourth on the team in points in the regular season with 54 in 79 games. Then Johansen scored better than a point a game with 14 points in 13 games in the postseason, and the center looking a bit more at the net than passing could provide a boost across the top line with Filip Forsberg.