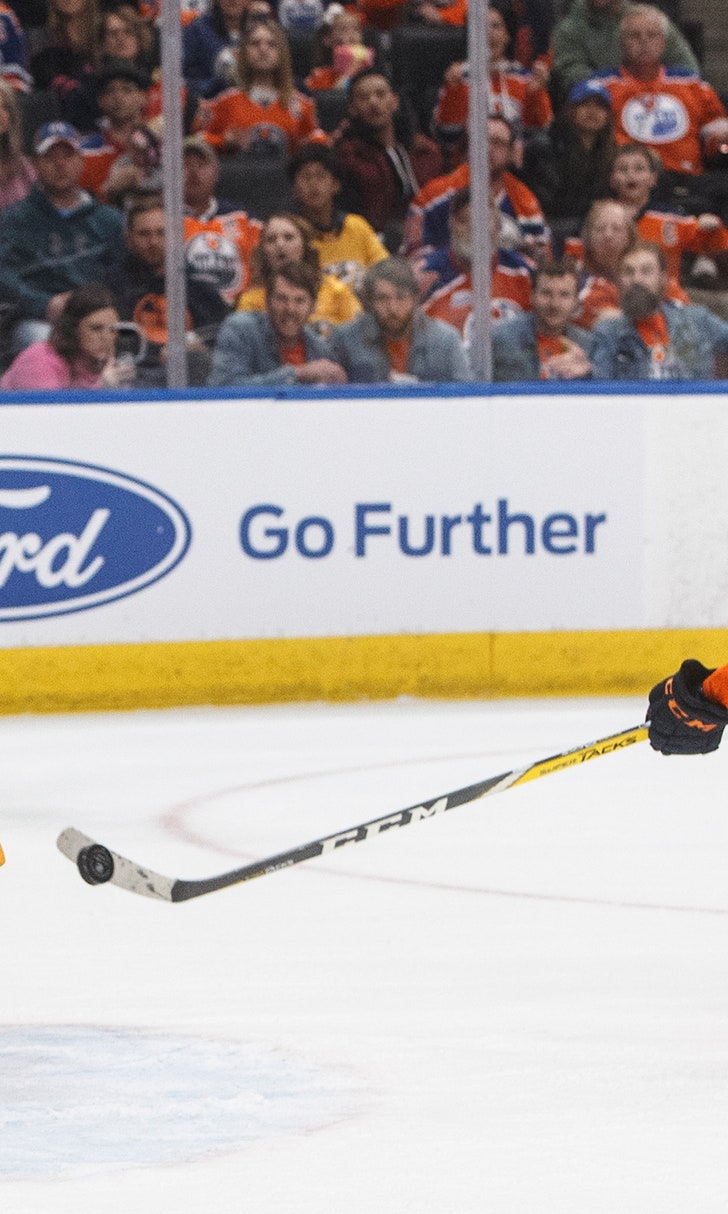 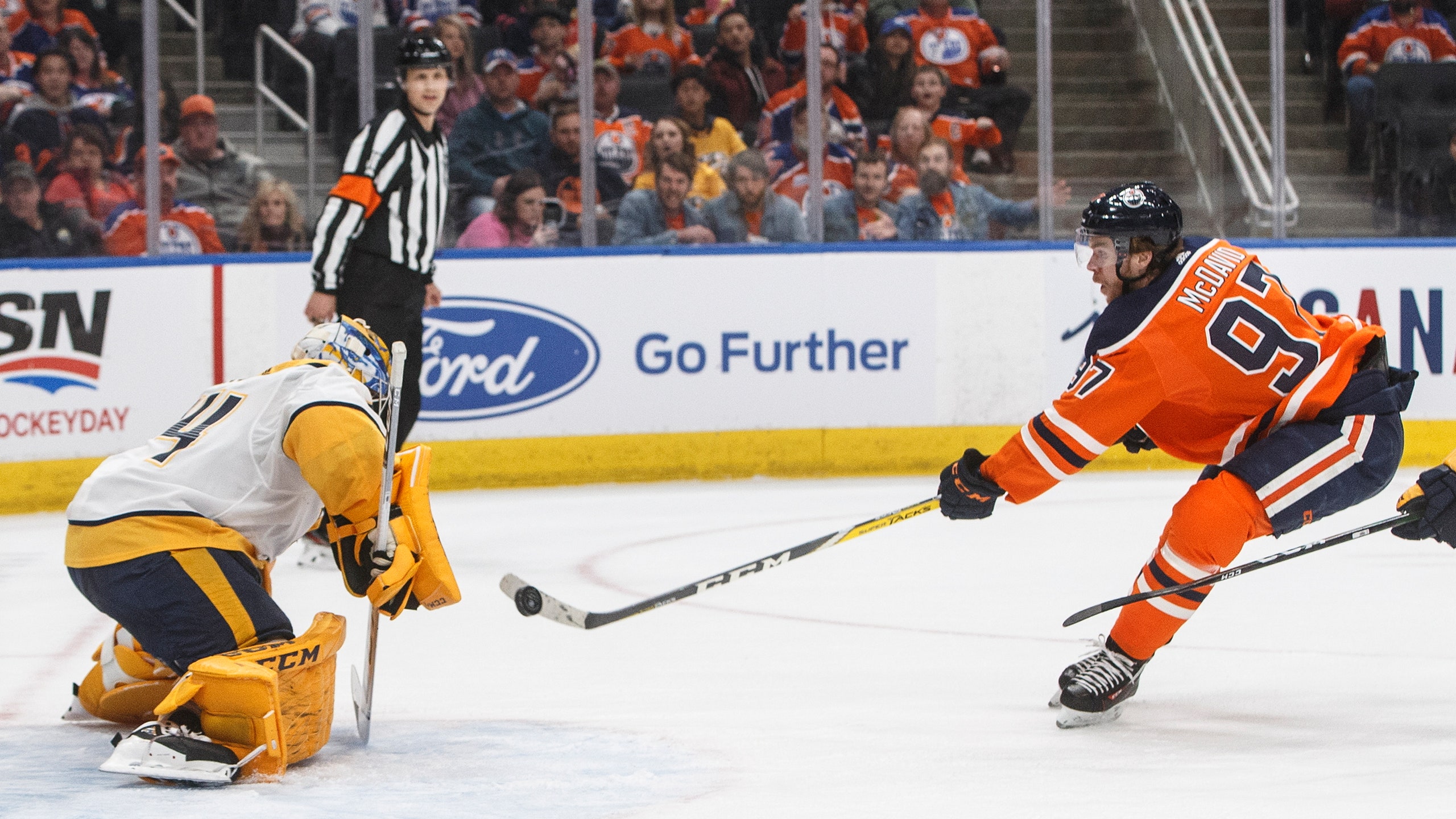 previous story
Puppy love: Westminster dog at the heart of a human romance
next story
Rondo, Davis lead Lakers to 125-100 rout of Suns

Oilers' Connor McDavid out 2 to 3 weeks with quad injury

EDMONTON, Alberta (AP) — Edmonton captain Connor McDavid will be out two to three weeks with a quad injury.

The injury was initially said to be a bruised knee from Saturday’s game against the Nashville Predators. McDavid later called it a charley horse/quad injury.

"I just banged it," he said Monday, saying the leg was "sore and swollen."

The Oilers captain said the injury was not related to the knee problem sustained in last year's season finale against Calgary. McDavid suffered a tear of the posterior cruciate ligament, a torn meniscus and cracked fibia.

The 23-year-old McDavid was second in the league in points with 81 going into Tuesday's games. He has 30 goals and 51 assists.