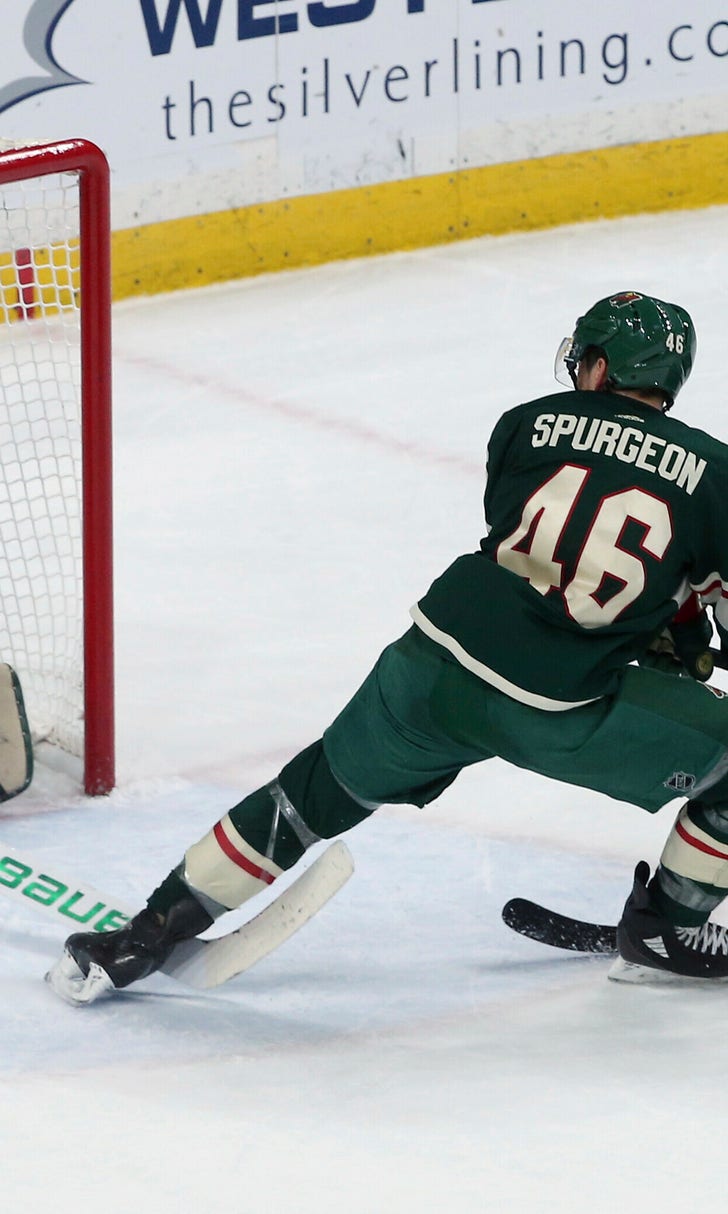 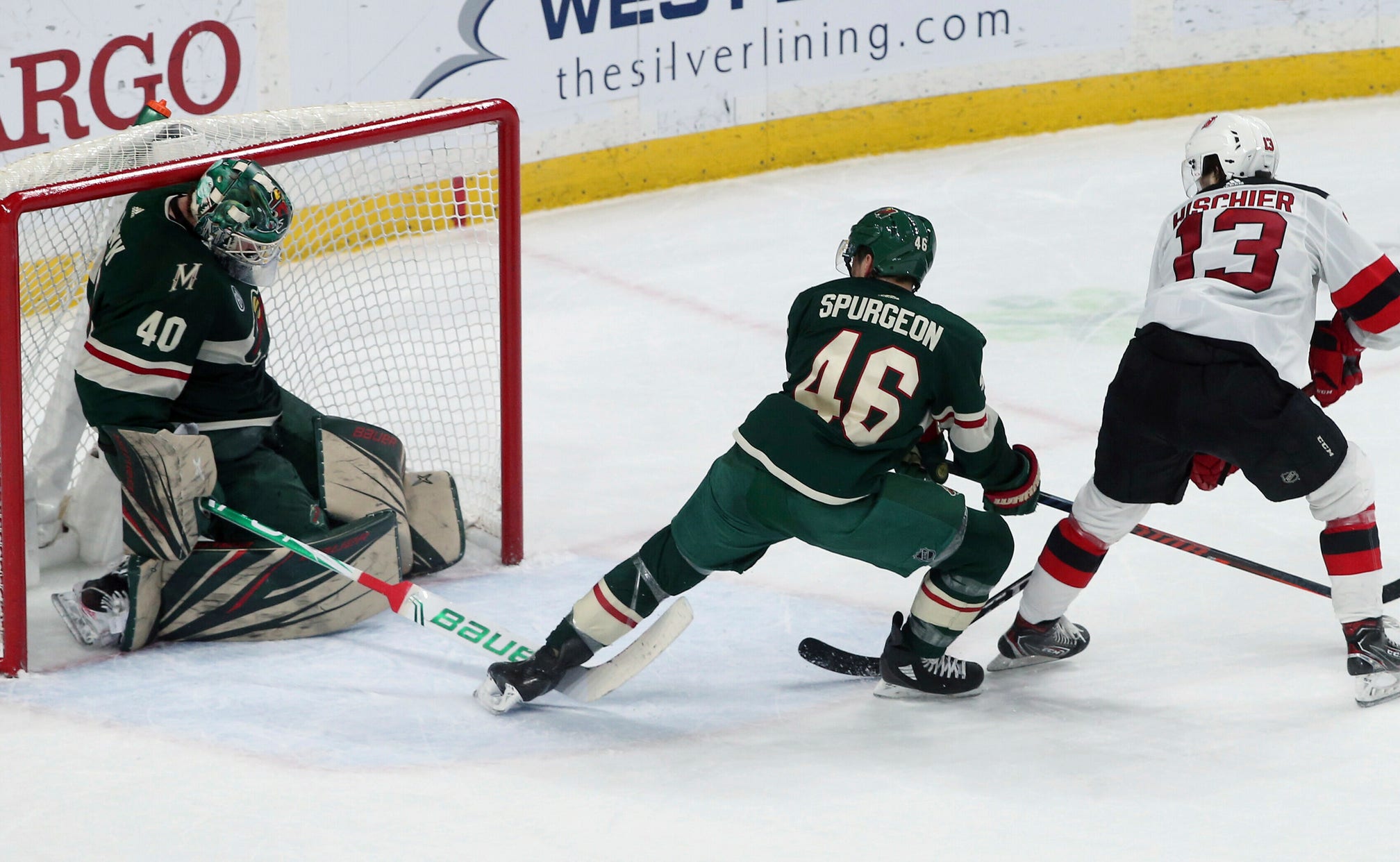 ST. PAUL, Minn. (AP) — A goaltender who was winless in his previous 21 decisions outplayed an All-Star down the stretch Friday night.

Cory Schneider got his first win in nearly 14 months when Nico Hischier scored 3:19 into overtime, lifting the New Jersey Devils to a wild 5-4 victory over the slumping Minnesota Wild.

Hischier, Marcus Johansson and Kyle Palmieri each had a goal and an assist for the Devils, who won for the second time in eight games. Will Butcher and Ben Lovejoy also scored.

"We've talked a lot about when things aren't going well and adversity strikes it's up to the way we care about each other and tonight showed that," Palmieri said. "It was our culture coming out and believing in each other."

Schneider had 15 saves in relief of Keith Kinkaid, including three in overtime. He allowed five goals Thursday in Chicago and was 0-17-4 since his last win on Dec. 27, 2017.

"Sometimes things happen in a strange way, but I was more excited for our team just to show some mettle and to come back and win a tough game after a tough trip," Schneider said. "It was nice to see us get rewarded as a group. For anybody who knows me, I'm not overly emotional one way or another. I think everyone else was more excited about it than I was."

In overtime, Wild goaltender Devan Dubnyk's errant pass behind the net was picked off by Palmieri. Dubnyk made a save before Hischier whacked in a loose puck to complete an improbable comeback.

Dubnyk, who played in his third All-Star game last month, has allowed 10 goals in the last two games, both losses that included Minnesota blowing a multi-goal lead.

"They're finding their way in. It's frustrating," he said. "We probably deserved four points out of the last two games and we only got one. Got to find a way."

Coach Bruce Boudreau was non-committal when asked if Dubnyk will start Sunday against St. Louis.

"It'll be a conversation that the coaches and the goalie coach have tomorrow and the GM and we'll see what transpires," Boudreau said. "There's a couple things. We're not blind. We saw how they went in, but the other thing that bothers me is we do this all the time, we get them down and you don't get that killer instinct and you stop playing and you try to defend all the time and it's a losing way to play."

Playing for the third time in four nights, New Jersey trailed 4-1 late in the second period before Butcher scored off a deflected pass. Palmieri added a power-play goal midway through the third.

Lovejoy scored with 2:45 left in regulation when he beat Dubnyk with a low slap shot from the left circle.

Mikael Granlund and Brad Hunt each had a goal and assist for Minnesota, which dropped to 1-4-3 in its past eight games. Joel Eriksson Ek and Nick Seeler also scored, and Ryan Suter had two assists.

The Wild are clinging to the final playoff wild card in the jumbled Western Conference.

Hunt scored a power-play goal and Eriksson Ek turned a gaffe by Kinkaid behind his net into an easy wraparound for a 2-0 lead midway through the first.

Johansson converted a one-timer 26 seconds into the second before Seeler and Granlund scored to increase Minnesota's lead to 4-1 and end Kinkaid's night with 13 saves.

NOTES: New Jersey is 2-18-2 when trailing after the first period. ... The Devils placed C Blake Coleman (upper body) on injured reserve and activated LW Miles Wood off IR. Coleman has 18 goals, second-best on the team. ... Play was stopped in the first period when, prior to a TV timeout, the Wild ice crew opened the Zamboni door thinking Dubnyk held onto the puck after a save during a New Jersey forecheck.

Nico Hischier
share story
those were the latest stories
Want to see more?
View All Stories
Fox Sports™ and © 2021 Fox Media LLC and Fox Sports Interactive Media, LLC. All rights reserved. Use of this website (including any and all parts and components) constitutes your acceptance of these Terms of Use and Updated Privacy Policy. Advertising Choices. Do Not Sell my Personal Info