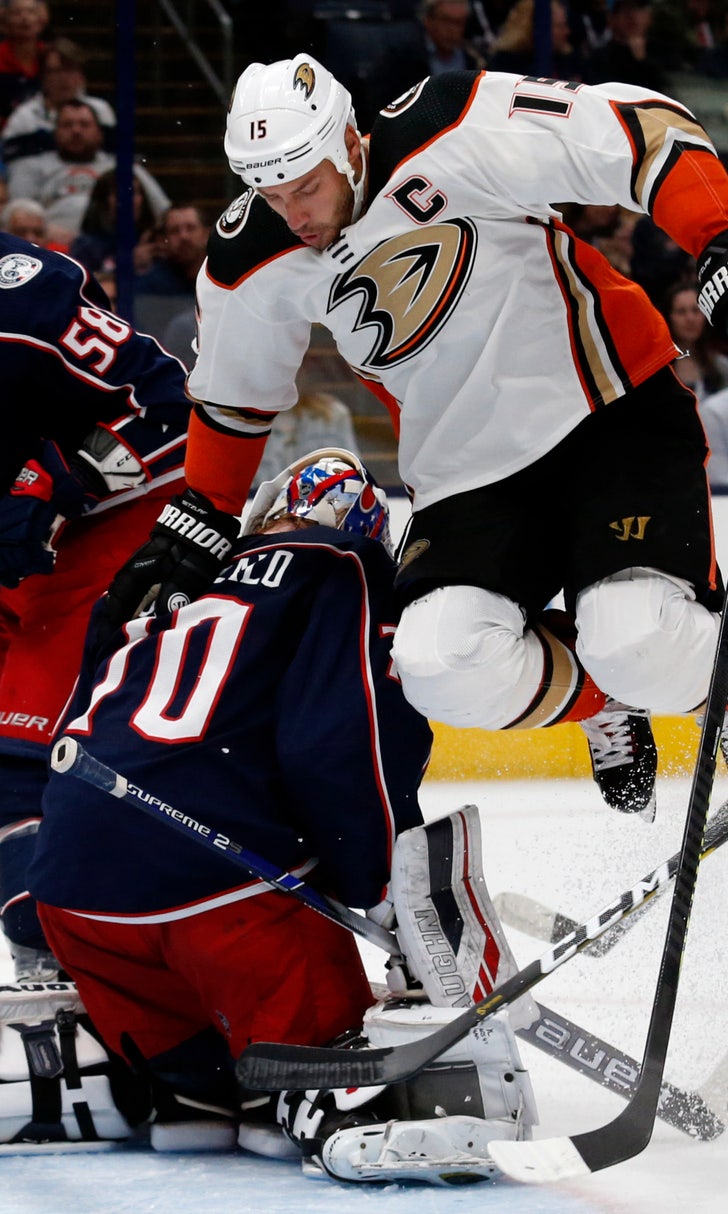 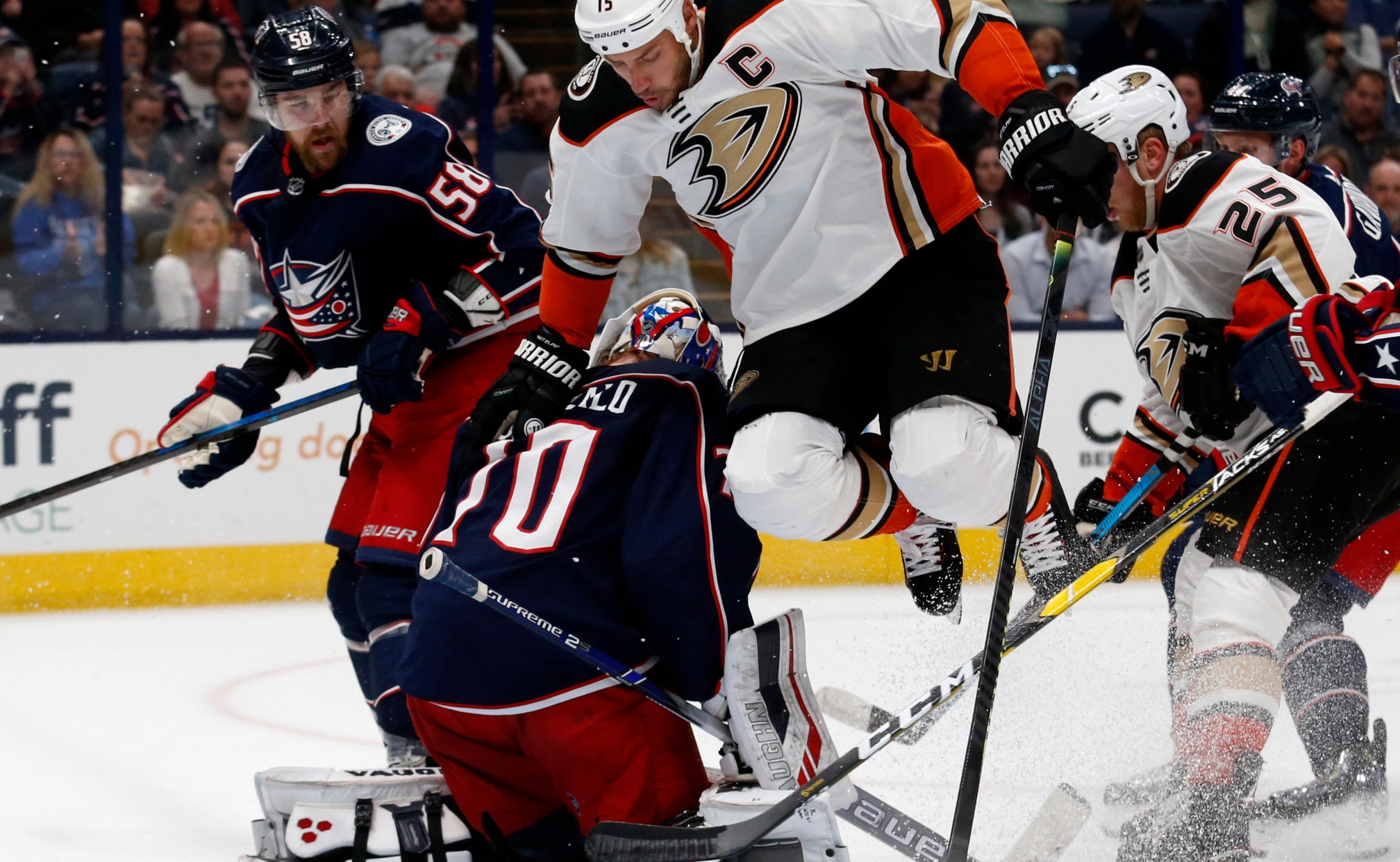 COLUMBUS, Ohio (AP) — The Anaheim Ducks aren't scoring many goals. They haven't needed many in winning four of their first five games.

The Ducks surrendered just one goal in each of the four wins this season and gave up only two in their only setback. Meanwhile, they're averaging just over two goals per game. But it's been enough.

Anaheim got assistance from a carom off the skate of an official and a great game from 39-year-old goaltender Ryan Miller in his first start of the season, beating the Columbus Blue Jackets 2-1 on Friday night.

Miller was slotted in for regular starter John Gibson on the second night of a back-to-back. That gives Miller a 1.0 goals per game average to go along with Miller's 1.26.

"He played great, kept us in the hockey game," said Ducks defenseman Cam Fowler, who scored the goal that counted as the winner. "That's what you expect out of a guy like him who's been around a long time. He prepares himself, works, hard, does the little extra things in practice to make sure he's prepared for the game, and I was happy to see his hard work pay off."

After a scoreless first period, Anaheim's Jakob Silverberg got a short-handed goal when he put back a rebound to cap an odd-man rush that was set up by a deflection off a lineman's skate. Fowler scored two minutes later, taking a drop pass from Ondrej Kase and beating Korpisalo from the right circle.

"The big play is when they score short-handed," Columbus coach John Tortorella said. "It was an unlucky one. It went off the ref's skate. They score, then we give up an odd-man rush and they score (again). You just can't do that."

Dubois made it a one-goal game late in the second when he tore down the left side and delivered a sharp-angle shot that went in off Miller's arm. The Blue Jackets hit the post on at least two other occasions.

"I think we could have a little bit more traffic in front of him," Dubois said. "We got some shots, traffic, none going in."

Miller shut down Columbus' best chance to tie the score when he got a stick on Seth Jones' point-blank shot on a short-handed rush with about 11 minutes left in the game.

"There's not many situations that you can throw at him that he hasn't been through," Anaheim coach Dallas Eakins said. "He's calm back there. He's almost like a second coach back there sometimes."

Columbus pulled the goalie with two minutes remaining but managed only two shots with the man advantage.

"Win it any way you can," Miller said. "We're still getting comfortable in certain positions with some young guys, guys are slotting into different spots, rotating almost. There's going to be flow eventually."

The 4-1 record matches the best start in Ducks history. They've done it four other times, most recently in 2014-15.

NOTES: Columbus put F Josh Anderson on injured reserve and recalled Markus Hannikainen from Cleveland of the American Hockey League. ... Anaheim F Ryan Getzlaf played in his 989th game, becoming the Ducks' all-time games-played leader. The 34-year-old passed Corey Perry, who played 988 games in 14 seasons with Anaheim. ... Ducks D Brendan Guhle was out with a lower-body injury. ... Anaheim has killed 15 of 16 penalties this season, including three against Columbus. ... The Ducks have failed to score a goal in 10 power-play chances.

Ducks: At Boston on Monday.