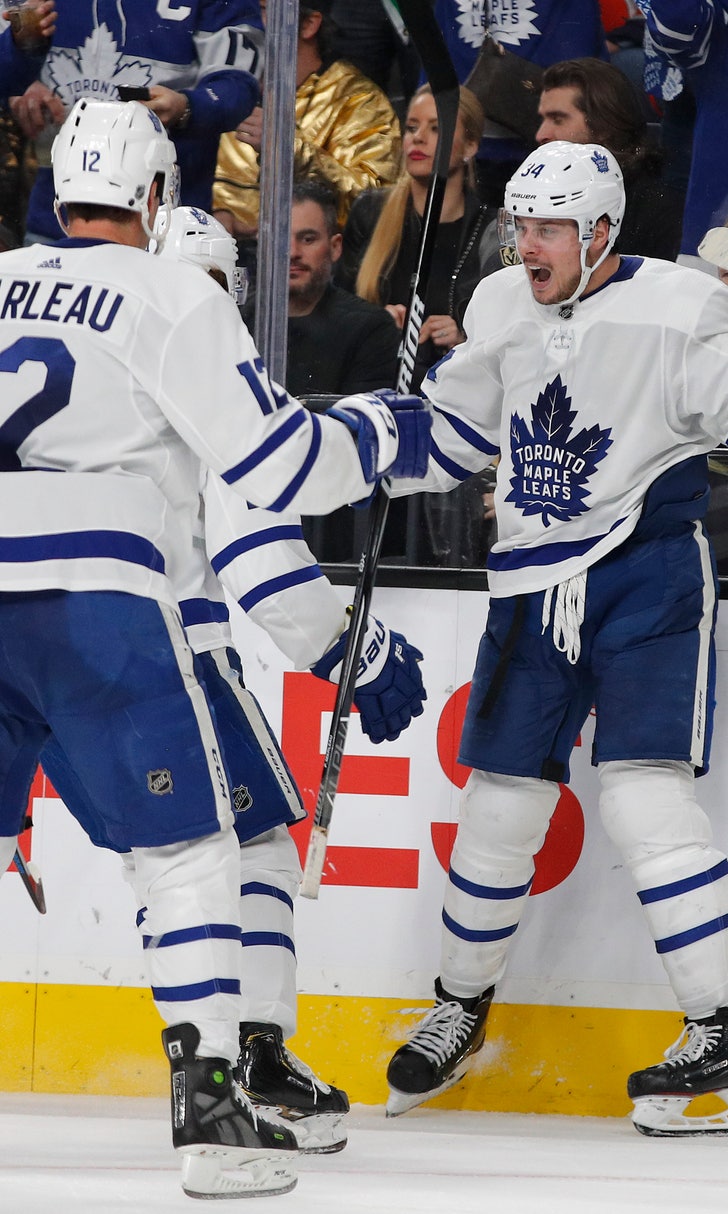 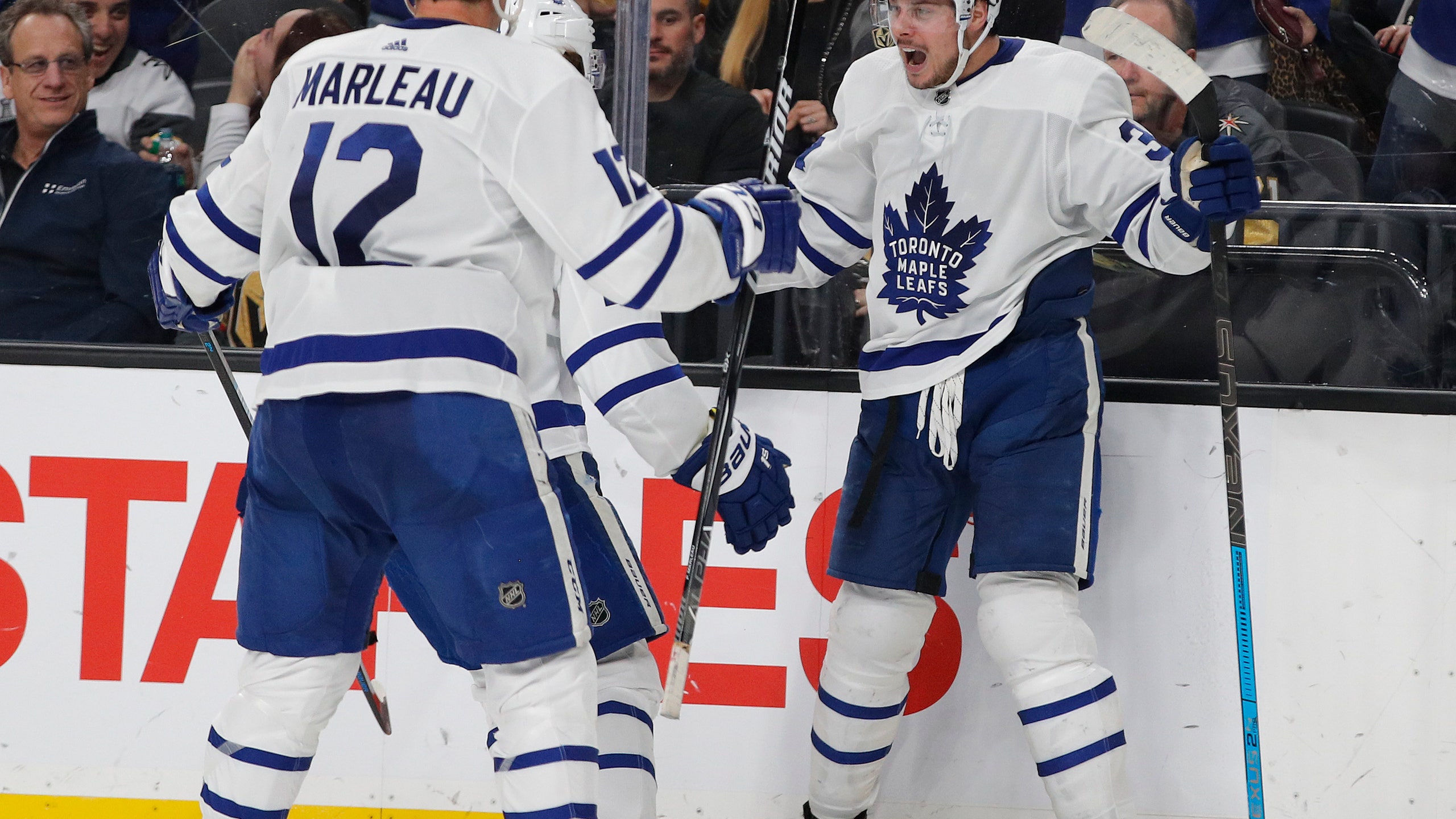 Matthews scored two goals, including the 100th of his career, to lead the Maple Leafs to a 6-3 victory over the Vegas Golden Knights.

"I like playing here," said Matthews, whose 100th point came on Dec. 31, 2017. "The two times we've been here the atmosphere is unbelievable, the fans are into it. When you're the opposing team it's an easy game to get into, when the crowd, and the atmosphere, the music and everything is like it is. It's like a big party, so it's fun to play in."

Morgan Rielly scored his fifth game-winner when his shot made its way through traffic to beat Marc-Andre Fleury and put Toronto ahead 4-3 at the midway point of the third period.

"Close game going into the third, they score a big goal, I thought we responded well," said Rielly, who has a point in 10 of his last 17 games. "This is a pretty cool place to play, pretty cool building to play in, so we were excited to come in here."

Andersen, who is three games away from the 300th in his career, came up with huge saves in each period, including breakaway chances for Vegas in the first and third periods.

"Of course you want to make stops when they come your way ... that's just important times where they could have gained some momentum, but I felt pretty good in there," Anderson said. "We were able to score some big goals and answer their goals pretty well."

Vegas has lost three in a row and a franchise-record five straight at T-Mobile Arena, including the first three of a four-game homestand. Since a 4-2 home loss to Minnesota on Jan. 21, the Golden Knights are 2-7-0, and have been outscored 34-21 in that span.

Vegas, which was 29-10-2 at home last season, dropped to 16-9-3 at home this season. The Golden Knights didn't have their ninth home loss last season until March 2.

Paul Stastny, Oscar Lindberg and William Karlsson scored for Vegas. Fleury made 36 saves but allowed a season-high six goals. Fleury has allowed 17 goals in his last four starts. The last time Fleury held an opponent to one or fewer goals was Jan. 1.

The Maple Leafs took a 1-0 lead in the first period when Johnsson beat Fleury for a power-play goal, one of two Toronto would score with an extra man. Vegas, which came into the game ranked sixth in the league with its penalty kill and tied for the league's best home penalty kill, has now allowed at least one power-play goal in five straight games.

Stastny, who has at least one point in 15 of his last 20 games, tied the game for Vegas early in the second period with a short-handed goal. Vegas made it 2-1 when Lindberg took a pass from Cody Eakin and one-timed it past Anderson.

The lead wouldn't last long, though, as Marleau reached to tap in the loose puck, which Fleury inadvertently kicked into the net, tying the game at 2-all. Matthews' team-high 10th power-play goal put the Maple Leafs back in front, 3-2.

The Golden Knights made it 3-3 early in the third, when Karlsson redirected Jon Merrill's top from the top, but Rielly's game-winner put the Leafs ahead for good, and Matthews and Marner added goals late in the third to put away the game.

NOTES: Vegas defenseman Deryk Engelland played in his 600th career game. ... The Golden Knights have allowed only 11 goals in 80 times short-handed during the 28 games played at T-Mobile Arena this season. ... Johnsson left the game in the second period, and did not return, after being kneed in the left leg by Vegas defenseman Brayden McNabb. ... Marner has at least one point in 11 of the last 15 games.