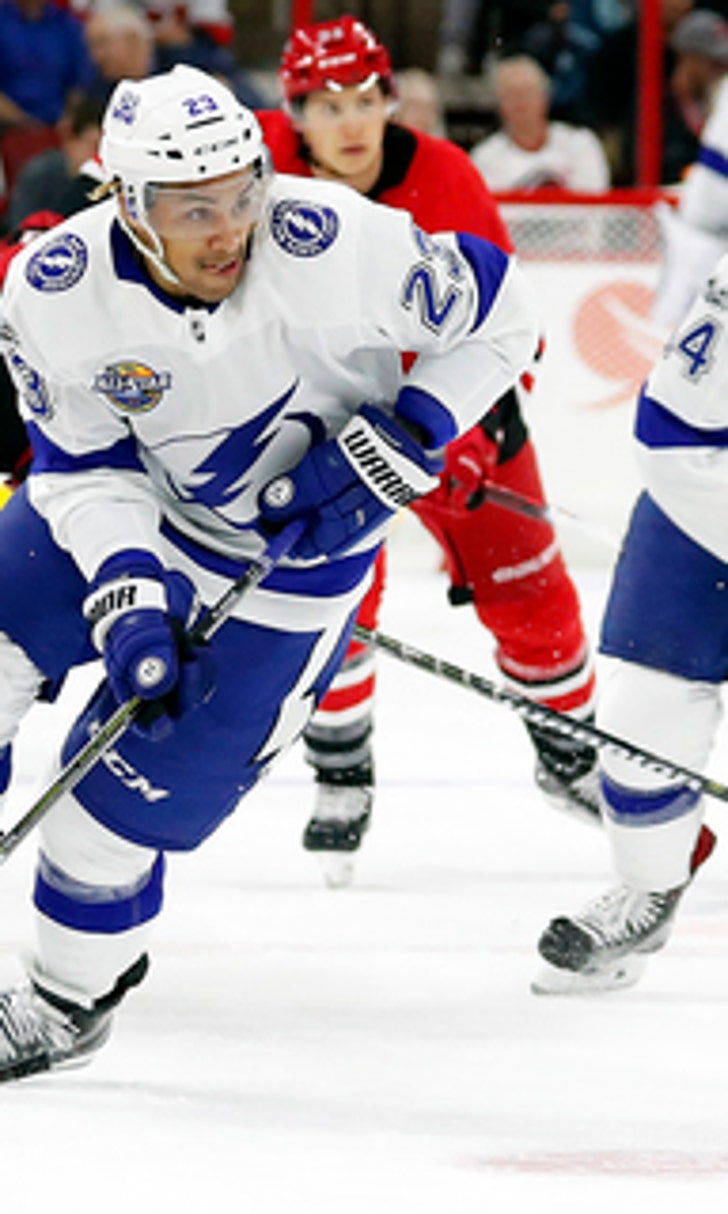 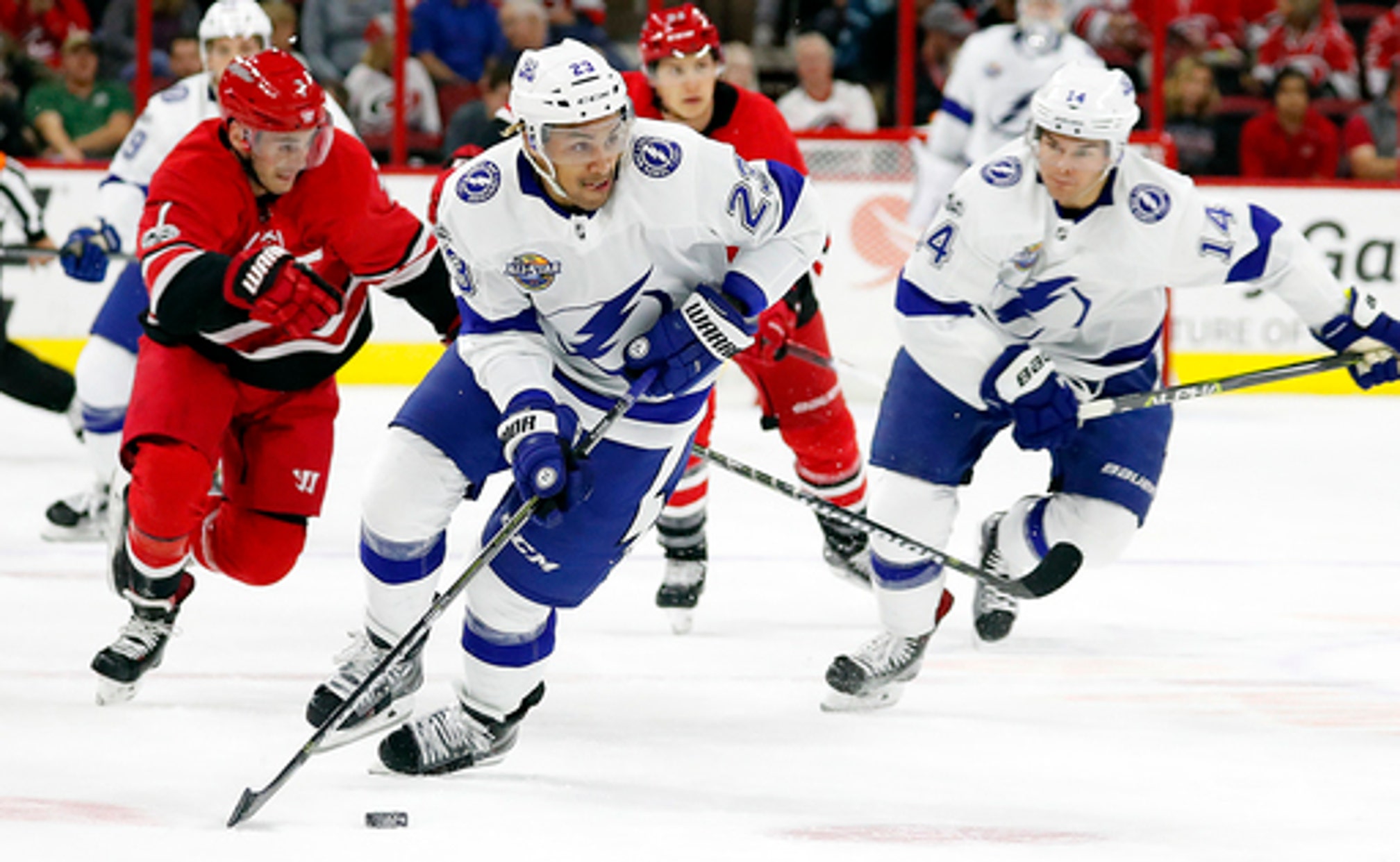 RALEIGH, N.C. (AP) The surging Tampa Bay Lightning kept their impressive streaks going - even if they needed all 60 minutes to do it.

The Lightning pulled away to beat the Carolina Hurricanes 5-1 on Tuesday night, winning their third straight and earning at least a point in their eighth straight game.

Steven Stamkos had two assists, giving him league leads with 17 assists and 20 points, and Nikita Kucherov scored his 11th goal with 4 seconds left.

Both players have 10-game points streaks - one shy of Martin St. Louis' 8-year-old club record to begin a season. And the third member of that line - Vladislav Namestnikov, who scored one of Tampa Bay's two empty-net goals - has points in seven straight games.

''We want our goal-scorers to score goals, and (Kucherov), Stammer and (Namestnikov) have some great chemistry to start off the year,'' defenseman Victor Hedman said.

Tyler Johnson had a power-play goal and an assist, rookie Mikhail Sergachev also scored and Ryan Callahan added an empty-net goal for the Lightning, who scored three goals in the final 2:33 to turn a tight game into a blowout.

Tampa Bay padded its league leads with eight victories and 17 points, and improved to 7-0-1 in its last eight games.

Andrei Vasilevskiy stopped 30 shots for Tampa Bay while extending yet another streak, winning his seventh straight start. He leads the NHL with eight victories.

''We knew this was going to be a close game - obviously, 5-1 wasn't very indicative, it was a 2-1 game,'' Stamkos said. ''We knew it was going to be tight checking, and (Vasilevskiy) played great. If you ask anyone in this room, he's one of the best in the world. We're happy he's on our team, and he's a big reason why we've started the way we have.''

Jaccob Slavin scored and Scott Darling made 24 saves for the Hurricanes, playing their first home game in two weeks. Carolina was scoreless on four power-play chances.

''We can definitely get a better killer instinct for putting the puck in the net,'' co-captain Jordan Staal said. ''I thought our (power play) could have really been a difference-maker tonight. ... That's got to be rolling a little better if you want to win games.''

Slavin pulled Carolina to 2-1 with 16:32 remaining, beating Vasilevskiy with a wrist shot from between the circles to finish a chaotic sequence that included a pileup in front of the Tampa Bay goal.

Vasileskiy was strong after that, with his best save coming midway through the third period when he went low to stop Derek Ryan from point-blank range. Namestnikov restored the Lightning's two-goal lead with 2:33 left and Callahan added one with 1:20 remaining.

Sergachev, a rookie skating in his 10th career game, put the Lightning up 2-0 at 9:13 of the second period with a knuckleballing shot from the circle that capped a furious sequence in front of Darling. All four of Sergachev's goals have come in his last three games.

Johnson scored first for Tampa Bay with 35 seconds left in the first period and with 5 seconds left on a holding penalty to Justin Williams. Johnson whacked in the rebound of Ondrej Palat's shot into an open net.

Lightning: Return home, where they are 5-0-0, to face Detroit on Thursday.