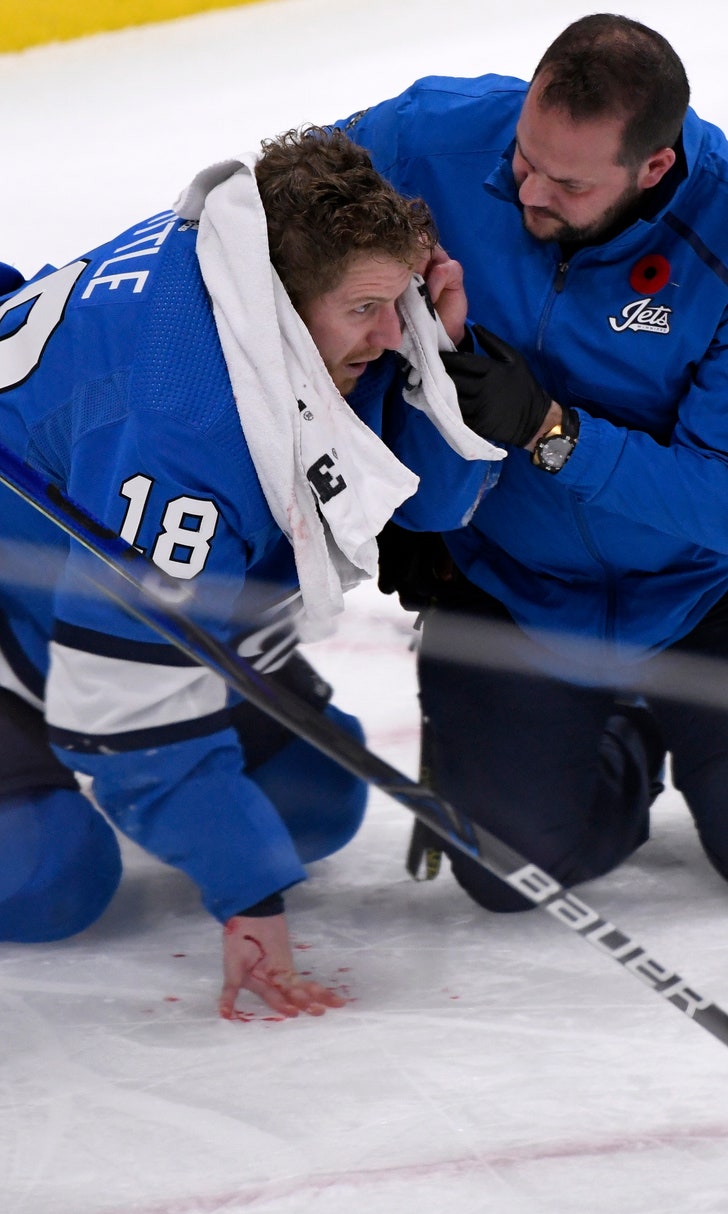 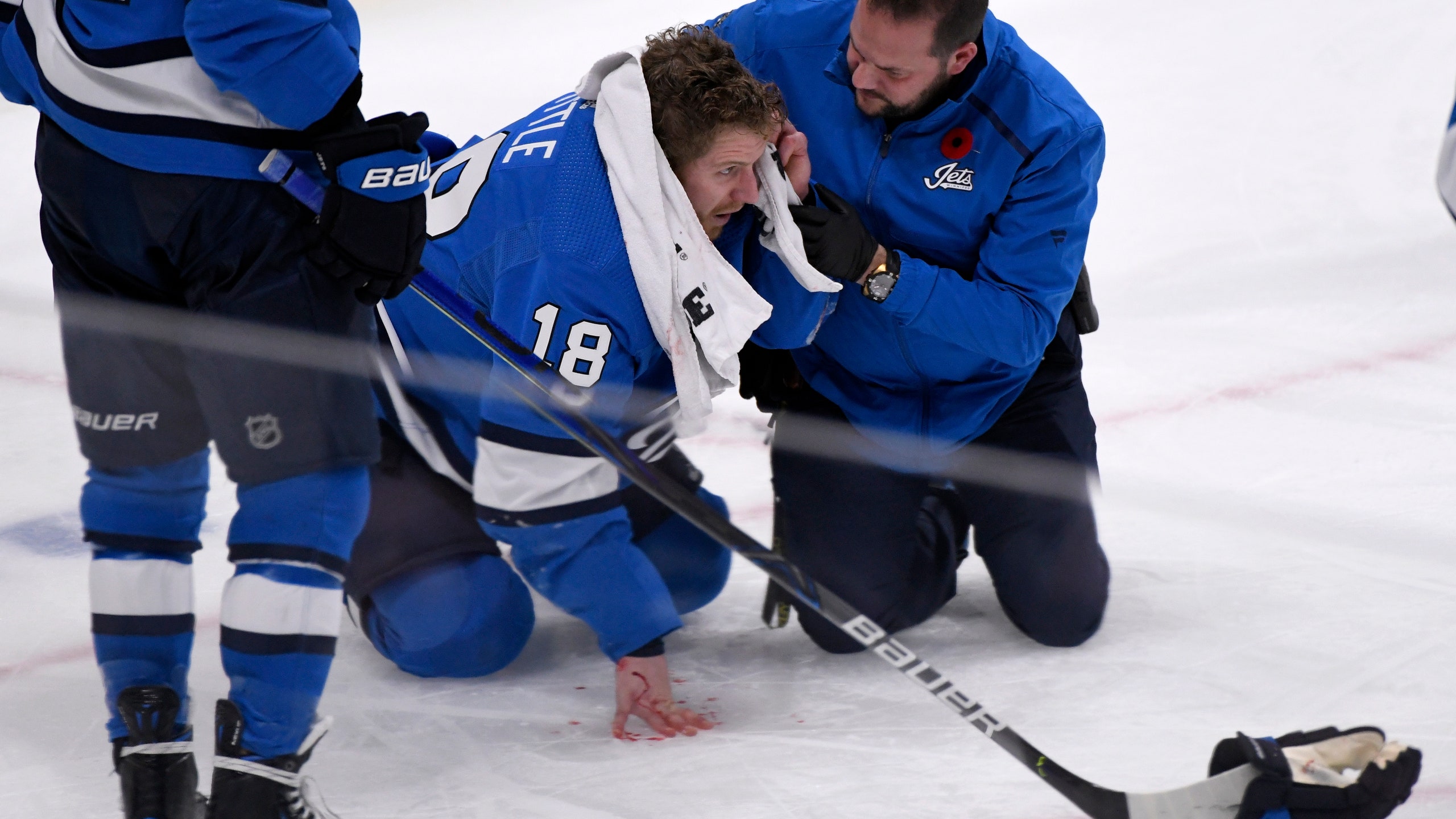 Jets center Little hospitalized after being struck by puck

WINNIPEG, Manitoba (AP) — Winnipeg Jets forward Bryan Little remained hospitalized Wednesday, a day after being struck near the ear by a puck.

Little was skating behind the net midway through the third period in a 2-1 home loss to New Jersey when teammate Nikolaj Ehlers fired a rising slap shot from the point. The puck hit Little on his left side and he fell to the ice, putting his head in his hands as blood dripped.

The Jets said Wednesday that Little was taken to St. Boniface Hospital and needed 25-30 stitches to close a cut, then was transferred to the Health Sciences Centre's neurological unit for further observation.

The team said the 31-year-old center was alert at all times and in good spirits Wednesday morning. Little has two goals and three assists in seven games after sitting out the first nine of the season because of a concussion.