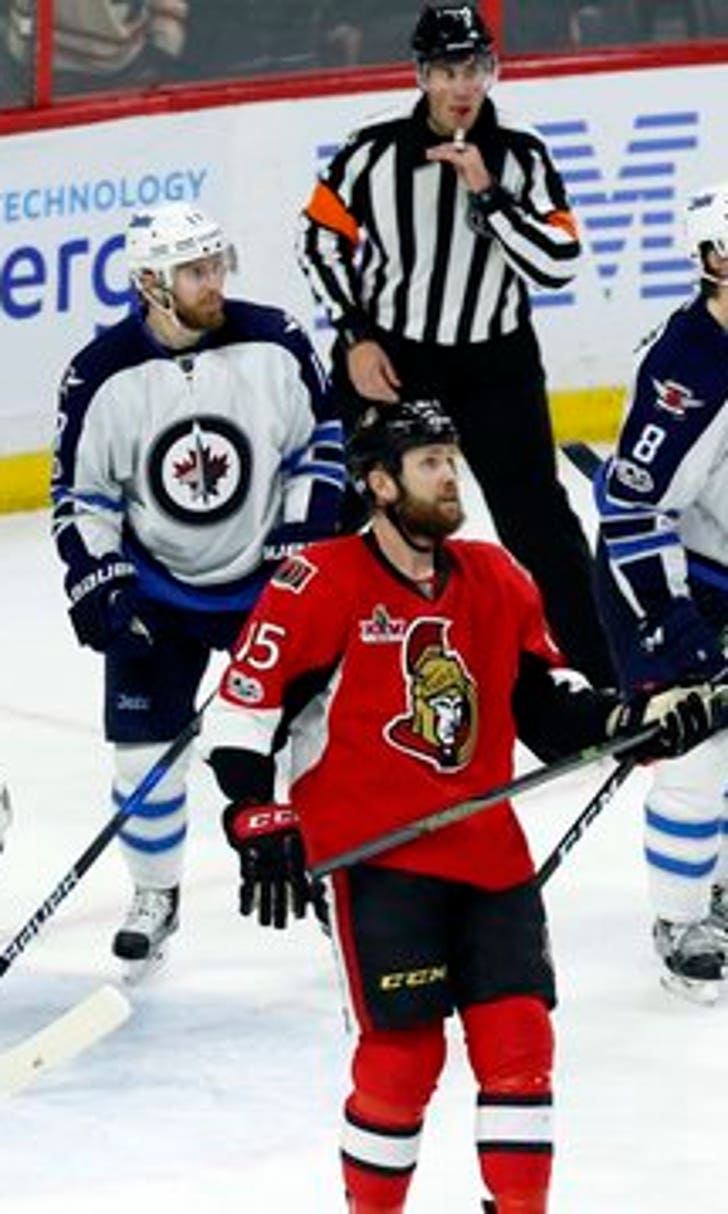 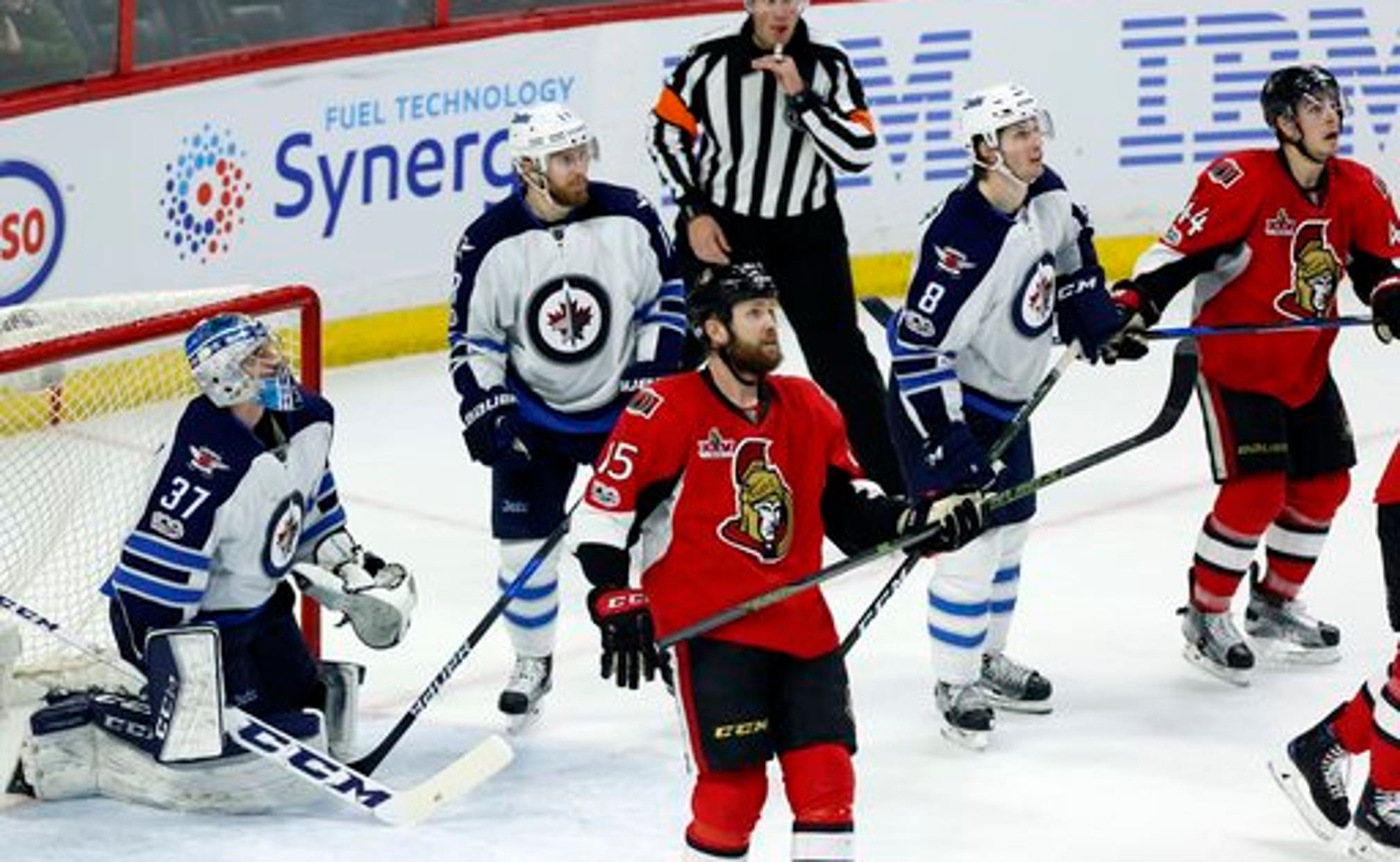 Josh Morrissey scored early in the third period to give Winnipeg a two-goal lead, and the Jets held on for a 3-2 victory over the Senators.

''At some point it felt like there was nobody on the bench, but a lot of character on our bench and our guys played to the end,'' said Boucher, who had no specific update on any of the injuries. ''I thought we deserved a much, much better fate.''

Hoffman left in the first period with an undisclosed injury. Stone took an elbow to the head from Jacob Trouba seven minutes into the third and didn't return. Wingels also exited in the third.

''It doesn't look good. We have to wait until tomorrow to be clear and precise, but right now we could be losing quite a few guys,'' Boucher said.

Morrissey made it 3-1 at 2:33 when his wrist shot from the blue line eluded Senators goalie Mike Condon.

Dustin Byfuglien and Mathieu Perreault also scored for the Jets, who won their second consecutive game. Mark Scheifele and Patrik Laine each had two assists, and Connor Hellebuyck made 32 saves.

Zack Smith pulled the Senators within a goal when a redirected pass hit his skate and went in at 5:05 of the third. Ottawa thought it had tied the game in the waning seconds, but a no-goal call stood when officials determined there was no conclusive evidence to overturn the ruling.

''From what we saw it went in. The guys that were there at the net said it did, but it was inconclusive so there's not much you can do,'' Smith said. ''It would have been nice to push that one to overtime because I like the way we were going towards the end.''

Stone had the other goal for the Senators, who also got two assists from Erik Karlsson and 17 saves from Condon.

The Jets were outshot 10-7 in the first despite carrying most of the play. Six of Ottawa's shots came in the final four minutes of the period.

Byfuglien opened the scoring 69 seconds into the game with a shot that beat Condon from the faceoff circle to his left.

Perreault gave the Jets a 2-0 lead with a swing-around backhand from the top of the crease that beat Condon at 12:28 of the first.

''It was great to get off to a good start and get that goal right away. To get a 2-0 lead on the road is a great way to start a game,'' Jets captain Blake Wheeler said.

The Senators had several chances in the period, none better than a 2-on-1 that ended with Wingels missing an open net following a pass from Curtis Lazar.

Stone's power-play goal at 5:10 of the second cut it to 2-1. Stone took a pass from Karlsson and fired a quick shot from the slot over the left shoulder of Hellebuyck.

NOTES: Ryan and Chris Neil were scratched by the Senators. Andrew Copp, Drew Stafford and Julian Melchori were the Winnipeg scratches. ... Senators D Mark Borowiecki began the day leading the NHL with 245 hits, 31 more than Toronto's Matt Martin, who was second. ... Jets forward Shawn Matthias turned 29. ... The Jets have gone five straight games without a power-play goal and are 0 for 14 with the man advantage during that span.

Jets: Play the last game before their bye week Tuesday in Toronto.

Senators: At the New Jersey Devils on Tuesday.